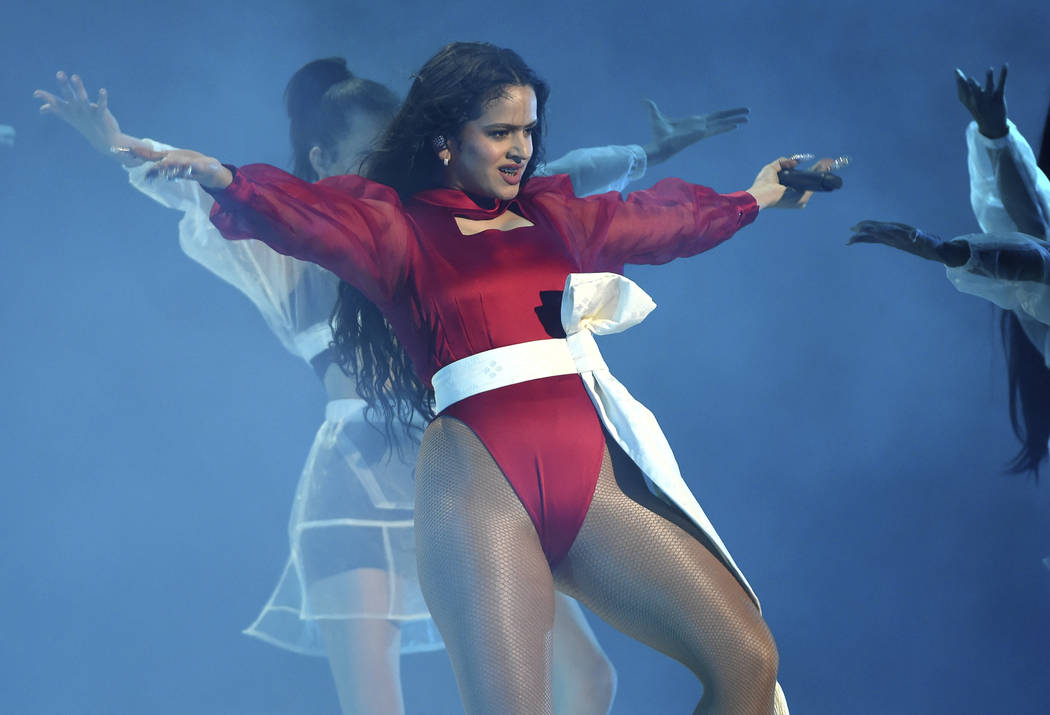 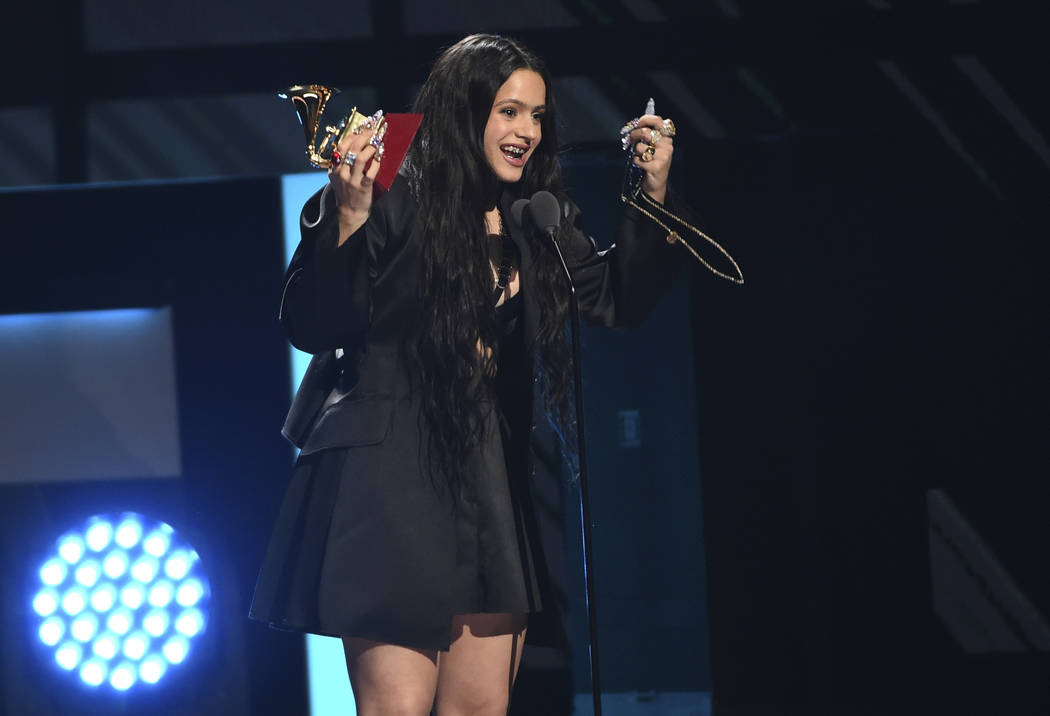 Rosalia accepts the award for album of the year for "El Mal Querer" at the 20th Latin Grammy Awards on Thursday, Nov. 14, 2019, at the MGM Grand Garden Arena in Las Vegas. (AP Photo/Chris Pizzello) 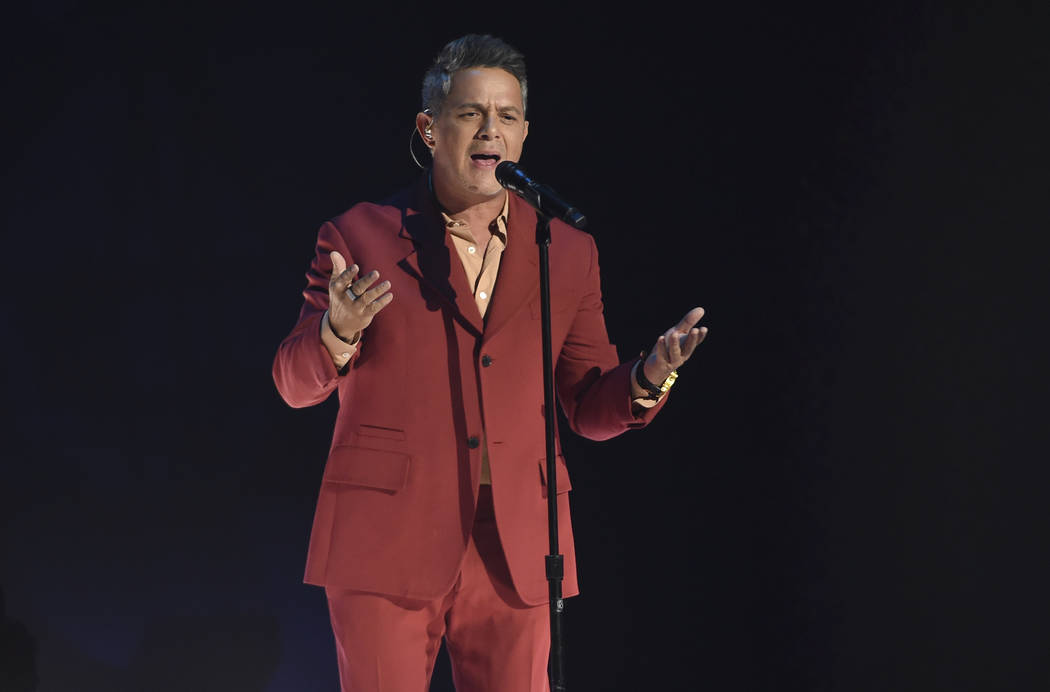 Spanish singer Rosalía, the breakthrough performer known for blending flamenco music with sounds like reggaeton and Latin trap, won album of the year at the 2019 Latin Grammys, becoming the first solo female performer to win the top honor since Shakira’s triumph 13 years ago.

“Thanks to the academy for giving me one of my first opportunities a few years ago. I want to share that, as a musician, nothing gives more pride than winning a Grammy. It is the biggest thing that can happen, so thank you very much,” Rosalía said in Spanish at the MGM Grand Garden Arena in Las Vegas.

“Especially to my fans, I love you with all my heart. Thanks for embracing my music.”

Shakira’s “Fijación Oral Vol. 1” won album of the year at the Latin Grammys in 2006. The only other female performers to win album of the year honors were parts of groups, including the female members of Juan Luis Guerra 4.40 and Ileana Cabra Joglar (iLe), who won the top prize as a member of the alternative hip-hop band Calle 13 alongside Residente and Visitante.

Sanz walked into Thursday’s show as the most-nominated act with eight, eventually taking home record of the year and best pop song for “Mi Persona Favorita,” shared with pop singer Camila Cabello. He helped the former Fifth Harmony member, who didn’t attend the show, win her first pair of Latin Grammys before she’s even won a Grammy Award.

“Eight years ago more or less, my mother left us and today precisely is her birthday, so this is a gift for her,” said Sanz, who also won best long form music video.

Rosalía’s third win was for best urban song for “Con Altura,” her collaboration with J Balvin, who skipped the Latin Grammys this year and was part of the group of uber-popular Latin trap and reggaeton artists who were dissed in top categories like album, song and record of the year. Instead, they were restricted to nominations in the urban categories.

During the live show, Bad Bunny — also a part of the overlooked group of performers alongside Daddy Yankee, Maluma and Nicky Jam — praised the reggaeton genre as one of the key sounds of Latin music.

“To all the musicians, to all the people that belong to the academy, with all due respect, reggaeton is part of the Latin culture and is representing the same way as other genres,” Bad Bunny said in Spanish after winning best urban music album for his debut album, “X 100Pre.”

Like Bad Bunny, Daddy Yankee earned a nomination in one of the urban categories: best urban fusion/performance. But his song lost to “Calma (Remix)” by Pedro Capó, who celebrated his 39th birthday at the show. The original version of “Calma” won Capó one of the show’s biggest awards — song of the year. Capó joined Alicia Keys — who is featured on another version of “Calma”— onstage to sing the song alongside Farruko and Miguel.

One of the night’s best performances was Vicente Fernández, who retired from performing in 2016. The audience stood on its feet as the iconic performer passionately sang onstage. He performed alongside his son Alejandro Fernández and grandson Alex Fernández. Both Vicente and Alex were nominated for best ranchero/mariachi album, but lost to Christian Nodal.

After performing a medley of his hits, Juanes was shocked to see Metallica’s Lars Ulrich, who was there to present the Colombian musician with the Latin Recording Academy’s 2019 Person of the Year award.

“I proclaim myself a Juanes fan,” Ulrich yelled, also calling Juanes “my brother in rock.”

“You guys changed my life,” Juanes said of Metallica. “Thank you so much.”

Ricky Martin, who hosted the show with Roselyn Sánchez and Paz Vega, helped close the performance by singing a few notes.

Other performers included Luis Fonsi, Ozuna and Residente, who extended his record as the most decorated artist in the history of the Latin Grammys to 25 wins. He won best short form music video for “Banana Papaya.”

Rosalía, who is predicted to earn a nomination when the Grammys announce its 2020 nominees next week, also saw “El Mal Querer” win best engineered album and best recording package — honors not awarded to her, but to the engineers, mixers and art directors who worked on the project.