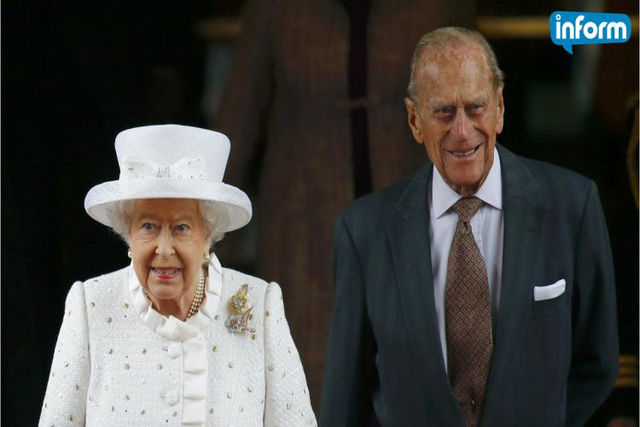 We’ve all been there — peeling away the wrapping paper, seeing a gift we totally didn’t want, and putting on our best forced smile for the sake of the giver.

But what if you’re the Queen and you’re given a portrait you’re struggling to appreciate?

Yes, this did happen. And the usually reserved monarch let her feelings be known.

On the first full day of Queen Elizabeth’s state visit to Germany this week, German President Joachim Gauck presented her with a painting called “Horse in Royal Blue” at his official Berlin residence, Bellevue Palace.

The artwork, painted by local artist Nicole Leidenfrost, depicted the Queen as a young girl sitting on a horse as her father, King George VI, holds the reins.

As she slowly strolled over to the easel with her husband, Prince Philip, in tow, the President smiled warmly as he offered her the gift.

“And that is supposed to be my father, is it?” the Queen said.

“Don’t you recognize him?” added Prince Philip, trying to salvage the situation.

“No, not quite,” was the curt reply from Her Majesty, to a chorus of awkward laughter.

“If you don’t like it, get this marzipan,” smiled Gauck, gesturing to a cake and calmly trying to break the tension. But the uneasy laughter ensued.

However, the British monarch wasn’t the only one who couldn’t hold back her displeasure. Art critic Estelle Lovatt suggested to CNN: “Keep the frame, chuck the picture. George Bush would’ve done a better job, actually, of painting Her Majesty.”