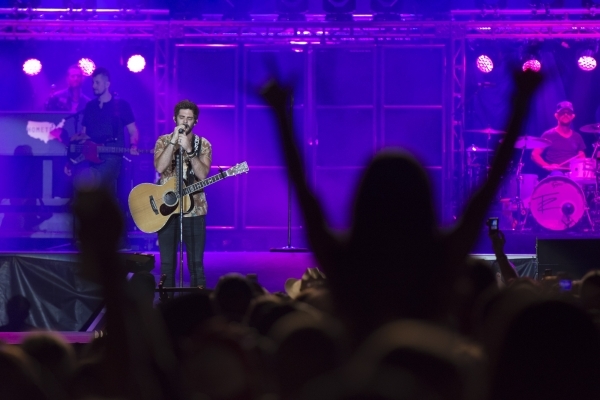 Little Big Town, Chris Young and Toby Keith are also on board for the third edition of the gathering at the Las Vegas Village grounds, across the Strip from Luxor. Tickets go on sale at 10 a.m. Jan. 29.

The festival is again sold as a three-day, all-in wristband. General admission is $210; VIP tickets with elevated viewing areas and dedicated lounges and bars are $359 and $599.

Last October’s festival sold out in advance on a festival site with a daily capacity of 25,000 people. No single-day tickets were sold, so the all-in wristband meant most of the fans carried over from day to day.

This year’s Harvest has another big festival to contend with. While the Academy of Country Music Awards sidestepped to Texas last year, they are back in April with another three-night festival, Party for a Cause, on festival grounds at the north end of the Strip from April 1 to 3.

Las Vegas locals accounted for only about 5 percent of last year’s Harvest sales, compared with about 50 percent for the Life is Beautiful festival the same month.