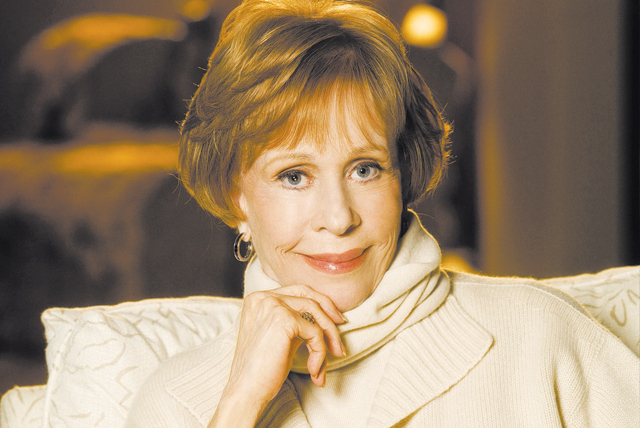 Carol Burnett will be taking questions from the audience during her show at The Smith Center for the Performing Arts. (Courtesy)

That’s the Carol Burnett show TV viewers would have seen if it had been up to network suits.

Fortunately, it wasn’t. And the rest is TV history — some of which the beloved performer and writer will share Sunday night at The Smith Center during “Laughter and Reflection With Carol Burnett,” subtitled “A Conversation with Carol Where the Audience Asks the Questions.”

The format deliberately recalls the question-and-answer sessions that led off “The Carol Burnett Show” from 1967 to 1978.

Indeed, Burnett plans to begin Sunday’s appearance with several minutes of clips that “get the audience used to what we’re going to do,” she says during a telephone interview from her Southern California home.

Burnett, now 80, has been taking her Q-and-A shows on the road “for about 25 years, off and on,” she notes. “It just kind of came about. I figured I could go out and not have an act, just bump up the lights” and interact with audiences.

“You can’t be elsewhere — you have to be in the moment,” Burnett says of the Q-and-A sessions. “I fly without a net,” because “you never know what people are going to ask.”

Take that time in Texas, six or seven years ago, when a lady in the balcony asked, “ ‘Carol, if you could be a member of the opposite sex for 24 hours, who would you be and what would you do?’ ”

No response came immediately to mind, so “I said a prayer,” Burnett admits. It went something like this: “OK, God, I’m going to open my mouth and whatever comes out … ” What came out: “I said I would be Osama bin Laden and I’d kill myself.”

Naturally, “the audience went nuts,” Burnett remembers, “and I said, ‘Thank you, God.’ ”

But doing what comes naturally — being funny — has always been Burnett’s goal.

Which explains why she wanted to star in a weekly variety series — and not a sitcom called “Here’s Agnes.”

Before “The Carol Burnett Show” premiered, Burnett already had starred on Broadway (in “Once Upon a Mattress” and “Fade Out, Fade In”), earned her first Emmy Award as a regular on TV’s “The Garry Moore Show” (where she introduced her trademark charwoman character) and her second starring alongside Julie Andrews in the special “Julie and Carol at Carnegie Hall.” (Burnett and Andrews will reunite Oct. 20 when Burnett receives the 2013 Mark Twain Prize for American Humor at the Kennedy Center in Washington, D.C.)

Burnett had a contract with CBS, which included a clause stating that, if she wanted to do a weekly variety series, the network was obligated to put it on the air. “Thirty shows, pay or play,” she says. “They’d forgotten about it.”

Rather than welcome her variety show, however, CBS officials tried to talk her out of it, warning Burnett that TV variety shows were “a man’s game” thanks to such TV legends as Sid Caesar, Milton Berle and Jackie Gleason.

Instead, the network nabobs wanted Burnett to star as the title character in “Here’s Agnes.” But “I never wanted to do a sitcom and be one person,” she says. “I wanted to be three, four, five people in one show, like doing a musical-comedy revue.”

Happily, Burnett prevailed, despite the fact that the network “had us written off” and began considering replacements even before “The Carol Burnett Show’s” premiere.

“We went in and said ‘We’re just going to have fun. If we can have fun and please ourselves,’ ” the audience would discover the show over time, Burnett says.

Audiences certainly did; during its 11-year run, “The Carol Burnett Show” averaged 30 million viewers a week, won 25 prime-time Emmys — and generated millions of laughs over 278 episodes that, fans tell her, made it “the one appointment-TV show the whole family would sit down and watch” together.

These days, Burnett sometimes checks the comments accompanying YouTube clips of her show’s many memorable moments, which are “getting hits from 11-year-olds and teenagers,” she notes, a touch of wonder in her voice. 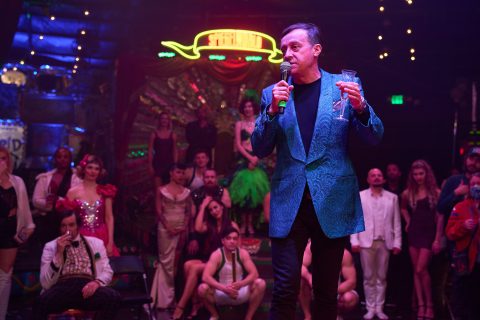