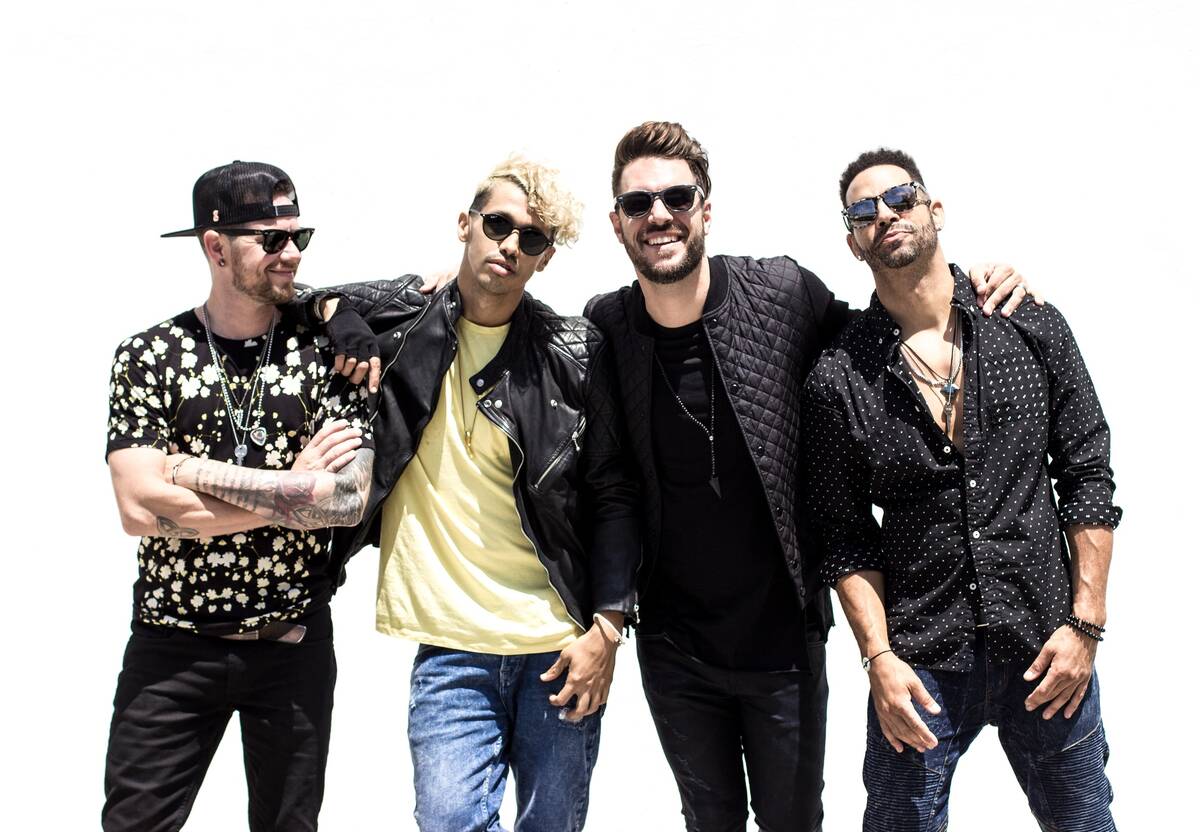 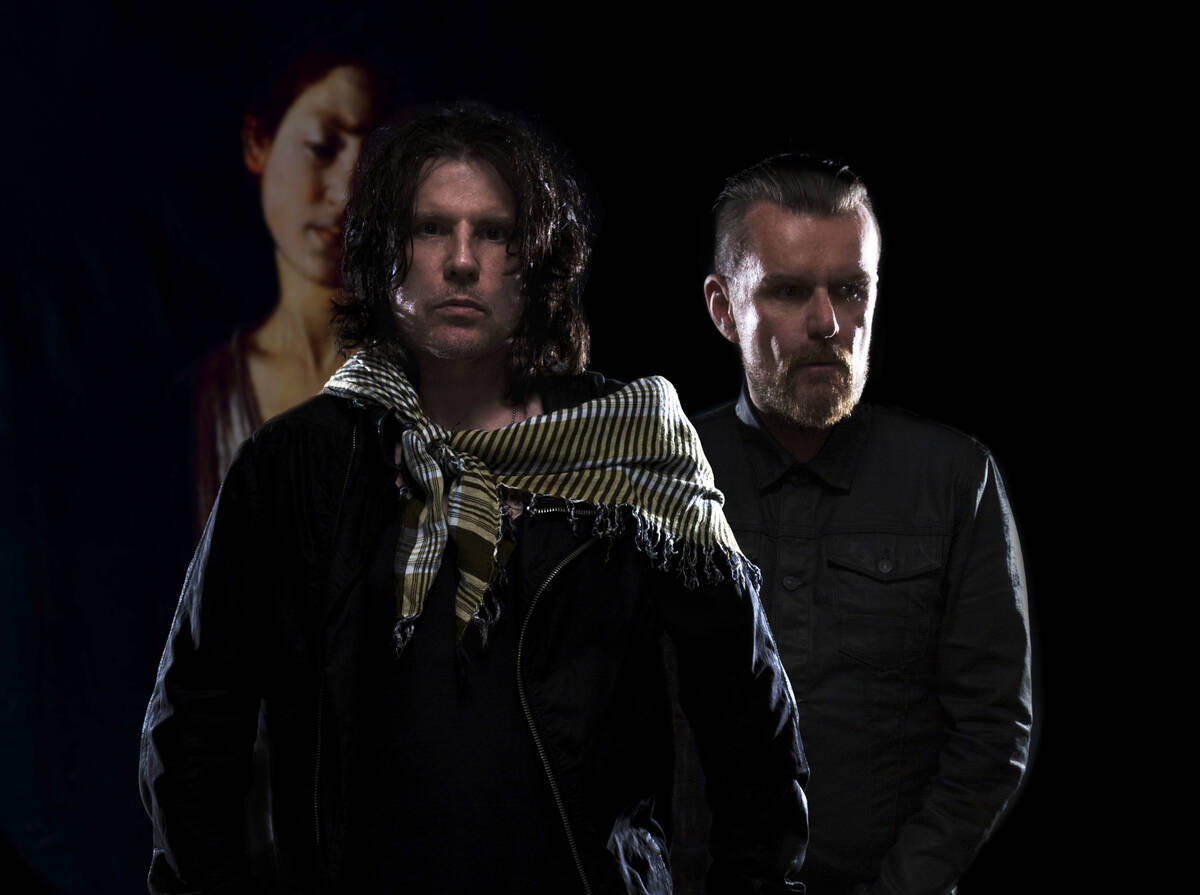 The Cult (Courtesy) (PR Plus)

A brain, an athlete, a basket case, a princess and a criminal walk into detention. “The Breakfast Club” remains iconic, 37 years after its release. Now, it’s kicking off the schedule of Dive-In Movies at The Cosmopolitan of Las Vegas. Every Monday through Sept. 12, the hotel’s Boulevard Pool will screen a movie on its marquee. The pool will remain open for swimming, and lounge seating is available. Admission is $10 for locals, and free for military, first responders and members of the hotel’s Identity players club, with ID. Doors open at 7 p.m., and the movie starts at 8.

Yes, we’re all tired of the endless chatter and Zapruder film-like dissection of the Oscars slap-heard-’round-the-world — unless, of course, it’s the slap’s recipient who’s doing the talking. Doubt it’ll take comedian Chris Rock long to address his awards show altercation with actor Will Smith during his upcoming stop in town. Rock has spoken of highly personal issues in the past, such as his porn addiction and infidelity on 2018 Netflix special “Tambourine.” Expect him to be just as candid — and riotously funny — when he does so once again at 9:30 p.m. Friday and Saturday at the Colosseum at Caesars Palace. Tickets start at $109; ticketmaster.com.

Somehow connecting the far-flung dots between overcast, ’80s British death pop and AC/DC-indebted riff rock bluster, The Cult have made a career out of synthesizing unlikely musical elements into a cohesive whole. Add in some Jim Morrison-esque mysticism from frontman Ian Astbury, and you’ve got a band that continues to sound like no other, nearly 40 years in. See The Cult at 7:30 p.m. Sunday at the House of Blues at Mandalay Bay. Tickets start at $42.50; houseofblues.com/lasvegas.

OK, so you might not be a teenager anymore, but should that stop you from crushing on O-Town? Nay! See that early-aughts boy band along with fellow heartthrobs Chris Kirkpatrick, Sugar Ray’s Mark McGrath, Ryan Cabrera, David Gray and LFO on the “Pop 2000” Tour, which comes to Vegas at 8 p.m. Saturday at Green Valley Ranch Resort. Tickets start at $27.50; ticketmaster.com.

5. ‘Doctor Strange in the Multiverse of Madness’

There’s something strange in your neighborhood movie theater. That spell that tore a hole in the multiverse in “Spider-Man: No Way Home” continues to torment Stephen Strange (Benedict Cumberbatch) in “Doctor Strange in the Multiverse of Madness.” The sequel, which marks the return of director Sam Raimi (the original “Spider-Man” trilogy) to the Marvel fold, adds Wanda Maximoff, aka Scarlet Witch (Elizabeth Olsen), and introduces America Chavez (Xochitl Gomez) alongside returning characters Wong (Benedict Wong), Karl Mordo (Chiwetel Ejiofor) and Dr. Christine Palmer (Rachel McAdams). It opens Friday, only in theaters.

After making it to the conference finals in each of the past three seasons, and the WNBA Finals in 2020, the Las Vegas Aces feel this is their year. “If we stay healthy, the sky’s the limit for this group,” new coach Becky Hammon says. See for yourself when the Aces open their home schedule at 7 p.m. Sunday in Michelob Ultra Arena. Tickets start at $10 at axs.com.

It’s Military Appreciation Month. Through May 31, Piero’s Italian Cuisine, 355 Convention Center Drive, a Las Vegas dining destination for 40 years, is offering a 10 percent discount to all veterans and active-duty military with valid identification. Among Piero’s signature dishes: rigatoni with Sunday gravy, housemade agnolotti, and the osso buco on the menu since day one. Make reservations on OpenTable or call 702-369-2305.

8. Chai for the kids

During May, all Founders Coffee locations are donating $1 from the sale of each Giving Drink to Whitney Elementary School, an east Las Vegas school with significant numbers of students eligible for free meals and living below the poverty line. The May Giving Drink is a dirty chocolate chai made with chai, espresso and mocha, served hot or iced. Guests can order the drink in store, at the drive-thru, or online for delivery.