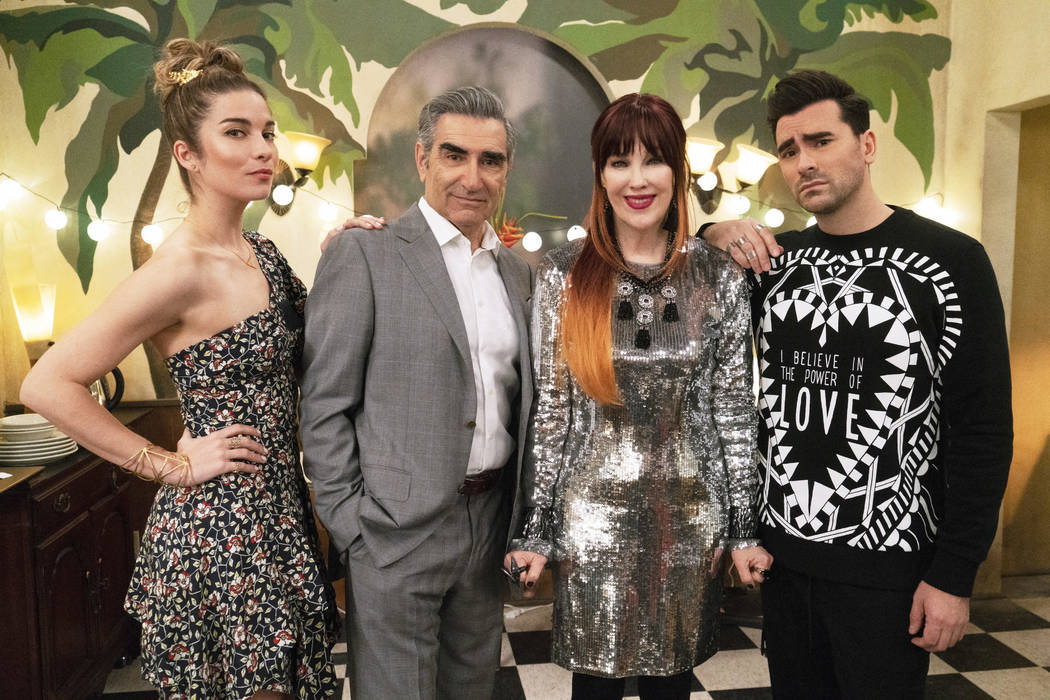 On Tuesday, it was among the biggest surprises of the Emmy nominations.

On Friday, you can purchase tickets to interact with its cast.

“Schitt’s Creek: Up Close & Personal,” a celebration of the acclaimed Canadian comedy, is coming to The Chelsea inside The Cosmopolitan of Las Vegas on Oct. 19.

The series, which airs in the U.S. on the relatively obscure Pop TV, nabbed Emmy nominations for outstanding comedy, while its stars, “SCTV” alums Eugene Levy and Catherine O’Hara, were nominated for outstanding actor and actress.

Created by Levy and his son and co-star, Daniel Levy, “Schitt’s Creek” follows the wealthy Rose family, who, when they’re defrauded of their fortune, are forced to start over in the small town they once bought as a joke.

“Schitt’s Creek: Up Close & Personal” will include a Q&A session, stories from the cast and behind-the-scenes footage. The Levys and O’Hara are scheduled to attend, along with co-stars Annie Murphy, Emily Hampshire and Noah Reid.