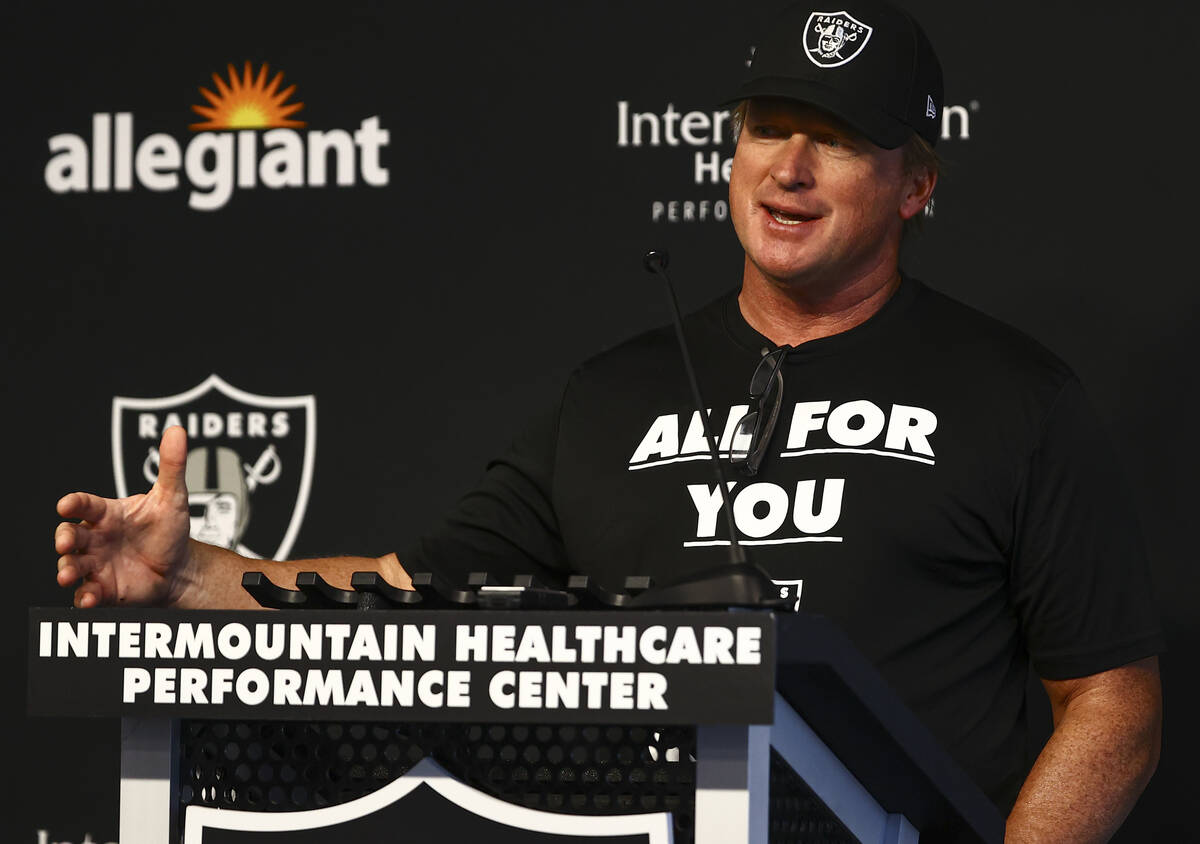 Real Estate Millions reported in September 2019 that Gruden and quarterback Derek Carr were building new homes next to each other in the 1,000-home exclusive enclave surrounding Southern Highlands Golf Club.

Southern Highlands was the top spot for many high-profile Raider players and team executives when the team relocated from Oakland.

The new home in what’s known as Augusta Canyon was recently conveyed to the Grudens by Progressive Construction Inc., according to Clark County property records. The Grudens had been living in the home for almost a year while construction on the property was being completed.

Progressive, which does business as Growth Luxury Homes, built the two-story home, which has two lots totaling about 1.7 acres. The home sits on a lot that measures 0.77 acres. It has 6,850 square feet on the first floor, 1,834 square feet on the second floor and a garage measuring 1,938 square feet, according to county property records.

The home has five bedrooms, five full bathrooms and two half bathrooms.

The builder previously described the home to Real Estate Millions as “a beautiful estate” with a big pool.

“It has an amazing office for Jon and will be a great property. It’s a private lot, and from the second level, you will have views of the city and part of the Strip as well.”

The couple in 2019 paid $750,000 for a 0.91-acre lot adjacent to their property, according to property records. That lot does not show any improvements.

Two doors down from Gruden, the Carrs had previously closed on the finished home for $3.6 million. It was built by Transcon Pacific Co., which is owned by Marcelo Cardenas.

The two-story home, which lives like a one-story, measures 8,723 square feet and has five bedrooms, eight baths, an office and an eight-car garage. It has a hybrid model that combines Tuscan and a midcentury modern look that is now allowed in Southern Highlands. 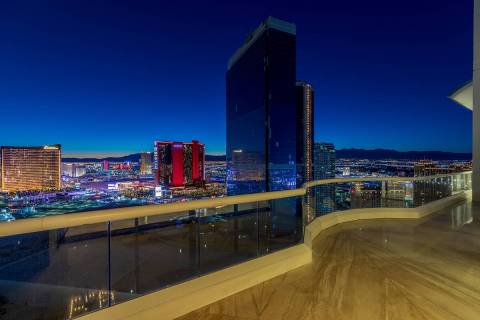 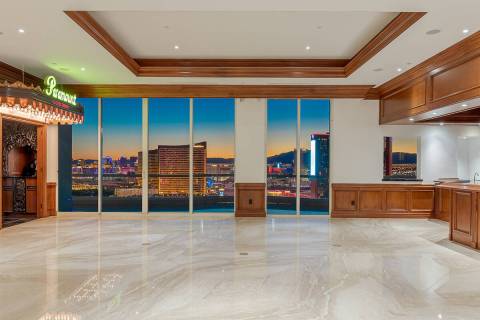