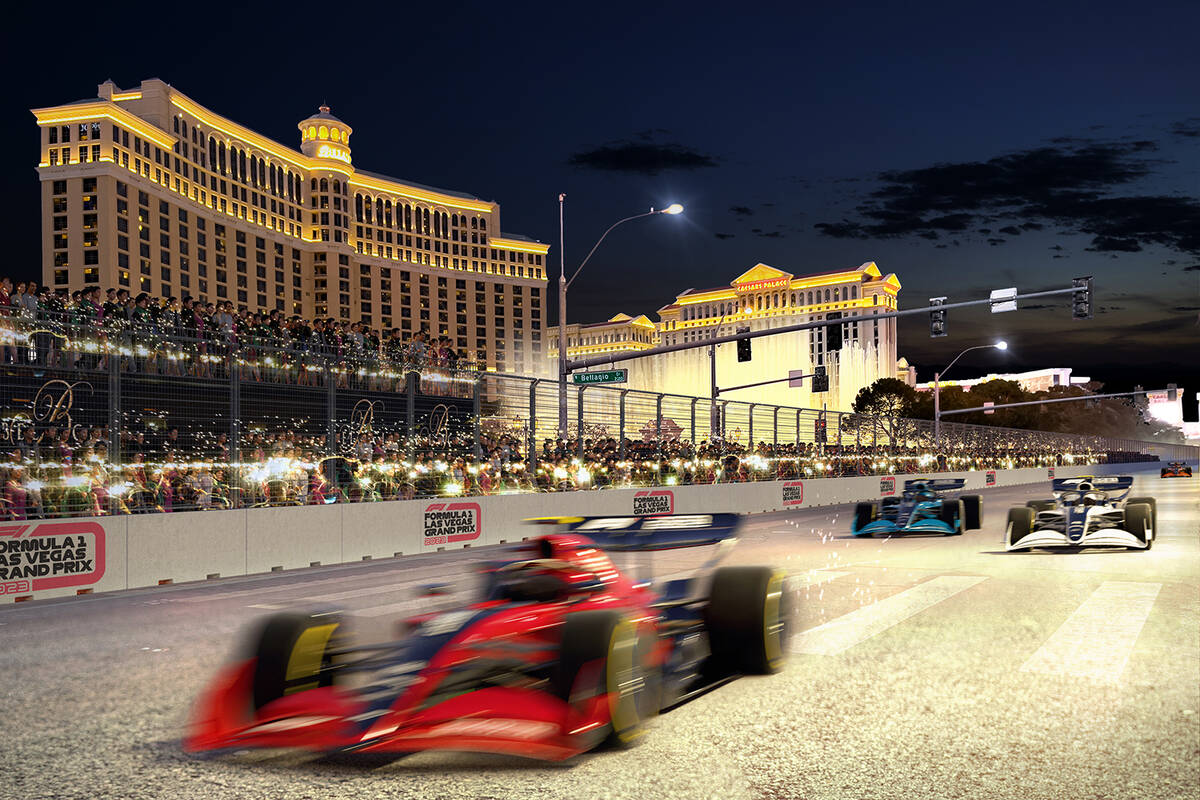 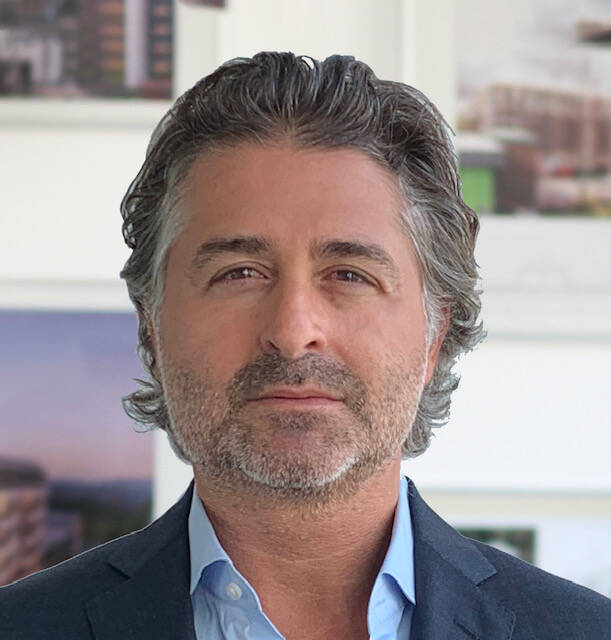 Tech entrepreneur Farid Shidfar says he spent more than a decade paving the way for a Formula One race in Las Vegas. (Courtesy of Farid Shidfar) 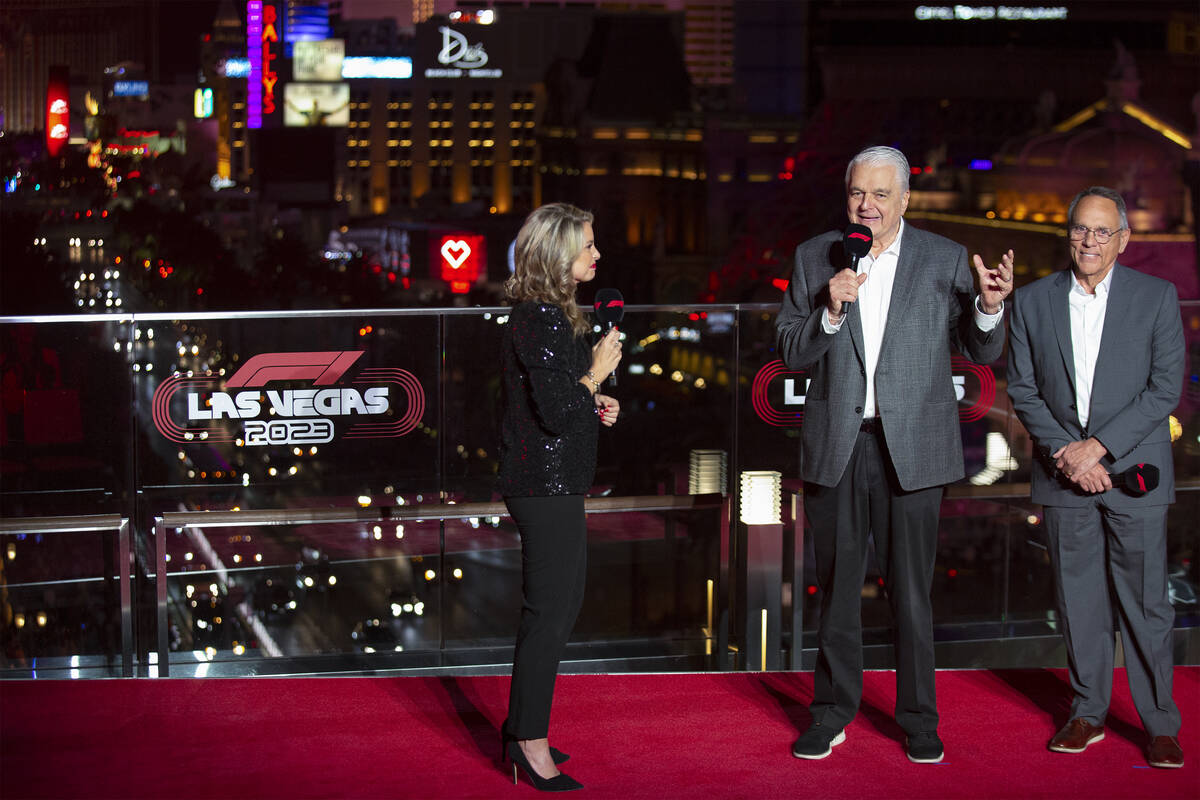 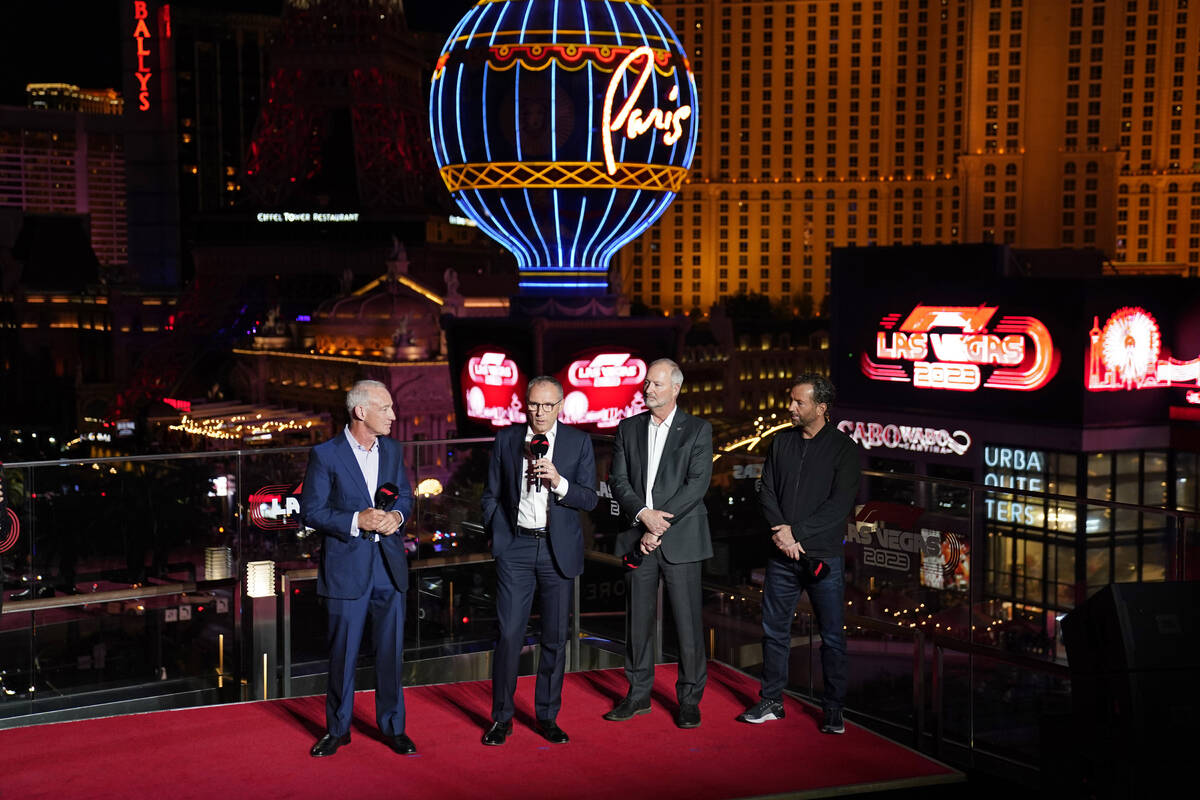 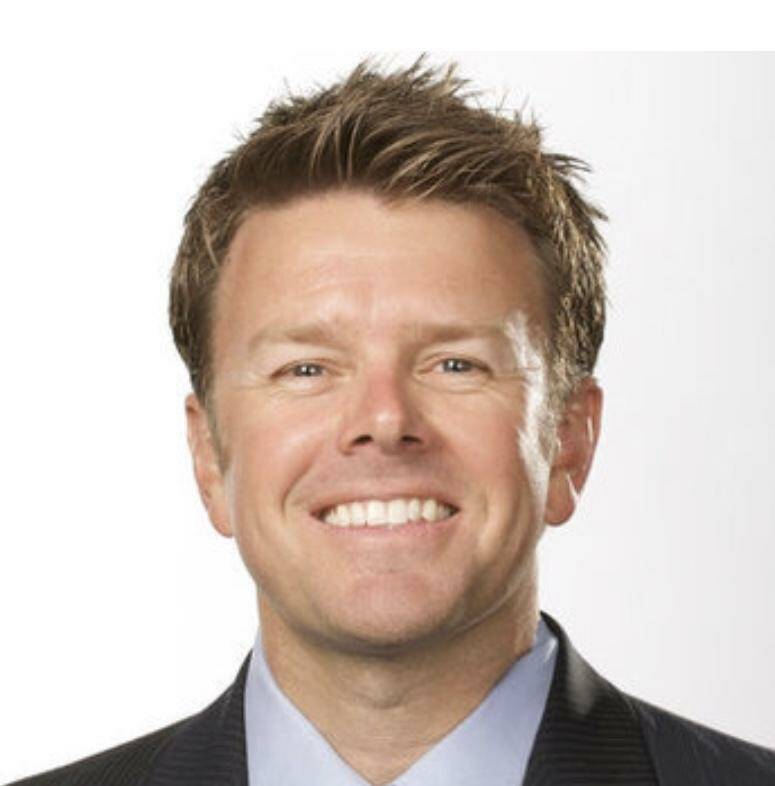 Former Las Vegas Assemblyman Chad Christensen said he brought together the political, business and community leaders needed to turn the idea of the race into reality. (Courtesy of Chad Christensen) 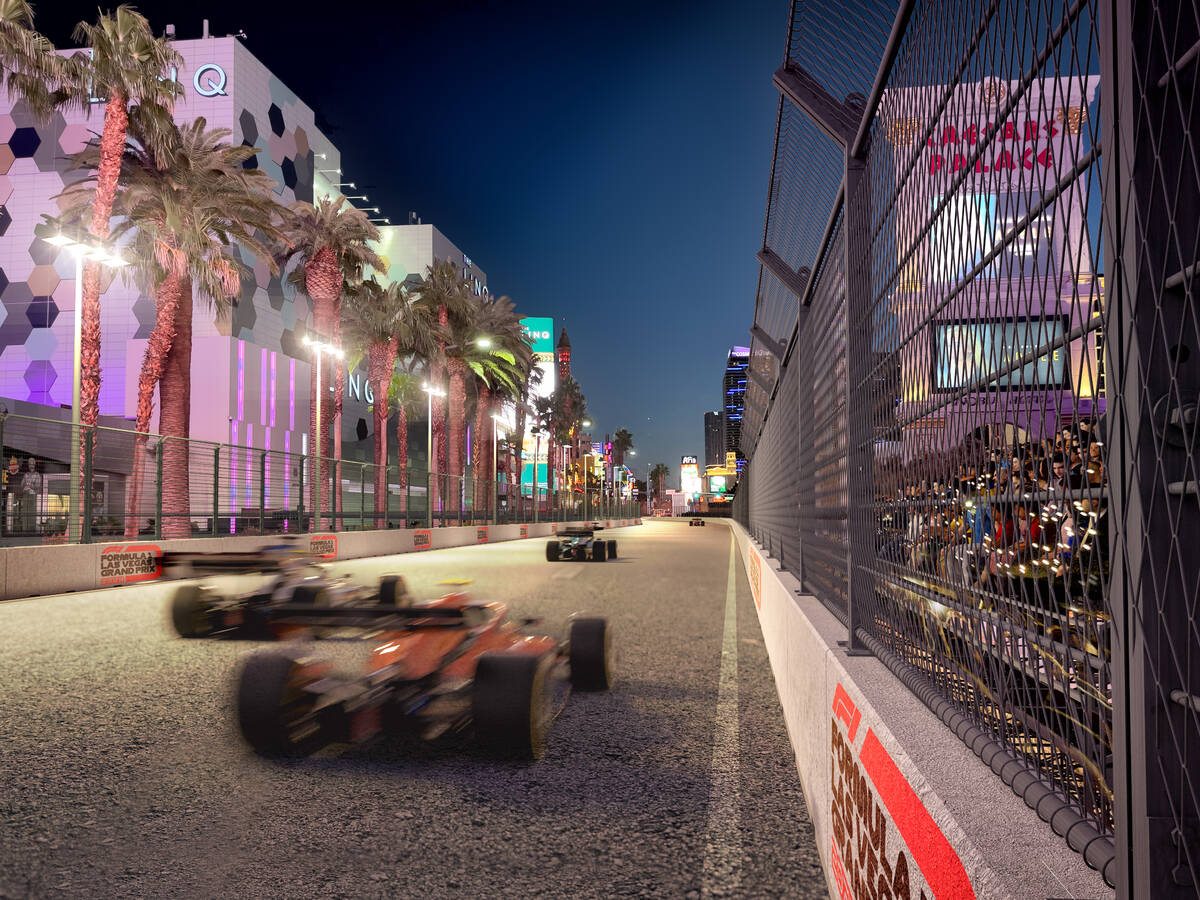 Behind the allure of Formula One’s return to Las Vegas, a high-stakes legal fight is unfolding over who has the right to promote the international race.

The court drama could dampen the excitement created by the much-hyped announcement to make Las Vegas the face of the worldwide racing circuit in the United States in 2023 after a 40-year absence.

Formula One holds annual races for high-powered, open-wheeled cars in nearly two-dozen countries like Monaco, Saudi Arabia, Spain, Australia, France and Italy. Two races are being held in the United States this year, one in Miami and the other in Austin, Texas.

But before the Las Vegas race occurs, organizers may have to deal with the brewing legal dispute that pits a Miami tech entrepreneur with ties to the Strip against Formula One and the mega-media and entertainment company that owns it. Caught in the middle of the litigation are the tax-funded Las Vegas Convention and Visitors Authority and its politically connected advertising firm.

There are explosive allegations on both sides, which have retained high-priced Nevada law firms to protect their interests.

The tech businessman, Farid Shidfar, who helped shape the Cosmopolitan resort brand when it opened on the Strip in 2010, sees himself as the underdog in the fight, facing what he calls “corporate greed and bullying” from giant Liberty Media Corporation, which owns F1.

Liberty Media and Formula One contend in court documents that Shidfar and his company have made “baseless threats” and “demands for multimillion-dollar payments.”

In Las Vegas, cars are scheduled to roar past neon-lit, iconic resorts on Las Vegas Boulevard between Spring Mountain Road and Harmon Avenue, with a portion spilling over to Koval Lane east of the famed Strip.

Officials estimate that the Grand Prix could bring 170,000 visitors and pump as much as $1 billion dollars into the local economy the week of the night-time race in November 2023. No official date has been set yet.

Paving the way for the race

Shidfar told the Review-Journal that he and his partner, former Las Vegas Assemblyman Chad Christensen, spent 11 years paving the way for last week’s announcement to bring the race here but are getting no credit from Colorado-based Liberty Media for their efforts.

“We did everything in our power to make this happen,” the 52-year-old Shidfar said. “There is no question that we are the driving force behind the event. We spent a significant amount of time and resources to put it together.”

Christensen added: “When (Liberty Media) bought out Formula One, they never had any intention of speaking to us. Their way of speaking to us was to slap us with a lawsuit and push us out of the way. They want to crush us with their wallet.”

Shidfar, whose late father once served as chief executive of Honda in Iran and later the country’s vice minister of economic affairs and finance, has experience dealing with famous entertainment brands. He worked for years in Los Angeles for the global consulting firm Accenture, helping companies like Disney, MGM, Sony Pictures and Hilton Hotels improve their business strategies, according to his online biography.

He said he also founded the digital meeting service rundavoo.com and is the co-founder and current chief operating officer of Keo World, a financial technology company that serves small and medium-sized businesses.

Shidfar claims in court documents to have struck an agreement with Bernie Ecclestone, Formula One’s former CEO, to promote the Las Vegas race. He has a letter Eccelstone sent him in April 2013 indicating that he would sign a contract making Shidfar the promoter of the event. Ecclestone left F1 after Liberty Media acquired it in 2017.

Both Shidfar and Christensen, 52, said they brought together over the years the political, business and community leaders needed to turn the idea of the race into reality. Track designers, vendors, casino executives and CEOs from other F1 sites around the world were also among those approached.

In January 2014, Shidfar and Christensen filed state incorporation papers for a limited liability company, P2M Motorsports, to promote the race.

But in court documents, Liberty Media argues that P2M never obtained a valid agreement to promote the race and that F1 made no commitment to the company.

“As the litigation has progressed, F1 and Liberty Media maintain that position,” Amanda Yen, one of the attorneys representing the companies, said in an interview.

Liberty Media, which also owns the Atlanta Braves, Sirius XM and Live Nation Entertainment, filed suit against P2M Motorsports a year ago in Clark County District Court. P2M Motorsports counter-sued. The case has been moving slowly but is expected to heat up now, with depositions and other evidence gathering in the weeks leading up to a Feb. 7, 2023 trial.

Liberty lawyers allege in the complaint that P2M Motorsports made “extortionate demands” for millions of dollars from Formula One and interfered with the sport’s dealings with the Las Vegas Convention and Visitors Authority and R & R Partners, the LVCVA’s longtime marketing firm.

“As a direct result of P2M’s intentional interference,” the lawsuit stated in March 2021, “Formula One’s prospective contractual relationships with LVCVA, R & R, and other third parties have been thwarted, causing at a minimum delay, and potentially cancellation, of plans for a Las Vegas Formula One race, and causing Formula One to incur substantial damages in an amount to be proven at trial.”

After the court filing, however, Formula One moved forward with the race plans and continued to work with the convention authority and R & R. Steve Hill, the LVCVA’s president and CEO, attended the news conference last week and praised the partnership.

An LVCVA spokeswoman said the public agency does not comment on pending litigation.

As part of its mission to attract visitors and conventions to the Strip, the LVCVA has been heavily focused on helping the city lure professional sports teams, like the Vegas Golden Knights and Las Vegas Raiders, and big-time sporting events like the Super Bowl.

R & R Partners has been there to support those endeavors. The company, behind its CEO Billy Vassiliadis, has also built a reputation over the years as a kingmaker in Nevada politics, helping elect governors, U.S. senators, and an array of other state and local officeholders.

In their lawsuit, Liberty lawyers allege P2M fraudulently persuaded the LVCVA and R & R to sign confidential non-disclosure agreements in 2017 that prevented them from discussing strategic plans for the race with other parties, including Formula One, without P2M’s permission.

Both the LVCVA and R & R Partners filed court papers last year seeking to intervene in Liberty’s lawsuit and get a court order invalidating the non-disclosure agreements.

The agencies allege that they learned P2M Motorsports was not the official promoter of the F1 Las Vegas race and that the company got them to sign the agreements under false pretenses.

“Therefore, P2M should not be permitted to use the CNDA as a roadblock to prevent LVCVA and Formula One from hosting a world-class race and bringing millions of dollars in economic benefits to this community,” LVCVA lawyers wrote.

Shidfar denied trying to prevent Formula One from coming to Las Vegas.

And his Las Vegas lawyer, Michael Cristalli, called allegations that P2M misrepresented the non-disclosure agreements “a bald assertion with no supporting evidence.”

“I’ve done nothing more than simply protect our intellectual property, which they are now using,” Shidfar said. “They’re forcing us into litigation, rather than working with us on a path forward. That’s much less costly than remunerating us for the effort we put in.”

He said the race has potential to become “the jewel” of the F1 circuit. “This is a great thing for Las Vegas,” he said. “We came into this with great intent.”

Shidfar contends that he and Christensen put together a costly “mobilization” plan over the past decade that outlined everything needed to be done before the race announcement could be made.

Their effort is outlined in his company’s legal counterclaim against Liberty Media and Formula 1 prepared by Cristalli.

The counterclaim includes references to letters of support from former Nevada Gov. Brian Sandoval. The ex-governor is quoted in a February 2011 letter, saying his office “enthusiastically” endorsed and supported the work of Shidfar and Christensen.

His letter read in part: “My constituency and I, in partnership with P2M (Farid Shidfar & Chad Christensen), have worked hard over the past several years in planning and entitling a series of F1 races for Las Vegas. We believe this potentiality will be very positive for our community. We also believe Las Vegas would provide an extraordinary venue for F1.”

Christensen said there is little doubt about the significant role that he and Shidfar played in the push for the Las Vegas race.

“Everybody in the state knows this was our effort,” Christensen said. “We were the ones educating the LVCVA so that they could understand how to pull this off.”