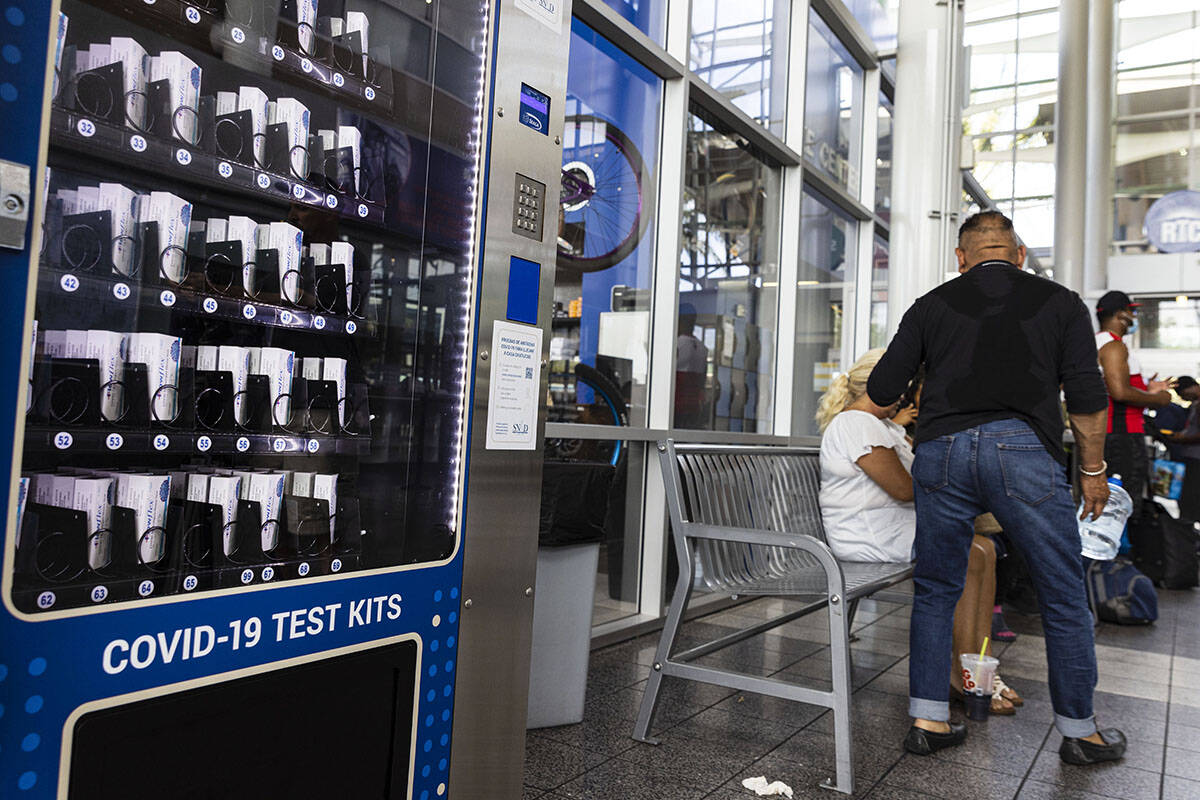 COVID-19 cases and hospitalizations have risen significantly in the past week statewide and in Clark County, but still remain relatively low, according to new data released Wednesday.

Confirmed and suspected hospitalizations increased by 65 percent to 209 in Clark County, and by 56 percent to 256 statewide, according to data from the Nevada Department of Health and Human Services.

The 14-day average for confirmed daily new cases increased by 42 percent to 167 in Clark County, and by 38 percent to 208 statewide, the data shows. These figures underestimate the total number of cases in part due to the increasing reliance on at-home rapid tests, whose results generally go unreported.

Health officials have been predicting a COVID-19 wave of an uncertain magnitude as winter approaches.The current escalation “could be the start of a surge, or it could be a slight increase,” said Brian Labus, an assistant professor of epidemiology and biostatistics at UNLV’s School of Public Health.

Labus predicted that any increases this winter would be smaller than those seen in prior years of the pandemic. That’s because more people have built up immunity through prior infection and through vaccination, he said.

In January of this year, there were as many as 2,000 COVID-19 hospitalizations statewide, compared with roughly 200 today.

“While the 14-day moving average of daily new cases and hospitalizations has increased slowly over the past month, the increasing rates are still lower than what was seen during the summer of this year,” she wrote in an email.

Cassius Lockett, director of disease surveillance and control for the Southern Nevada Health District, said the agency’s data shows that the seven-day average for daily confirmed cases in Clark County has grown from less than 70 a month ago to 150, or more than double.

The sharpest rise in illness is in people ages 65 and older, he said. He strongly recommended that this age group and those who are immunocompromised get the updated bivalent booster now.

“With widespread access to effective vaccines, we continue to see relatively mild cases among most patients at UMC, especially when compared to previous periods during the pandemic,” UMC representative Scott Kerbs said in an email.

“We still have capacity, including ICU capacity, but please keep your loved ones healthy for the upcoming holidays,” Valley Health System’s Gretchen Papez said in an email.

She encouraged people to get flu shots, COVID-19 shots and booster shots, along with taking precautions such as regular hand washing and staying home when sick, measures that became second nature for many during the pandemic.