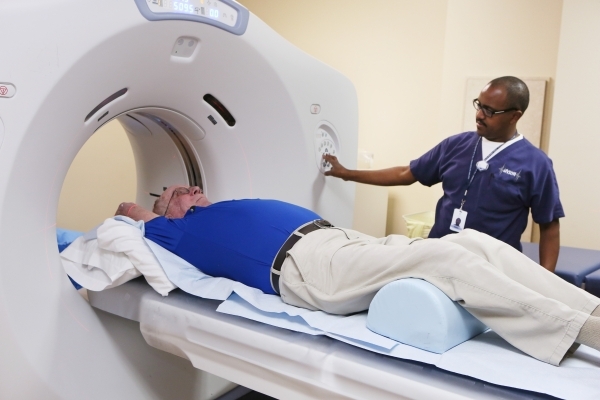 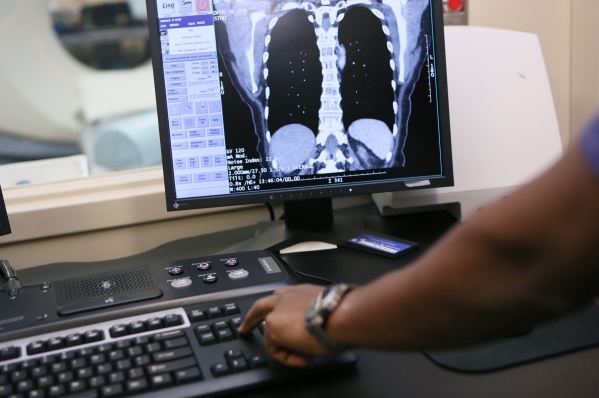 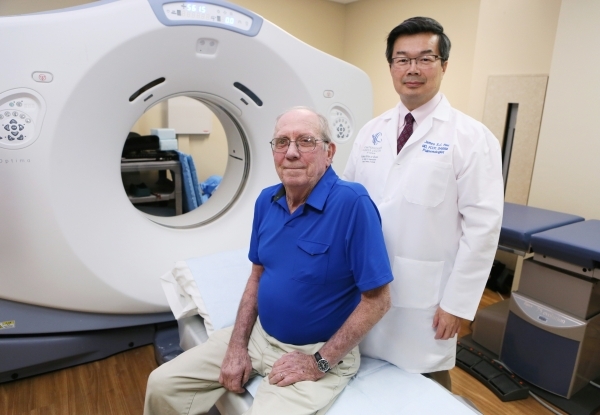 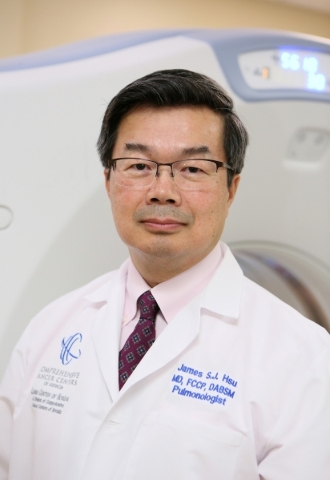 I seem to be what I’m not, you see

— From “The Great Pretender” by Buck Ram, originally recorded in 1955 by The Platters

Lung cancer is a great pretender. It can hide quietly for years behind symptoms that are easily mistaken for minor ailments or exhibit no symptoms at all. By the time the majority of people go to the doctor with complaints, lung cancer has already progressed into the advanced stages of the disease, which decreases their chances of survival.

“I think it’s important that patients should be explaining to their doctors any new symptoms that they have,” said Brian Lawenda, board certified radiation oncologist and clinical director of 21st Century Oncology. “Either new shortness of breath — new cough, new sputum that has blood in it, for example — any of those symptoms or weight loss that’s unexplained are things that should definitely be brought up with their primary care doctor,” he said.

Lawenda estimates in his practice that only 10 percent of the lung cancer patients are diagnosed in the earliest stage of the disease. Oftentimes the cancer is found by accident while being tested for other medical conditions such as a blocked artery.

“Lung cancers, like many other cancers, take many years if not decades to develop and so you could have a small nodule that could be sitting in the lungs for many years without any symptoms going on until at some point when the tumor gets large enough to finally cause symptoms. That’s not uncommon,” Lawenda said.

According to the American Cancer Society, lung cancer is the leading cause of cancer death among both men and women in the U.S. Each year, more people die of lung cancer than of colon, breast and prostate cancers combined.

This wasn’t always the case. Before the advent of manufactured cigarettes in the early 20th century, lung cancer was much less common than other types of cancer. Nowadays, 80 percent to 90 percent of lung cancer deaths are thought to result from smoking.

In 2002, the National Lung Screening Trial was launched by the National Cancer Institute to determine if screening with a low-dose CT scan was more effective at detecting early lung cancer than the standard single-image chest X-ray.

According to a summary on the website of the National Cancer Institute, the trial consisted of 53,454 participants ages 55 to 74 who were either former or current smokers with a smoking history of at least 30 pack-years with no prior history of lung cancer. (Pack-years are calculated by multiplying the average number of packs of cigarettes smoked per day by the number of years a person has smoked.)

“It is the most sensitive way that we have to detect early potential tumors,” said Lawenda. “So if we do a (low-dose) CT scan and we find spots that we’re not quite sure what they are — we have protocols in place to help us with following these patients over time with repeated imagery.”

The American Cancer Society guidelines for patients who meet all of the following criteria may be candidates for the low-dose CT lung cancer screening:

• Have at least a 30 pack-year smoking history

The Lung Center, the pulmonary division of Comprehensive Cancer Centers of Nevada, recommends patients with select risk factors including those who have been exposed to radon, worked in a chemical-heavy environment or have a family history of lung cancer or a related disease, such as chronic obstructive pulmonary disease or pulmonary fibrosis, undergo screening.

Pahrump resident Brian Fong, 67, fit the criteria. The retired Methodist minister had smoked for 50 years and finally quit the habit four years ago.

“I wanted to be a good example to my (10) grandchildren,” he explained as to why he kicked the habit.

Fong was recently diagnosed with COPD with a suspicious area that warranted more investigation. He was referred to Comprehensive Cancer Centers for the low-dose CT screening. Luckily, the test determined the area was not lung cancer.

“You really want to find it as early as you can to have a good chance of a cure,” Hsu said. “The primary care physicians need to be educated and made aware that this (low-dose CT scan) is an option. The other part is information, because there are many people that have lung nodules and what do you do with it if you find one? Which ones do you need to worry about? Which ones do you not need to worry about requires education as well.”

The American Cancer Society website states that the most common symptoms of lung cancer are:

• A cough that does not go away or gets worse

• Chest pain that is often worse with deep breathing, coughing or laughing

• Weight loss and loss of appetite

• Coughing up blood or rust-colored sputum (spit or phlegm)

“Widespread screening is not without risks,” Lawenda said. Complications from unnecessary biopsies and the added “anxiety factor” of knowing that you have a nodule in the lung are some of the risks involved, he explained. “However, patients who are in the highest-risk category for developing lung cancer — for those patients — the benefits far outweigh the risk, in the opinion of the guidelines.”

“I don’t see it in the near immediate future but in the long term — the research is already looking at other ways of detecting cancer in the body,” Lawenda said. “For example, in the blood, urine and in the breath, so at some point in the future those technologies will hopefully allow us less invasive ways, more safe ways, more sensitive ways to detect cancers at the earliest stages and allow us to deal with them so we can improve survival even better.”

“There are some promising detection methods coming about,” Hsu said, “hopefully in the next few years.”

Then the cost implications of widespread screening will have to be evaluated.

Until then, Hsu has some advice.

“If you have the risk factors, talk to your doctor about lung cancer screening with a low-dose Cat scan and stop smoking. Stop smoking, period — whether you’re 20 or 30 or 50 or 70 — stop,” said Hsu.

For a lung cancer self-assessment questionnaire provided by the American Lung Association, visit lungcancerscreeningsaveslives.org/. For other questions, call the Lung Line at 800-586-4872.

For help to stop smoking: Contact your doctor or the Nevada Quit Line: nevada.quitlogix.org or call 1-800-784-8669 or the CDC: www.cdc.gov/tobacco/campaign/tips/quit-smoking/.