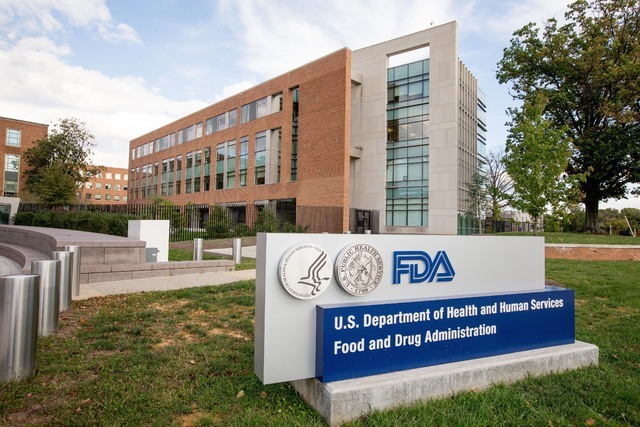 The FDA on Monday, Sept. 19, 2016, granted tentative approval to the first drug for muscular dystrophy, following an intense public campaign from patients and doctors who pushed for the largely unproven medication. (Andrew Harnik/AP)

WASHINGTON — Federal regulators on Monday granted tentative approval to the first drug for muscular dystrophy, following an intense public campaign from patients and doctors who pushed for the largely unproven medication.

The approval came despite an internal dispute among Food and Drug Administration officials that ultimately had to be resolved by the agency’s chief. Some staffers said there was little evidence the drug worked. Adding to the high-stakes decision, officials faced direct pleas from patients’ families, politicians and physicians.

The FDA cleared Sarepta Therapeutics’ Exondys 51 for a rare form of Duchenne muscular dystrophy, a deadly inherited disease that affects boys. Company officials said the drug would cost about $300,000 per year. Like other makers of high-cost specialty drugs, Sarepta said it would offer financial assistance to help families get the drug.

It’s the first FDA approval for the degenerative condition, which causes muscle weakness, loss of movement and eventually death.

The approval was based on a company study of just 12 boys. The agency is requiring Sarepta to conduct a larger study examining whether Exondys 51 results in improved movement and function for patients. If the study fails to shows it helps, the FDA said it could withdraw the drug.

Duchenne’s muscular dystrophy is a rare disease, affecting about 1 of every 3,600 boys worldwide and usually causing death by age 25, according to the National Institutes of Health.

The new drug targets a genetic mutation that affects about 13 percent of Duchenne’s patients. Previously there were no U.S.-approved drugs to fight the disease, though steroid drugs have been used to slow the loss of muscle strength.

Pat Furlong, a patient advocate who lost two sons to the disease, called the announcement “an extraordinary win.”

“I think this is a collaborative effort that shows the FDA, companies and the patient community can work together toward a single goal, and that is improving the lives of patients,” said Furlong, founder and president of Parent Project Muscular Dystrophy, a nonprofit that helped fund travel and other expenses related to the study.

The FDA cleared Sarepta’s drug under its accelerated approval program, reserved for drugs that show promising early results that have not been confirmed. The drug acts on a protein called dystrophin, which plays a role in the growth of muscle fibers. The 12-patient study showed an increase in dystrophin “that is reasonably likely to predict” benefit in some patients, the FDA said in its announcement

“Accelerated approval makes this drug available to patients based on initial data, but we eagerly await learning more about the efficacy of this drug through a confirmatory clinical trial,” said Dr. Janet Woodcock, director of the FDA’s drug center.

At a public meeting in April, an outside panel of experts did not support the drug’s approval, voting 7-3 that it did not show effectiveness in treating the disease. The FDA is not required to follow the advice of its advisory panels, though it often does.

The final ruling was made by FDA Commissioner Dr. Robert Califf. According to agency memos posted to the FDA’s website after the announcement, Califf said that he would defer to Woodcock’s “judgment and authority” to approve the drug, despite opposition by several other agency staffers.

FDA staff said at the April meeting that they “strongly encouraged” Sarepta to conduct a larger, more comprehensive study of its drug with a randomly selected control group of patients receiving a placebo — considered the gold standard of study design.

“Ultimately, it appears to us that the FDA bowed to external pressure from patient advocates and others who demanded that a safe and potentially efficacious drug be made available,” said Leerink Swann analyst Joseph Schwartz, in a note to investors.

Shares of Sarepta Therapeutics rose more than 73 percent Monday to close at $48.94 in regular trading. The company is based in Cambridge, Massachusetts.