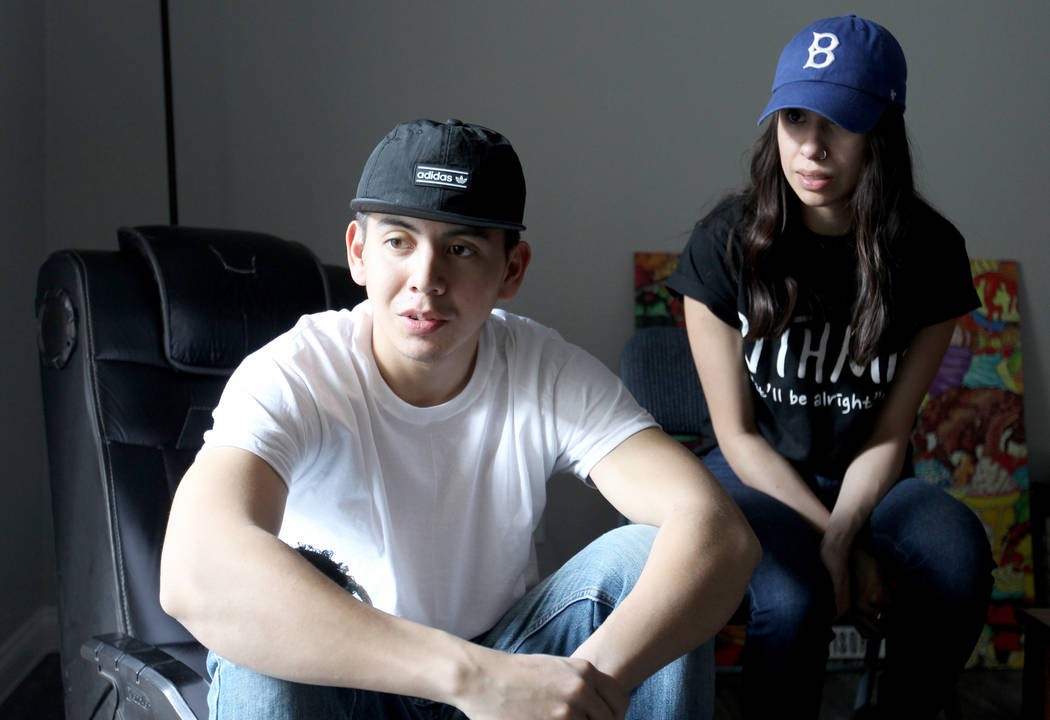 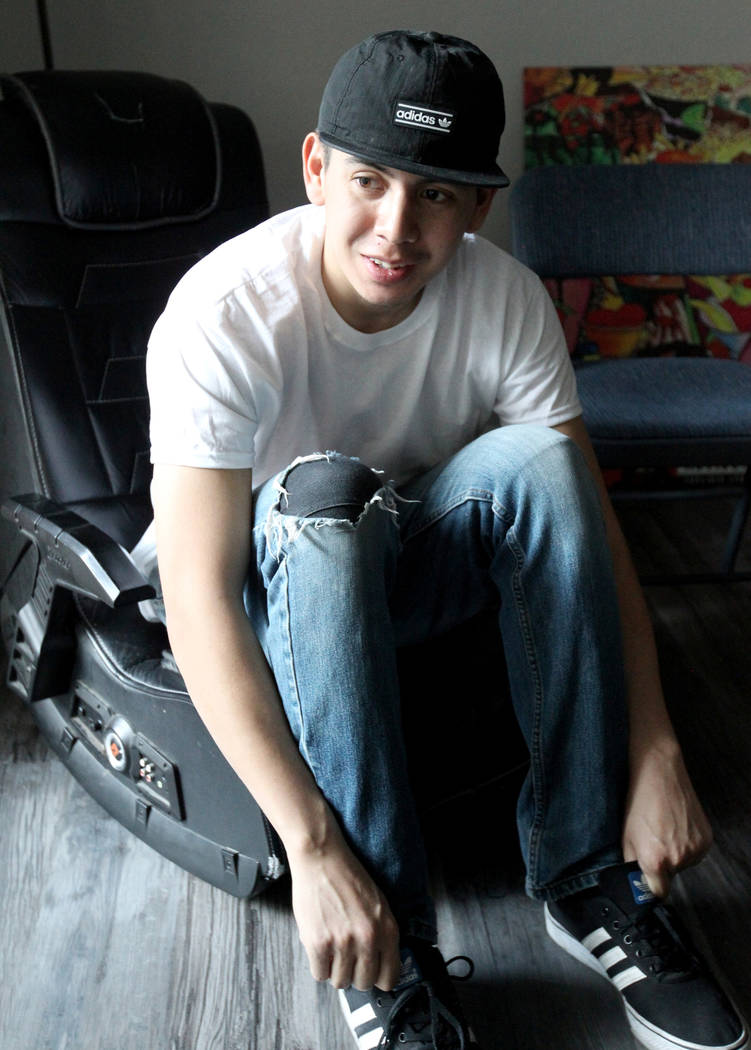 Jeremy Renbarger, 26, talks about his cardiac arrest during an interview at his Henderson apartment he shares with his girlfriend Janeth Lopez, 25, Tuesday, March 6, 2018. K.M. Cannon Las Vegas Review-Journal @KMCannonPhoto 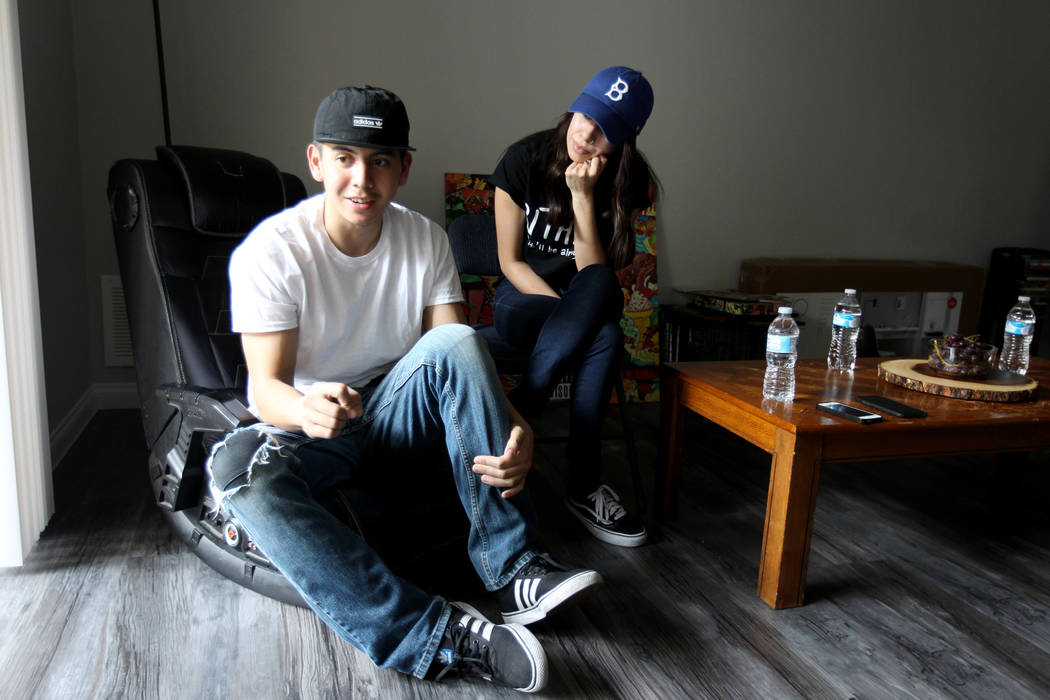 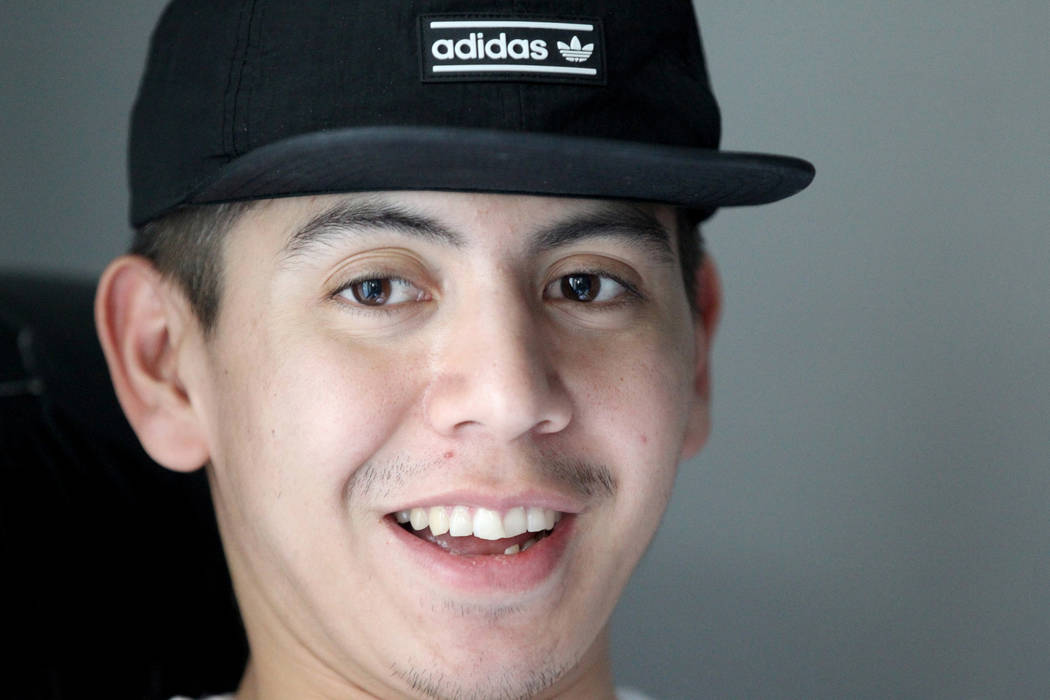 Jeremy Renbarger, 26, talks about his cardiac arrest during an interview at his Henderson apartment he shares with his girlfriend Janeth Lopez, 25, Tuesday, March 6, 2018. K.M. Cannon Las Vegas Review-Journal @KMCannonPhoto

Doctors are at a loss to explain why 26-year-old Jeremy Renbarger is living a normal life, just weeks after the Henderson resident twice suffered cardiac arrests that damaged his brain so badly they thought he would live out his days in a vegetative state.

“Every day I see miracles and things that are out of my hands,” said Southern Hills Hospital and Medical Center’s ER Medical Director Dr. Scott Scherr. “And I think this is one of those cases.”

Renbarger’s ordeal began the morning of Jan. 30, a Tuesday, when he collapsed at work after his heart stopped beating. Doctors say he was clinically dead for more than half an hour while a co-worker at Next Level Door & Millwork, emergency responders and hospital staff performed CPR.

Renbarger’s girlfriend, Janeth Lopez, remembers she was blow-drying her hair around 8:30 a.m., rushing to make it to work on time but excited to show off her new pair of black Adidas, when the phone rang.

“I heard from him that morning and everything, and it was just a regular good morning text,” Lopez, 25, recounted in an interview at the couple’s apartment. “And then an hour later I get a call saying he’s in the hospital.”

The incident out of the blue. Lopez said Renbarger “worked out, ate healthy, went to sleep on time” and never had any difficulty doing his job delivering building materials.

Lopez met a few friends and Renbarger’s brother at Southern Hills Hospital and Medical Center, where they helped doctors and nurses piece together his medical history. Renbarger’s father flew in from Wisconsin to be by his son’s side.

Once nurses and doctors stabilized Renbarger’s pulse, they used cold saline and a temperature regulating system to induce mild hypothermia in Renbarger — a technique aimed at reducing brain swelling.

Doctors were able to restart his heart again, but the prognosis was grim. An MRI scan indicated that even if Renbarger did survive, he’d be in a vegetative state with only half his brain still functioning.

But Lopez said she drew strength from a moment when Renbarger woke up briefly after his second attack. There was a look in his eyes that told her he’d be OK, she said.

“Maybe it was just all in my head, I don’t know, but I didn’t believe that he was going to be in a vegetative state for the rest of his life,” Lopez said.

She nonetheless broke the news to friends waiting in the lobby. From that moment on, all of Renbarger’s visitors would watch for “purposeful movements,” like the squeeze of a hand. Lopez played some of Renbarger’s favorite songs to encourage him, including “(Sittin’ On) the Dock of the Bay” by Otis Redding and “Sunday Candy” by Donnie Trumpet & the Social Experiment.

A breakthrough came on Feb. 4, when the mother of a friend was visiting Renbarger and asked him to grab her hand. This time his fingers curled up ever so slightly.

Renbarger improved quickly after that. His breathing tube was removed the following Monday, and he spoke. His first words were devoted to asking the nurses for coffee.

By Tuesday, he was walking.

“I felt like I just woke up from a really long nap and I was just ready to go,” he said last week.

“A lot of the answers in medicine we don’t have,” Scherr said. “He was 26 years old, otherwise healthy and he had a group of doctors, nurses and ancillary staff that were not going to give up on him.”

Renbarger left the hospital on Feb. 12 and Lopez immediately left her parents’ home and moved in with her boyfriend of four years. Two weeks ago, they upgraded from a one-bedroom to a two-bedroom apartment and took on a roommate, who is home during the day and can help Renbarger around the house while Lopez is at work.

“Even now, I still have trouble wrapping my head around it,” Lopez said. The night before Renbarger’s cardiac arrest, she was out with friends grabbing lattes. Now, she’s cooking dinner for her boyfriend.

Renbarger will continue to see doctors and take medications for his heart. He also has a defibrillator protruding from his chest, which will need replacement in about 10 years.

In the meantime, Renbarger has been working on some rap lyrics, saying that he now finds it difficult to spell, apparently the result of his recent trauma. He can’t lift heavy objects or operate a car for the next six months, so for now he’s not going back to work.

And Lopez is coping with the stress of nearly losing a loved one and the life changes that come with caring for Renbarger in his recovery. Still spooked by the fresh memories of Renbarger’s near-death, she said she hasn’t worn her new black Adidas since that terrible morning.

“It’s this hard thing, being 25 and going through something, when I feel like before, I was just worried about blow-drying my hair and wearing new shoes the next day,” Lopez said. On a more positive note, she added, “There’s a reason why he is alive. You just never know what happens.”