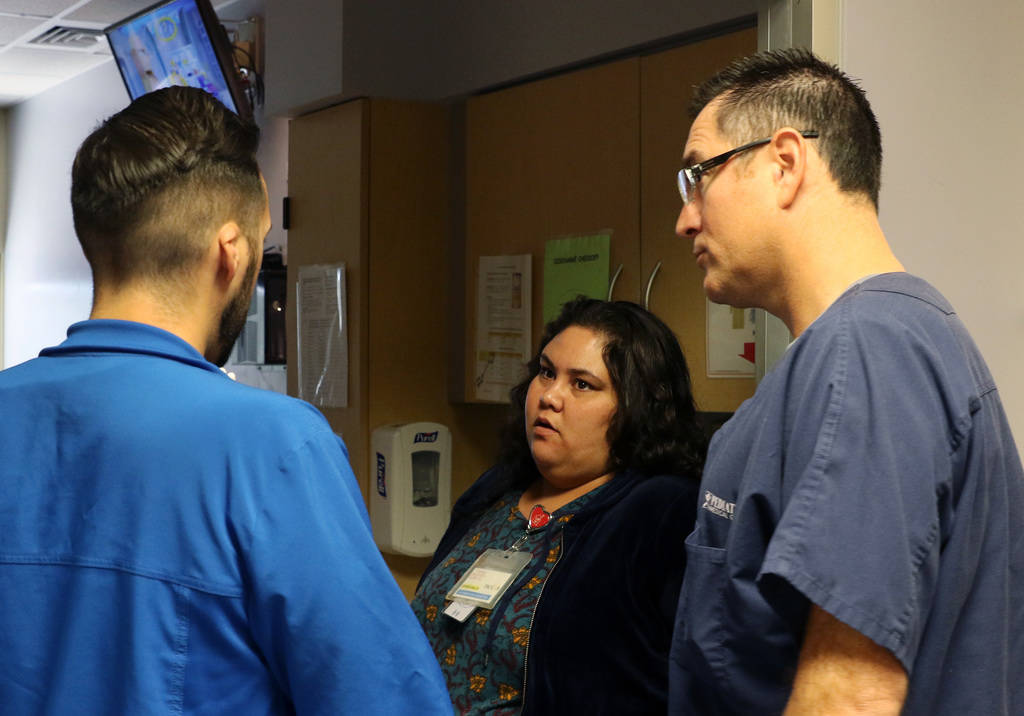 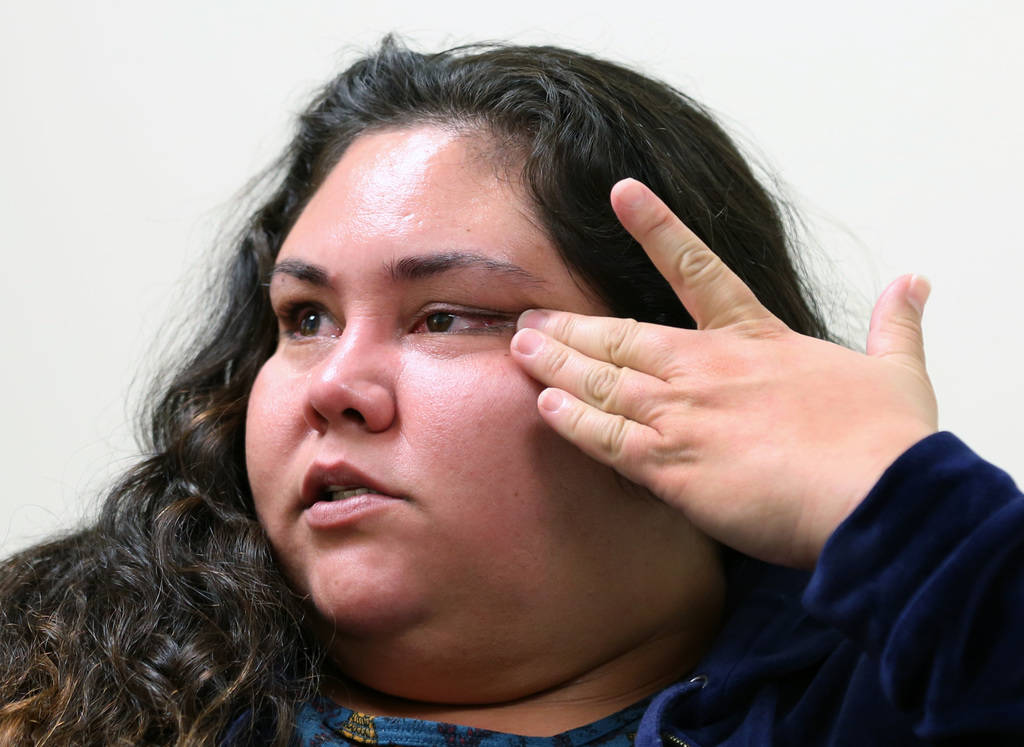 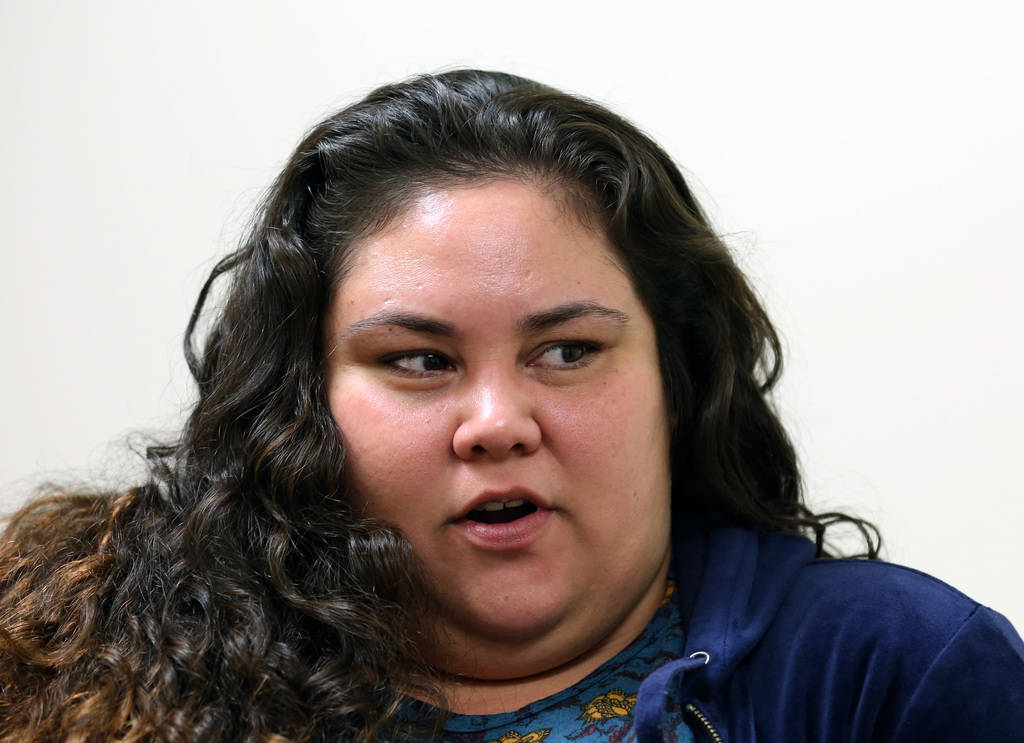 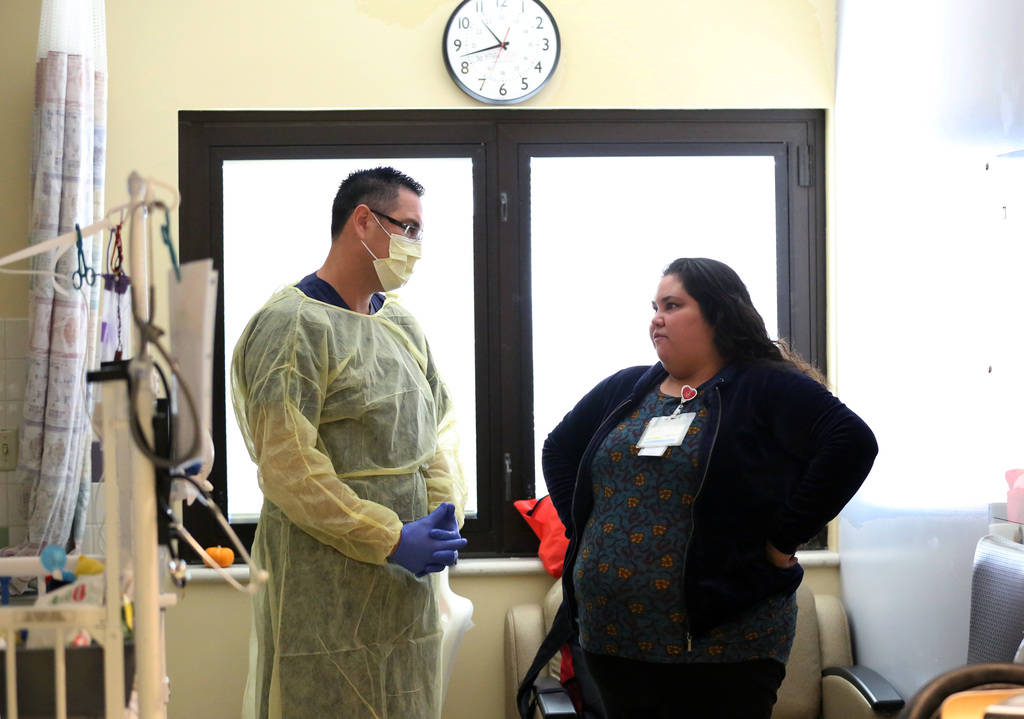 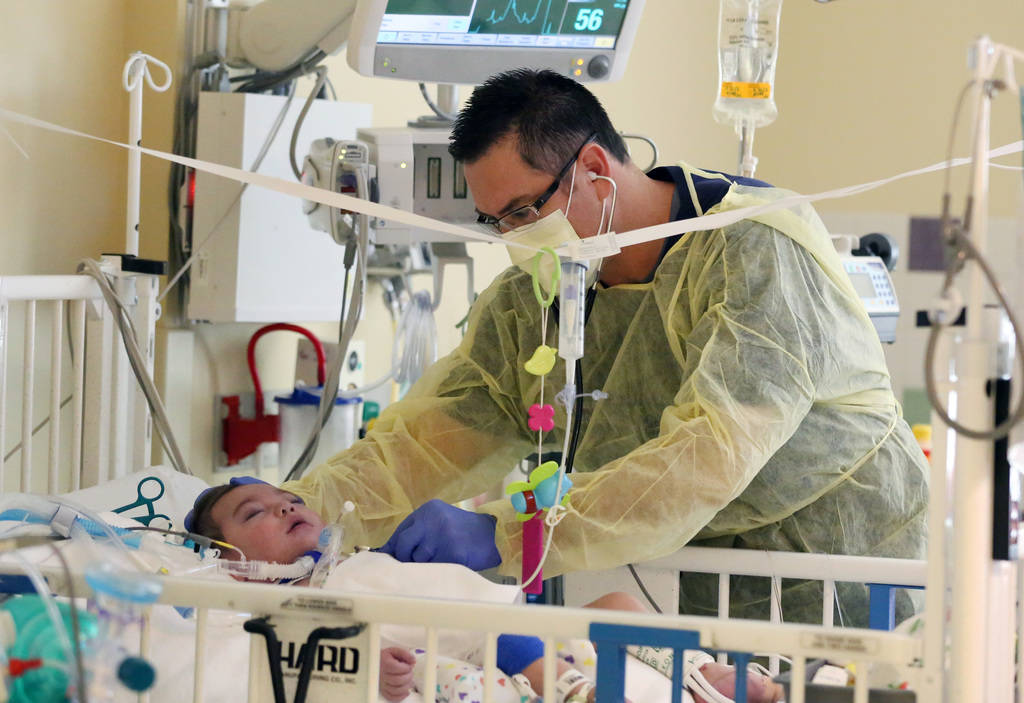 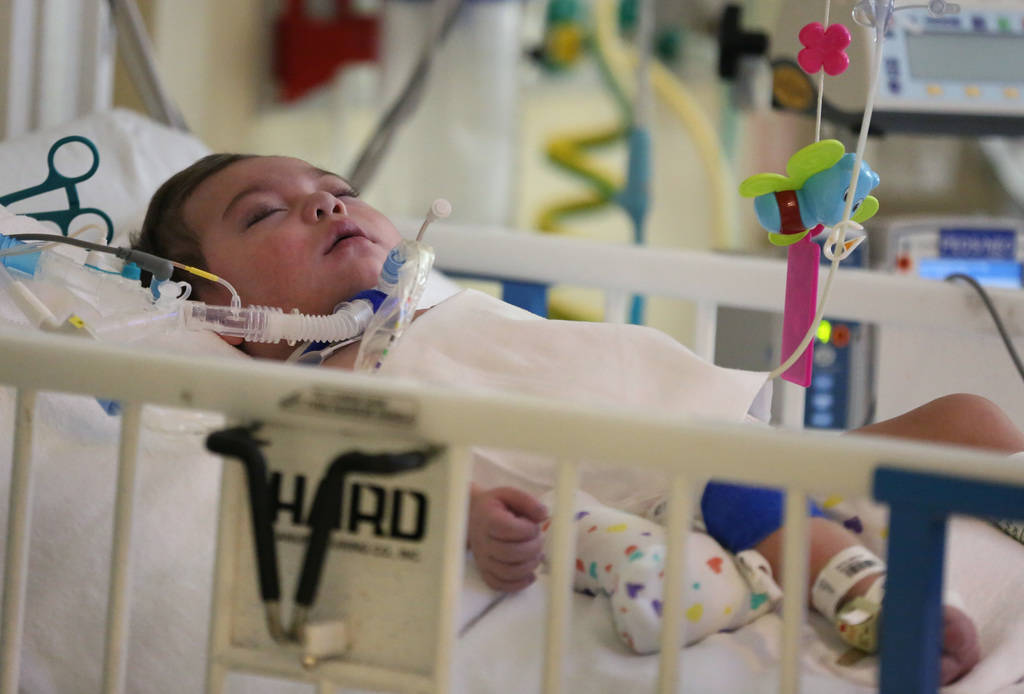 One-year-old Roman Ludice at his hospital bed at Sunrise Children's Hospital on Monday, Dec. 3, 2018, in Las Vegas. Ludice was born Dec. 13, 2017 and has been at the hospital with a rare heart condition since. Bizuayehu Tesfaye Las Vegas Review-Journal @bizutesfaye 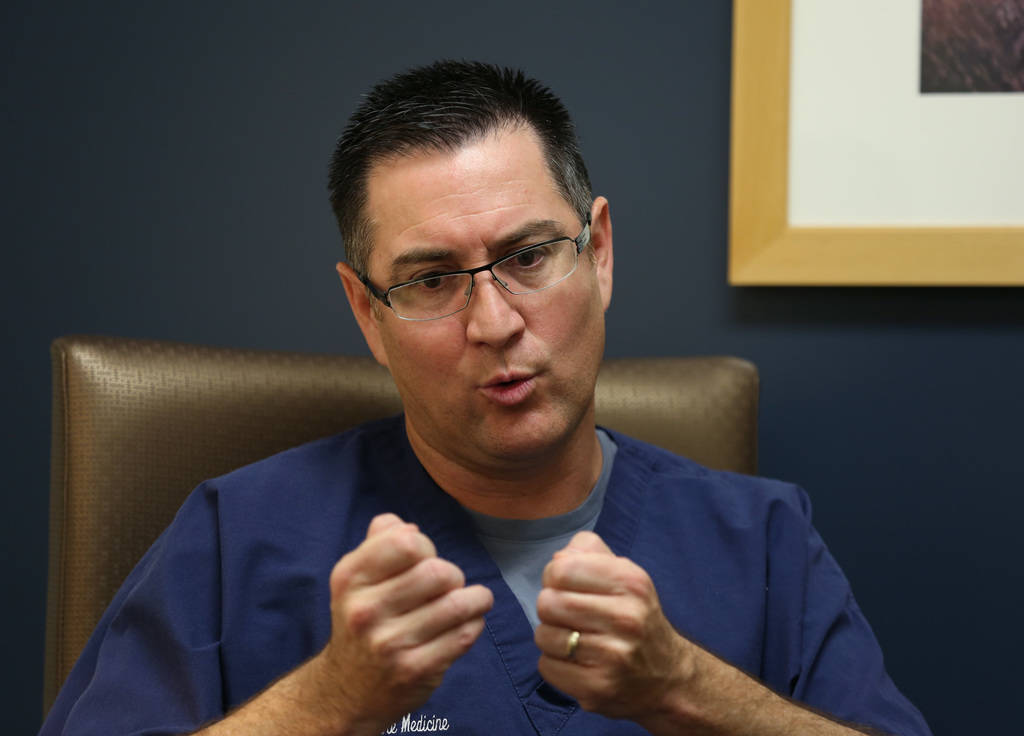 Roman Macias was born with a broken heart. Now, doctors are on a mission to fix it.

Over the past year, staff at Sunrise Hospital and Medical Center have been repairing Roman’s heart, which lacks a left ventricle due to a congenital condition called hypoplastic left heart syndrome (HLHS). Because of it, his heart has trouble pumping blood into the rest of his little body.

Despite the severity of his case, Roman is a survivor. When the boy celebrates his first birthday Thursday in the warmth of a hospital bed in Sunrise Children’s Hospital’s pediatric intensive care unit, where he has spent his entire life so far, it will be a major milestone for his caregivers and mother, Vanessa, who calls Roman her blessing.

“I didn’t think we were going to make it this far at all, but here we are,” Macias said as she wiped tears from her eyes on a recent Monday. “The odds have always been against that kid. I think I always dwell on the odds, but he’s proven them wrong.”

Each day that Roman lives is a success, his doctor and pediatric ICU medical director, Dr. Oscar Ingaramo, said.

Just a couple of months into Macias’ pregnancy, an ultrasound confirmed her son’s heart defect. She was living in Mesquite at the time and traveled to Dixie Regional Medical Center in St. George, Utah, for care.

“That’s when I had the choice of going to Salt Lake City or Vegas (to deliver), and I’m like, ‘OK, how do I go six hours away, being pregnant, by myself?’” Macias remembered thinking to herself. “And I ended up here.”

Since his premature birth at 35 weeks, Roman has undergone two risky surgeries to repair his heart and the tiny vessels in his lungs — a complication of his condition — along with several other smaller procedures.

And for the past year, Roman’s fight for life has been an uphill battle, Ingaramo said.

“He has all the possible spectrum of complications, unfortunately,” he said.

Roman has a heart arrhythmia. While surgeries can help restore some heart function, doctors cannot construct the missing left ventricle. That leaves the blood only partially oxygenated, causing an irregular heartbeat.

At one point, Roman was placed in a medically induced coma to keep him from moving. The additional agitation could have had lethal effects, Ingaramo said.

After an open heart surgery in April, Roman’s heart stopped, Ingaramo said. He was placed on a heart and lung bypass machine called ECMO until he stabilized.

“Now, he’s slowly getting better — but it’s taking us a long way,” he said.

Roman still receives medication daily, including nitric oxide to help him breathe. He will need 24-hour medical care for the rest of his life, Ingaramo said.

The condition itself isn’t a death sentence. With advances in surgical techniques and technology, some with HLHS are living into young adulthood. Still, Roman is one of the sickest babies Ingaramo has seen in his time as a pediatric intensivist.

“Roman is fighting day by day,” he said.

It’s been worth it, according to Mom.

“That little boy has changed me in so many ways,” Macias said.

When Thursday rolls around, Macias and the pediatric ICU will celebrate Roman’s first birthday together. Nurses have ordered two cakes — one for smashing, the other for eating — and a birthday banner will be plastered with a photograph of Roman.

Macias said she looks forward to celebrating with staff, who have become like family.

“Every moment where I’ve had a rough patch with Roman, they’re the ones who are standing there picking me up at the end of the day,” Macias said.

As for her hopes and dreams for her almost 1-year-old son, Macias keeps it simple.