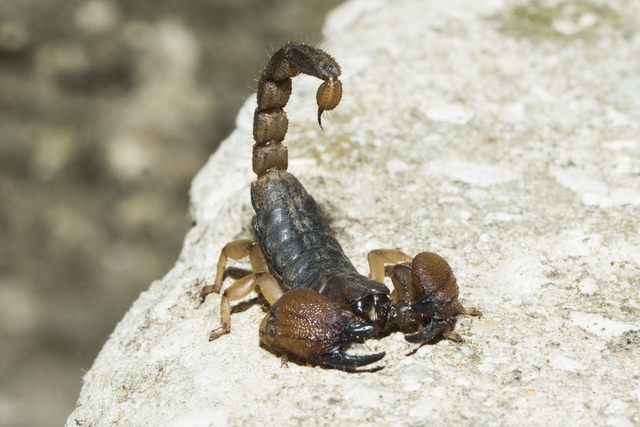 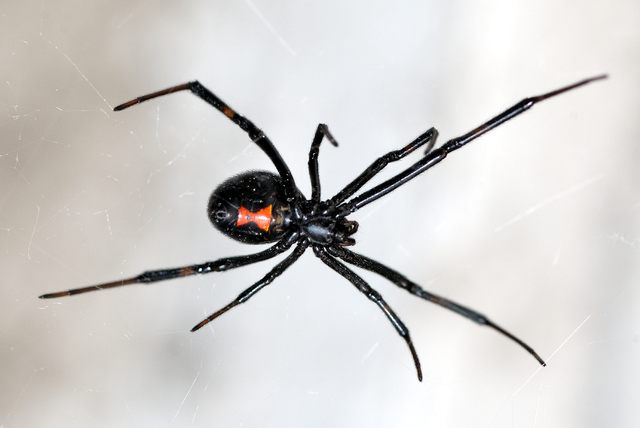 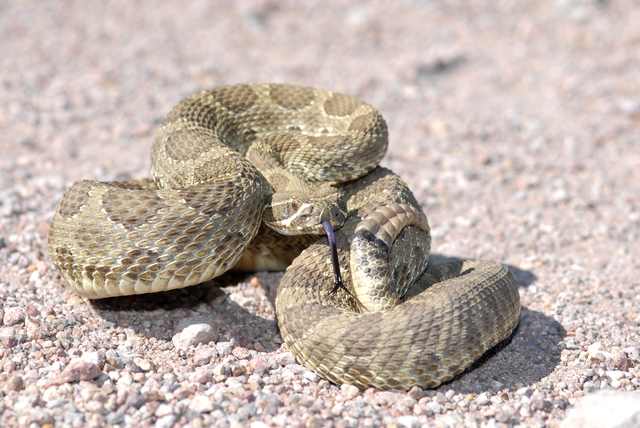 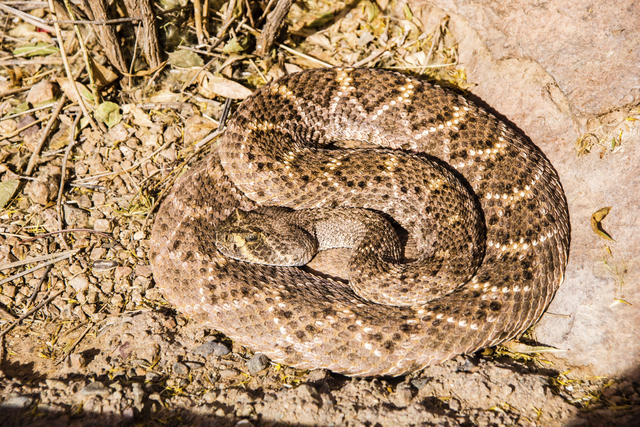 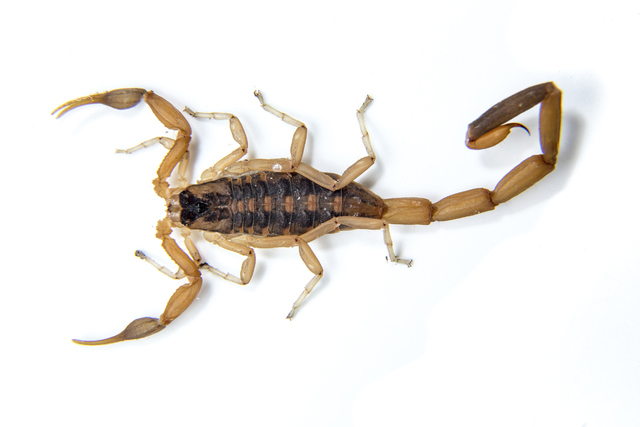 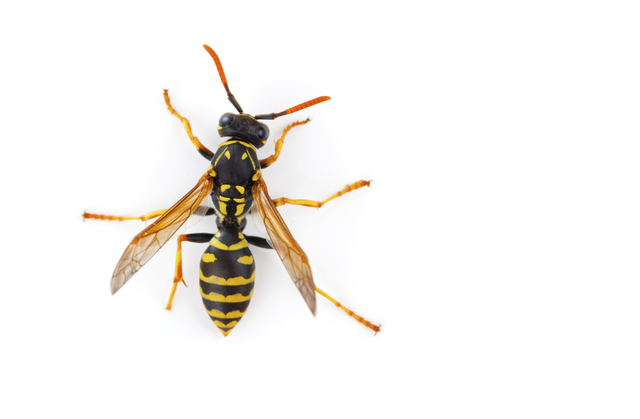 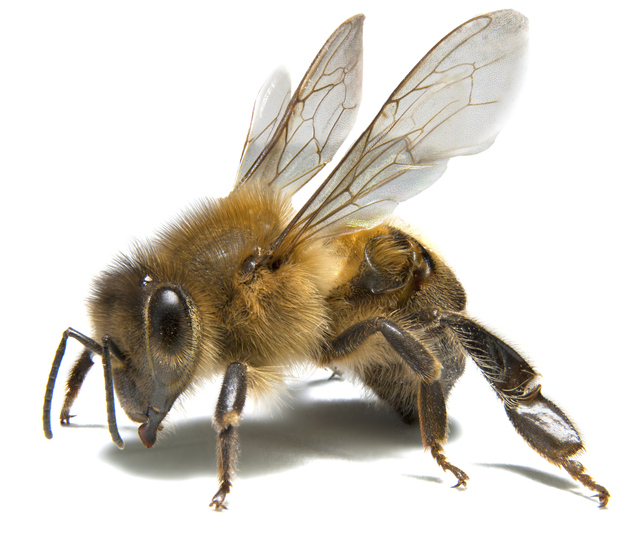 Summer has arrived, and with higher temperatures and sunny weather comes the increased chance that we two-legged desert creatures will interact, unexpectedly and potentially painfully, with some of our four-, six-, eight- and no-legged desert neighbors.

And, unfortunately, those bees, spiders, scorpions and snakes — and even the cats and dogs who live with us — can inflict some annoying, maybe painful, potentially serious bites and stings upon us.

Note, first, that for just about every bite or sting from just about any creature, immediate first aid calls for washing the wound with soap and water, applying ice or cold compresses to reduce swelling, and then taking ibuprofen or acetaminophen, if needed, for pain.

Then, depending on the type of creature, the severity of the bite and the symptoms the patient displays, a visit to an emergency room or urgent care center, or at least a follow-up appointment with your own physician or health care provider, may be in order.

Finally, in the case of any sting or bite — even ones that seem to be minor — watch for signs of anaphylaxis, a potentially deadly allergic reaction. Symptoms include difficulty breathing; swelling or numbness of the tongue, lips, mouth or face; rapid pulse; or a rash. Such symptoms require an immediate trip to the emergency room (and, if the patient has been prescribed one, use of an epinephrine injector followed by a trip to the ER).

How it looks: A bee sting usually will be obvious because of redness or inflammation and, in the case of a bee, the stinger that’s left in the skin. If the sting is from a wasp or other insect that doesn’t lose its stinger, the sting may look as subtle as a bump or redness at the site, Alpert says.

First aid: If the stinger remains in the skin, use a credit card or straight-edge to scrape it away, but avoid squeezing the venom sac, Alpert says.

Wash the wound with soap and water as you would any puncture wound, Meeks says.

“If there are any leftover parts of the stinger, you’re worrying about an infection developing there,” Meeks says. “It’s pretty unlikely, but it’s good first aid to clean any open wound with soap and water and watch (the wound) to prevent infection.”

Then, “you can use a cold compress to reduce swelling,” Alpert says. If desired, take Tylenol or ibuprofen to reduce pain, “and if it itches, something like over-the-counter Benadryl.”

The pain probably will be minor and subside quickly. However, keep an eye on the patient over the next few hours for signs of an allergic reaction or infection.

“What you really have to watch for is an increase in terms of redness and swelling, the person running a fever and developing systemic symptoms like the flu,” Alpert says

Should you seek medical attention? Generally speaking, Meeks says, “the only time you need to go to the ER (for a bee sting) is when you have some signs of an allergic reaction, and by that we mean trouble breathing, swelling of the tongue or lips or lightheadedness.”

How it looks: Most spider bites look “generic, almost nondescript: Kind of red, and swelling in the area wherever the venom went in,” Alpert says.

“Typically, in Las Vegas, we worry about the black widow,” Meeks says, which can be identified by its shiny black appearance and red hourglass marking on its body.

Black widows often can be found under rocks, in wood piles, under mailboxes and in irrigation boxes, Meeks says, and “when you’re bitten you often don’t know unless you see it. The bite’s not really painful, so it’s often unnoticed.”

The black widow’s venom can cause pain, cramping and muscle spasms, typically within the first hour, Meeks says. The pain and cramping then can spread from the extremities to the abdomen, and even can mimic appendicitis or pancreatitis.

First aid: Because it’s a puncture wound, wash the wound thoroughly with soap and water, apply ice or a cold compress to reduce swelling, and take a painkiller if necessary.

Should you seek medical help? If there are serious pains or cramping, “you could go to the ER and they might check to make sure your tetanus is up to date and, if you have allergy symptoms, begin antihistamines,” Meeks says.

Note, however, that children, the elderly and pregnant women are most at risk of serious reactions to a black widow bite and should probably go to the ER, Meeks says.

On a related note, Meeks adds that although Southern Nevada is “not supposed to” be home to the brown recluse spider — identifiable by the violin markings on its back — he has talked to patients and others who maintain that the spiders can be found here.

Although the black widow’s venom affects the nervous system, the recluse’s “basically eats away the tissue,” Meeks says.

The bite may at first be red and itchy, Meeks says, and “fortunately, most of the time, they’re fairly mild. But the venom … actually will break down the cell membranes and you get this blackened area where the skin is being broken down and becoming necrotic, or dying. This happens in about 10 percent of (recluse) bites.”

In such cases, antibiotics will be administered, and surgery — including debridement of dead tissue followed by skin grafting — may be required. “But, again, that doesn’t happen often,” Meeks says.

How it looks: Scorpion stings can take the form of a swollen red pimplelike bump, Alpert says, “People will come in and say, ‘Look at this bump; I don’t know where I got it.”

The wound can be very small, Meeks adds. Patients may or may not see a pinpoint, and a lot of people don’t even realize they’ve been stung.

“The symptoms are pretty telling, though,” Meeks adds.

Although the pain can range in intensity from mild to moderate, “it feels like you’ve been shocked or electrocuted. That starts fairly immediately, within a few minutes of the sting, and they progress over the next few hours.”

The sensation can move along the extremities, and other symptoms can include an elevation or drop in blood pressure, a racing heart and sweating.

First aid: Wash the wound with soap and water, apply ice or a cold compress to reduce the swelling and take pain medication as necessary. Watch for signs of an allergic reaction or infection.

Should you seek medical help? Generally, Meeks says, “you probably want to get checked out at the emergency room.”

“I used to tell people not to unless it’s serious,” he adds, but such symptoms as muscle cramping, muscle twitching, tremors, hyper-salivation and roving eye movements also can occur and merit a look by a doctor or medical professional.

“A lot of people don’t go to the ER for minor symptoms, but if you feel the symptoms are significant, and that varies from person to person, then bring them in,” Meeks says.

However, Meeks says, definitely bring in infants, children and the elderly, who are more susceptible to problems from the potent venom of the bark scorpion, the variety that is found throughout the Las Vegas Valley, Meeks says.

First things first: A bite from a rattlesnake — or, for that matter, any unidentified snake — is “an emergency,” Alpert says, and whether the snakebite patient is “experienced or not on whether or not this is a venomous snake, you’d rather not take chances.”

HOW IT LOOKS: Symptoms can include swelling, pain, blistering and bruising, Meeks says, and symptoms may move from an extremity toward the heart. Other symptoms can include abdominal pain, dizziness, falling blood pressure and altered mental status.

FIRST AID: First, “you want to get away from the snake if you can,” Meeks says. “Don’t worry about capturing it. Some people try to capture them, but that’s not necessary. Of course, if you can identify it, that’s great. Most of the time, if (it) rattled, that’s what we need to know.”

Call 911 for an ambulance if that’s an option. Remove rings, watches or anything that might constrict blood flow. “One of the problems is the extremity will swell and they can swell to cut off one’s circulation,” Meeks says.

Clean the wound with soap and water, if you can, Meeks says, and “stay calm.”

Don’t make incisions on the wound and suck out the venom, Meeks says. “You can damage nerves and blood vessels and cause infection. And, they think the reduction of the venom, the amount of venom removed by those things, is so minimal it’s not worth the risk. And don’t apply a tourniquet.”

If an ambulance isn’t on the way, go immediately to a hospital emergency room.

Meeks says an estimated 25 percent of rattlesnake bites aren’t envenomed, but don’t wait for symptoms to appear to find out. “You need to go to the hospital no matter what.”

The quicker that antivenin can be administered, the better, Meeks says, and delays “can lead to serious complications. You could lose the limb. You could die from these (bites). So I think it’s best to just get in.”

CATS (AND DOGS, TOO)

Why do we include man’s best — and second-best — friend here with all of these creepy creatures?

Mostly because our pets are the animals we interact with most often, and also because, well, it happens.

Most pet owners don’t think too much of a nip from a dog or cat. But research indicates that about “85 percent of cat bites become infected,” Meeks says. “They have sharp, needlelike teeth, so the germs and bacteria get embedded deeply.”

Dog bites, meanwhile, can cause tearing and tissue damage. So, Meeks says, both dog and cat bites “need to be assessed for tetanus and damaged tissue.”

Watch for signs of infection — redness, swelling, pain — with any bite, no matter how minor it seems. And, again, any bite calls for a tetanus booster if the patient hasn’t had one, so check with your doctor.