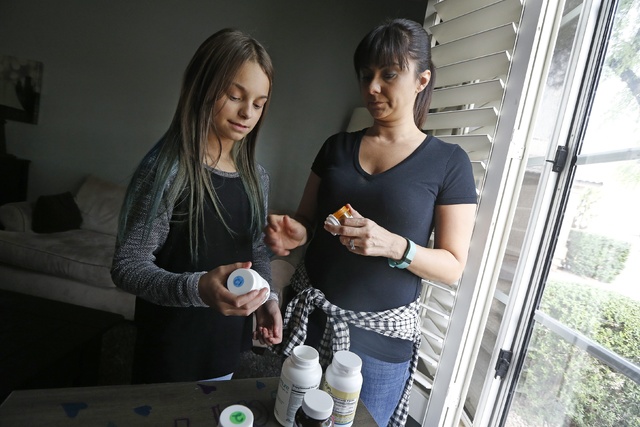 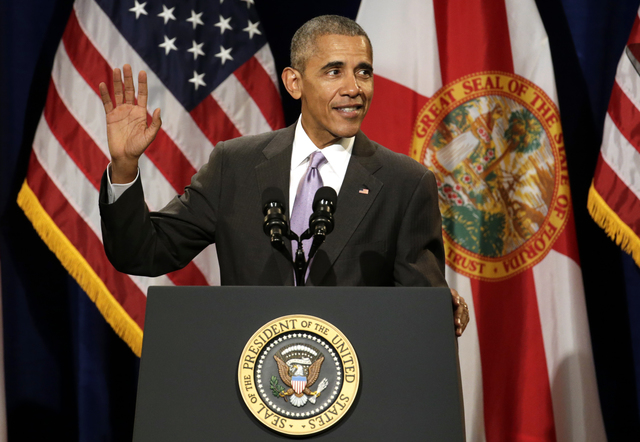 It may not feel like it, but Nevadans who get their health insurance courtesy of the Affordable Care Act can consider themselves relatively lucky as 2017 comes into focus.

Yes, they will pay an average of 11 percent more in premiums for their coverage than they did this year. And, yes, many will only be able to pick from plans offered by a single insurer.

But it could have been far worse. Proof lies just across the border in Arizona, where some premiums are skyrocketing by triple digits and most insurers have fled the market.

A new federal report on insurance premium prices released earlier this week and a county-level analysis published Friday by the Associated Press and consulting firm Avalere Health painted a comprehensive picture of the state of ACA health care insurance entering 2017.

Monday’s report by the U.S. Department of Health and Human Services showed that premiums for a midlevel benchmark plan will increase an average of 25 percent in 2017 across the 39 states served by the federally run online market, including Nevada.

For many, the news was worse. In 130 counties across six states — many of them areas down to only one participating insurance issuer — benchmark plan premiums will jump at least 75 percent, the HHS said.

That figure doesn’t include taxpayer-provided subsidies, which are available to many enrolled in an ACA plan. HHS officials noted that a majority of those who purchase plans through HealthCare.gov and its state-run counterparts – including Nevada’s Silver State Health Insurance Exchange — receive financial assistance and may not see their out-of-pocket expenses increase much, if at all.

News of the impending price increases was followed by a second whammy on Friday: The AP-Avalere analysis showing that Americans in the health insurance markets will have less choice next year than at any time since Obamacare coverage began in 2014.

About one-third of U.S. counties — or more than 1,000 counties in 26 states — will have only one health marketplace insurer next year. That includes 10 of Nevada’s 17 counties — all of them rural — and is roughly double the number of counties with a single provider in the first year of the program.

For example, the new HHS data indicated that the average premium for a 50-year-old nonsmoker in Nevada on the second-lowest-cost silver benchmark plan will rise from $552 in 2016 to $587 in 2017 – an increase of just 6.3 percent.

Similarly, a Kaiser Family Foundation analysis of benchmark plan premiums for a 40-year-old nonsmoker in Las Vegas found an 8 percent difference in premium costs between 2016 and 2017 rates, without factoring in tax credits.

Nor has the state seen the number of participating insurers decline to the degree that many states have. After some departures from 2015 to 2016, all three providers that offered plans in Nevada in 2016 — Anthem, Health Plan of Nevada and Prominence Health Plan — are returning in 2017. Anthem is the only insurer offering plans through the state exchange in all counties, which explains why residents in some counties only have one choice.

Experts say the level of competition in Nevada likely played a role in keeping premium increases down.

Federal officials also are keeping a close watch for signs of price-gouging in counties with only one insurer in the marketplace, which also may play a role, said Gerald Kominski, director of the UCLA Center for Health Policy Research.

“I know the government is interested in monitoring whether premiums increase in marketplaces that only have one insurer,” he said.

Heather Korbulic, executive director of Nevada’s insurance exchange, said her office hasn’t yet received calls about the rising premiums from concerned residents, which she said likely has to do with the ACA’s formula to protect customers from sharp price hikes.

“The premiums will go up, but in correlation, the amount of subsidies increases,” she said.

Nor does she believe they will have much impact on enrollment in 2017 plans, which begins on Nov. 1, given that about 87 percent of Nevadans enrolled in an exchange plan currently receive the Advanced Premium Tax Credit.

But critics say the rising premiums are hurting Nevada families that don’t qualify for subsidies.

“While the ACA expanded access to health insurance, it has fallen well short of its stated goals of expanding access to care and lowering costs, as highlighted by this recent report,” U.S. Rep. Joe Heck, R-Nev., said in a statement this week.

That’s undeniably true for many families nationwide, who are facing difficult choices as they wait for their insurance notices for 2017, even weighing whether to stay covered.

Among them are Ryan and Nicole Robinson of Phoenix, who only have plans from one insurer available next year, and the company doesn’t appear to cover an expensive immune-system medication for their 11-year-old daughter.

Ryan Robinson, who works in sales for an out-of-state health care company, said the family’s premium will go from $821 to $1,489. It’s more than their mortgage and they don’t qualify for an income-based subsidy.

But what most worries the Robinsons is how they can pay for their daughter’s two medications, one of which is an immune-system drug costing about $5,000 a month.

The Obama administration says that consumers in such situations can seek an exception, but so far Robinson said he doesn’t know if he’ll qualify for one.