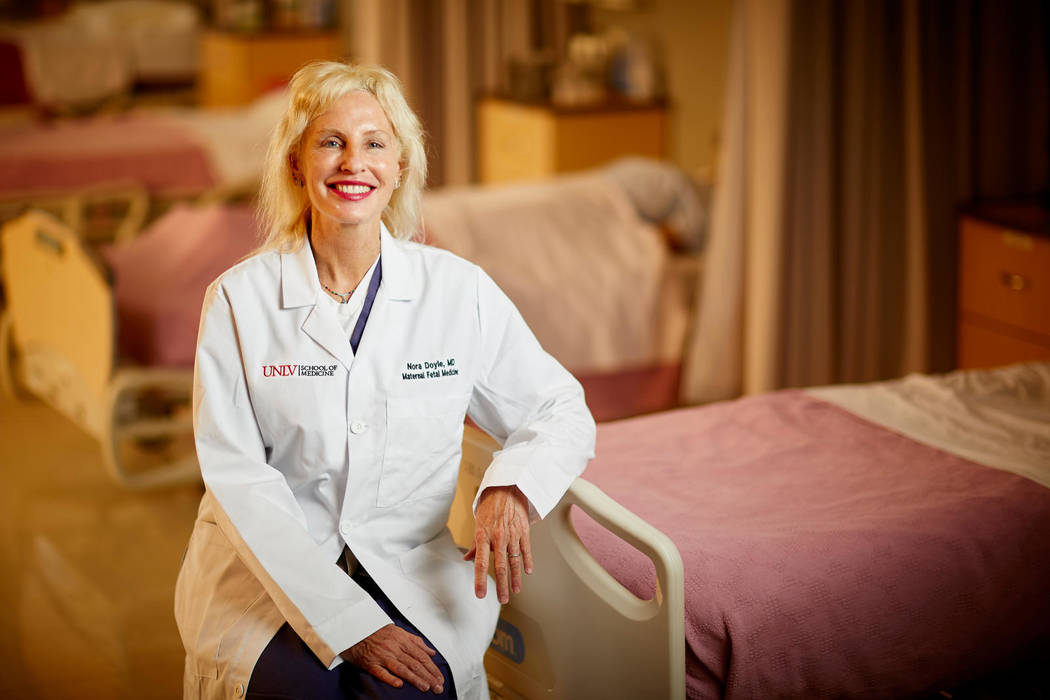 A woman’s daily use of marijuana during pregnancy can increase the risk of health problems for her baby, according to a new study by doctors with the UNLV School of Medicine.

One risk is delayed fetal growth, which can put a baby at risk for complications before and after birth, said one of the researchers.

The time was right for the research following legalization of recreational marijuana in Nevada in 2017, said Dr. Nora Doyle, a co-author of the study.

For the study, published in November in the Journal of Maternal-Fetal and Neonatal Medicine, the physicians reviewed sonogram data from 450 pregnant women who self-reported daily marijuana use. They found that daily use was associated with problems including low birth weight, low resistance to infections, low Apgar scores — an assessment of an infant’s health at birth — and in the most severe cases, stillbirth.

They also found “placental vascular resistance” in both the second and third trimesters of pregnancy, a condition that disrupts the necessary flow of oxygen-rich blood through the placenta, which can lead to delayed growth, according to the study, led by UNLV School of Medicine resident physicians Bobby Brar and Pooja Patil, and co-authored by faculty physicians David Jackson, Michael Gardner, James Alexander and Doyle.

The study found that exposure to chemical compounds called polycyclic aromatic hydrocarbons, which are found in tobacco and marijuana smoke, may explain the growth abnormalities. Some studies have shown a higher concentration of these compounds in marijuana smoke than in tobacco smoke.

It is likely the exposure to these compounds, and not the nicotine or THC — the substance in marijuana that creates the high — that leads to the delayed growth, according to the study.

The study’s authors discouraged marijuana use during pregnancy, noting that additional studies are needed to better understand the drug’s effects.

During Doyle’s medical training in the early 1990s, the risks of smoking marijuana during pregnancy were downplayed, she recalled.

“More and more, we’re gathering evidence about marijuana and the neuro-development of the baby,” she said. “There are some receptors in the fetal brain that specifically are targeted by marijuana. The babies’ brains are developing. The exposure to marijuana in concentrated forms can be a problem.”

“There is a potential for a marijuana fetal syndrome,” she said, drawing a parallel to the 1960s and 1970s, when babies were born with fetal alcohol syndrome before it was widely known that drinking during pregnancy could be dangerous.

One issue, Doyle said, is that many women don’t know that marijuana use during pregnancy may not be safe.

The self-reported use of marijuana by pregnant women in Nevada has more than tripled since 2010, according to statistics from the state Department of Health and Human Services. The rate per 1,000 live births, which was 3.3 in 2010, jumped to 13.7 in 2018. Since 2015, the marijuana use rate has surpassed the alcohol use rate during pregnancy, which in 2018 was 4.2 per 1,000 live births.

“The research (on marijuana) is trying to catch up with the use,” said Stephanie Woodard, senior advisor on behavioral health for the department.

“The public health effects of cannabis use in special populations is a priority for us,” she added, noting that the state is poised to do further study of marijuana use and more public education.