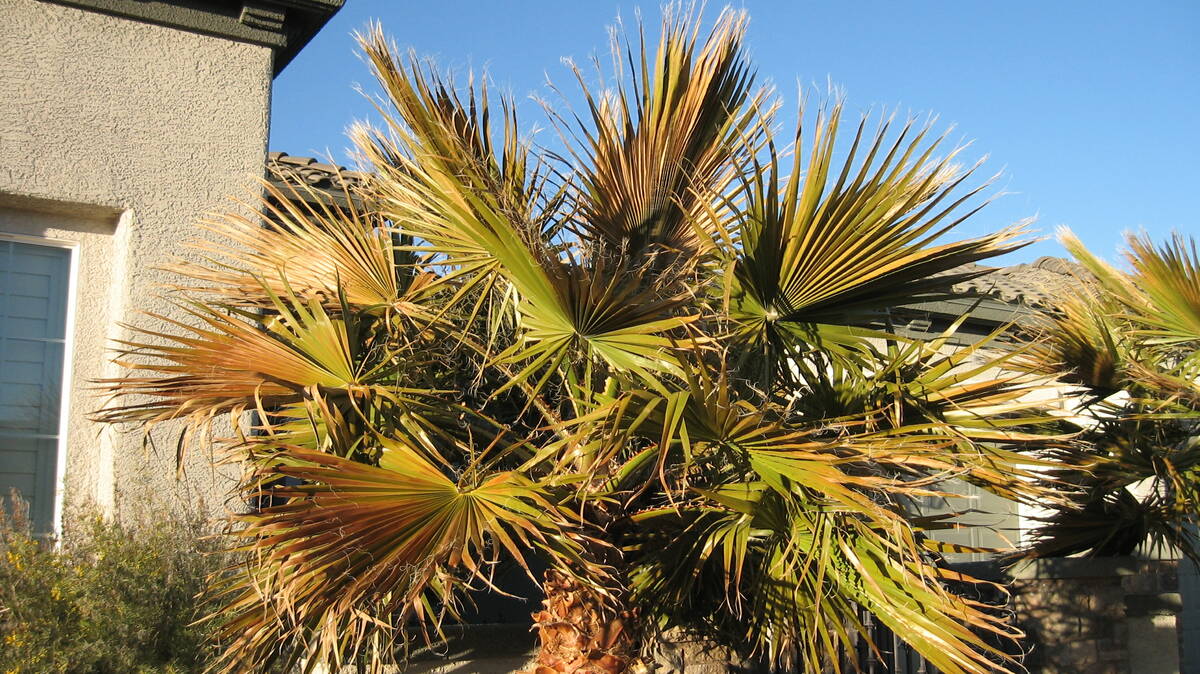 All parts of tropical plants such as tomatoes and bougainvillea experience chilling injury when temperatures drop a few degrees above freezing and may extend to 50+ degrees F. Chilling injury (as opposed to freeze or frost damage) occurs at different temperatures and depends on the plant.

Chilling injury damage to tropical and subtropical plants includes small stem and leaf discoloration, leaf roll, poor growth and susceptibility to some diseases like root or collar rot. Symptoms of chilling injury include a change in color such as yellowing or bronzing of leaves that ultimately results in leaf scorch or drop, the slowing or halting of growth, water-soaked patches in soft and semi-hard tissues, susceptibility to diseases, and wilting.

Chilling injury is due to cooler or cold weather (above freezing) temperatures to tropical plants growing outside of — or close to — the fringes of their normal range. As a side note, I noticed leaf and stem discoloration (closer in color to leaf bronzing) in mesquite, palms, citrus and a wide range of plants growing at different temperature ranges.

Temperate fruit like apples and pomegranates, unlike tropical fruit like tomatoes and bananas, are not damaged at refrigerator temperatures (around 40 degrees) because fruit from these trees can handle these lower temperatures. The ideal storage temperature for these types of fruit is somewhere close to freezing and combined with high humidity. High humidity slows water loss and helps delay some fruit from shriveling.

Open flowers of any fruit (citrus, peach, apple and others) can’t handle temperatures below freezing even though most plants or trees might show no damage at all. When flowers are simply buds and not yet open, there is a small amount of freeze protection provided to the developing flower. This freeze protection starts disappearing as the flower buds mature into open flowers.

As the flower begins opening, and the frost-sensitive ovary is surrounded by the freezing night air, is when we experience damage or fruit loss. Fruit loss due to a frozen flower ovary can happen in a few seconds.

This is why sprinklers, ultimately resulting in applied water turning to ice on the flowers, are used in orchards to prevent freeze damage to flowers (ovary). The act of water freezing releases a small amount of heat that protects flower ovaries from death.

If you are curious if the ovary of a flower from your fruit tree was damaged during a freeze, pull the flower apart a few days after a suspected freeze and inspect the ovary for death. Ovaries that eventually turn into fruit will be robust and green. Dead flowers drop from the tree early or have a dull, water-soaked appearance if they are still attached.

Just because the flower you inspected was dead doesn’t mean there will be no fruit produced at all. It takes about two or three weeks for all the flowers to open in spring flowering plants. Several consecutive light freezes in a row (or only one hard freeze) are needed to totally wipe out a crop of fruit from a mature tree.

Move fruit trees to a new location. If your fruit trees are less than 3 to 4 years old, now is the time of year to move them. South- and west-facing sides of walls and buildings are tough to grow plants because of the heat they reflect.

Some citrus is in landscape wind tunnels that remove flowers during strong winds. North and east sides of buildings and walls as well as backyards have a gentler environment.

In cooler, gentler areas of the landscape expect flowering to be two to three weeks later. Group plants together so they can share water and fertilizer, and protect each other. If they can’t be grown together, consider constructing wind barriers.

Try kumquats which are cold hardy, subtropical citrus trees. The small fruit can be freshly harvested and eaten from the tree but still gives you that citrus kick.

Kumquats flower several times during the summer instead of just once and yet are small enough to grow in a container. Flowering more than once during a single growing season increases your chances of having a successful crop if you have late or multiple freezes.

Always group plants and fruit trees together. Improve the soil at the time of planting and every couple of years. The water, soil improvement and shade that they provide and share are a big benefit to them when grown in the desert.