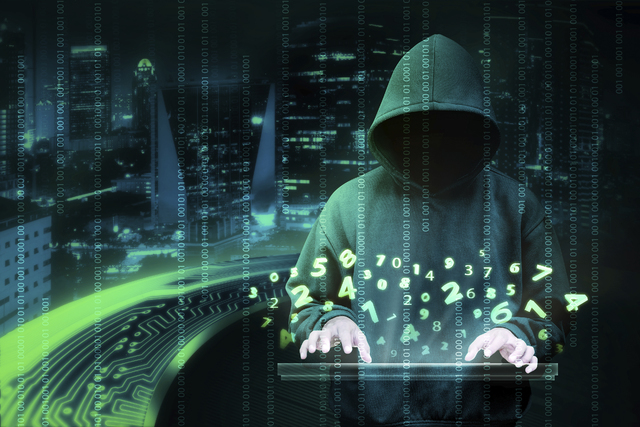 Recently, Jessica Kennedy was sitting in a quaint little cafe during a trip near the Pacific Coast when she spotted a woman about to do her online banking on a personal computer by using the restaurant’s public Wi-Fi.

She immediately told the stranger to stop and began explaining how easy it would be for someone to get her personal information, including the passwords to her banking accounts. She then went on to say that while everyone in the cozy eatery looked “super nice,” any one of them could be hacking into her computer’s data.

“I’m pretty unabashed most of the time,” said Kennedy, who teaches internet privacy through the University of Nevada, Las Vegas, continuing education program.

Kennedy’s advice to a stranger doesn’t seem so unabashed these days. As the everyday errands and duties of life take place more frequently online — from shopping and banking, to applying for jobs — personal information is becoming more vulnerable.

The more boomers get wired in, the more they’ll need to be proactive about their own cyber security. The following is a list of some basic safety tips and where to learn more:

Make sure a shopping site is secure before using it. The web address prefix “https” stands for hypertext transfer protocol secure. The “s” at the end is vital because it means that personal information is “secure” and will be encrypted as it goes from a personal computer to a company’s server, Kennedy noted.

It’s also advisable to stick with well-known companies and online businesses that have a solid reputation.

“Don’t go shopping online and buy stuff from obscure websites that we’ve never heard of, that there’s no information about,” said James Elste, faculty adviser and co-director of the Cyber Security Center at the University of Nevada, Reno.

Signing up with payment services such as PayPal is another way to gain more control over online transactions, he noted. Rather than inputting debit and credit card information online every time a purchase is made, these services have the information and act as brokers for the transactions. They also work only with reputable companies.

Most public Wi-Fi is not secure, so using it on your smartphone or laptop for personal transactions such as banking, applying for a job or online shopping is asking for trouble. The experts advise not checking email either because once someone has access to an email password, they can get access to personal data.

Also, if using public Wi-Fi while perusing the internet, only log in to secure websites. Again, they will have the “https” at the beginning of the web address, and it should be on every page of the site, not just the sign-in page.

It’s also a good idea to turn off smartphone and laptop settings that allow automatic connection to public Wi-Fi.

As a general rule, it is important to think about the possible consequences before posting information on social media. A Facebook post announcing a garage sale you’ve been planning for weeks, in other words, might not be such a good idea, Kennedy said. It’s one thing to post information about yourself online, it’s another to also announce that you are moving, or will have a cash box and access to your property on a certain day.

“I wouldn’t walk up to you on the street and say, ‘Hey, this is everything you need to know about me,’ so don’t say it online,” Kennedy said.

If someone is on vacation or even just away from home for a few hours, they shouldn’t announce it by posting a photo on social media, but rather wait until they get back home, Kennedy added.

Also, according to the Identity Theft Resource Center, photos that are passed on via smartphone may be embedded by the phone’s GPS (global positioning system) with information on where it was taken. There are usually ways to turn off a phone’s location function.

A different password should be used for every online site, and passwords should be changed frequently. Kennedy recommends at least every six months for those used to access email. Also, passwords should not be stored on a smartphone, because the phones are easily lost or stolen.

There is no one answer to creating passwords that are both strong and easy to remember, Elste said. But one approach is to string together four random words that make sense to the user but not to anyone else, such as “horse, apple, sled and sky,” he said.

The “sophisticated” solution is a password manager, or software that can store all those passwords and user identifications in one location, requiring only a single master password to get access to them, he added.

Kennedy advises passwords be 10 characters at the very least, because the longer the password, the tougher it is to figure out. Her tip is that computer users choose at least two words that are unique to them and will be remembered. Then, they should create a password using both capital and lowercase letters, numbers and symbols to spell the words.

There are other resources that offer password tips, such as the Identity Theft Resource Center website, idtheftcenter.org; the Federal Trade Commission, consumer.ftc.gov.; and the National Cyber Security Alliance, staysafeonline.org. These organizations, in fact, offer a host of information on personal online security.

Elste emphasized that it all boils down to being educated and aware.

It is important to know the security of the device one is using. If it’s a smartphone, for example, it should have a password to gain access and the privacy features should be turned on. Also, one should be aware of the vulnerable information they are inputting into a device, such as Social Security number, driver’s license or bank account numbers, and know whether the software they are downloading, such as all those smartphone apps, is secure.

Finally, there are an incredible amount of online websites and articles offering the latest information on cyber safety, including phishing and online scams. “Every individual has to start thinking about their own cyber defense. They cannot rely on anybody else to protect their information and they have to become educated and they have to start applying these techniques themselves,” he said.