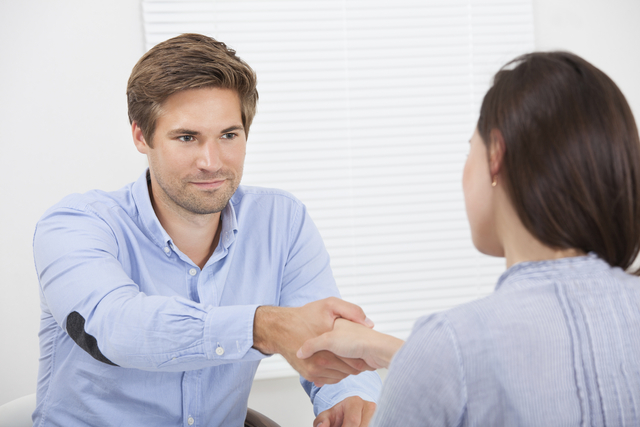 When you're interviewing candidates for a job, it's important to know the difference between confidence and arrogance.

There’s a fine line between confidence and arrogance, and unfortunately in business, it can be the make-or-break quality of a successful leader. Arrogant leaders are prone to being disagreeable and aggressive; they tend to push down their employees, drain away motivation and loyalty and paralyze productivity. Erika Napoletano, in a recent Entrepreneur.com article, calls arrogance “the idiot cousin of the confident businessperson.” Motivational sales trainer Patrick Henry Hansen, who has advised my company on a number of issues over the years, puts it this way: Confidence is always attractive, and arrogance is always repulsive.

Although many of us would probably say that we know it when we see it, being able to articulate the difference between confidence and arrogance is actually quite important. Especially when it comes to making executive hiring decisions, we typically don’t have the luxury of interacting with the candidates outside of an interview or over long periods of time.

That’s why it’s important to pick up on certain character traits and other quantifiable observations that can help us make this determination quickly and accurately. Here are some of the most important differences between confidence and arrogance:

1) Arrogant people drop names and talk about themselves. Confident people know how to talk about accomplishments in an appropriate context.

Arrogant people are name-droppers and self-promoters. They talk about who they know with the sole intent of looking better, and they look for any opportunity to go on and on about what they’ve accomplished. Confident people understand their own self-worth and thus don’t need to brag. They mention accomplishments and people they know only when the context of the conversation calls for doing so.

2) Arrogant people interrupt and have trouble listening. Confident people proactively seek out input from others.

When arrogant people are in a roomful of people, they talk more than they listen, and they are forceful about pushing their viewpoints. They may internally justify their behavior as a display of charisma and confidence, but in reality, they’re simply demonstrating they are primarily concerned about themselves. Confident people, by contrast, are eager to listen to others and to build conversations and relationships with people from what they learn through listening. They look you in the eye and aren’t distracted by others in a room they also want to speak with.

Arrogance stems from an overinflated sense of self-worth, and arrogant people typically feel threatened by shared success. Arrogant people believe that to maintain their self-worth, they must continually remind others of what they alone have accomplished. Confident people are humble and have keen self-awareness; they understand that success stories rarely happen in the context of “I” — because they are really a “we” effort.

When an arrogant person is talking, you’ll notice they make word choices that subtly demean and put down others. They also use dominating body language, such as pointing at someone rather than gesturing in a friendly manner, or using a hand wave that is dismissive rather than welcoming. Confident people bring up others through positive words and non-dominant body language.

5) Arrogant people have an answer for everything. Confident people know when to say, “I don’t know.”

It’s often been said that arrogance is a way of compensating for feelings of weakness and insecurity. Consequently, arrogant people are afraid to say, “Here’s what I know and what I don’t know. And here’s what I intend to find out.” They would rather pretend they know everything and will never admit to mistakes. Confident people aren’t afraid to admit their shortcomings because they understand the value of honesty and humility — and they understand what happens when people overcompensate for their shortcomings with lies and cover-ups.Misreading arrogance for confidence can be a disastrous business mistake. Remember, name-dropping, having trouble listening, talking in terms of “I,” using demeaning language and being a know-it-all are all characteristics of arrogant people. Instead, seek to hire a confident leader who contextualizes accomplishments appropriately, seeks out input from others, defines successes in “we” terms, is accessible, and isn’t afraid to acknowledge shortcomings. The difference can dramatically impact your bottom line.