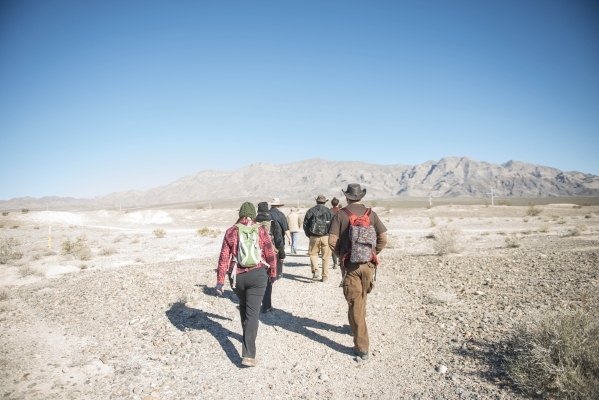 Hikers make their way through Tule Springs Fossil Beds National Monument in Las Vegas on Wednesday, Nov. 11, 2015. Tule Springs is one of the nationÂ´s newest National Park Service sites. It is set aside to preserve a collection of fossils that are up to 200,000 years old. Jacob Kepler/Las Vegas Review-Journal 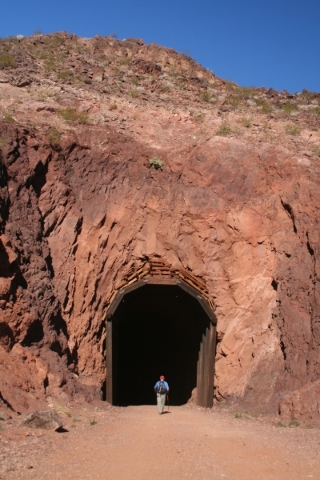 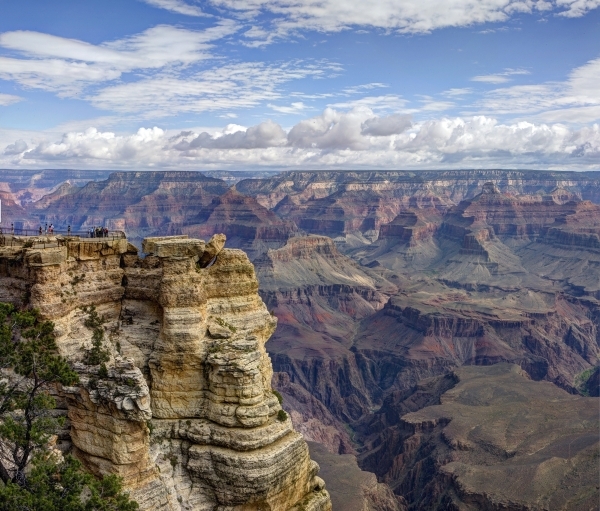 Mather Point, a short walk from the Visitor Center, parking lots and the shuttle bus transit station, is one of the most popular and busiest viewpoints on the South Rim of Grand Canyon. For visitors entering the park on the South Rim, Mather Point is the often the first place to stop and view the canyon. NPS Photo by W.Tyson Joye. 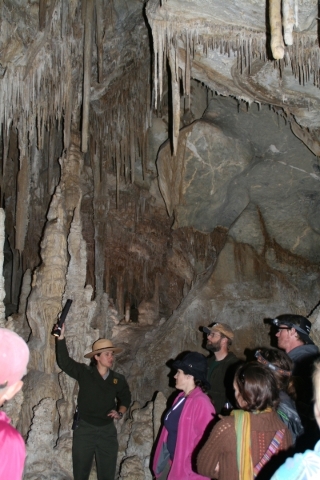 You probably know about Lake Mead National Recreation Area and maybe even Great Basin National Park up north, too.

Another thing you probably don’t know: 2016 marks the 100th anniversary of the National Park Service’s creation, which would make this year a particularly good one to check out a few of the places you haven’t yet visited.

(Two other popular outdoor destinations here are managed by other agencies: Red Rock Canyon National Conservation Area by the U.S. Bureau of Land Management, and Mount Charleston, in the Spring Mountains National Recreation Area, by the U.S. Forest Service.)

The NPS estimates that the 10 destinations account for almost 10 million acres of land. Lake Mead National Recreation Area spokeswoman Christie Vanover suspects many Southern Nevadans may not be aware that such a wealth of NPS-managed recreational opportunities can be found so close to home.

But plenty of us, locals and tourists alike, sure are. In fact, those 10 local National Park Service destinations hosted almost 22 million people last year, according to the NPS, and Vanover says that meshes with an upward national trend in park attendance in recent years.

“What people don’t realize is Lake Mead National Recreation Area is the sixth most visited of all the parks in the system,” Vanover adds. “We get about 7 million visitors a year, more than Grand Canyon, more than Yosemite, more than Yellowstone, because of our proximity to Las Vegas.”

The National Park Service manages more than 400 sites across the country. In addition to the national parks with which most Americans are familiar, the NPS manages areas designated as historical parks, historical sites, national monuments, battlefields, military parks, preserves, reserves, recreation areas, seashores, parkways and lakeshores.

Yellowstone National Park became the country’s — and, the NPS says, the world’s — first national park on March 1, 1872. But it wasn’t until Aug. 25, 1916, that President Woodrow Wilson signed into law the bill creating the NPS.

As part of its effort to encourage Americans to discover NPS-managed outdoor sites during this centennial year, the agency offers a website (www.nps.gov/findapark/index.htm) that will link people to specific parks in their areas. Vanover says the site also allows potential visitors to search by a particular activity, for example, hiking, boating, camping or fishing.

In addition, the NPS is offering fourth-graders and their families free admission to NPS-managed sites — as well as sites managed by other federal agencies — through Aug. 30. Children who participate in an online activity on the NPS’ Every Kid in a Park website, can print out vouchers that can be exchanged for “Every Kid in a Park” annual passes. (For information, visit https://everykidinapark.gov)

“With that pass, they not only get in but so does everybody in the vehicle,” Vanover says.

For the rest of us, annual “America the Beautiful” passes can be purchased for $80. The pass provides admission to more than 2,000 federal recreation sites, including sites managed by the NPS, BLM, Bureau of Reclamation and U.S. Army Corps of Engineers. (For more information, visit www.nps.gov/findapark/passes.htm)

Vanover suspects that upwardly trending attendance at NPS-managed destinations nationally — including at Lake Mead National Recreation Area, which, she says, has seen visitation increase about 3 percent — may indicate a desire among Americans to rediscover the natural world they share.

“We live in such a digital age,” Vanover says, and “we sometimes forget to explore the outdoors.”

But, Vanover says, “there’s nothing like standing on the rim of the Grand Canyon and watching people come up and getting their first view of that. Their breath is just taken away, and it’s kids and adults alike.”

• Tule Springs Fossil Beds National Monument (about 20 minutes’ driving time), the newest jewel in the NPS-administered system, is a paleontological preserve where lions, mammoths and other prehistoric creatures once lived. (www.nps.gov/tusk/index.htm)

• Grand Canyon National Park in Arizona (about five hours’ driving time), which features incredible views and opportunities to raft, hike and camp. Visitors even can see it from the air via a short helicopter flight from Las Vegas. (www.nps.gov/grca/index.htm)

• Zion National Park in Utah (about three hours’ driving time), already a popular destination for Southern Nevadans, which features colorful sandstone formations and, for many hikers, the lure of navigating The Narrows. (www.nps.gov/zion/index.htm)

• Death Valley National Park (about three hours’ driving time), which qualifies for a number of adjectives — hottest, driest, lowest — as well as another: surreal. (www.nps.gov/deva/index.htm)

• Mojave National Preserve, beyond the Nevada-California line past Primm (about 2½ hours’ driving time), where visitors can see such natural features as Joshua trees, sand dunes and wildflowers and man-made effects that include abandoned mines and homesteads. (http://www.nps.gov/moja/index.htm)