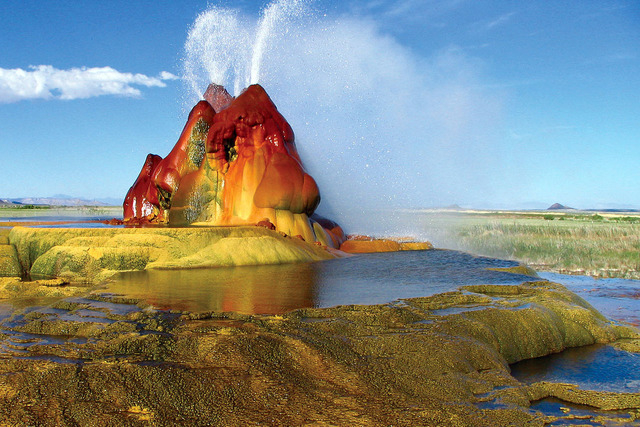 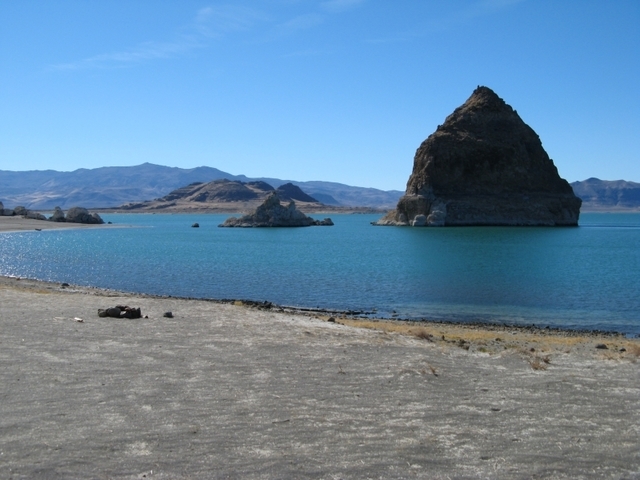 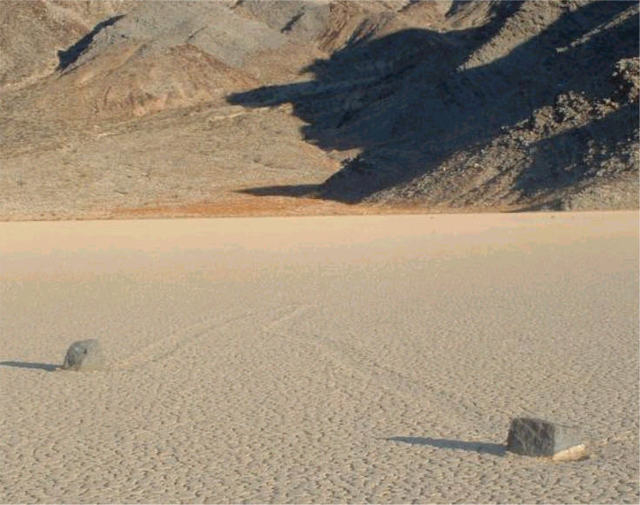 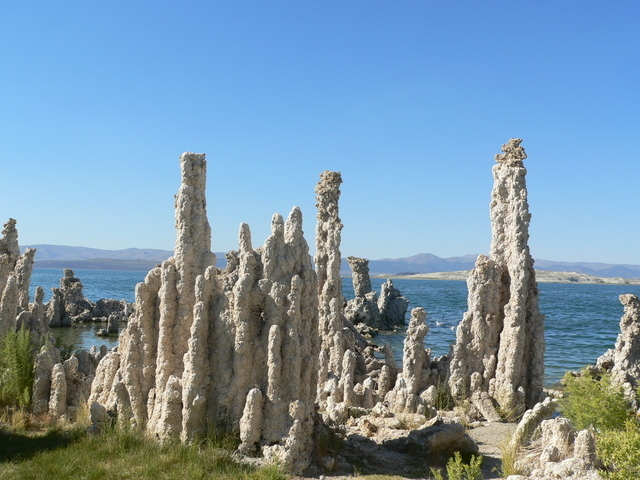 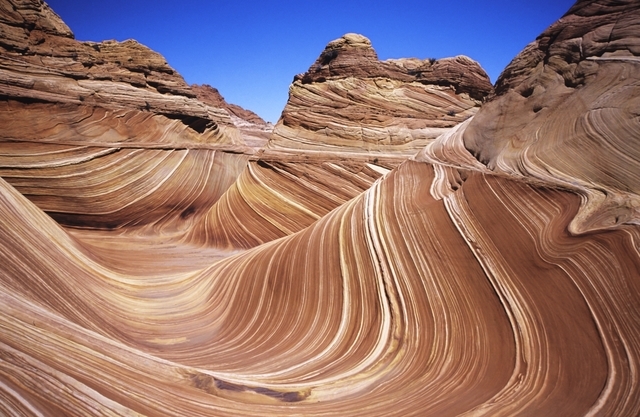 As Las Vegas locals, we’re pretty good about exploring our own backyard and all the gorgeous nature it has to offer. Most of us have made it up to Mt. Charleston to experience the snow, or gone hiking in the Red Rock Canyon, or taken a respite from the heat in Lake Mead.

But there are also several geological oddities in and around Nevada that many of us have yet to explore. From prismatic geysers, to strange rock formations, to little known lakes, our state and the deserts just outside it, boast strange places that are just begging to be put on — and immediately ticked off — the bucket lists of every Nevadan who yearns to venture off the beaten path.

Located on the Fly Ranch in the Black Rock Desert is the little know Fly Geyser. This alien formation hardly looks like something you would find in the middle of Nevada’s deserts, or even on Earth for that matter. Protruding from the ground, this bulbous rock formation gleams with reds and greens and oranges as a steady jet of water constantly spouts from the top. Although the geyser is not man-made, one could argue that it was certainly made possible by man. In 1916, the landowners drilled down, endeavoring to find water to irrigate the land. They chanced upon drilling into a geothermal pocket that erupted into the geyser that still flows today.

Fly Geyser is a bit tricky to get to. The ranch the geyser is on is in the Hualapai Valley near Gerlach. And it is considered private property. So unless you obtain permission from the owners, or attend one of their occasional property tours, you can view the geyser from State Road 34.

Located 33 miles northeast of Sparks, you will find a body of water a little different from Lake Tahoe. Pyramid Lake is warmer and more shallow than Tahoe, and varies in color from rich blue to steely gray depending on the skies. The big attraction though, is the massive, primitive-looking pyramids that jut out of the still water. These conical formations are located near the shore and provide a lovely contrast to the mountains in the distance. You might recognize the view as one of the iPad’s default backgrounds.

The drive from Reno to Pyramid Lake is a pleasant one. Merely hop on NV-445 N/Pyramid Way for 45 minutes and you’re a short hike away from the water’s edge.

Many Las Vegas locals have made it out to Death Valley and are familiar with its famed desert landscape. But Death Valley also possesses a very bizarre geological phenomenon: the sliding stones. In the dry lakebed of the Racetrack Playa, massive boulders leave trails where they have mysteriously slid across the playa. Scientists have been investigating the cause since the 1940s and have come up with dozens of interesting theories. Only as of last year has this phenomenon actually been captured on video. Scientists now believe that when conditions are perfect, ice is what gives the boulders the ability to sail across the desert. When a few millimeters of rainfall have fallen on the lakebed, and only the very surface of the water has frozen into ice, the rocks require only light winds to sail across the terrain.

The sailing boulders and their mysterious trails can be found in Racetrack Playa. You’ll need a rugged vehicle to trek out to the 2 mile stretch of desert in Death Valley located just over 5 hours outside of Las Vegas.

One of the more accessible weird locations on this list is the Elephant Rock in the Valley of Fire. The Elephant Rock is an arch of red sandstone featuring an undeniable resemblance to an elephant — head, trunk and haunches included. Conveniently, the Elephant Rock is visible from the road, though there is a short quarter-mile hike around it if you’re feeling adventurous.

The Valley of Fire is located near Overton, east from Las Vegas along Interstate 15 to Glendale Exit #93, and then south 15 miles on Nevada Route 169. A visit to the rock will only take you about an hour.

Another alien-looking spot, Mono Lake, just west of Nevada, features some really bizarre rock formations. The Tufa Towers are composed of sedimentary rock and limestone and they stick out of the water in tall cylindrical spines, looking like rock cacti. When underwater springs rich in calcium mix with the waters of the lake, these towers are formed. It is only the drop in water level that makes them visible now.

The shallow salt water of California’s Mono Lake is only 2 hours south of Carson City, or 13 miles East of Yosemite National Park.

One of the most photographed natural landscapes in the country, this rock formation in the Coyote Buttes near the Arizona-Utah border is a bucket list item for avid hikers, photographers and travelers alike. Formed by years of water erosion, the Wave looks like a surrealist artist took a water color brush to the landscape and painted the lines and spirals into the rock. Hiking around the Wave will take you at least six hours, and you’ll want to get an early start to view the wave mid-day when the rocks cast gorgeous shadows across it. Only 20 hikers a day are allowed on the trail, and you will be required to obtain a permit to gain entry. The Wave is located roughly 250 miles outside of Las Vegas. The trail can be accessed at the Wire Pass Trailhead, about 8.3 miles south of US 89.

Janna Karel is a tour guide in Las Vegas and a seasoned international solo traveler. Contact her on twitter @jannainprogress.