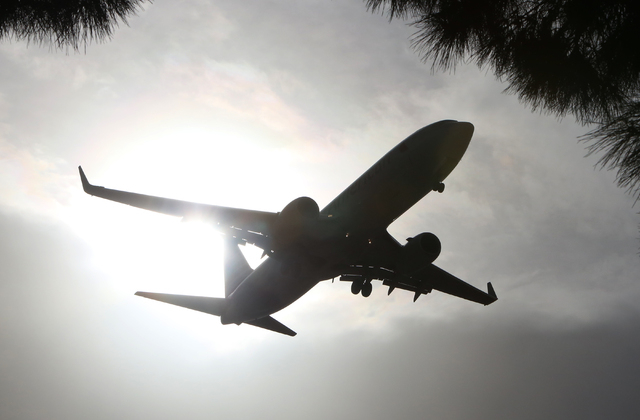 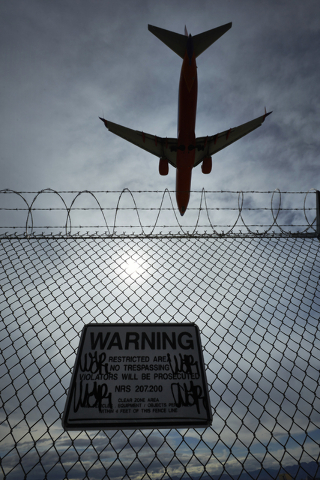 In this May 17, 2016, file photo, a plane lands at McCarran International Airport in Las Vegas. Union officials says new, state-of-the-art airport towers due to go into operation this fall in San Francisco and Las Vegas need extensive remodeling so they can accommodate technology dating back more than half a century but still relied on by air traffic controllers. The looming problem was news to the federal official who's in charge of air traffic operations. A meeting Monday will look into the matter. (John Locher/AP File)

WASHINGTON — Two state-of-the-art airport towers due to go into operation this fall in San Francisco and Las Vegas will first need extensive remodeling to make room for technology that dates backs to the early days of air traffic control, according to union officials.

The new rooms on top of the towers where controllers watch aircraft operations were designed for equipment that helps controllers track planes electronically. But the prototype electronic strip system the Federal Aviation Administration plans to use is too unstable and “crashes” too often to be relied upon, said Paul Rinaldi, president of the National Air Traffic Controllers Association. This means that controllers need to quickly turn to the historic system of passing paper strips from one controller to another to hand off responsibility for a plane and carefully line up multiple strips to keep tabs on the status of flights.

Here’s the problem: the tower “cabs” have been designed without the tables, printers and places to hang strips that are necessary for controllers to use the old system while still keeping an eye on planes, he said.

This is an example of the larger problem that the FAA’s remodel of these towers relied on the assumption that the new technology would work. The FAA’s continued use of paper strips to track planes when air traffic control systems in many countries have long since moved to electronic methods is frequently cited by lawmakers and industry officials as an example of the agency’s often painfully slow adoption of new technology. The paper strips are more time-consuming, which slows the handling of planes.

The FAA’s head of air traffic operations said she was unaware of this problem until Rinaldi raised it during a recent aviation symposium. If the electronic strips can’t be relied upon, “we’ll figure out what we need to do,” said Terri Bristol.

Rinaldi raised the issue during a discussion of legislation sponsored by Rep. Bill Shuster, R-Pa., chairman of the House Transportation Committee, to remove air traffic control operations from the FAA and spin them off into a private, nonprofit corporation controlled primarily by major airlines and other segments of the aviation industry.

The union supports the bill as a means to break FAA’s cycle of failed or delayed technology acquisition programs, and to eliminate chronic understaffing at air traffic facilities, Rinaldi said. The roughly 15,000 controllers employed by the agency is the lowest number in nearly three decades, and many controllers in New York, Atlanta and other busy facilities routinely work 6-day weeks and 10-hour days, union officials said.

The prototype electronic system developed by the FAA has been in use in the Phoenix Sky Harbor International Airport tower for several years, but has been plagued with problems that frequently require controllers to revert to using paper strips, Rinaldi said. The most recent crash of the system’s server was on May 16, said Doug Church, a union spokesman.

“The most frustrating thing is that there are systems out there that would work off the shelf,” said Rinaldi, citing electronic flight strip systems made by Raytheon, Lockheed Martin, Thales and Canada’s air traffic control agency. “Why are we recreating the wheel?”

The FAA recently solicited bids from manufacturers to create an electronic strip system for the agency to replace the internally developed prototype system. However, even after a contractor is selected, there are likely to be many years of development, testing and installation, Rinaldi said.

Construction of the San Francisco tower cost the FAA $77 million, while the airport is spending an additional $50 million to remove the old tower and construct several unrelated facilities, said airport spokesman Doug Yakel. The FAA estimated the cost of the Las Vegas tower at about $100 million at the time ground was broken in 2011.

The agency announced last week that it has broken ground on construction of a third new airport tower at Charlotte, North Carolina, that is also designed to use the prototype electronic tracking system. The design of the Charlotte cab appears to allow enough room to add equipment for the use of paper strips as a fallback, said Church.

Bristol and Rinaldi are expected to discuss the problem at a meeting Monday, he said. 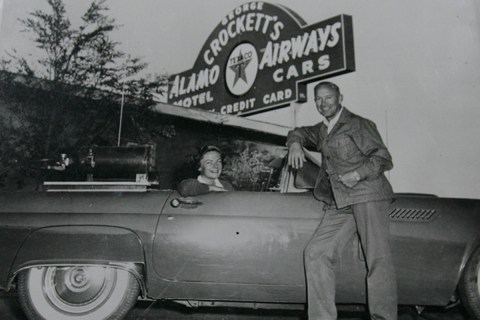