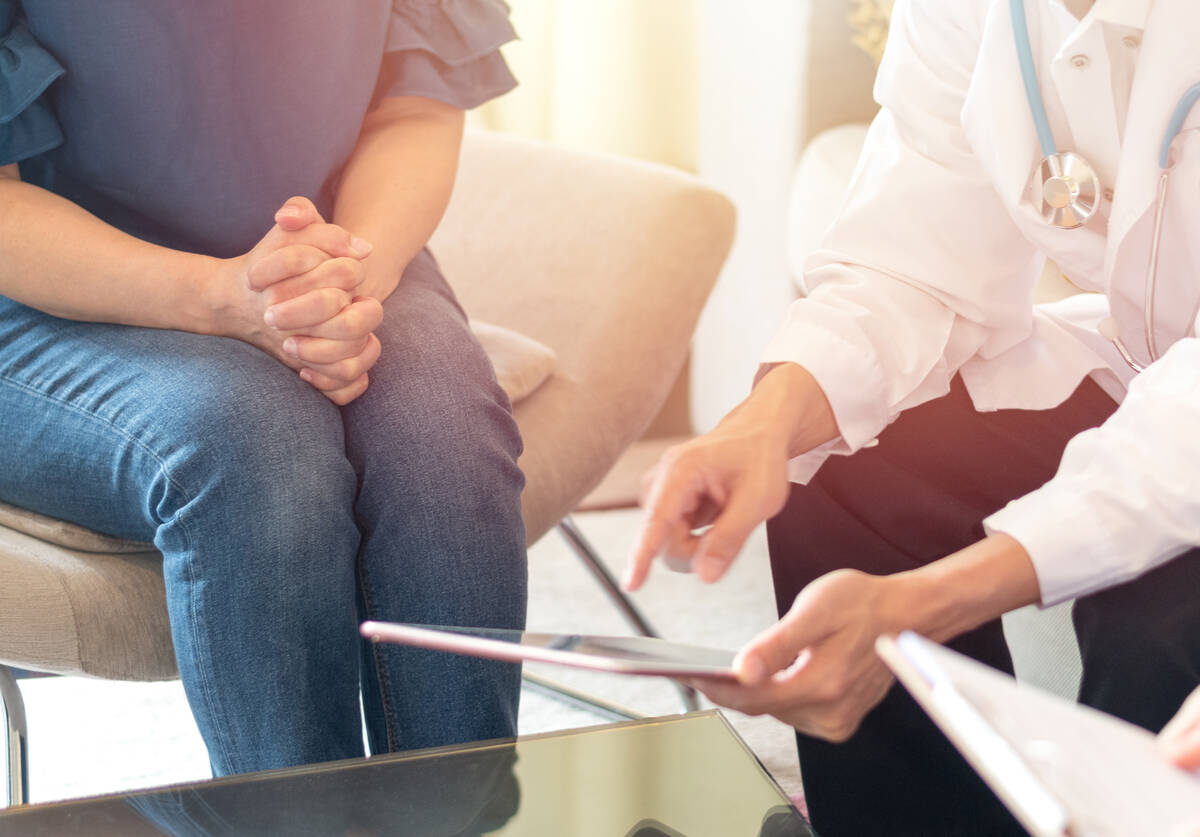 HPV testing is recommended for women — along with a Pap exam — as it can provide useful information about a person’s risk for cervical cancer. (Getty Images)

Question: Since age 20, I have had annual visits with a gynecologist. I am now in my late 30s, and my physician recommended that I get an HPV test in addition to a Pap test to check for cervical cancer. What is the importance of both? And what is my risk of cervical cancer?

Answer: Screening for cervical cancer can cause a lot of confusion because guidelines and tests have evolved over the years.

A Pap test is an important screening exam that’s used to check for abnormal cells on the cervix that could indicate early stage cervical cancer or precancerous cells. The test for human papillomavirus, or HPV, also is important because if you have that virus it raises your risk for developing cervical cancer. Knowing if you have HPV or not can inform and direct your health care in the future.

Anyone with a cervix is at risk of developing cervical cancer. According to the Centers for Disease Control and Prevention, more than 13,000 new cases of cervical cancer are diagnosed each year in the U.S. Hispanic women have the highest rates of developing the disease, and African American women are at greatest risk of dying from this cancer.

— Sexual activity at a young age.

Numerous strains of HPV infection play a role in causing almost all cervical cancer. Many women’s immune systems combat HPV, preventing the virus from causing cancer. However, some women are more susceptible to cervical cancer as HPV lives in their bodies for years and aids in the emergence of cancer cells.

Historically, women often have visited with a gynecologist or other health specialist annually to have a Pap test, which involves collecting and examining cells from the cervix. If the test finds abnormal cells, additional tests to look further for precancerous or cancerous cells may be recommended.

More recently, HPV testing has been recommended for women — along with the Pap exam — as it can provide useful information about a person’s risk for cervical cancer. This is particularly important since most women will not experience any signs of cervical cancer in early stages.

An HPV test can be done at the same time as a Pap test and uses the same cell sample collected for the Pap test. The HPV test doesn’t tell you whether you have cancer. Instead, it detects the presence of HPV in your body. If you have HPV — particularly the two common subtypes that are most closely linked to cervical cancer — then you are at higher risk for developing cervical cancer. Knowing that, you and your health care team can decide how often you need Pap tests and other tests to monitor your condition going forward.

Not all types of HPV increase the risk of cervical cancer, and if you are found to have an HPV infection, it is important to note that it does not mean you will develop cervical cancer.

The HPV vaccine protects against the types of HPV that are most likely to cause cervical cancer. The vaccine works better when given to girls starting at age 9, but it has now been approved for women up to 45. Depending upon your risk factors, if you have not previously received the vaccine, it may be valuable for you.

How often you need a Pap test and an HPV test depends on your individual situation. In general, the recommendation is to have both tests done every five years for women older than 30 who haven’t had an abnormal Pap test in the past. That may shift, however, depending on your medical history, as well as other health issues you may have.

Dr. Tri Dinh is a gynecologic oncologist at the Mayo Clinic in Jacksonville, Florida.