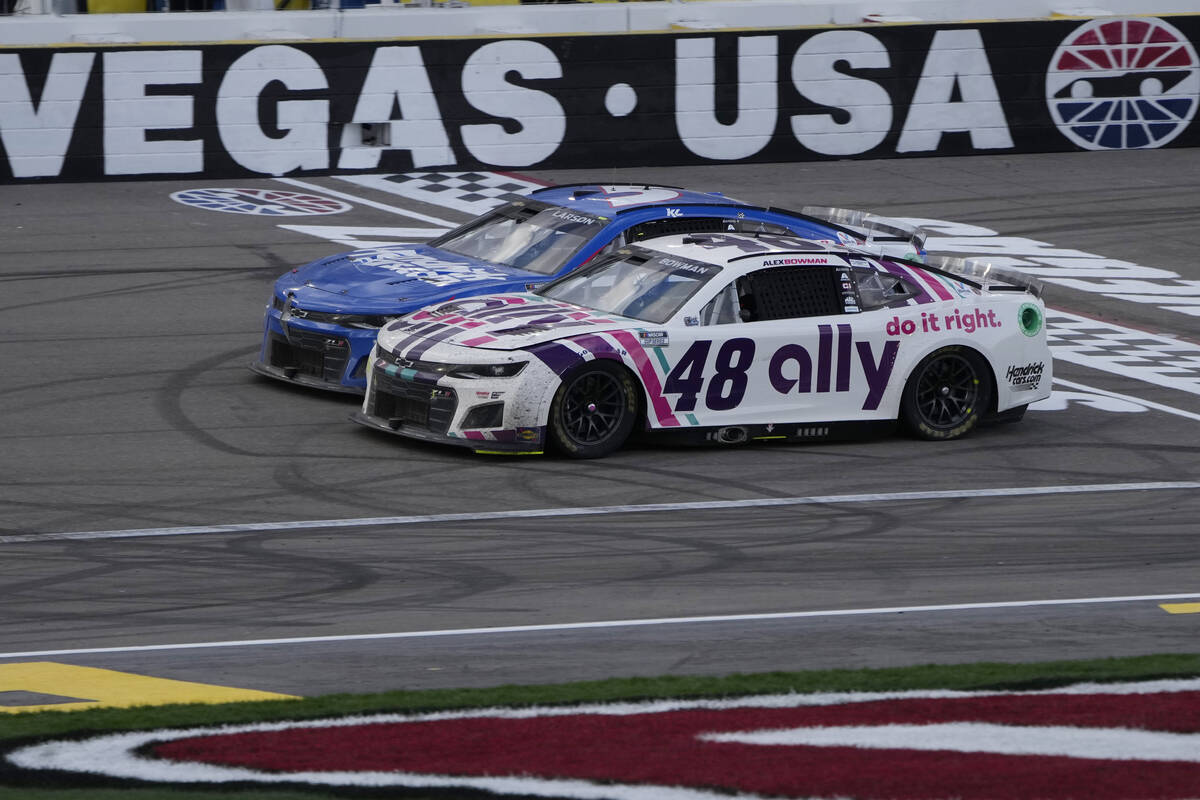 Through a partnership with one of his sponsors, Ally Financial, each race Bowman wins results in a donation to a local animal charity. In Las Vegas, that meant The Animal Foundation, which received $10,000 after the win.

“With the win in Las Vegas, we were able to make a larger impact than a weekend without a win, which makes it that much sweeter,” Bowman said in a statement. “Last year, we were able to win four times and it made those moments even more special to know that Ally and myself are making an impact on pets in that city. I am looking forward to winning more races and helping save them all.”

Bowman’s No. 48 car is painted with the logo for Best Friends, a national organization that works with local charities to provide homes for pets. Ally donates $4,800 to a local animal charity in each city that hosts a NASCAR race, but that increases to $10,000 any time Bowman gets a win.

Kelsey Pizzi, communications director for The Animal Foundation, said the group will use the money to expand their reach in the community and work to help animals find forever homes. Pizzi said she’s been very impressed with the support the foundation has gotten during the COVID-19 pandemic.

After a race marked by spinouts and lead changes, Bowman, 28, passed Hendrick Racing teammate Kyle Larson during a two-lap overtime sprint to the finish. It marked the Arizona native’s seventh career victory.