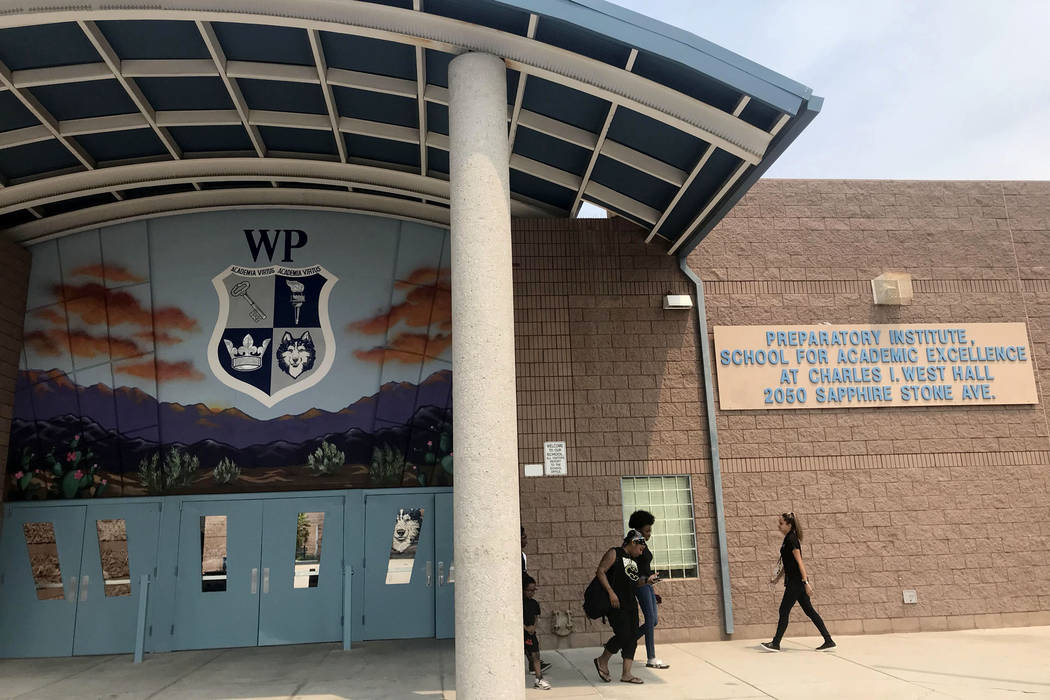 Eight struggling Clark County middle schools face potential competition from neighborhood charter schools after being approved Thursday by the State Board of Education to participate in the Achievement School District initiative.

The board approved the schools as recommendations for inclusion in the “neighborhood option” program. All of the schools are considered “Rising Stars” by the state, meaning they either have one-star ratings; are in the bottom 5 percent of schools in the state; or have a graduation rate below 67 percent.

Though achievement district staff recommended 16 schools, half of them — five in Clark County and three in Washoe County — don’t have a charter operator available to serve them.

That means the initiative once again only affects Clark County this year. The eight schools are Brinley, Mack, Johnston, Monaco, Orr, Sedway, Von Tobel and West Prep middle schools. All of the schools are in Las Vegas except Sedway, which is in North Las Vegas.

Yet only some of those schools will likely see a new competing charter school in their neighborhood.

Achievement district staff have approved two operators — Urban Prep Las Vegas, which would open a high school starting with ninth grade, and Explore Academy, which would expand to grades 6-12.

But Achievement School District director Rebecca Feiden said they are reviewing the qualifications of Urban Prep.

She declined to comment on the reasons why, but the Chicago Tribune reported this month that the city’s Board of Education revoked an Urban Prep charter there for poor academic performance and financial issues.

The nominated schools were initially selected out of a pool of 79 that were eligible.

“Three of the 16 schools listed here are schools that my daughter attended,” said board member Robert Blakely. “I can clearly tell you that they need improvement from my personal experience.”

Board member Tonia Holmes-Sutton, however, expressed concern that eight of the 16 will not be served because the charter operators don’t want to open in those areas.

“There are so many (schools) that have great challenges and needs and that continue to have persistent challenges,” she said. “… I just need to say how difficult this is in terms of issues of equity.”

The achievement district is just one of a few methods to improve failing schools.

Eleven of the 16 recommended schools already are targeted for improvement through other school district or state efforts.

Those include the Partnership Network, a cooperative initiative between the state and the Clark County School District to strategically use grant funding for targeted improvement.

The district’s Turnaround Zone also remains in existence, although Superintendent Jesus Jara recently announced that initiative would be disbanded, and turnaround support will be provided through the Partnership Network, administration and central services.

Achievement staff will select up to six schools to be paired with a new charter operator by Feb. 1.