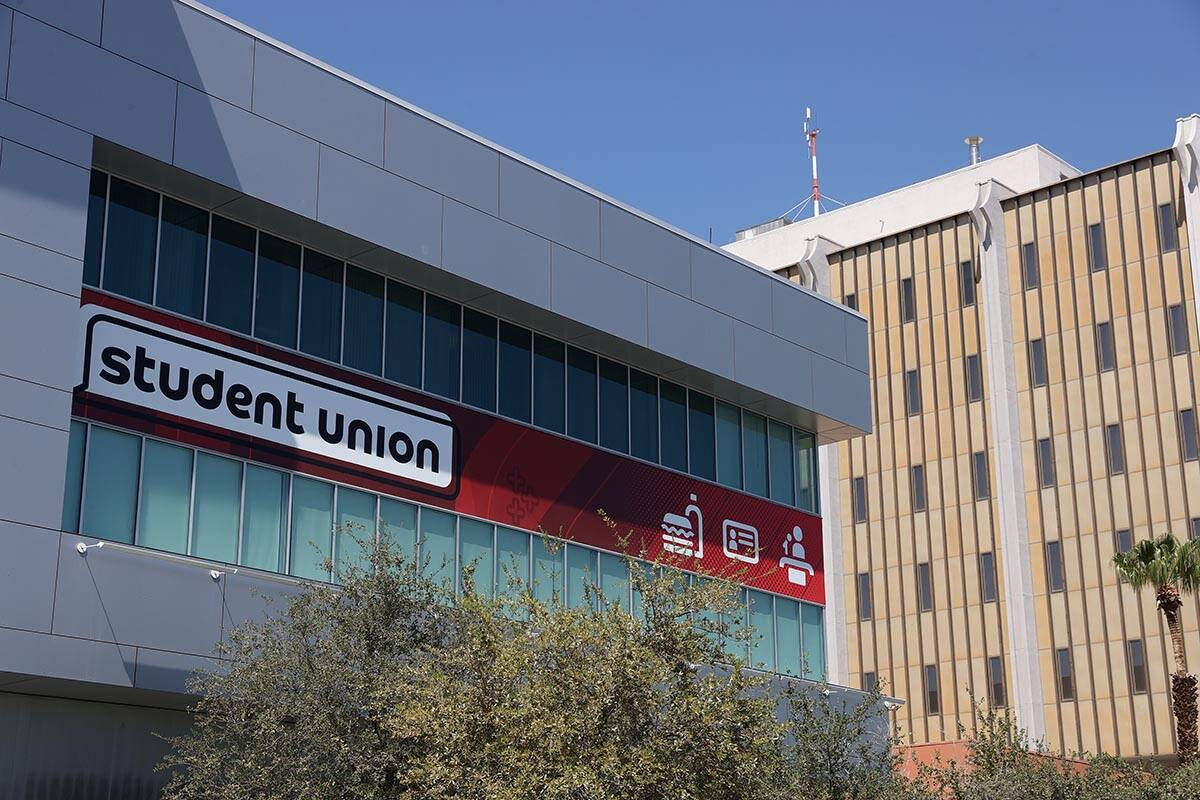 The Student Union building at UNLV in Las Vegas, Friday, Sept. 4, 2020. The Board of Regents is set to consider a one-year contract for Keri Nikolajewski to be interim chief of staff in a meeting held at UNLV’s Student Union Ballroom. (Erik Verduzco/Las Vegas Review-Journal) @Erik_Verduzco

The state’s higher education board has scheduled a special meeting Wednesday to consider hiring an interim chief of staff after the previous official resigned this month.

The Board of Regents is set to consider a one-year contract for Keri Nikolajewski, who’s currently the board’s deputy chief of staff. The board meets at 7 p.m. Wednesday at UNLV’s Student Union Ballroom, following the first day of a regular three-day meeting.

If approved by regents, it will be the second time Nikolajewski has filled the interim chief of staff role in the last couple of years.

The special meeting comes after Robert Kilroy, board chief of staff and special counsel, resigned earlier this month. He was on the job for three months.

The higher education system announced his resignation the day before the board was scheduled to consider a notice of contract termination, which three regents had requested.

Kilroy replaced Dean Gould, who retired in December 2020 after he faced criticism for telling a female regent to stop with her “child speak.”

Regents failed the search process for a new chief of staff and restarted it after a candidate alleged his application wasn’t lawfully reviewed.

In June, the board voted to hire Kilroy, an attorney who previously was senior deputy general counsel for the Nevada State Board of Medical Examiners, under a 12-month contract that began in August.

The higher education system has seen turnover in recent months.

Melody Rose resigned in April as chancellor and accepted $610,000 in severance pay. Former state Superintendent of Public Instruction Dale Erquiaga is acting chancellor under an 18-month contract that runs until the end of 2023.