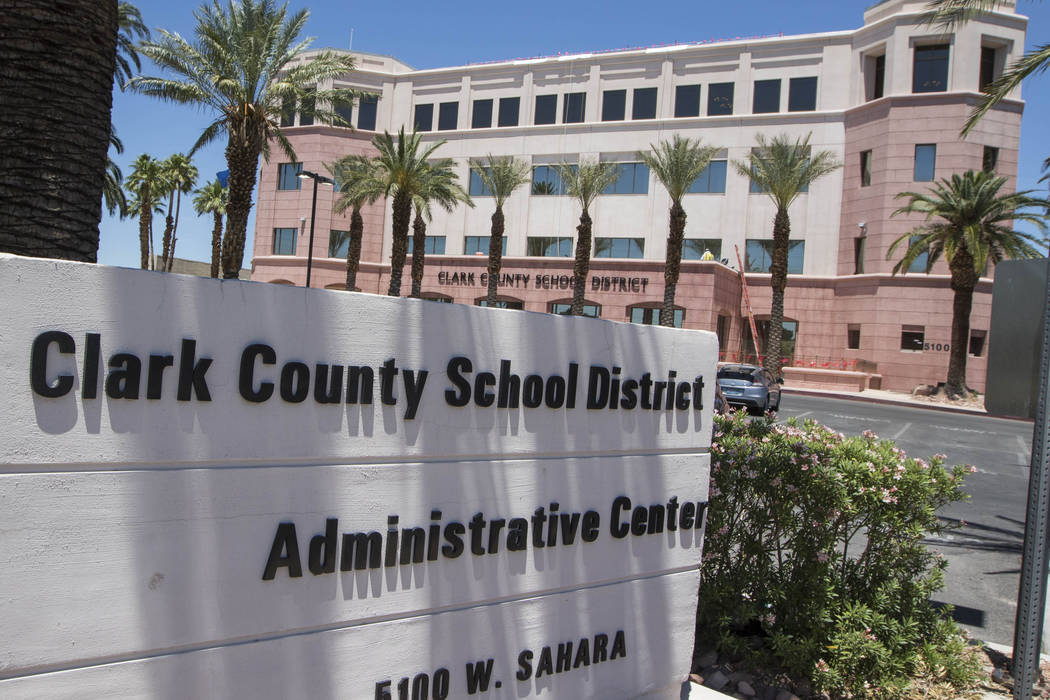 The Clark County School District will pay $1.2 million plus attorney’s fees to resolve a 2016 federal lawsuit involving a special education teacher accused of battering elementary school students if the School Board approves a settlement agreement.

Parents of three children at Forbuss Elementary School in Las Vegas sued the district, teacher James Doran and administrators over a “litany of physical and verbal abuses” that they said their children were subjected to by Doran during the 2014-15 school year, according to the federal complaint.

The districts repeatedly failed to promptly document instances in which Doran used aversive intervention — a harsh method of discipline intended to discourage undesirable behavior that is prohibited by state law, the complaint states. The district also did not tell parents about the use of the measures in a timely manner as required by state law, the lawsuit claimed.

The district also failed inform the parents that Doran was later accused of battery in a criminal complaint, it said.

“Even after Doran’s arrest, the district has persisted in its policy of active concealment, refusing to disclose details of the abuse to the minor plaintiffs’ parents, despite repeated entreaties to do so,” the lawsuit stated.

The complaint accused Doran of throwing one autistic, non-verbal student into classroom furniture and grabbing and slapping his hands. A teaching assistant witnessed Doran pulling the hair of another non-verbal autistic child.

The third child repeatedly came home with various injuries — including a large bruise on his thigh, scratches on his body, a bump on his head and an arm injured so badly it required a cast — the lawsuit states. A classroom aide later stated she saw Doran kick the student on the ground.

Doran was charged with three counts of battery and ultimately convicted on one misdemeanor count. He was given a suspended six-month jail sentence and required to complete community service and impulse control counseling, according to Justice Court records.

The parents claimed their children —referred to in the lawsuit by initials — suffered emotional and psychological aftermath following the abuse.

“For instance, MH will hit herself repeatedly while screaming, ‘No Mr. Doran’ when MH is told by her parents that it’s time for school,” the complaint states.

Two of the children’s parents later pushed for the district to install video cameras in special education classrooms — a proposal that legislators crafted into a bill for the 2017 legislative session. That bill failed, but legislators are again proposing it for the upcoming session that begins on Monday.

The School Board has yet to approve the settlement, which was hammered out by representatives for the district and attorneys for the families.

If approved, each family would receive $400,000 from the district, plus $10,000 apiece from Doran. The district also would be required to pay an undetermined amount of attorney’s fees under the agreement.

An attorney for the parents, Peter Alfert, did not comment on the matter pending the board’s approval.

But Doran’s attorney, Trevor Hatfield, said his client was a victim of an “opportunistic” group of parents and out-of-state attorneys who exaggerated his conduct.

“We believe that this case was extremely blown out of proportion, that there wasn’t any injuries to these children,” he said.

Doran is a kind and dedicated teaching professional who was in his first year of teaching at the time and who is mildly autistic himself, Hatfield said.

Doran has moved elsewhere but is very passionate about teaching and intends to go back into that field, Hatfield said.

The district declined to comment on the pending litigation.

At least three other lawsuits involving special education students have been filed against the district, including one in which a staff member is accused of breaking an autistic student’s wrist.