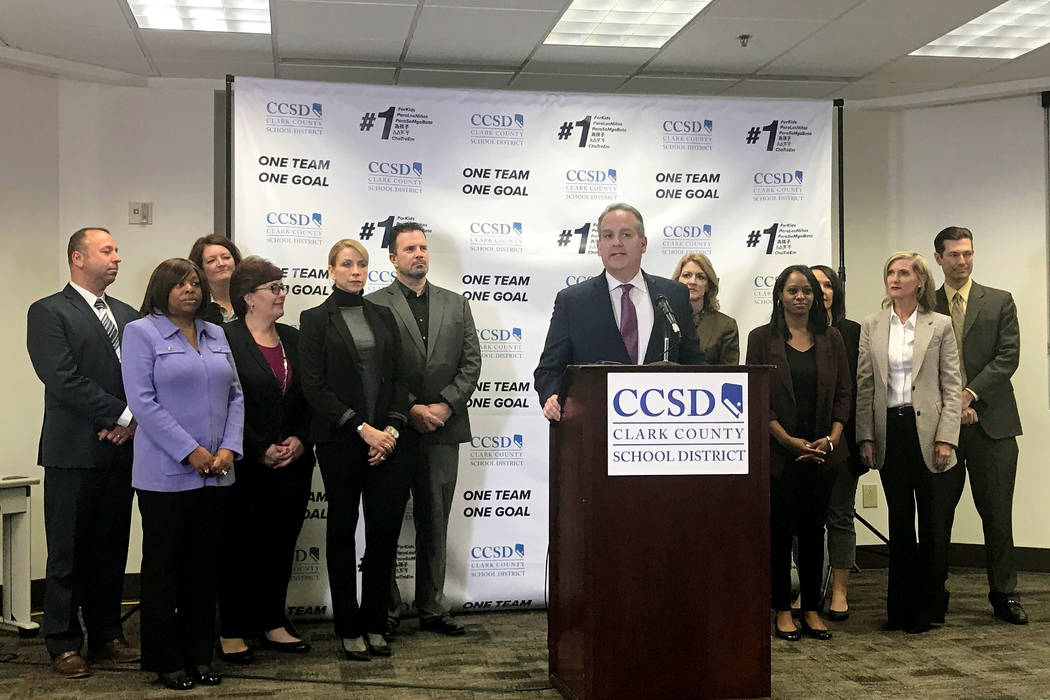 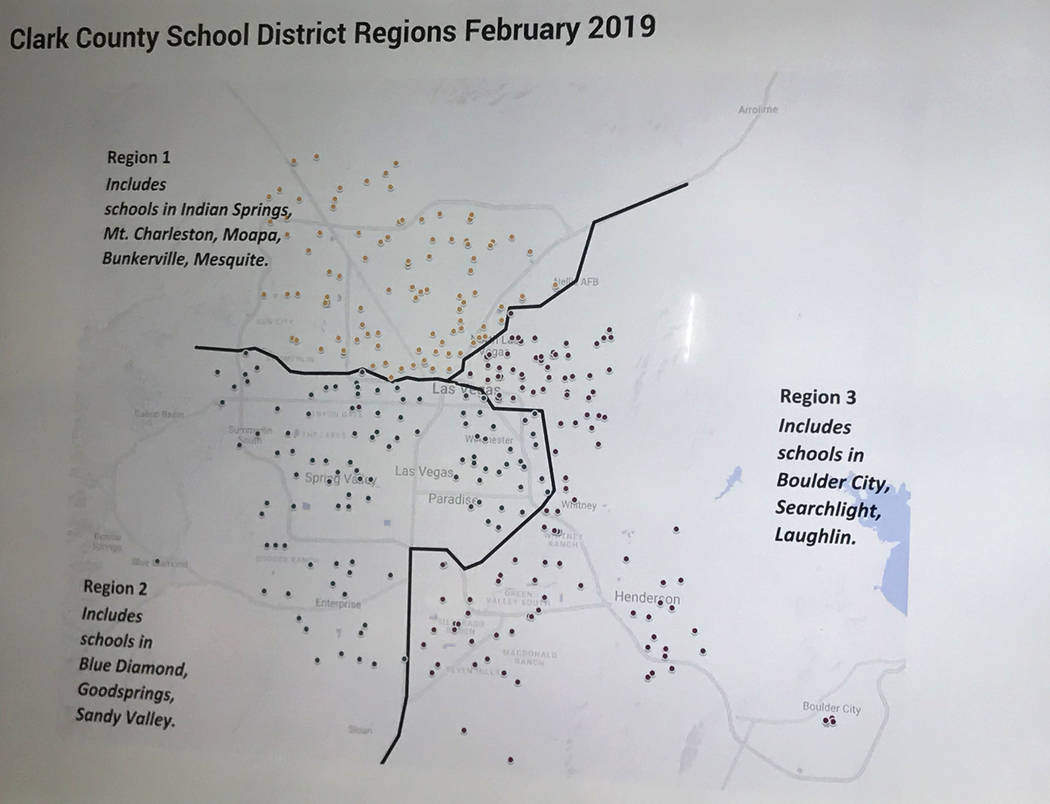 Clark County School District Superintendent Jesus Jara on Monday introduced the members of his new streamlined leadership structure that he says will save up to $1.5 million a year and enable him to more consistently implement his goals across the massive organization.

Six new leaders in the Clark County School District will serve under the direction of three regional superintendents. 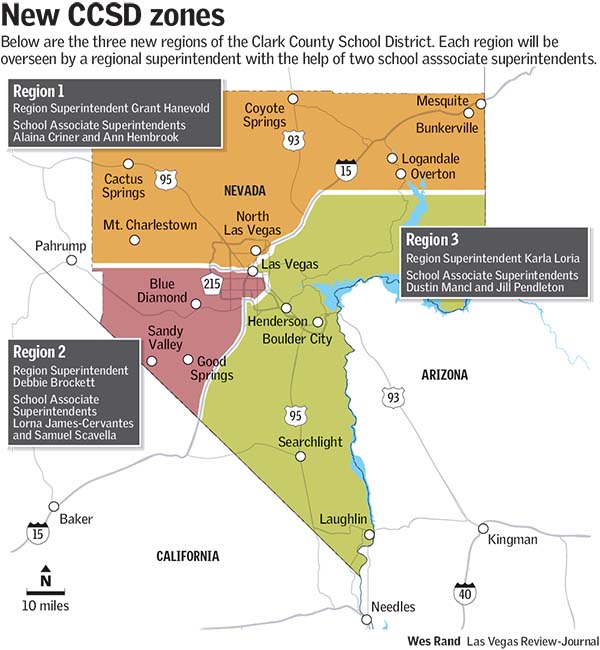 The move reduces the number of the associate superintendents by nearly half from the current 13.

“I’m proud to announce that we have top talent in CCSD and I welcome them to the team,” Jara said. “… I believe very strongly and I’m very confident in the team that stands here with me today.”

But Jara has been working with the state Department of Education and appears to have its buy-in to eliminate that requirement, part of the 2015 law that mandated a reorganization of the district.

“I think when we get into the number of 25 to one as it was arbitrarily selected, I think this is the best way to run the organization,” Jara said.

The remaining associate superintendents who were not chosen for a position in the new Teaching and Learning division may be moved to vacant positions elsewhere.

The move is estimated to save up to $1.5 million.

“But I want to also be very clear that this was not about cost savings,” Jara said. “This was really around the work around our strategic plan.”