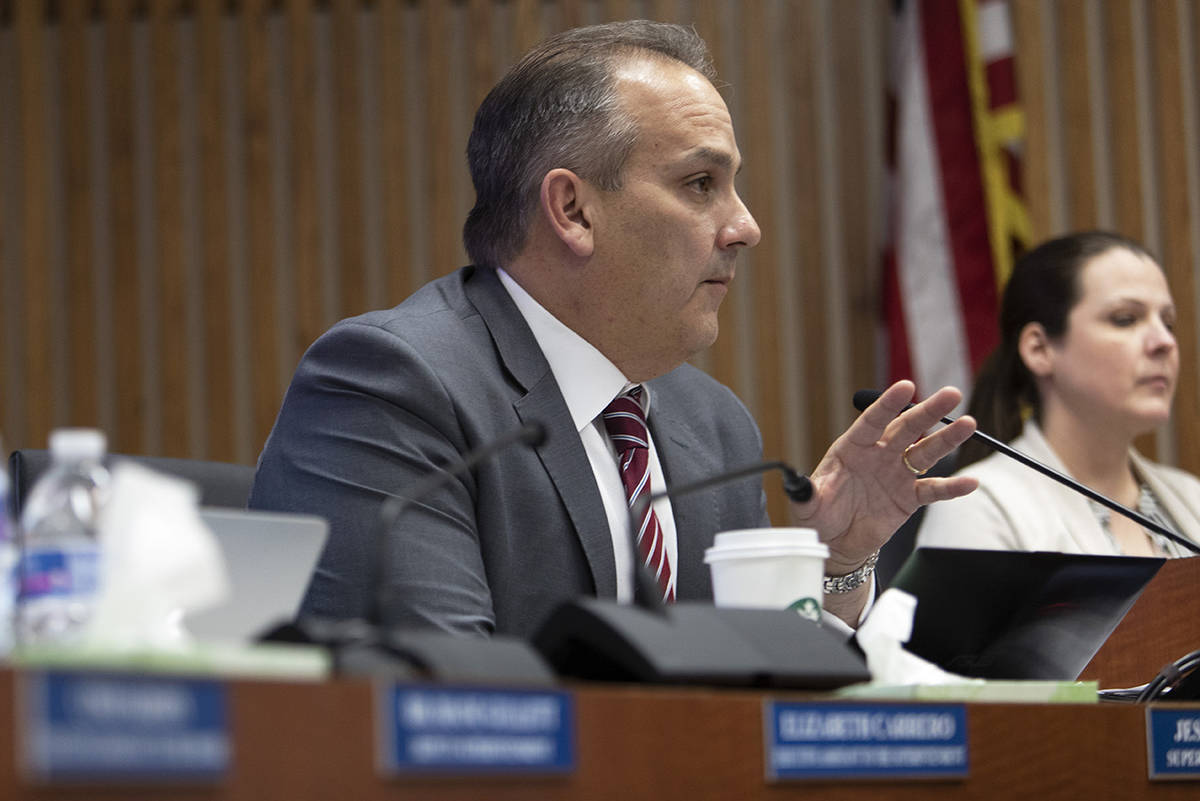 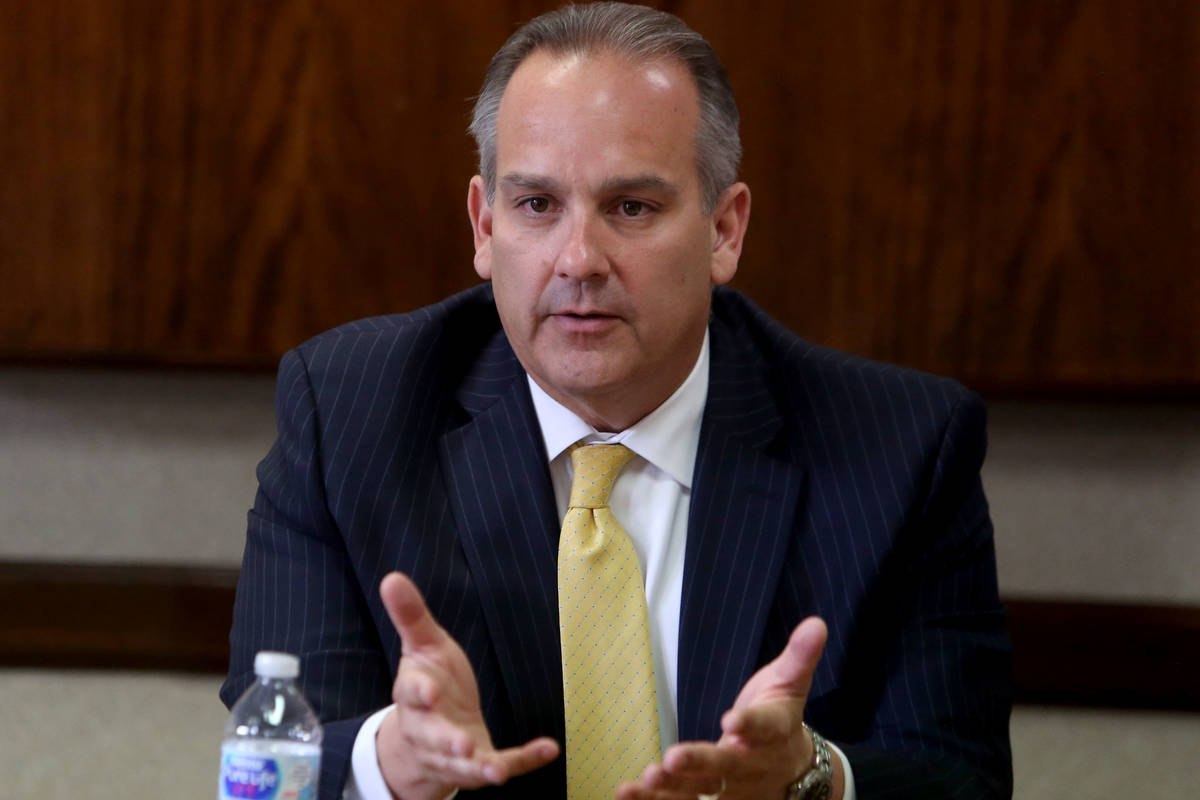 The board discussed the first two items on the agenda related to Jara’s recent conduct. But before trustees could broach the third item, which called for possible action to terminate Jara’s contract “for convenience,” Trustee Deanna Wright moved to adjourn.

After clarifying with board counsel that the motion to adjourn took precedence over the agenda item, the board voted 4-3 to halt the special session. Wright, board President Lola Brooks, Irene Cepeda and Chris Garvey supported the motion, while the three trustees who called for the meeting — Danielle Ford, Linda Cavazos and Linda Young — attempted to protest, though their complaints were drowned out in the virtual meeting.

Reaction from both sides after the session indicated how deeply the trustees are divided on the need for such a meeting, with opposing sides characterizing it either as an essential process to ensure transparency or a distraction from resuming school.

It also suggested that the matter may not be settled.

For his part, Jara said in a statement that he was grateful for the opportunity to continue to serve.

“I am mindful that I have work to do in strengthening and developing relationships across all areas in which I work, and I am committed to doing so,” he said.

In a joint statement, Ford, Young and Cavazos said they were “disheartened that our fellow CCSD trustees blocked a critical conversation today about the community’s confidence in Dr. Jara’s leadership.”

“We regret that our fellow trustees were unwilling to participate in (the) board deliberations in good faith,” they wrote. “Today our voices were silenced, but we remain committed to asking the hard questions and expecting transparency.”

Cavazos posted on social media after the meeting that the move to adjourn was callous, disrespectful and calculated and one that “should frighten everyone who believes in fair, open public meetings.”

She said in an interview that she was disappointed that she didn’t have a chance to voice her constituents’ opinions on the matter, noting that those ranged from calls to dismiss Jara to pleas to keep the superintendent. She indicated that she was considering options for how to move forward.

Ford said the three trustees had called for a meeting in hopes of a productive conversation, but “it didn’t happen that way.”

From the other side, Wright also posted on Twitter, saying, “Stay focused on kids! Moving forward!”

Brooks said she didn’t make the motion to adjourn but agreed that the board’s time was better spent on issues related to the upcoming school year.

“The board has spent far too much time focusing on items that are not even remotely related to the 320,000 students and families we serve,” Brooks said. “We have 26 days before students return to school. I’m glad our staff can now fully focus their energy on supporting students, families and staff in distance learning, while they continue planning how to reopen schools safely when the time comes.”

Garvey said she hopes that the board “can now focus our energy on discussions around how we can support teachers, principals and staff in doing the work that will be needed in order for our children to succeed with distance learning until that time when we can welcome them back into their classrooms.”

Before the abrupt conclusion, the bulk of the meeting was spent discussing two other items related to Jara’s conduct over the past few weeks: his statements on the origins of Assembly Bill 2, which proposed to return unspent funds from schools to the district, and on whether the district needed state approval prior to reopening schools.

Jara did not answer directly when asked by Ford if the idea for the bill came from state officials, as the district had stated. That account was disputed by Gov. Steve Sisolak, Superintendent of Public Instruction Jhone Ebert and Assembly Speaker Jason Frierson, who said the school district devised the measure.

Jara instead cited a timeline emailed to trustees that afternoon that painted the bill as part of a longstanding push by the district and state lawmakers to change the provisions of the law allowing schools to hold onto the funds — a key piece of the district’s reorganization approved by the Legislature in 2017. He said that conversation began in May 2019.

Ford attempted to return the focus to the bill introduced during the recent special session, asking Jara why trustees hadn’t received the draft language requesting that the governor “create a bill to suspend the carry-forward requirement.”

Jara responded that trustees had received pertinent information, referencing a shorter note from Chief Financial Officer Jason Goudie and a list of carryover funds by school.

The timeline, which was not presented at the meeting but was shared on Twitter by Wright and referenced by other trustees, said that Jara and the district’s governmental relations team met with Frierson and Sisolak on May 21, 2019, “to provide them (with) information” about the carryover law.

“This was an effort to provide raises for all employees and to fund the budget deficit instead of cutting administrative staff,” the timeline said.

According to the timeline, the district asked the governor’s office on Aug. 28, 2019, to change the requirement to carry-forward unspent funds as part of a list of priorities for the 2021 legislative session.

The Review-Journal previously reported that discussions about the carryover funds resurfaced in April 2020, as talk of a special session and cuts to education grew amid the realization that the economic impact of the new coronavirus pandemic would be severe.

The district’s timeline includes two new items as well: On July 7, it said, the district received a call from Frierson asking who would present AB2 on behalf of CCSD, leading Jara to immediately request that the item be withdrawn. Two hours later, Sisolak’s proclamation was issued, with the carryover item included.

On July 9, the timeline said the district received a call from the Sisolak’s office proposing the use of some AB2 funds to pay unemployment benefits to district support staff. Jara said he rejected this idea.

The Education Support Employees Association has denied that it sought funding for such a move from the governor, while Sisolak’s office told the Review-Journal last week that CCSD brought AB2, and terms of the bill would have prevented the district from spending the money on purposes not related to instruction.

Garvey said she believed Jara’s account, adding that it raised concerns about the possible involvement of the governor in the matter.

“This wouldn’t be the first time the governor has infused himself into collective bargaining between the district and different groups,” Garvey said, an apparent reference to the negotiations between CCSD and the teachers’ union last year in which the governor was involved.

The second agenda item Wednesday concerned Jara’s statements about the district’s schools reopening plan, when he told the board that the Nevada Department of Education needed to approve the plan and indicating a deadline for its submission.

Trustee Cavazos said the both statements to the board by the superintendent were incorrect, as she learned that the deadline only applied to calendar-related changes and that the state does not need to approve school districts’ reopening plans.

An Education Department spokesperson confirmed that only calendar-related changes required approval and said superintendents were asked to submit a series of certifications that they had followed the department’s guidance in developing distance learning plans.

Jara responded that the district’s reopening plan depended on getting approval for delaying the start date for students, as well as instituting two weeks of professional development

“There’s a lot of moving pieces,” Jara said. “When you look at the (personal development) plan and the calendar, all of that entwines together.”

Under the approved calendar and reopening plan for CCSD, teachers will report to work on Aug. 10 for two weeks of hybrid professional development, while students resume classes via distance learning on Aug. 24.

The board next meets for a work session on Aug. 5 and for a regularly scheduled board meeting on Aug. 13.