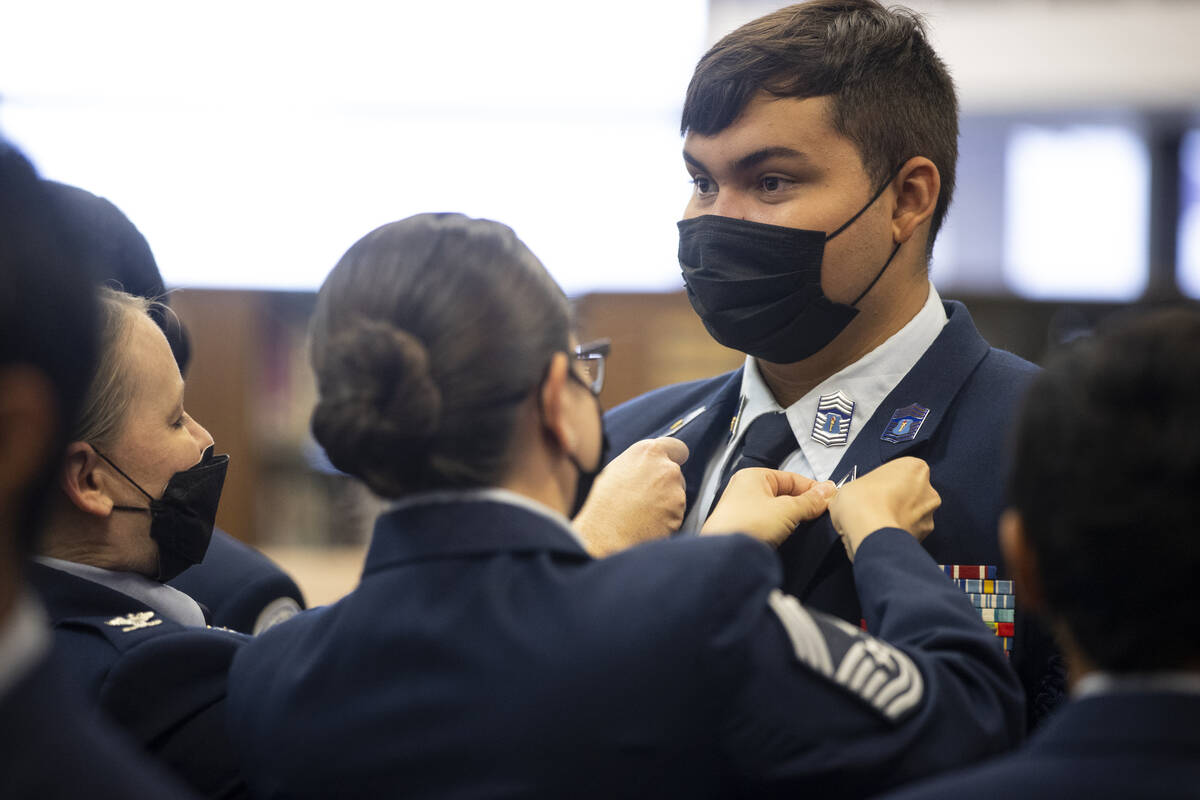 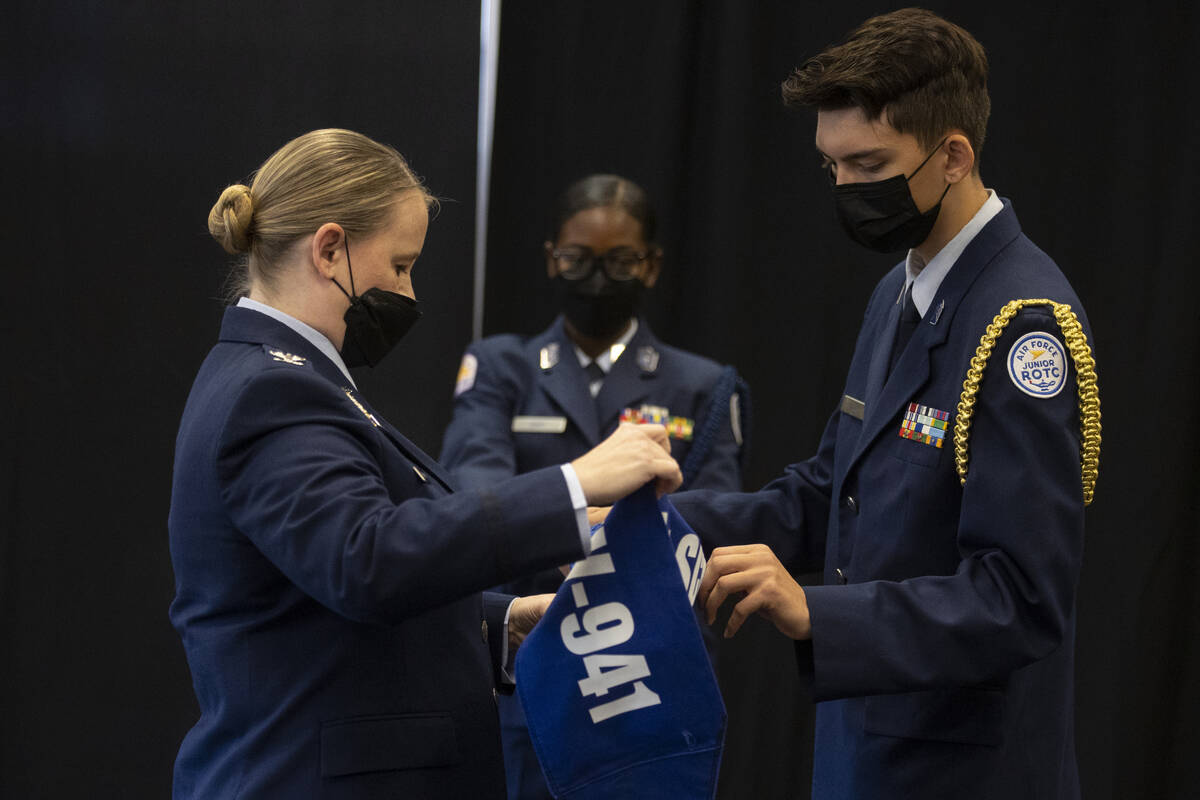 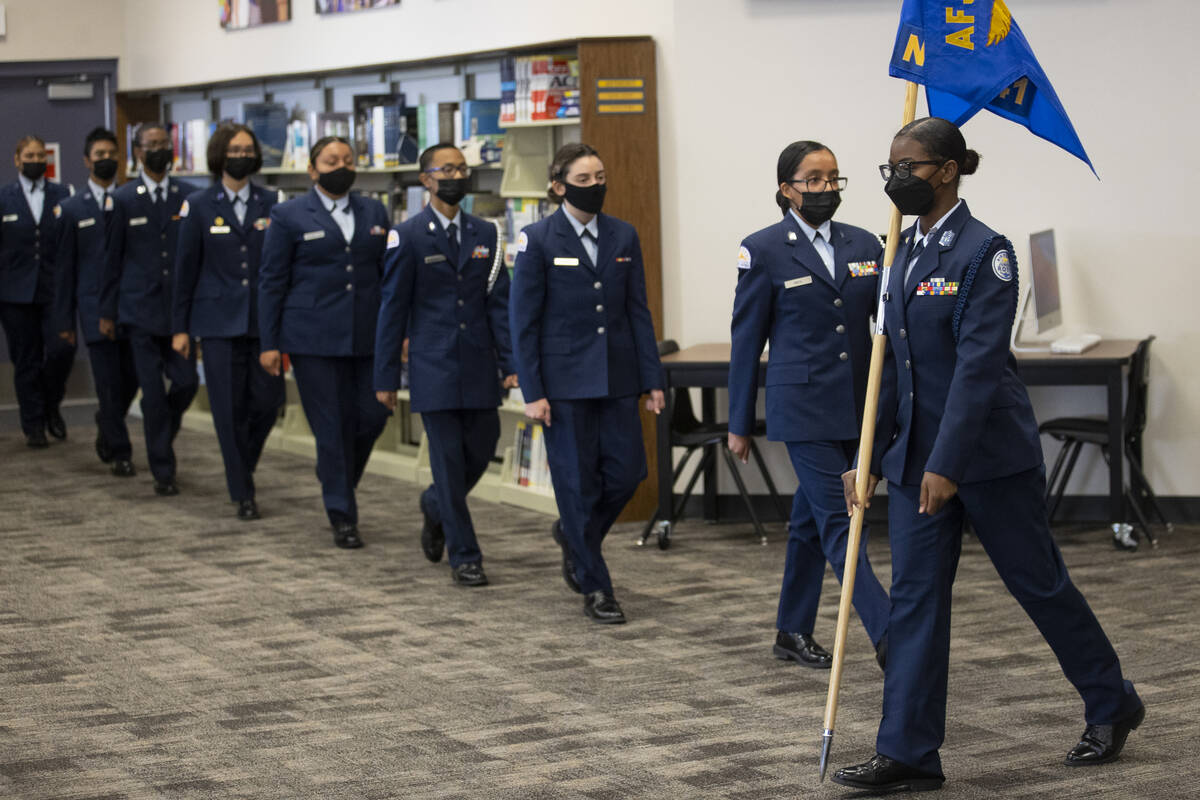 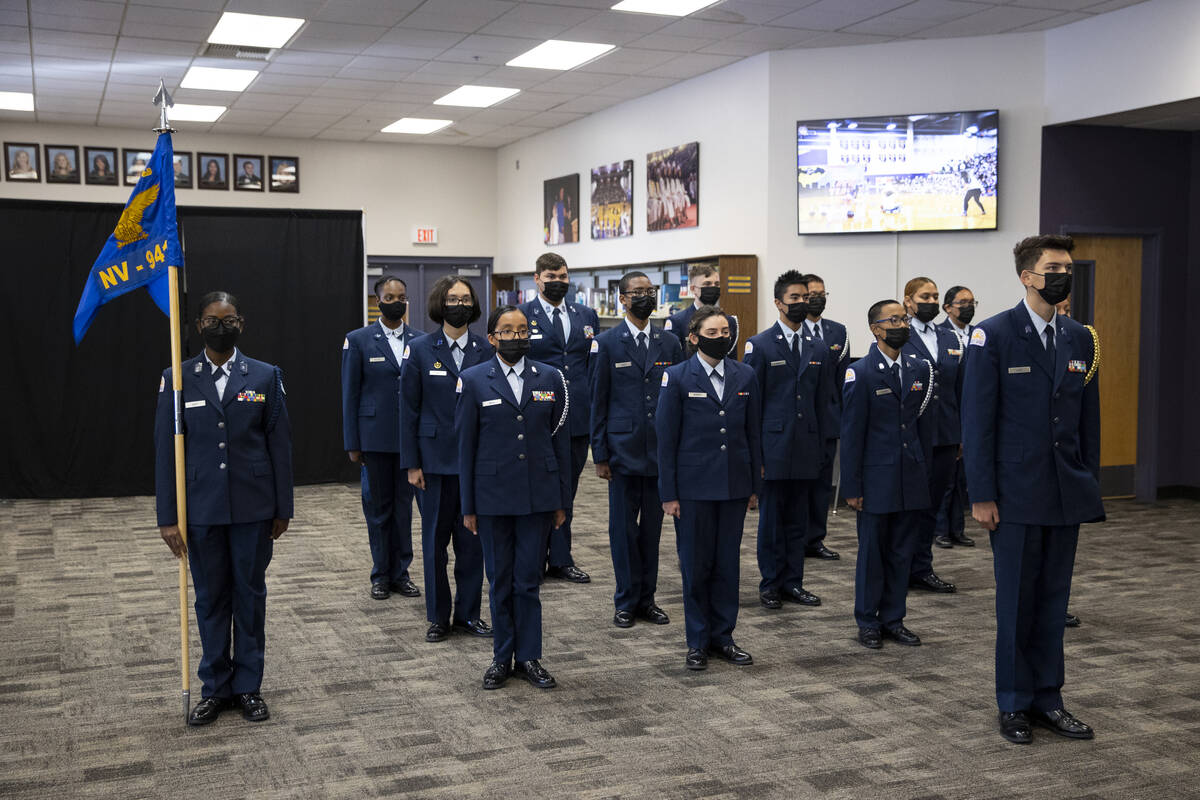 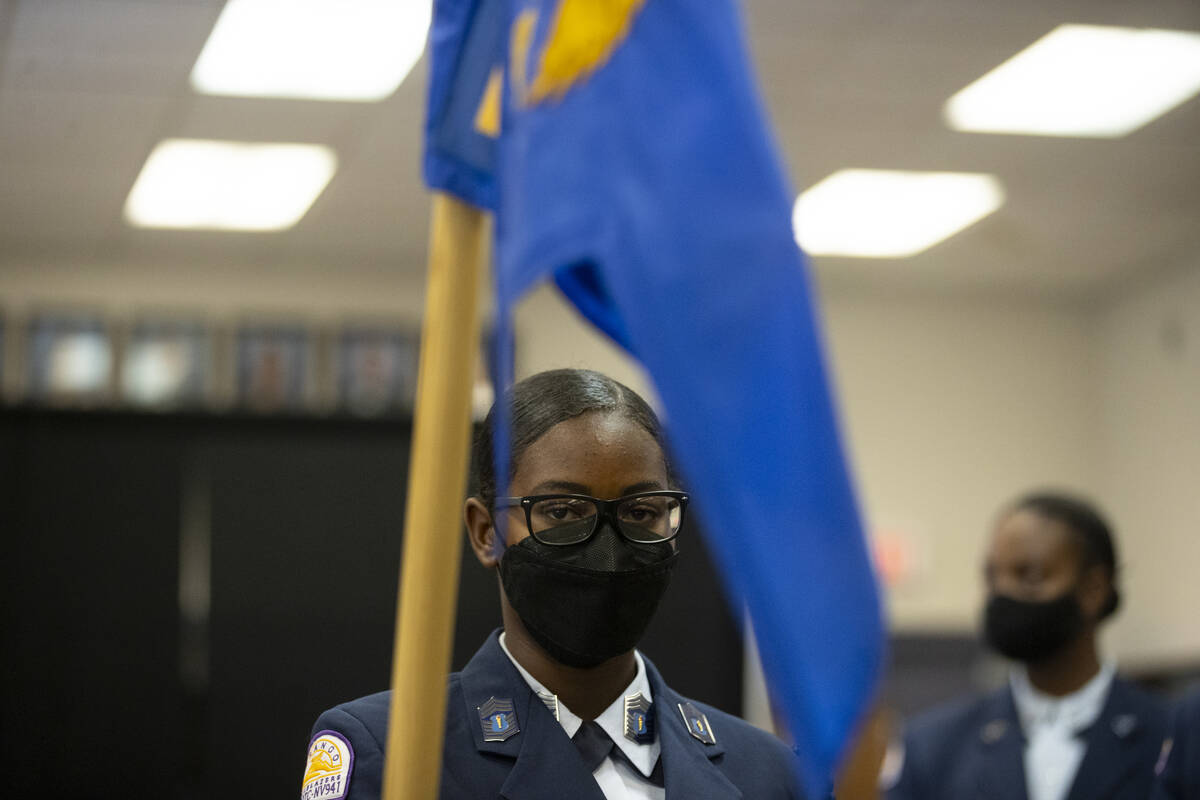 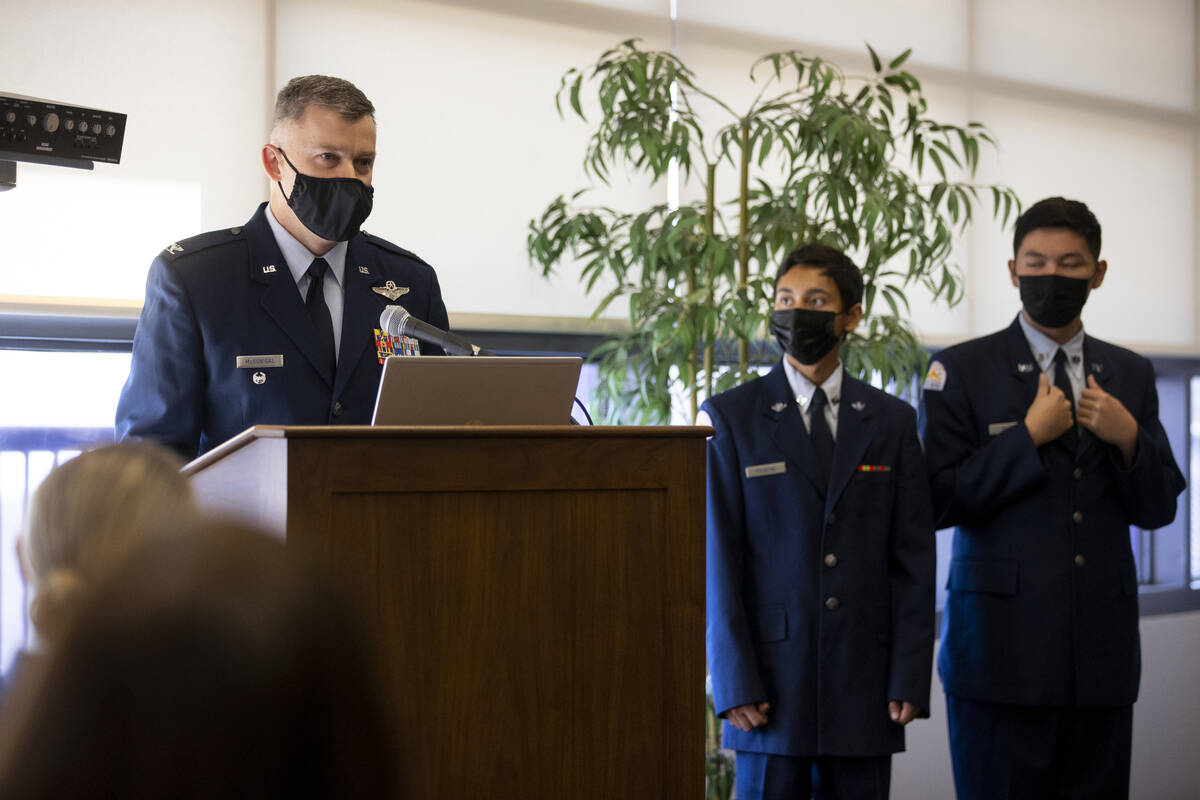 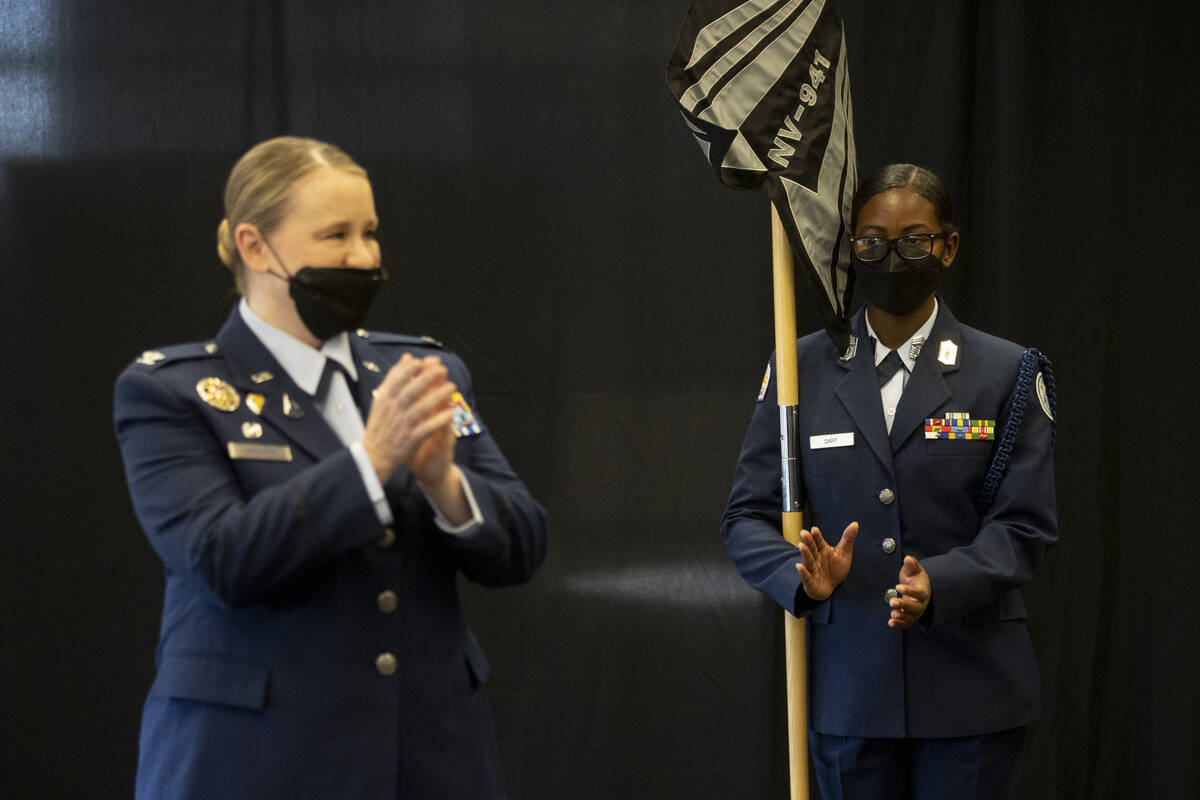 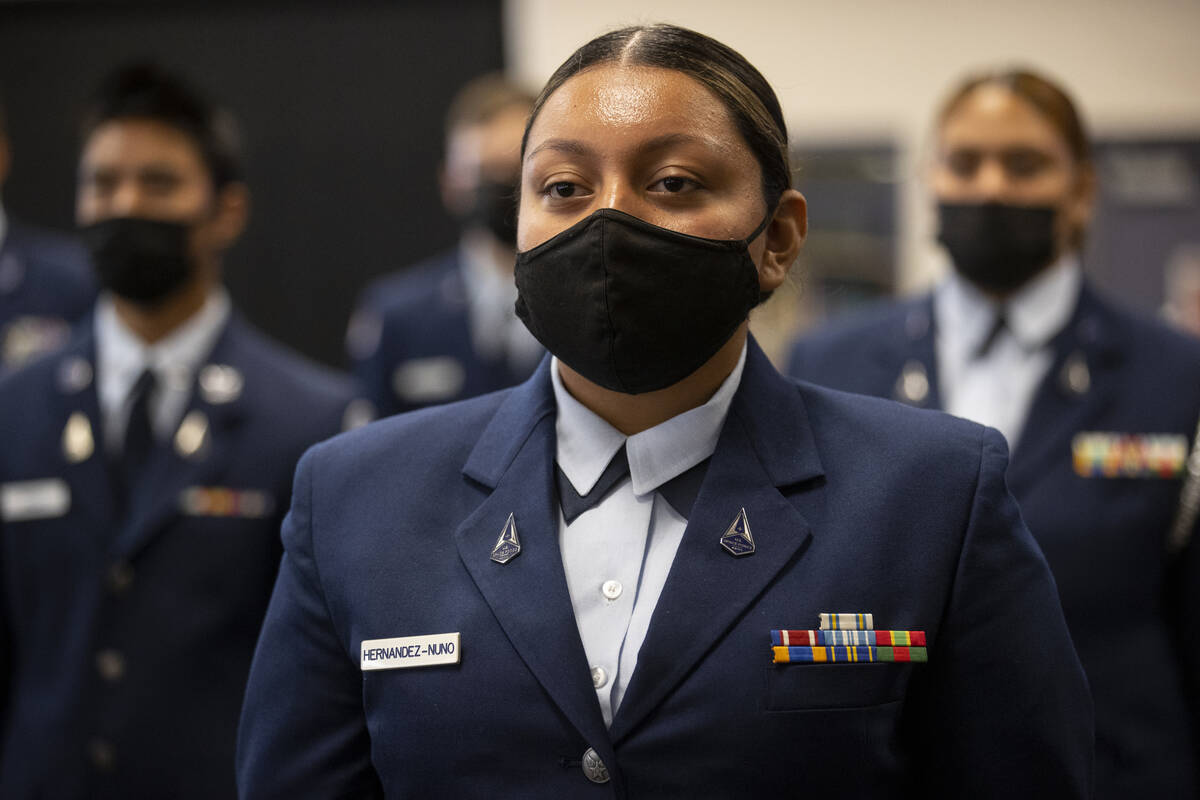 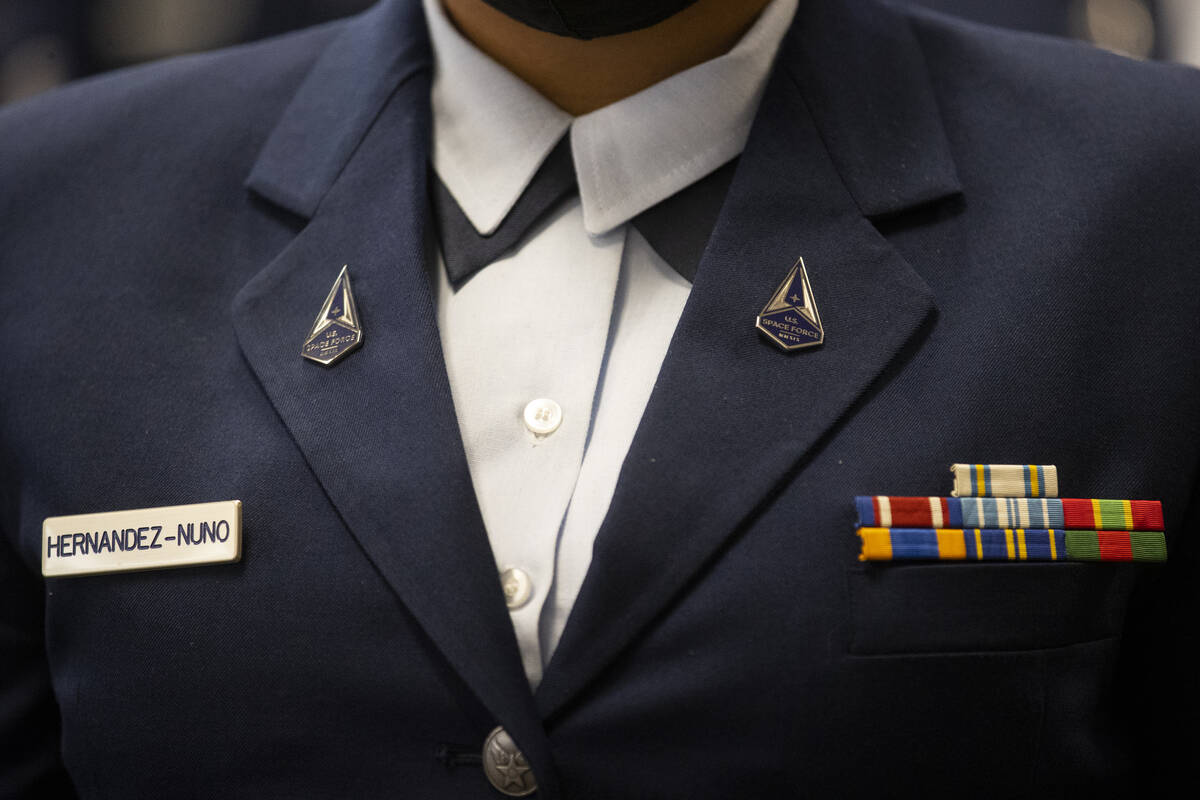 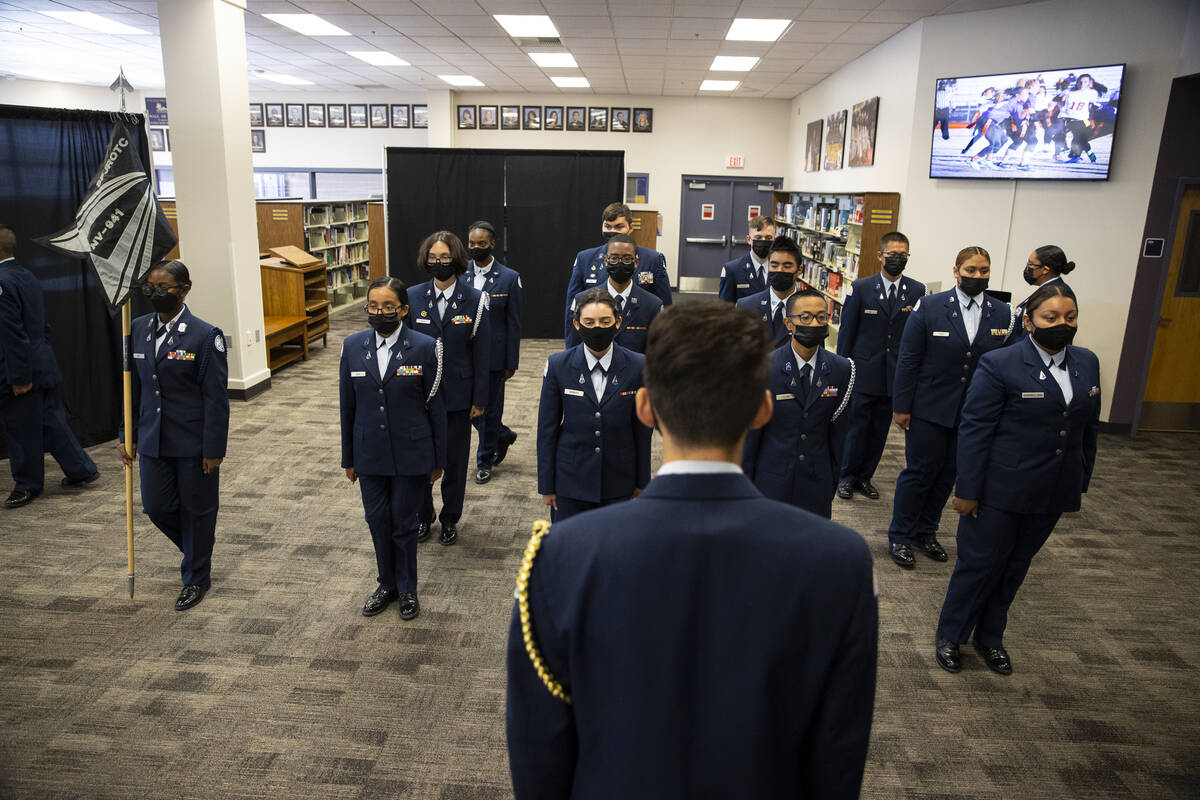 Durango High School in Las Vegas lived up to its “Trailblazer” nickname Tuesday by becoming the first high school in the nation to create a junior ROTC unit for the newly created U.S. Space Force.

About 100 people, including dozens of students, attended a ceremony in the school’s library to formally deactivate the Spring Valley school’s JROTC (Junior Reserve Officers’ Training Corps) unit and activate a JROTC program for the new independent branch of the U.S. military.

The Space Force, which operates under the Department of the Air Force, was created as part of the National Defense Authorization Act signed by then-President Donald Trump on Dec. 20, 2019.

Col. Niki Lindhorst, commander of Space Delta 13, the Space Force squadron devoted to education, told the crowd it was an exciting day and that Durango High will hold a special place in history as the first Space Force JROTC unit.

Times are changing and the school’s JROTC transition, as with the establishment of the Space Force, is a sign of our times, she said.

“The American way of life is critically linked to the space domain,” Lindhorst said. “It is also important to our ability to protect our nation.”

As part of the ceremony, student cadets received a Space Force lapel pin.

Air Force JROTC Col. Johnny McGonigal said he was sad to see the closure of the school’s Air Force JROTC chapter, which was created in 1994, but excited for the new chapter.

JROTC is a “place for diversity” that invites anyone to join regardless of their background, McGonigal said. It’s where discipline, tenacity and grit are born and nurtured, he added.

Corps Cadet commander Elijah Lugo, a 17-year-old senior at Durango High, told the crowd the transition to the Space Force means a change in identity but the unit will continue to serve the community with pride as it always has.

Lugo said after the ceremony that it’s an honor to be part of the transition to the Space Force.

The new identity is more focused on science, technology, engineering and math (STEM), areas where Lugo excels in school. But Durango’s unit will also maintain its physical fitness component, he said.

When he found out the unit would transition to the Space Force, Lugo said he didn’t know much about the new branch of the military, so he did research.

“I’m excited we’re producing another generation of kids who are proficient in STEM,” Lugo said.

Lugo recently finished his applications for the University of Utah and University of Washington, and plans to join an ROTC program in college. His father is a U.S. Army veteran, he noted.

Durango High Principal Nathan Miller told the audience the school’s JROTC program has been a steady, steadfast and consistent presence on campus, noting he’s most impressed with the unit’s commitment to community service.

“The tradition and the excellence that they’ve achieved over the years has been tremendous,” he said.