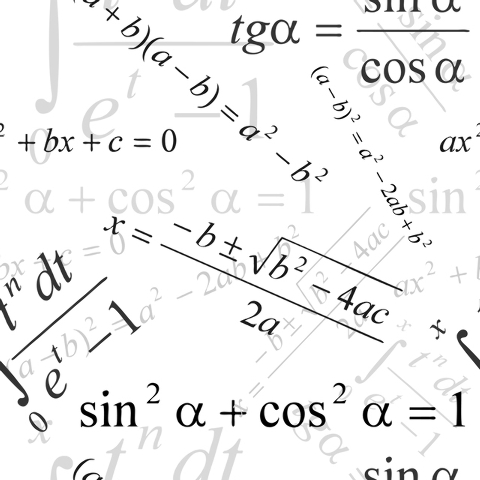 The roadblock standing between more than half of Clark County’s 24,000 high school juniors and graduation may have been removed, or at least reduced, on Wednesday by the Nevada Board of Education.

The board lowered the minimum passing score to 242 out of 500 possible points on the controversial math proficiency exam required to graduate, a change that applies to current juniors and sophomores who originally needed a score of 300.

District sophomores haven’t taken the exam yet, but juniors have taken it twice and 59 percent haven’t met the original passing score. In their first attempt at the test last spring, members of the class of 2015 posted Clark County School District’s worst pass rate in recent history with 68 percent of students failing the test.

All 14,107 district juniors were expected to retake the math proficiency for a third time next week. But Wednesday’s decision could mean that nearly 6,400 of them are off the hook, their failing scores turned into passing scores overnight.

“Oh gosh. I am just so glad,” said parent Cynthia Vaught, breathing a sigh of relief at the news Wednesday, realizing the implications for her daughter, Desert Pines High School junior Olivia Vaught. “I’d hate to see her not walk because she can’t pass this one exam.”

Despite her daughter’s 3.0 grade point average and the two hours of tutoring she receives every day after school for the math exam, Olivia just couldn’t score 300. But she did score 248 in November, which was nothing to get excited about – until now.

Her failing score may be elevated to passing under Wednesday’s statewide policy change. That is, if the Nevada Department of Education allows the new policy to apply to juniors’ previous exam attempts. Dale Erquiaga, state superintendent of public schools, said the department will make that determination by the end of the week. If the lowered passing score is applied to junior’s previous tests, 6,396 Clark County juniors who’ve been planning to re-take the math exam next week won’t have to answer a question.

Graduation requirements have been confusing for Nevada’s current high school students. Due to changes made by state lawmakers in 2013, schools have been phasing out many requirements, including the four high school proficiency exams in writing, science, reading and math required to earn a diploma in Nevada. The consensus is that these exams are out of alignment with the new standards and curriculum. Current sophomores will be the last to take the proficiency exams, which are being replaced with end-of-course exams.

Seeing that the outgoing exams are out of alignment with curriculum, critics have called for the minimum passing score in math to be lowered back to 242, which is where the passing score sat for the three previous graduating classes. The passing score was lowered from 300 to allow schools time to transition to the new standards.

The fact that schools didn’t take this transition time seriously to train teachers and prepare students isn’t reason to lower the bar, said Allison Serafin, the only state board member present who voted against lowering the cut score in a 9-1 vote.

“In good conscience, I can’t send the message to students that instead of preparing you, we’ll just lower the score,” she said.

Despite the exam being the product of the state’s former curriculum and standards, it’s still math, said Nevada Deputy Superintendent for Student Achievement Steve Canavero.

Board member Mark Newburn agreed that the math exam is still “valid” but argued the bar needs to be lowered.

“It’s still a math test. It’s not switched to Spanish,” said Newburn who contended the “precision” of the exam is in question.

Olivia, an A/B student, doesn’t think a score of 300 is within reach for her.

“I can’t get it,” she said, not showing much excitement about the prospect of having passed the exam already if the state accepts her earlier exam score.

“She doesn’t show her emotions but she’s ecstatic,” her mother said. “She’s so excited she doesn’t know what to do. I’m still worried because she has to pass the reading test.”