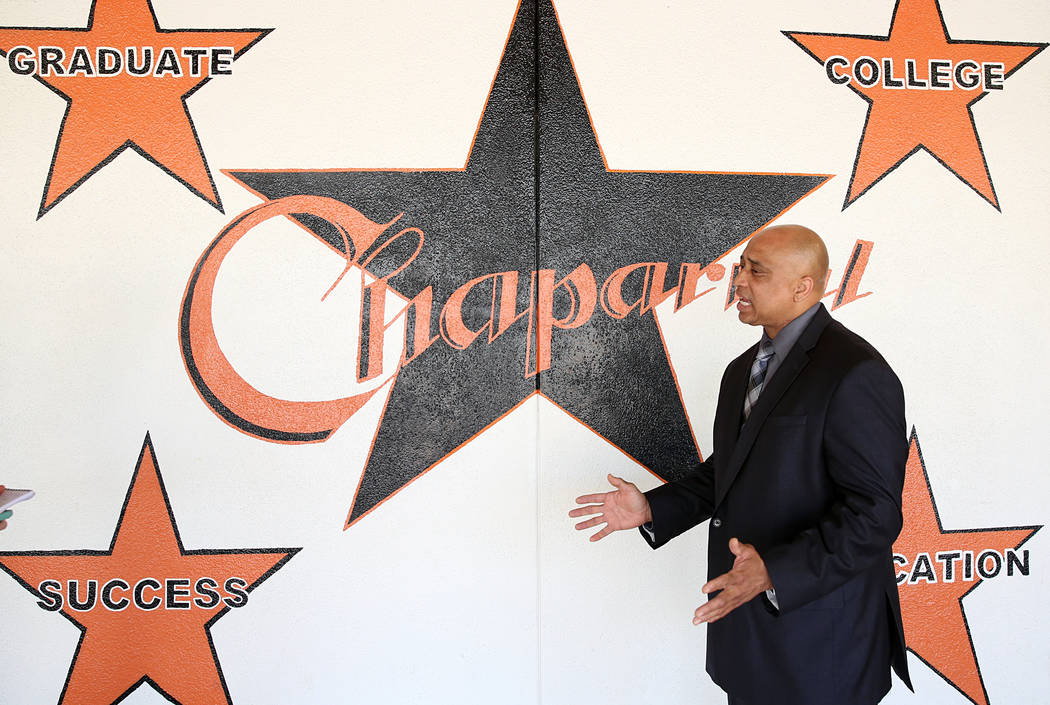 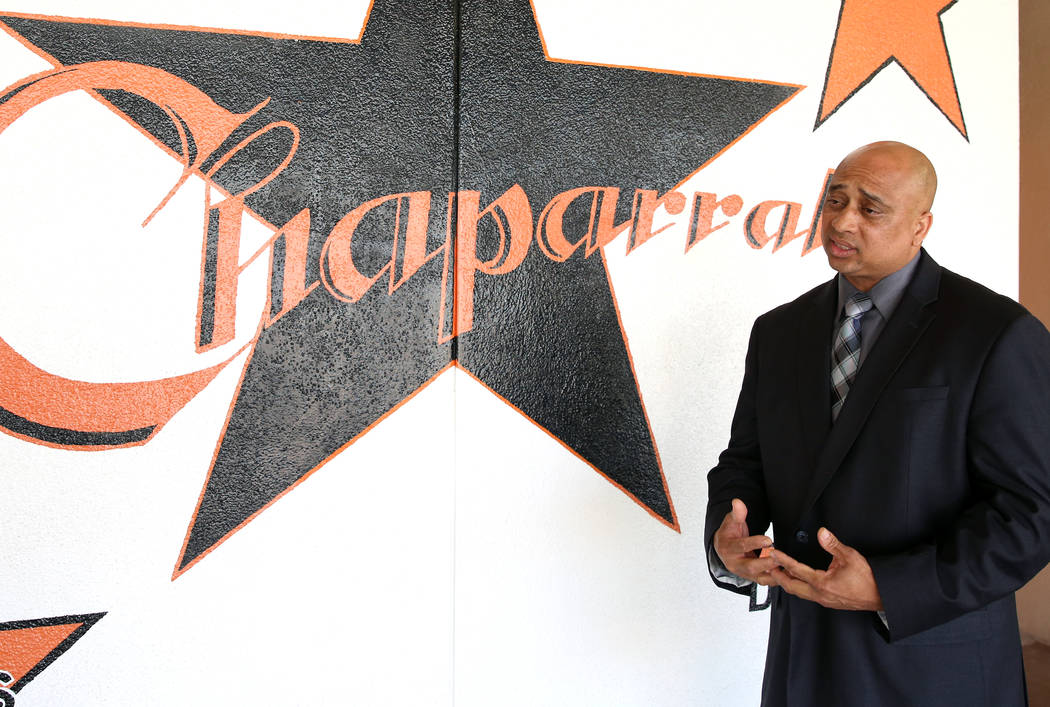 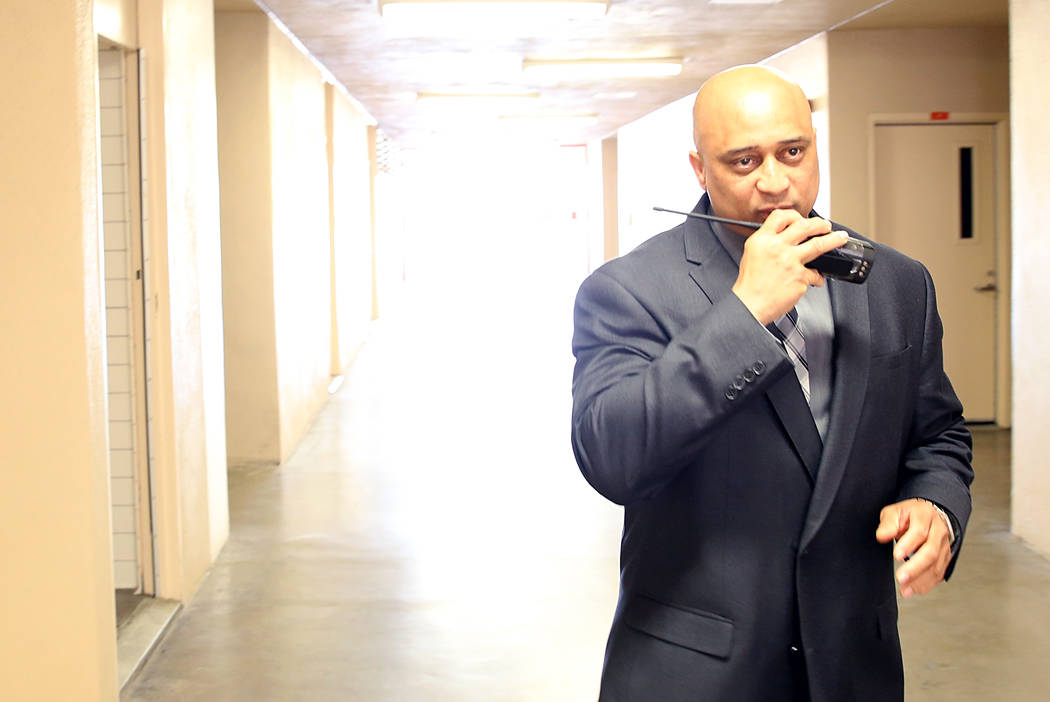 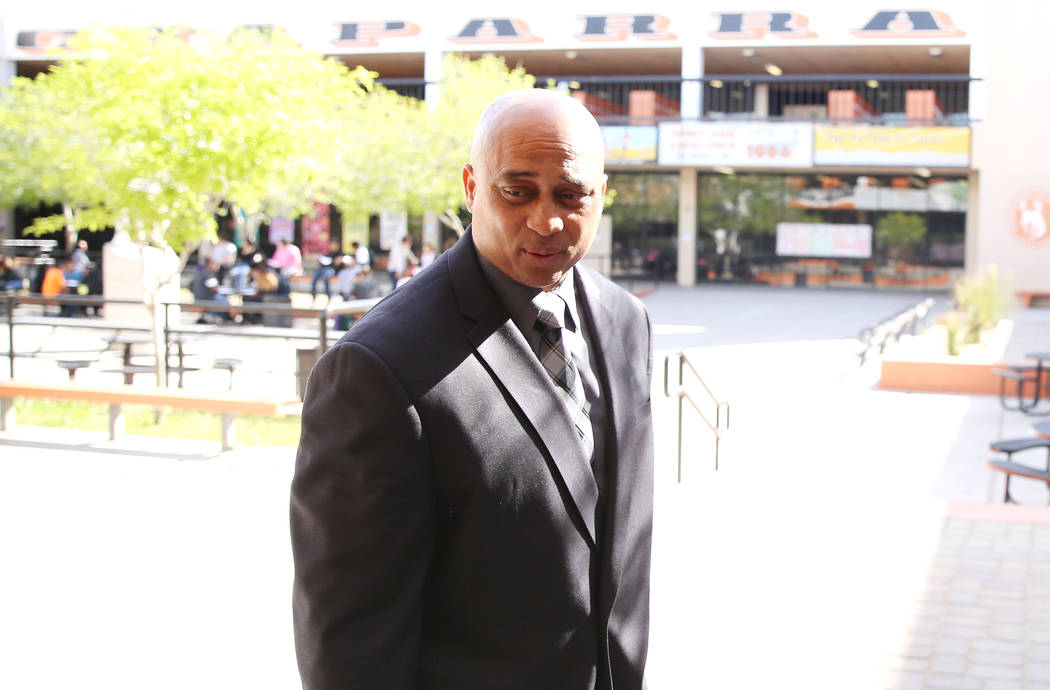 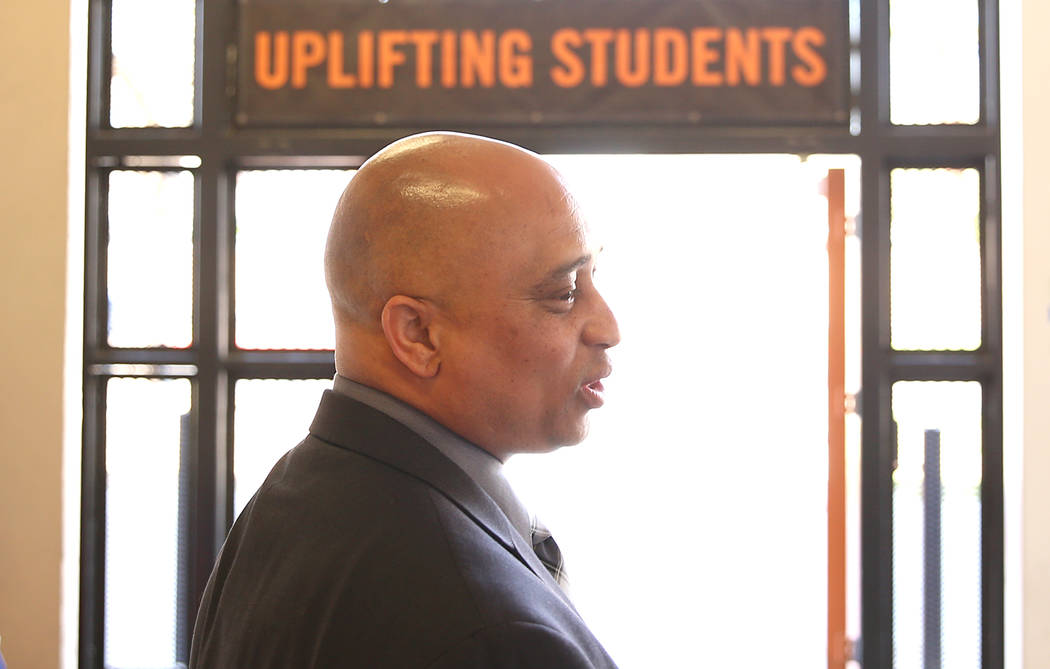 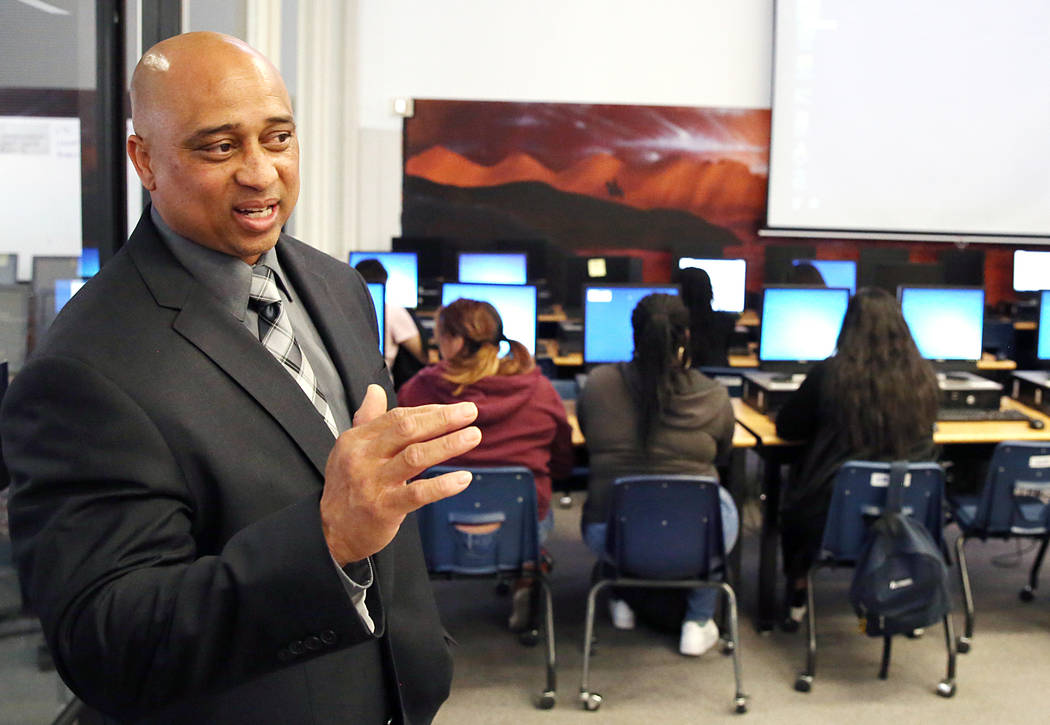 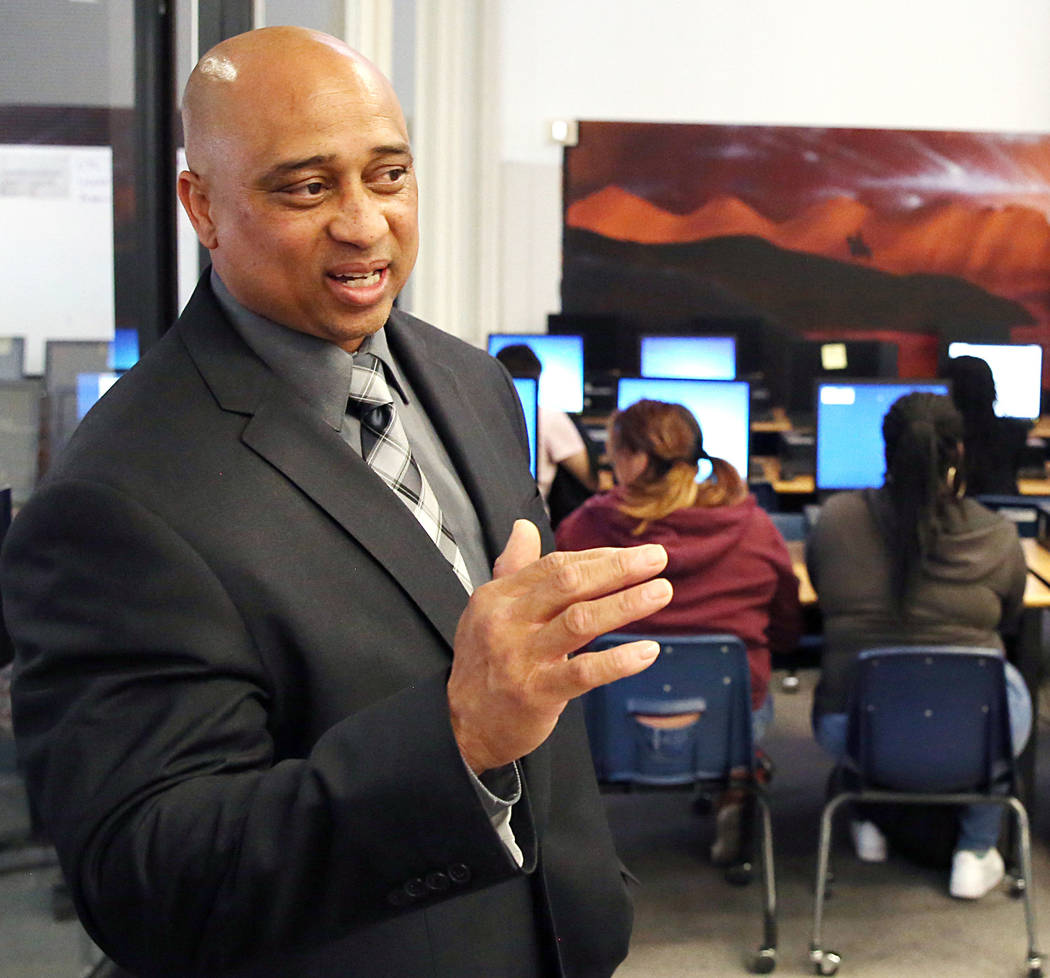 Growing up in Long Beach, California, in a low-income neighborhood, James had a football coach who stressed the importance of coming to school and making wise choices.

“He made me see life in a different lens, and he made me understand that my actions had consequences,” he said.

That’s why James can appreciate Communities in Schools, a dropout prevention organization at Chaparral and 46 other schools in Southern Nevada.

This year, James was honored by the group as one of five people nationwide to receive the “All In for Students” award.

The most important thing the organization provides at his school, he said, is mentoring.

“They provide a form of mentorship to our students where it’s not a faculty or staff member at Chaparral,” he said. “It’s an outside entity that can listen and be very, very open-minded with discussions.”

In his three years at Chaparral, James has certainly seen improvement — graduation rates increased from 69 percent in 2014 to 80 percent last year, the biggest rate increase of all comprehensive high schools in the district.

The school in the Paradise section of Las Vegas faces a challenging population — 38.8 percent of students receive free or reduced lunch, and 16 percent are English Language Learners, according to 2015-2016 state statistics.

“Everybody involved is doing dynamic things, and it takes a village to receive this award,” James said, standing before the school’s bright orange and black logo at the front office.

Nationwide, Communities in Schools sets up resources in schools to help students in poverty and ensure that they graduate. That includes assistance with school supplies, food, or individual case management for at-risk students.

A new report from the organization found that in 2015-2016, 93 percent of Nevada students who had cases managed through the program graduated. Attendance also improved for 76 percent of those students.

At Chaparral, Communities in Schools site coordinators can also refer students to CIS Academy, which offers classes that can encourage students to stay in school and remain on track to graduate.

In one such class, senior Talimaia Solomona creates a résumé to prepare for her future career. She enjoys taking advantage of the Communities in Schools program.

“I like how they’re always trying to bond with you and become more of a helper, as opposed to someone who teaches,” she said.