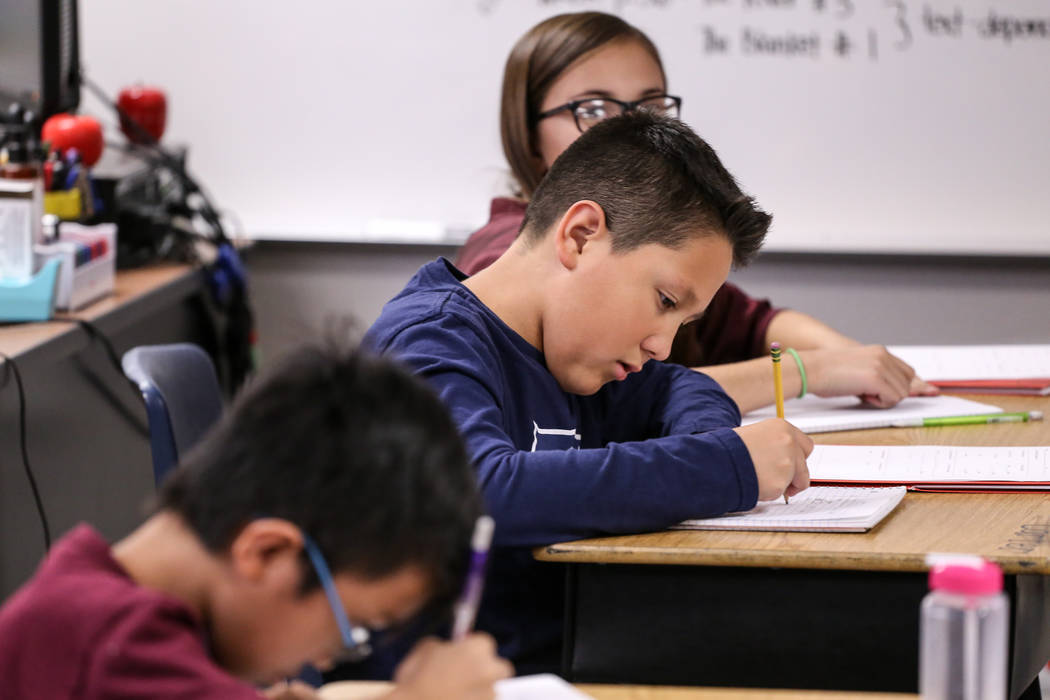 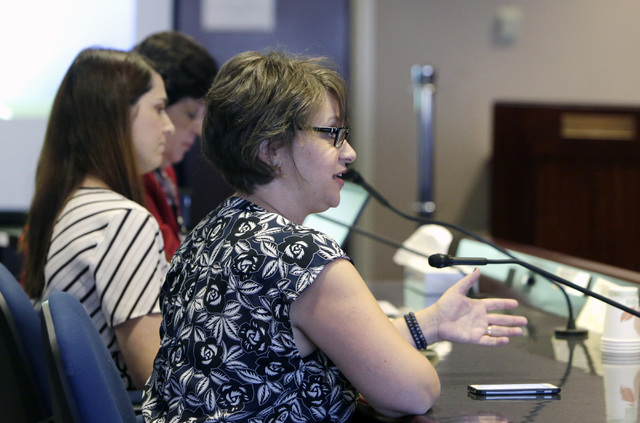 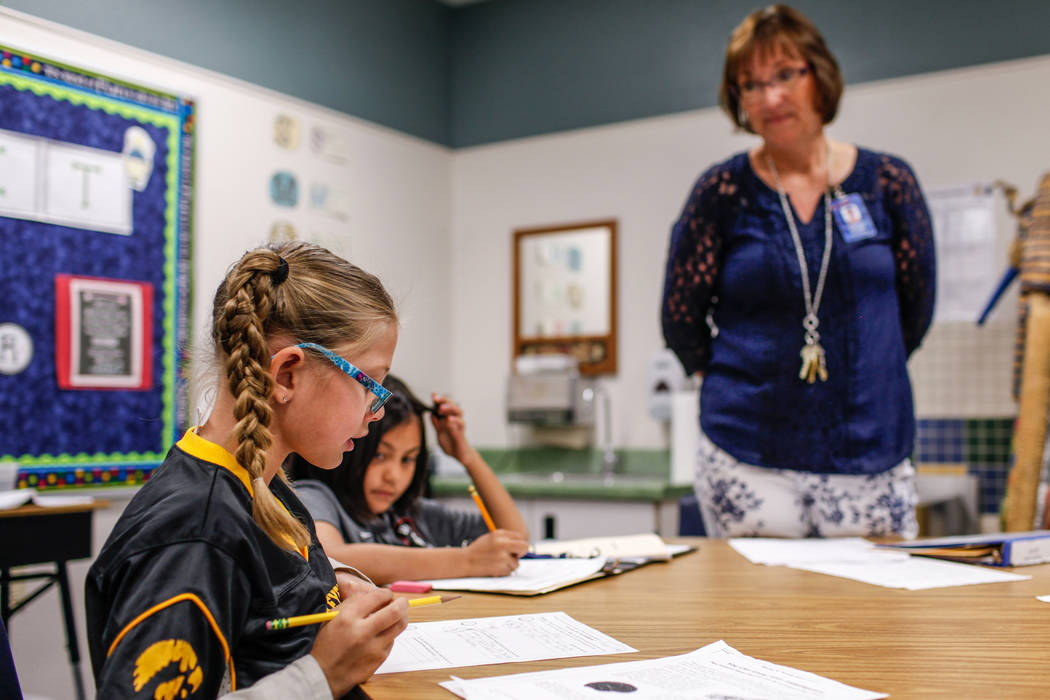 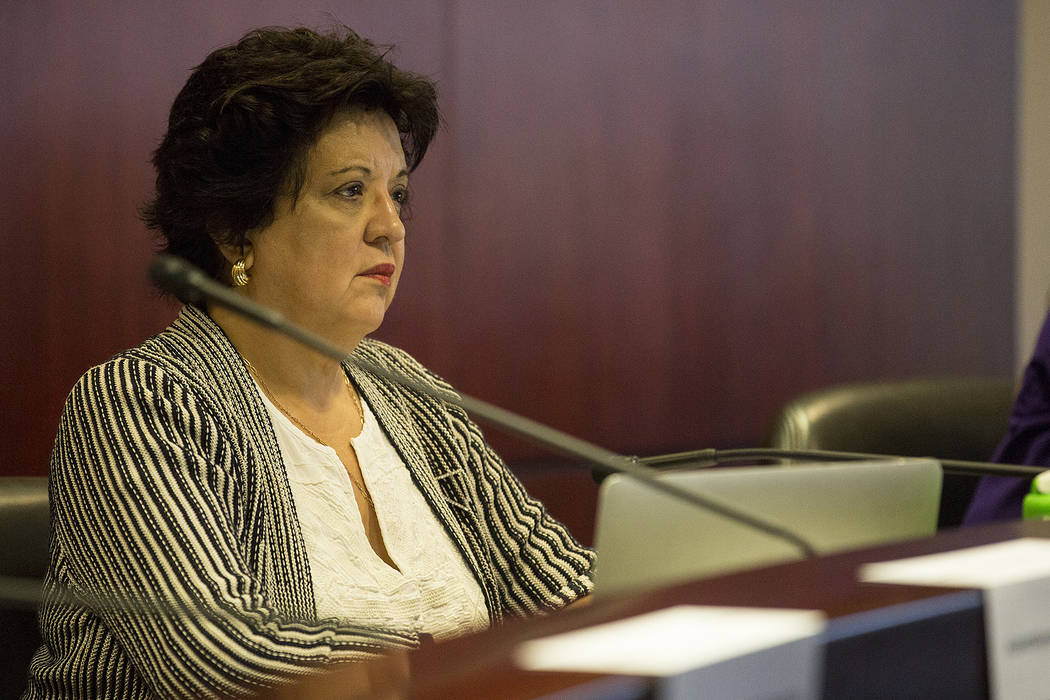 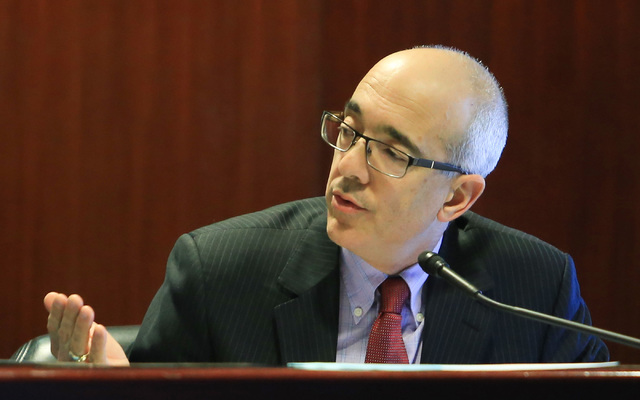 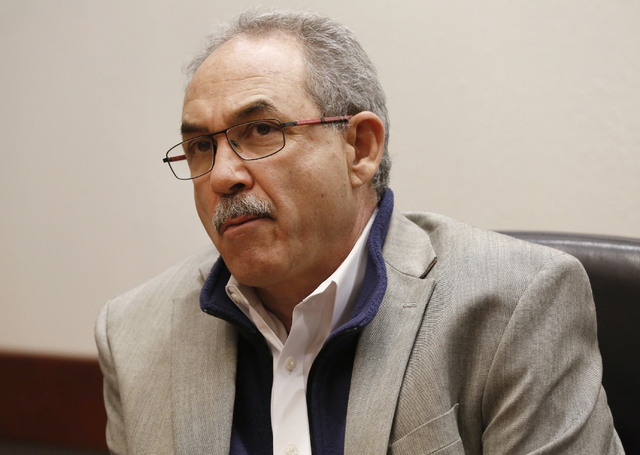 A nationwide education trend might be coming to Nevada, but it’s not necessarily one that overseers of the public school system will welcome.

Nevada could soon join the ranks of states that have been sued over the way they fund public education. Education activist groups and other parties already have filed such court challenges in 45 states, and several public school advocates active in Nevada have indicated they are considering such a step.

The lawsuits essentially allege that state lawmakers aren’t meeting their responsibility to provide an equal education for all students as required by each state’s constitution. A majority of the challenges have been successful in getting courts to force legislative changes that pump more money into education and often change how the funding is distributed.

In Nevada, a lawsuit likely would argue that not enough money goes into the state’s main account for education and is instead diverted to targeted programs that aim to improve achievement for specific groups of students.

Nevada is so far one of just six states — Delaware, Hawaii, Iowa, Mississippi and Utah are the others — where education funding has not been legally challenged, according to a nonprofit that tracks such lawsuits.

But amid a debate over how the state funds schools, as documented in previous articles in the Review-Journal’s three-part series, that might change during the 2019 legislative session, according to some education advocates.

‘A matter of time’

“Unfortunately, I don’t see enough action happening on behalf of our children without a lawsuit,” said Caryne Shea, the director of communications for HOPE Nevada, a nonprofit parent group primarily based in Clark County. Shea declined to say whether the group intended to file such a legal challenge.

“It’s a matter of time” before Nevada gets sued over education funding, said Sylvia Lazos, the policy director for Educate Nevada Now, another advocacy group. She likewise declined to say whether her organization would consider leading the charge.

Even without a lawsuit, the 2019 session is expected to be pivotal for education, as lawmakers consider whether to continue slow growth in categorical funding, which is money tied to specific programs that must show measurable outcomes, or consider new streams of funding to bolster overall spending on public schools.

Expected efforts by Republicans to procure funding for the state’s controversial education savings account program, which would allow parents to use a portion or all of their children’s public education funding to pay for private or home schooling, are expected to further complicate the debate.

The lack of a state constitutional challenge over education in Nevada so far is unusual, said Michael Rebell, executive director of the Center for Educational Equity at Columbia University.

In other states, the plaintiffs have been advocacy groups suing on behalf of parents, districts banding together or teachers unions, he said. They have been successful about 60 percent of the time, he said.

When plaintiffs win, courts’ remedies can vary. Sometimes courts are very specific in telling lawmakers how to fix the problem. Other times they offer up a more vague fix, Rebell said. Either way, he said, “the general trend has been that the court says plaintiffs’ districts are being underfunded, and one way or another, states come up with new money.”

In some cases, experts say, state legislators actually welcome lawsuits. If the court issues a mandate, it can provide the lawmakers with political cover in the next election cycle.

That could prove the case in Nevada, where lawmakers have long been loath to raise taxes to address the poor national standing of the state’s school system.

“A lawsuit honestly would be a relief so that they would fix what’s wrong without being blamed by their constituencies,” said Shea of HOPE Nevada.

“I think a mandate from the courts would definitely put some pressure on us to have to do some things,” he said. “Obviously if we have to do more for education, that means we would have to do less for something else. I don’t know what that could be.”

Denis added that he is surprised Nevada hasn’t yet been sued.

Nevada’s courts have been involved in education before, most recently when Educate Nevada Now sued over the education savings account program passed by the Legislature in 2015. The program was ruled constitutional, but the funding mechanism was rejected by the courts. The Legislature failed to secure a new funding source in the last session.

The muddled outcome of that case shows that while the courts have a role to play, a lawsuit over funding distribution likely will not be a silver bullet for education, said Lazos, of Educate Nevada Now.

“I think the reality is that every single branch of government has to work together and has to uphold their responsibility to fund an education system that works,” she said. 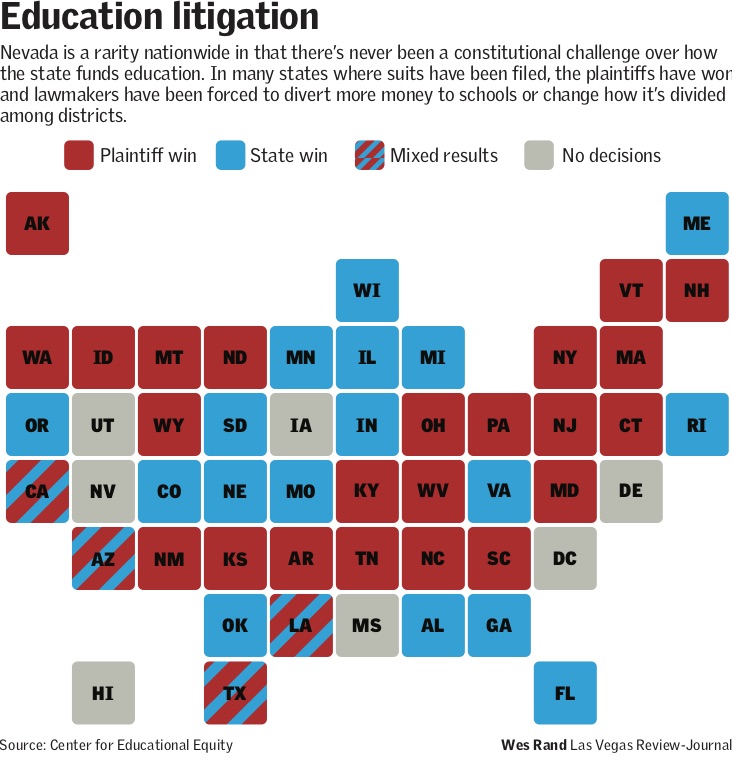 In the absence of a lawsuit, the most likely outcome of the 2019 session is a continued incremental investment in education, most likely through categorical funding.

That’s what Gov. Brian Sandoval would like to see, though he will be out of office by that time.

“The data is clear that additional funding to support students in poverty, English language learners, the gifted and talented, integrating technology into schools and many of the categorical spending programs are working,” he said in a statement. “Republicans and Democrats should continue to focus on return for the investments of taxpayer dollars and build on what is working and change what is not working.”

Others say incremental funding is what isn’t working.

“I do not believe we can continue this incremental approach every two years,” said John Vellardita, executive director of the local teachers union, referring to the fact that categorical funding has to be reapproved by the Legislature every two years. As a result, if there’s an economic downturn or a political shift in the Legislature, the money can vanish.

Denis agrees that a stable funding system is critical.

“The problem with categoricals is you never know what you’re going to get,” he said. “Ultimately we have to get to a place where we can eliminate the categoricals and put it in the base funding and put in a system to hold the school districts accountable. Then the system can really succeed.”

“I realize raising taxes in a lot of states is difficult right now,” Rebell said, while noting that many states that were sued nonetheless turned to tax hikes to resolve their funding issues.

Certain taxes, like a personal income tax, are dead on arrival in Nevada, according to advocates.

“That’s just never been a reality in this state,” said Jan Jones Blackhurst, a former Las Vegas mayor and Ceasars Entertainment executive who is a leading voice on education reform.

Vellardita hinted that support is building locally for a new education funding mechanism but said he wasn’t ready to discuss it.

All he would say is that the solution will come when local community and business leaders devise a plan to create a revenue stream, then bring that plan to the state. The union, he said, is working to develop legislation for 2019 that would accomplish that.

“There is support out there for that,” he said. “But it’s got to be very prescriptive with measurable outcomes.”