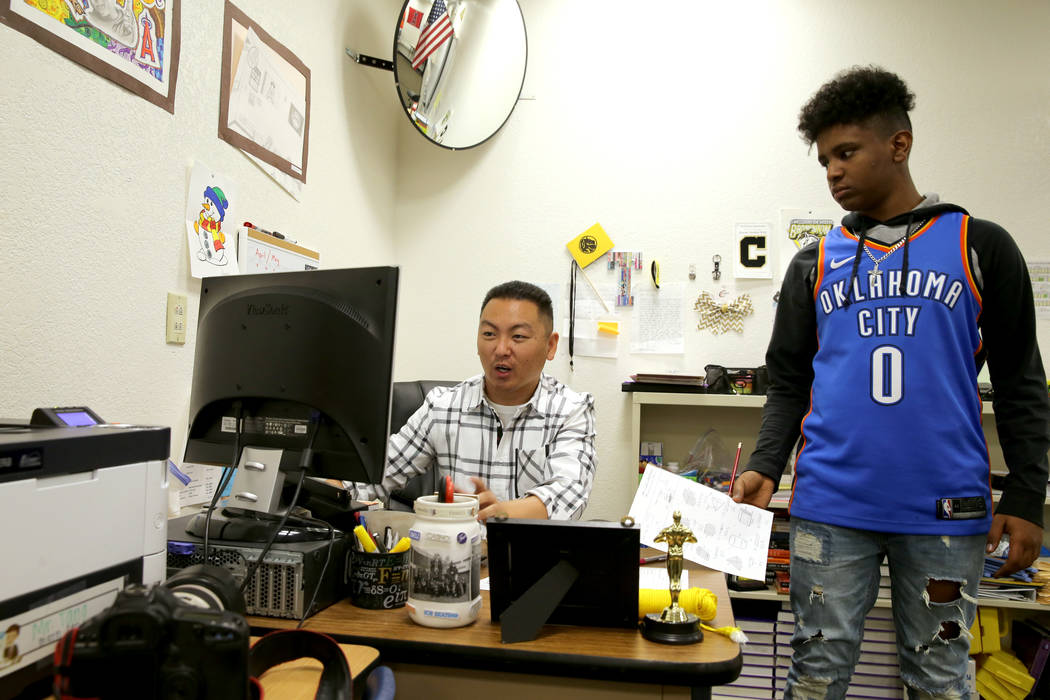 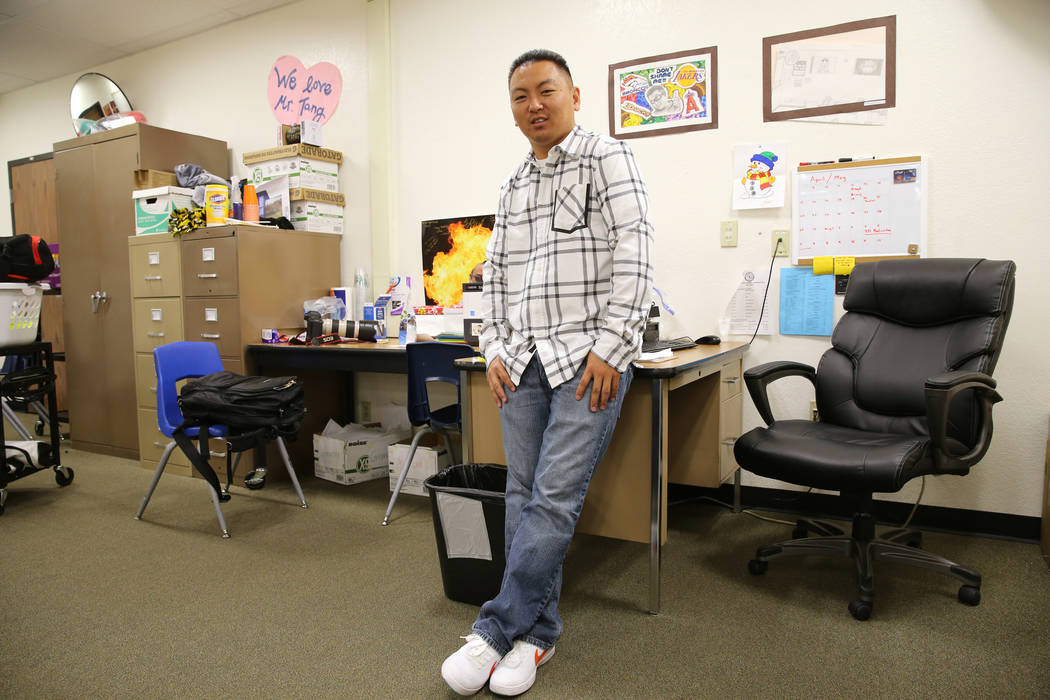 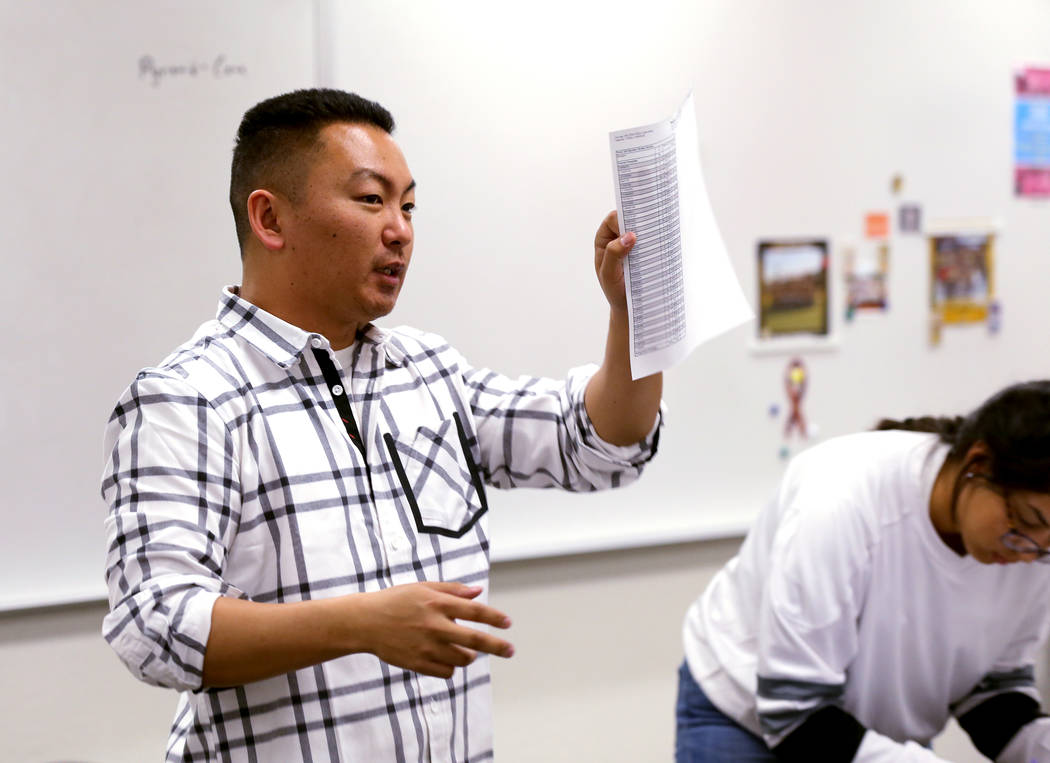 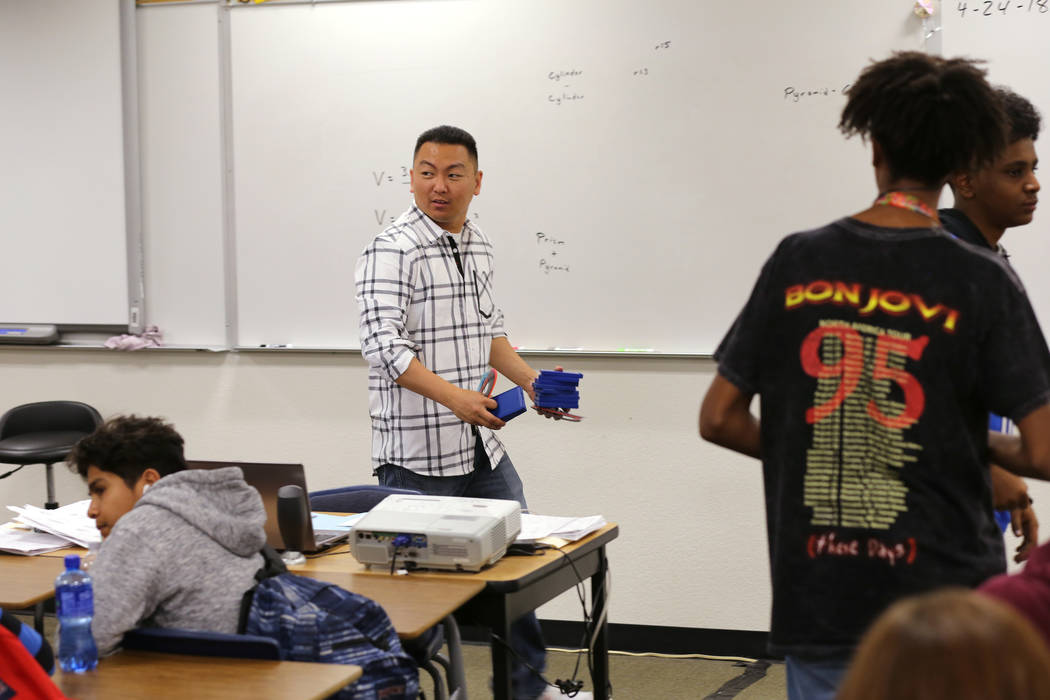 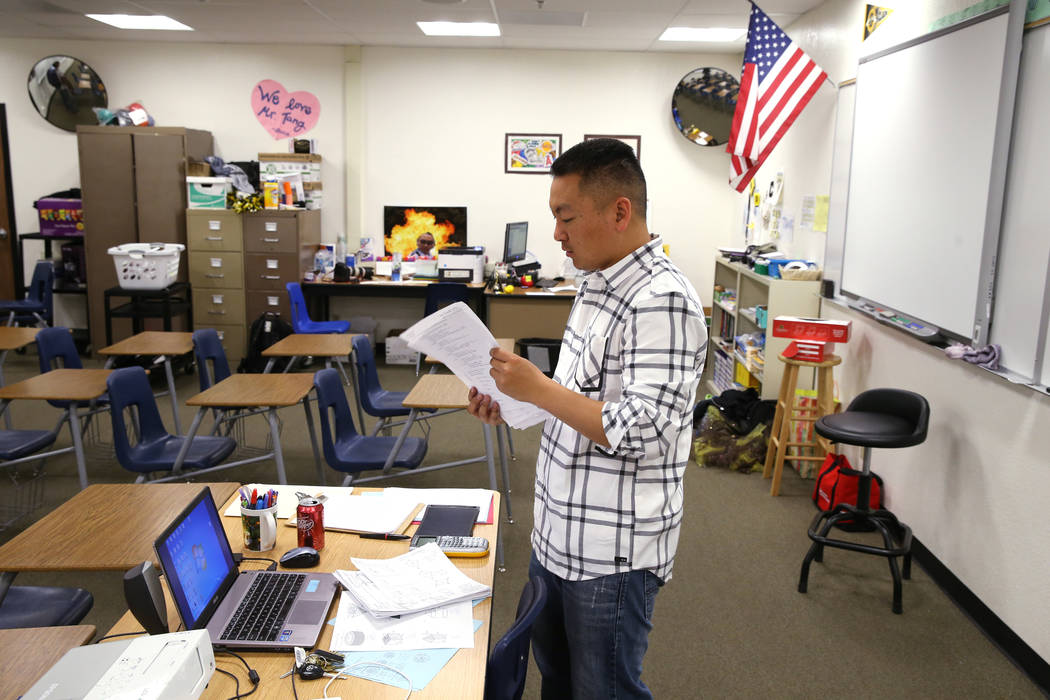 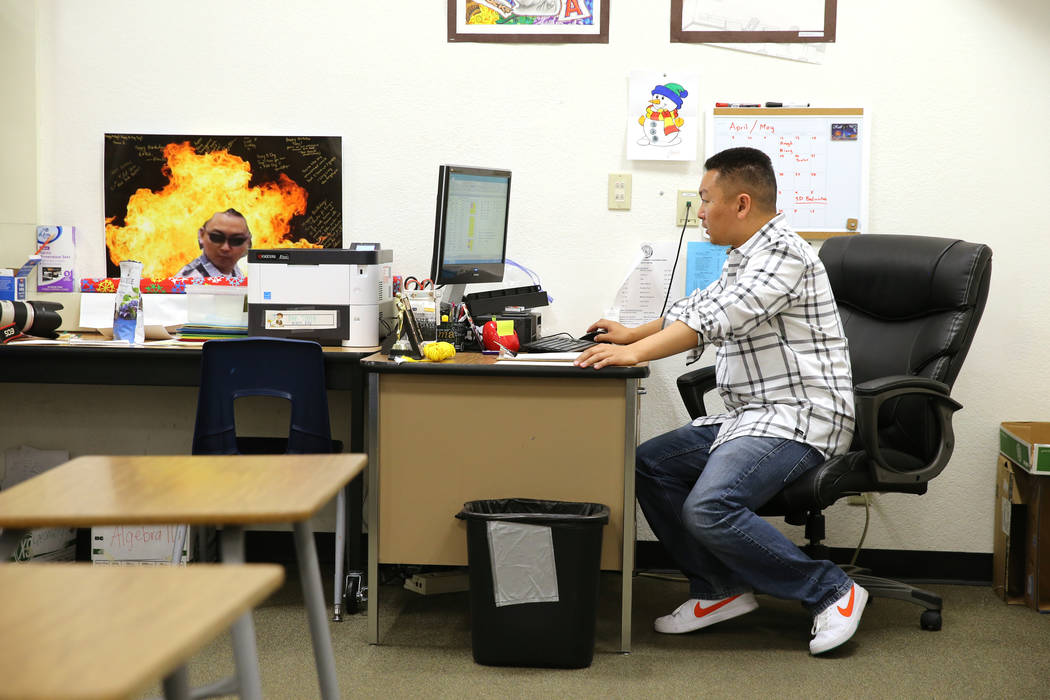 It was supposed to be easy.

Nevada’s 1989 teacher reciprocity law was intended to simplify the process for qualified out-of-state teachers to come to Nevada. A 2017 amendment to the law removed even more barriers.

But a separate 2015 regulation requiring teachers to pass a three-credit college course on “family engagement” could undo some of that progress and force teachers out of classrooms next year. The state is planning to notify about 900 teachers later this week, reminding them that the deadline to complete the course is looming and that they will be out of jobs if they don’t.

Among them is Brian Talaga, a 33-year-old special education teacher at Mojave High School in North Las Vegas. Talaga and his wife, a school counselor, moved to Nevada from upstate New York two-and-a-half years ago. Talaga has a master’s in special education and was a licensed teacher in New York. But his first Nevada license is nonrenewable and is set to expire in July.

Unless he and his wife take the family engagement course before then, they won’t be able to earn a five-year standard renewable license needed to continue in their jobs.

“New York has pretty high standards for their teachers, and then to come to a state like Nevada and they tell you they have full reciprocity and then they say ‘Oh, by the way, you have to take another college course,’ that’s not full reciprocity,” a frustrated Talaga said.

He and his wife say they will figure out a way to pay for the course, which he estimates will cost them about $1,000 in total. But that will mean pulling their two young children out of day care and a pre- and after-school program over the summer so they can save money and juggle their schedules to complete the courses.

“It all comes down to money for me,” he said of the delay in taking the class.

Talaga and his wife are not alone.

The Nevada Department of Education says the number of teachers in jeopardy is likely less than the 900 who will be notified this week.

Some may have already taken the course and not filed the paperwork, and others may be signed up for summer courses, it said. But officials estimate that as many as 500 educators are at risk, which would exacerbate Nevada’s teacher shortage.

Dena Durish, the department’s deputy superintendent of educator effectiveness and family engagement, said she wouldn’t call the course requirement a barrier or burden, even though that’s how some teachers see it.

“We know family engagement is key,” she said. “There’s a reason the law was created.”

The family engagement course requirement was imposed by a law passed in 2011 that went into effect in 2015 and covers subject matter often taught as part of another course instead of a standalone course.

In Talaga’s case, for example, his master’s degree transcript doesn’t include a family engagement course, but he said the material was taught in other courses and is a daily part of his job now.

“I am constantly on the phone with parents and constantly meeting with parents. That’s what we do with special education,” he said. “Our parents are our main people that we contact.”

But Nevada’s course requirements are specific, and courses from college and universities outside Nevada often don’t pass muster.

For Charlie Tang, a 31-year-old math teacher at Clark High School, the requirement had him considering moving back to California, where he said it’d be easier to maintain a standard license.

Tang moved here five years ago with a provisional license from California, before the course requirement. He was granted a three-year license, which expired in the middle of the school year in 2016. Nevada doesn’t give a grace period on expired teaching licenses, so he had to apply for a new one.

That triggered the family engagement requirement.

Tang initially found a course offered by National University at a cost of $1,629. Being a math teacher, he calculated that the amount was 4 percent of his annual pay. That’s when he started looking at moving back to California.

But he kept digging and found a Nevada-compliant online course at Grand Canyon University for about $600, which he intends to take this summer.

“I understand the premise of it,” Tang said of the requirement, adding that he thinks the subject should be a daylong training rather than a semester-long course.

“One of the issues is cost. The cheapest courses are the traditional courses that you can take through UNLV or CSN, but those are tied to the timeline of the actual school semester,” she said.

“Do you move for a place where there’s going to be provisions on your license and where you have to do additional coursework or somewhere where it’s going to be clear?” he asked, making it apparent that he thinks the answer is obvious.