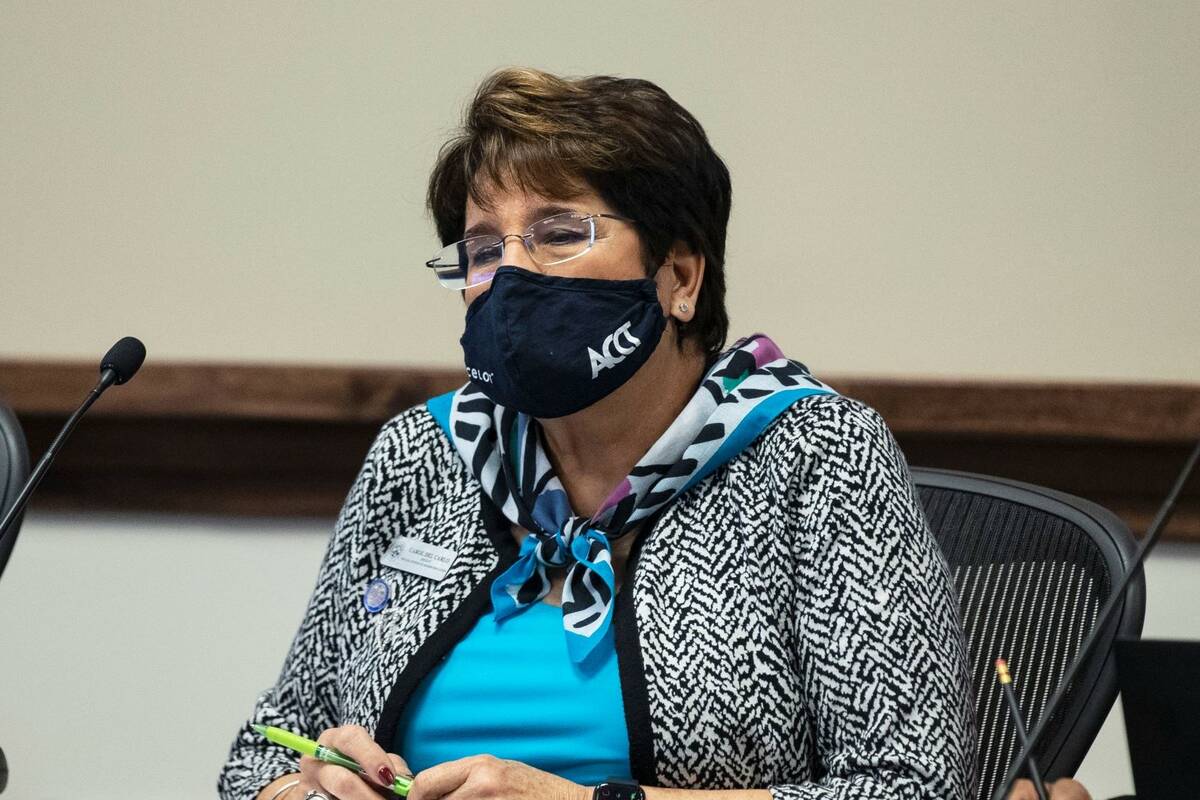 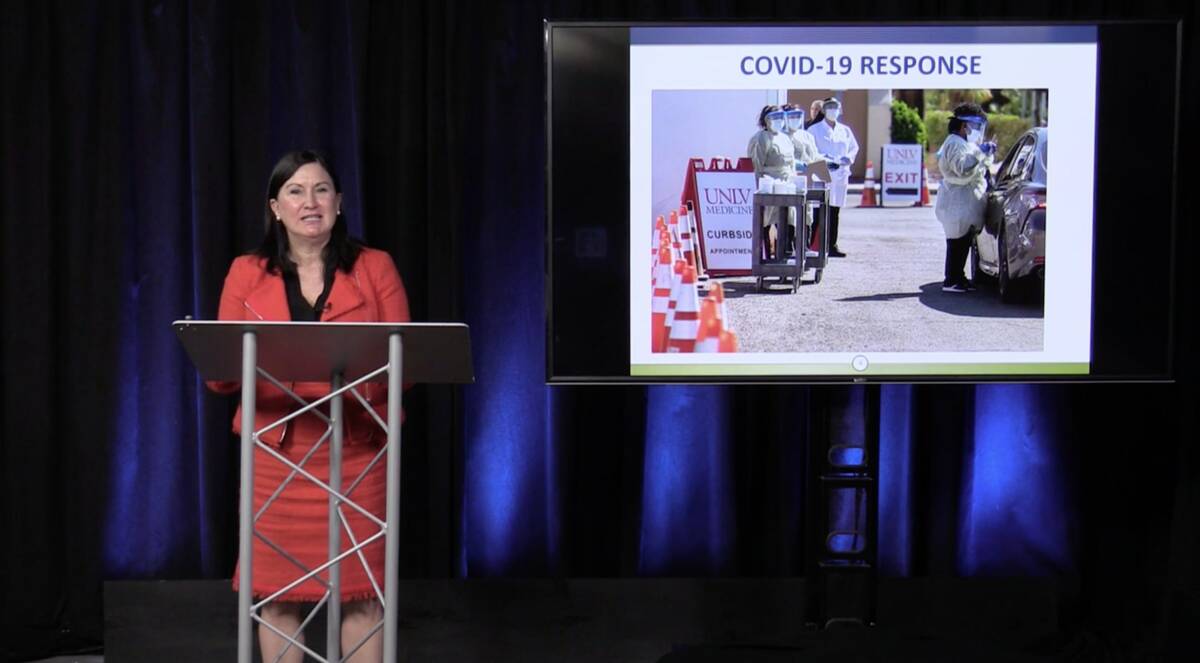 The Board of Regents, which directs the Nevada System of Higher Education, will consider voting on a final version of the resolution at a future meeting.

The proposed resolution will “condemn and thwart discriminatory language and behaviors” throughout the public higher education system, which has eight schools and more than 100,000 students, according to the meeting agenda.

It says the board “strongly condemns all discriminatory and racist language, hate speech, references, and actions” at all NSHE-sponsored events and public meetings.

Yvonne Nevarez-Goodson, deputy general counsel for NSHE, told regents the system is being cautious with the wording in the resolution so it doesn’t implicate First Amendment rights.

It’s not an avenue to punish speech, but is really an intent of value, she said.

Regent Carol Del Carlo said remarks were made during a Jan. 14 meeting she presided over as the temporary board chair. She didn’t specify who made the comments or what they were regarding.

Del Carlo said she didn’t address the situation properly but “should have.”

She said she sees the resolution as opening a dialogue and that she was looking for input from other regents.

Del Carlo said she wants all regents to be comfortable, feel empowered and have a shared responsibility for speaking up when language used is inappropriate.

It’s unclear whether references to the Jan. 14 meeting were specifically about comments made by Regent Patrick Boylan that have drawn criticism.

After Chancellor Melody Rose gave a “State of the System” address, Boylan had a series of questions and comments. One was about Hispanic-serving initiatives, which Rose later clarified referred to the federal designation of Hispanic-Serving Institutions.

Why doesn’t NSHE serve all students of all ethnicities? Boylan asked. “… We have Black students, we have colored students” and “white students are invisible,” he said.

He later asked if NSHE was interested in white students “or do we just say, ‘Screw them?’”

During the board’s Friday meeting at Nevada State College in Henderson, Chair Cathy McAdoo said the board hasn’t had long to review the proposed anti-discrimination resolution.

“We just want it right,” she said, noting the process will require time and discussion.

The proposed resolution says the Board of Regents “celebrates its majority-minority student population.”

It says NSHE regents will hold themselves and the higher education community accountable to those principles.

That will include “encouraging education through anti-racist/anti-bias training” for regents and members of the NSHE community “who use discriminatory or racist language or references and who commit discriminatory and/or racist acts,” the resolution says.

During a public comment period, UNLV Student Body Vice President Abraham Lugo said he wanted to express gratitude for the precedent NSHE would be setting with the resolution.

He thanked the higher education system for the “steps we’re beginning to take to become a united Nevada.”

UNLV Student Body President Caren Yap said she wanted to express her immense support for the anti-discrimination resolution, noting there’s a need for a systemwide statement to assist in holding elected officials accountable.

She said she urges the board to add clauses that outline specific actionable steps for when discriminatory behaviors occur.