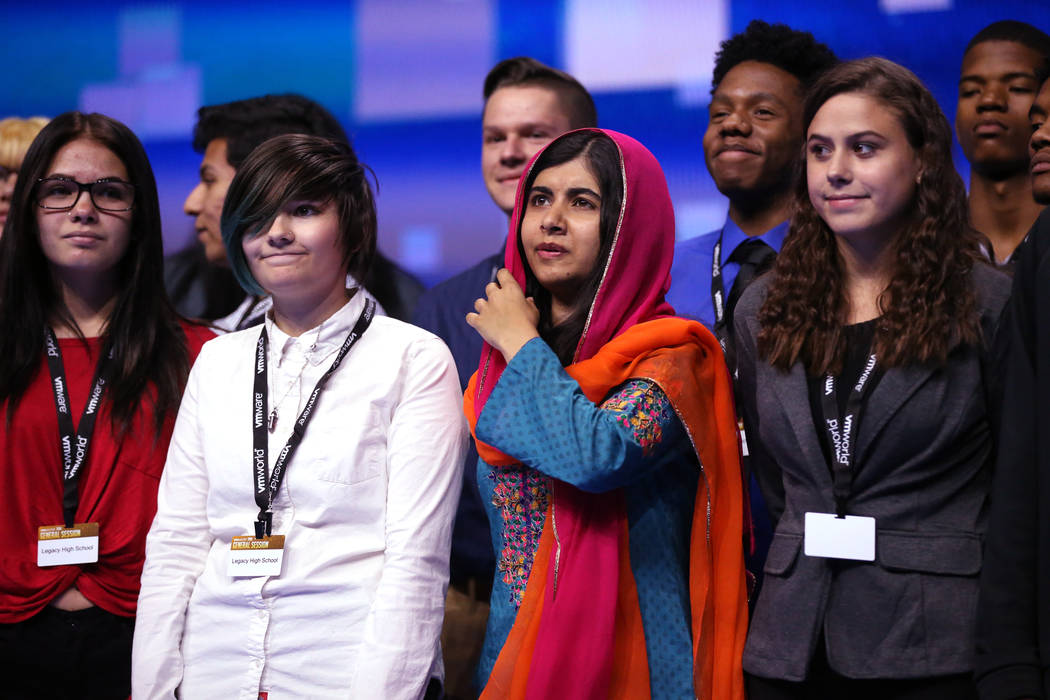 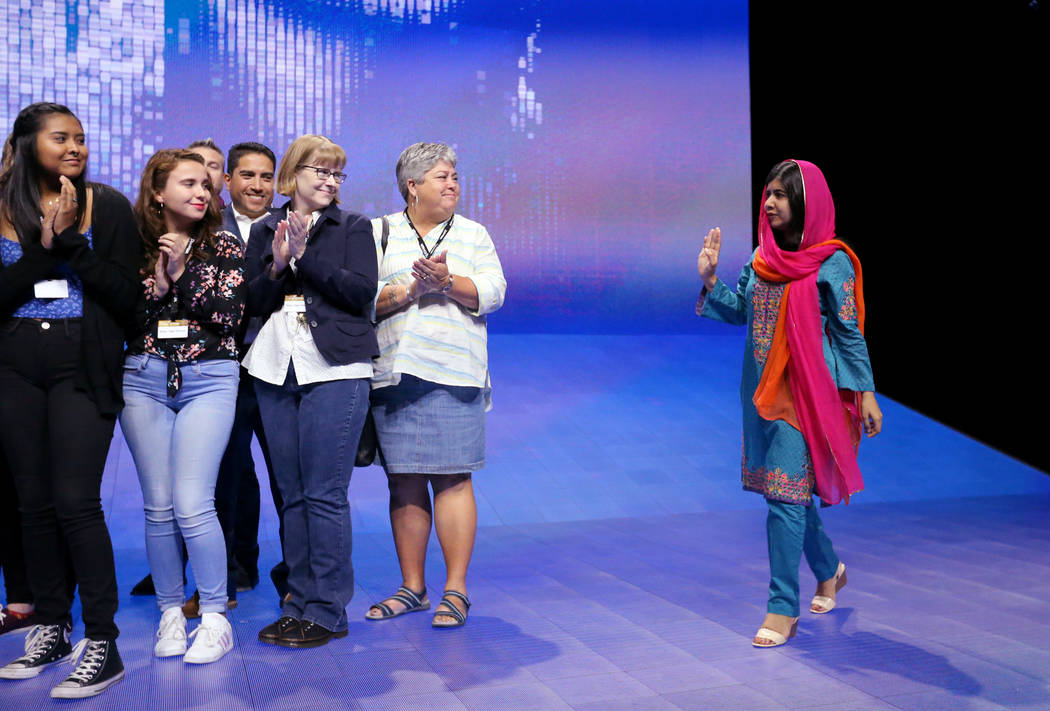 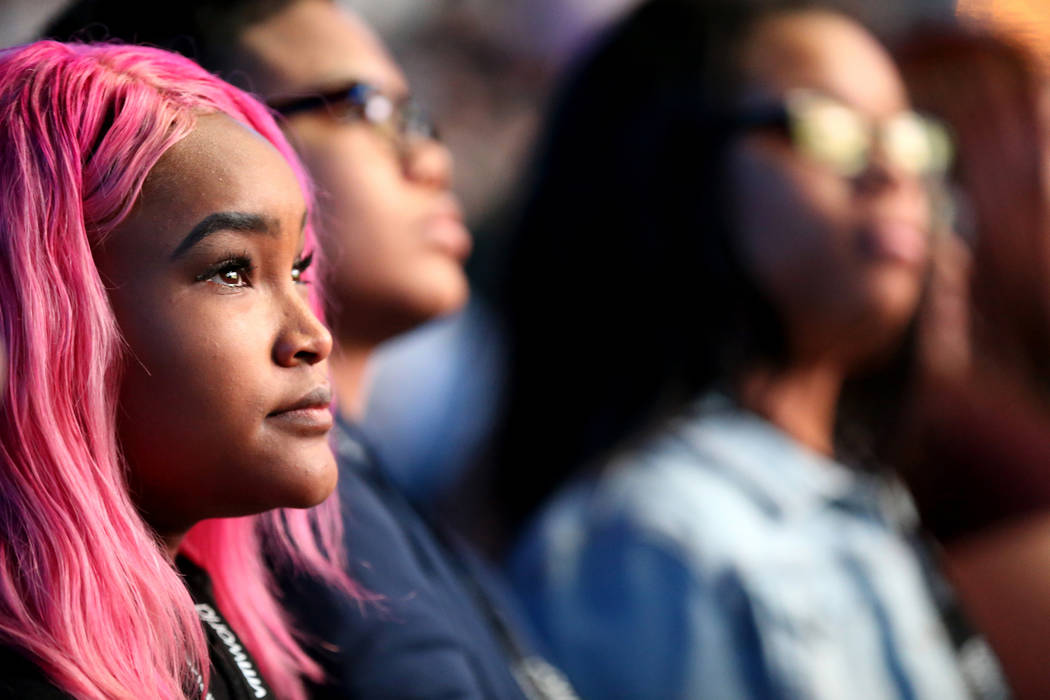 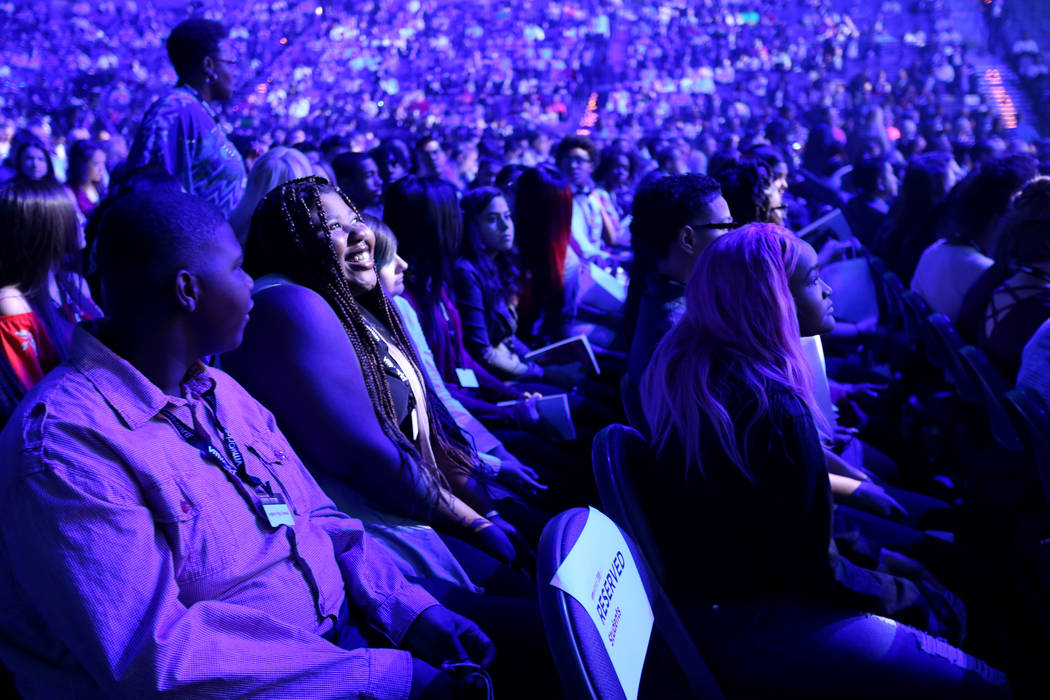 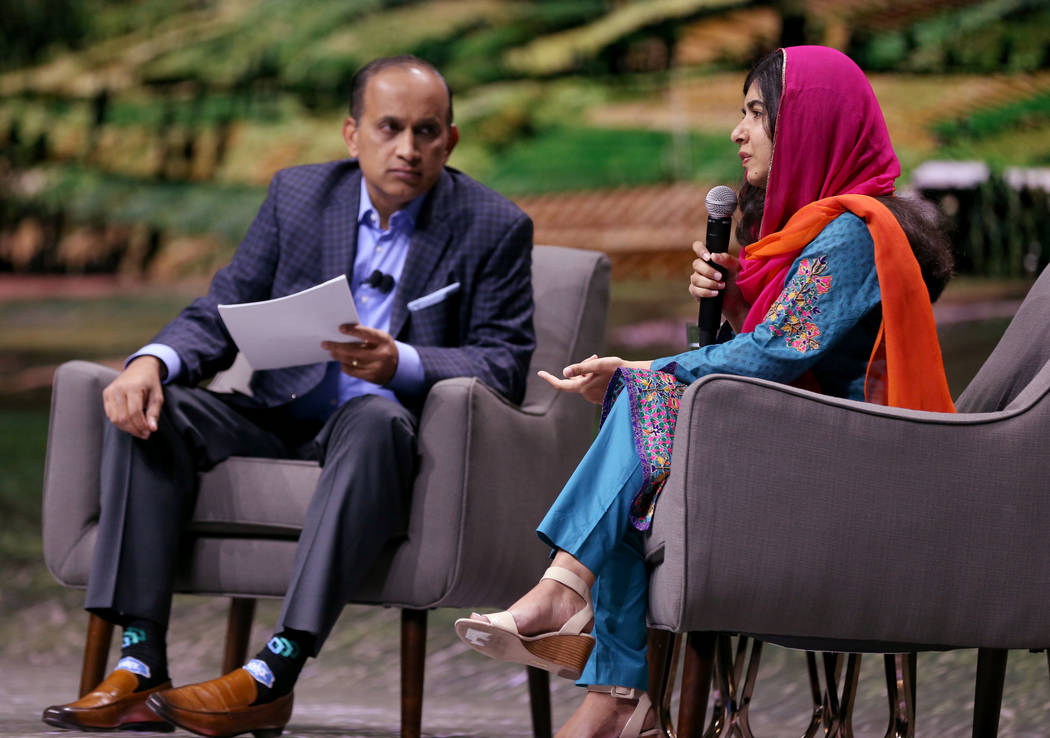 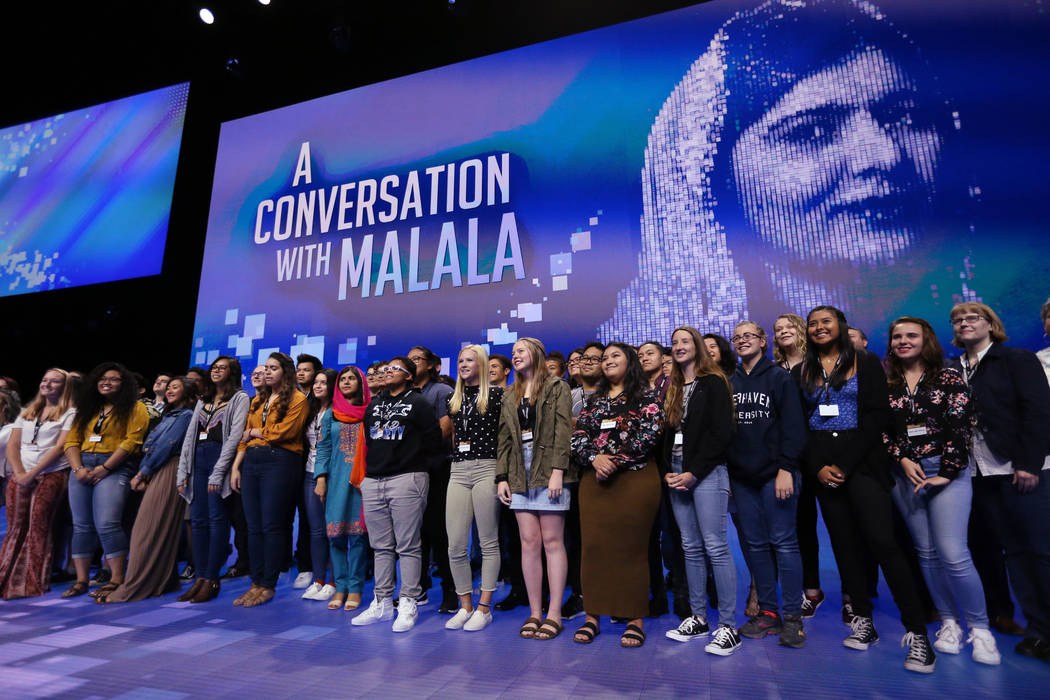 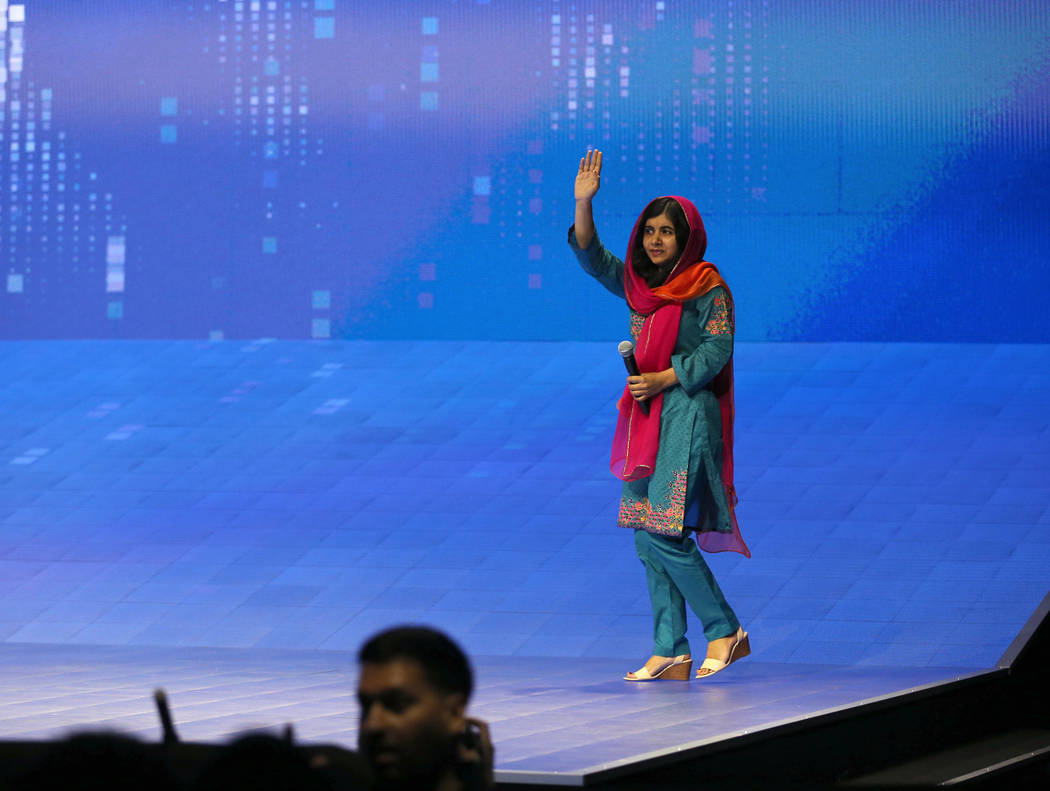 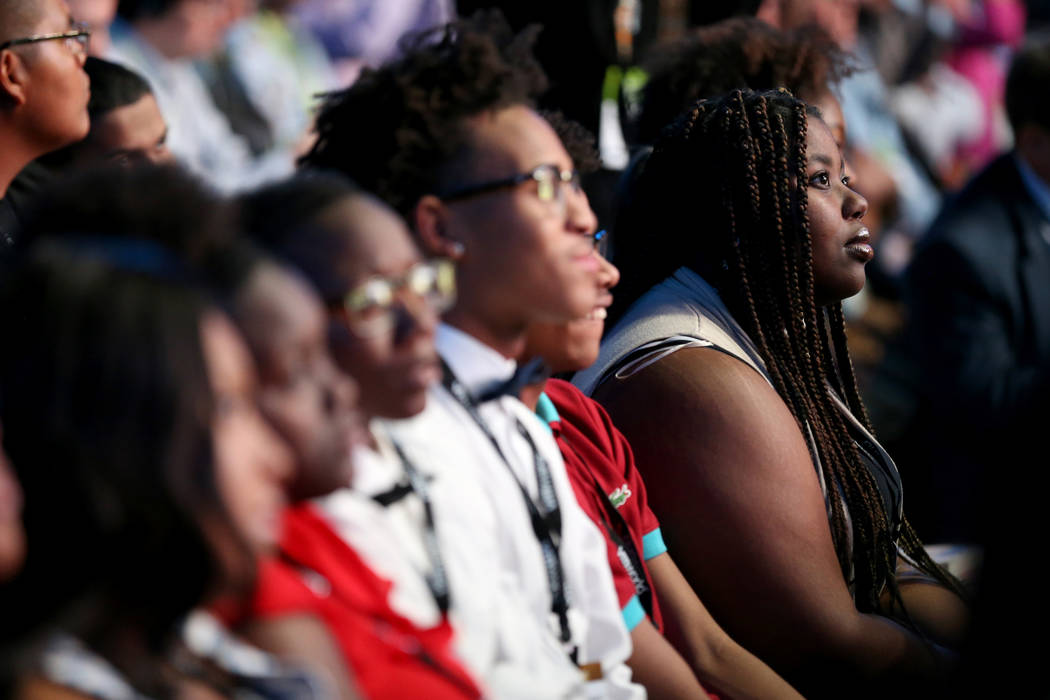 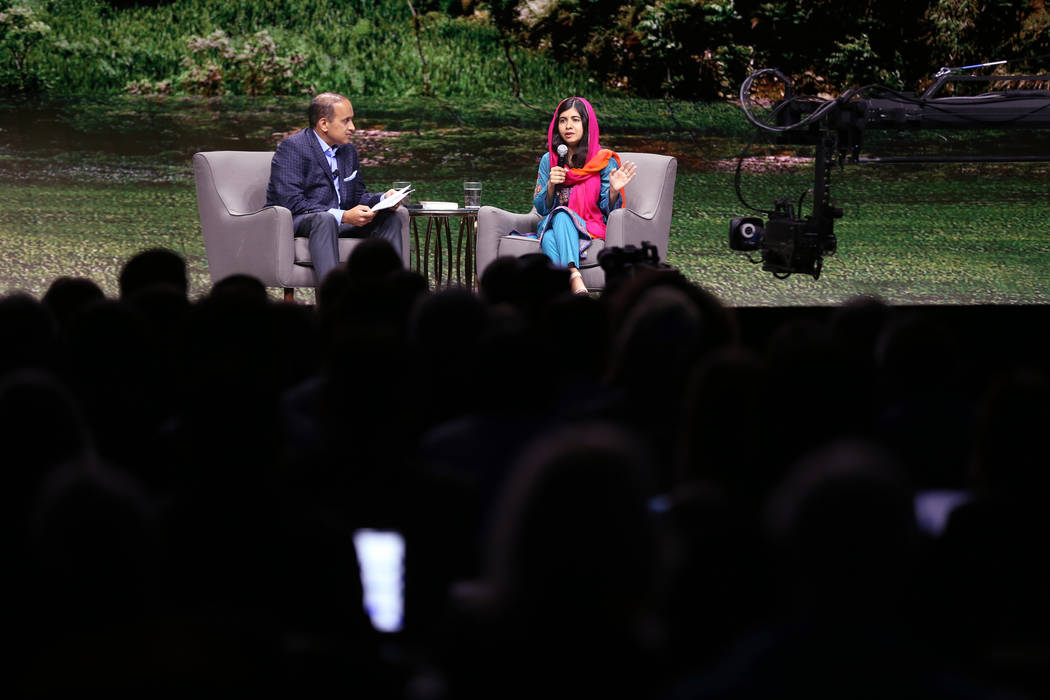 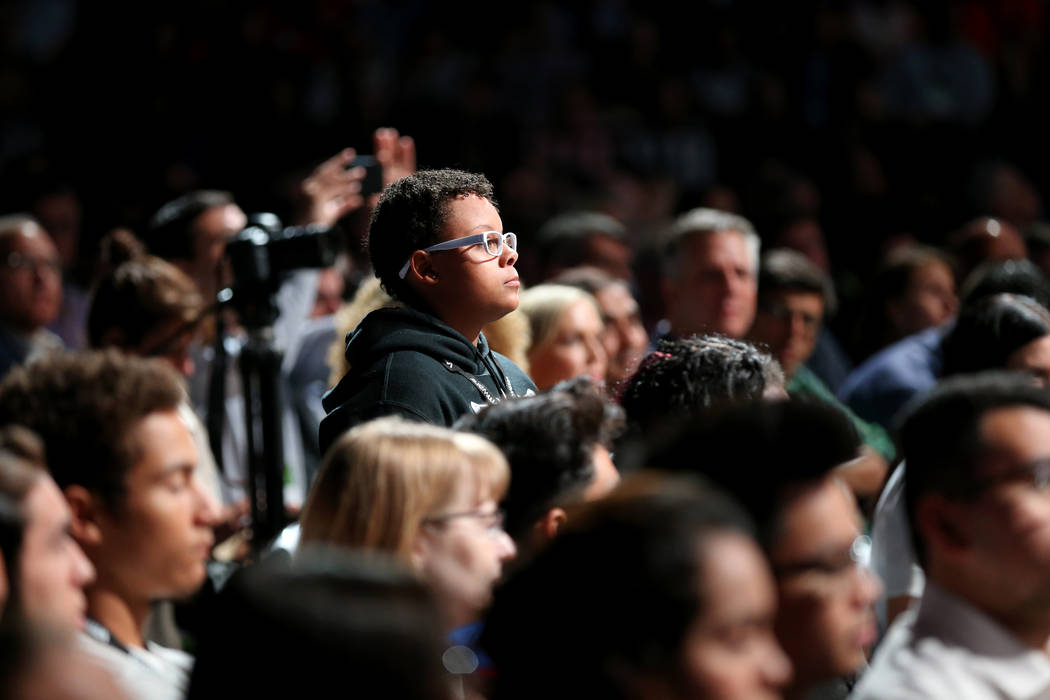 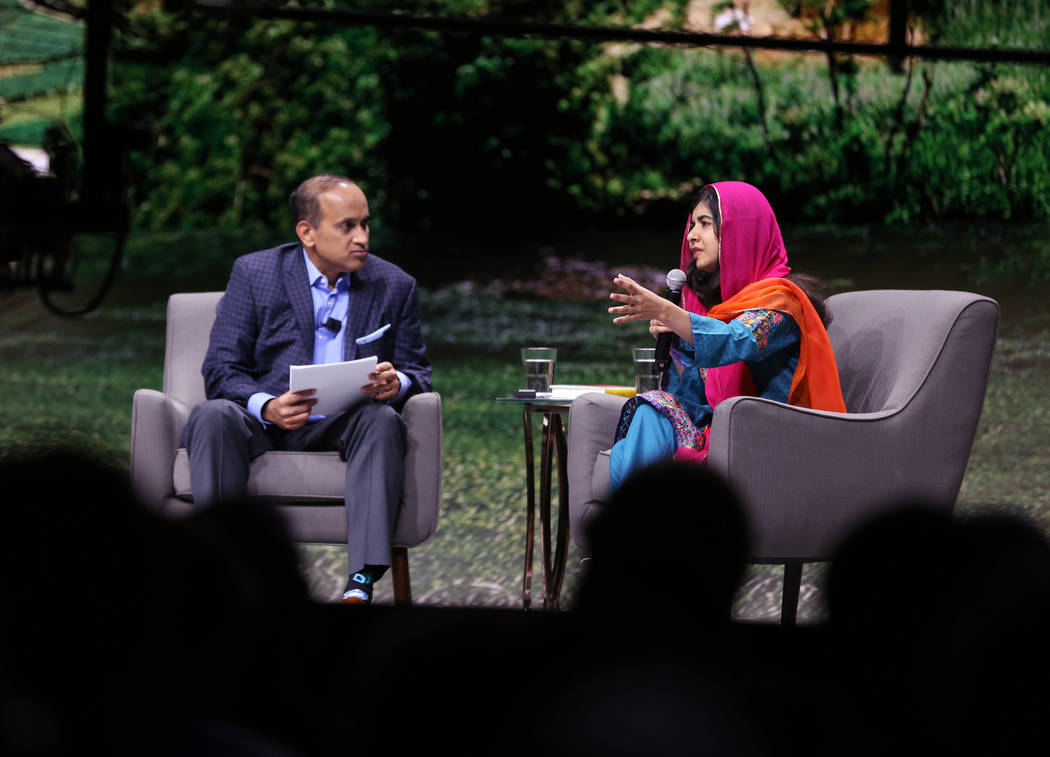 Melea Cooley, a senior at Basic High School in Henderson, proudly claims that she hails from a line of intelligent women.

That’s why she found listening to Nobel Peace Prize winner Malala Yousafzai at the annual VMware conference on Tuesday so inspirational.

Cooley was one of 100 students from Legacy and Basic high schools invited to attend the event at Mandalay Bay headlined by Yousafzai, who was shot by the Taliban on her way home from school in Pakistan after advocating for girls’ education in 2012.

Yousafzai, 21, described how extremists took over the Swat Valley in northwest Pakistan around 2007 and forbade girls from attending school.

“They were completely spreading ignorance and it sometimes feels like they were more aware of the power of education,” she said. “Because they knew that through education, women could be empowered.”

Yousafzai, who is now a student a Oxford University in the U.K., acknowledged that she was very lucky to receive an education in Pakistan, and to have a father who supported it.

Yousafzai also said she has forgiven her attacker, whom she described as a young boy.

Students who attended the conference each received a copy of Yousafzai’s book, “I Am Malala,” before the event.

Katrina Perce, a senior at Legacy in North Las Vegas, read hers in just a few days. She said Yousafzai’s story makes her value her own education a lot more.

VMware, a cloud computing technology company, said it also would donate a copy of the book to libraries at all Clark County School District middle and high schools.

Dell Technologies, which owns the majority of VMware, also will donate 50 computers each to Legacy and Basic.