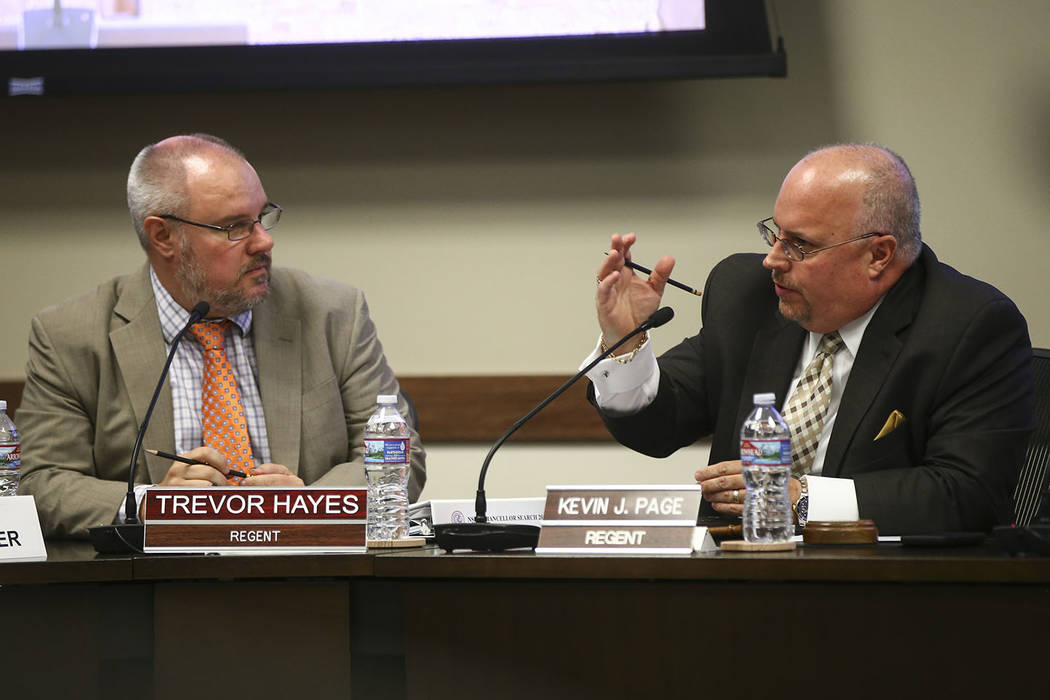 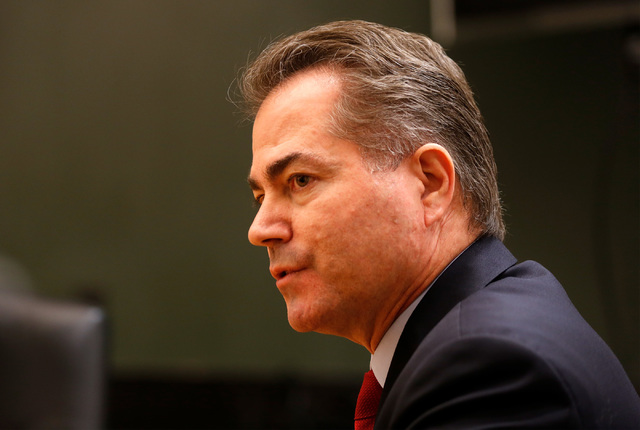 A recommendation to raise student tuition and fees at the state’s colleges and universities received mixed reviews from members of the Nevada Board of Regents on Friday.

The tuition and fees committee, comprised of college presidents, student representatives and Nevada System of Higher Education Chancellor Thom Reilly, has proposed a 1.8 percent increase in fees and tuition for the 2019-20 and 2020-21 academic years.

Regent Allison Stephens said she has no intention of supporting it.

“I don’t think this is the right thing to do,” she said.

Stephens said she recognized the need for an “all hands on deck” approach in the thick of the Great Recession, but even as the economy improved, the NSHE has continued to shift the burden of the cost to students.

“We have been complicit in changing the business model of how higher education is funded and allowing the state to shirk its responsibility,” she said.

NSHE Chief Financial Officer Chet Burton said the proposed hike is based on the Higher Education Price Index. The committee must recommend an increase equivalent to the latest index figure, an inflation measurement specific to higher education, according to board policy.

But the board is not bound to approve any set number, Burton said.

Regent Trevor Hayes said his support of the increase would be contingent on whether the board can come up with a way to lock in tuition rates for four years for the college and university students, and two years for the community college students. He said this would guarantee a student’s cost remains the same every year and would give students a financial incentive to graduate on time.

Regent Jason Geddes said he would like to see the school presidents outline by the June board meeting how they would spend the increased revenue, whether it’s on student services, hiring more professors, or putting it into capital improvement projects.

Another topic, which was also presented as an “information-only” discussion item, generated serious conversation among the regents on Thursday.

“It’s very troubling that we feel like we were told this $100 million was pretty solid,” Hayes said. “To go from that to $232 million is mind boggling. This is just not acceptable.”

Stephens said it seems like it’s a “bait and switch” situation, because she’s been told $100 million would give the university only the bare minimum and wouldn’t include spaces like a library or administrative offices.

The medical school is teaching its first class of 60 students in remodeled classroom space on the university’s Shadow Lane campus. Founding Dean Barbara Atkinson said the goal is to enroll 180 students per class once the school is accredited and facilities are fully constructed.

To date, the school has raised $64 million toward the project, with $25 million of that amount coming from the Nevada Legislature. On the low end, the building could cost $135 million, according to the university.

President Len Jessup said Thursday that he’s confident in the university’s pipeline of donors, but he also said it’s wise to have a range until the university knows where the fundraising falls.

“It seems as though this needs to be buttoned up,” Regent Cedric Crear said. “We can’t operate off of $100 million ranges. We don’t have that luxury.”

Hayes said UNLV ignored board policy last June when the Legislature, near the close of its 2017 session, approved the $25 million in matching funds for the building.

Hayes said funding for the building was not presented to the board as priority, and that Jessup should have consulted then-Acting Chancellor John White and Vice Chancellor Constance Brooks.

Jessup said he believes he gave a “heads up,” but Brooks said she wasn’t informed about it.

“It was the result of a conversation between the private donor and the governor,” Jessup said. “It was a pleasant surprise. … We weren’t about to look a gift horse in the mouth at the eleventh hour.”