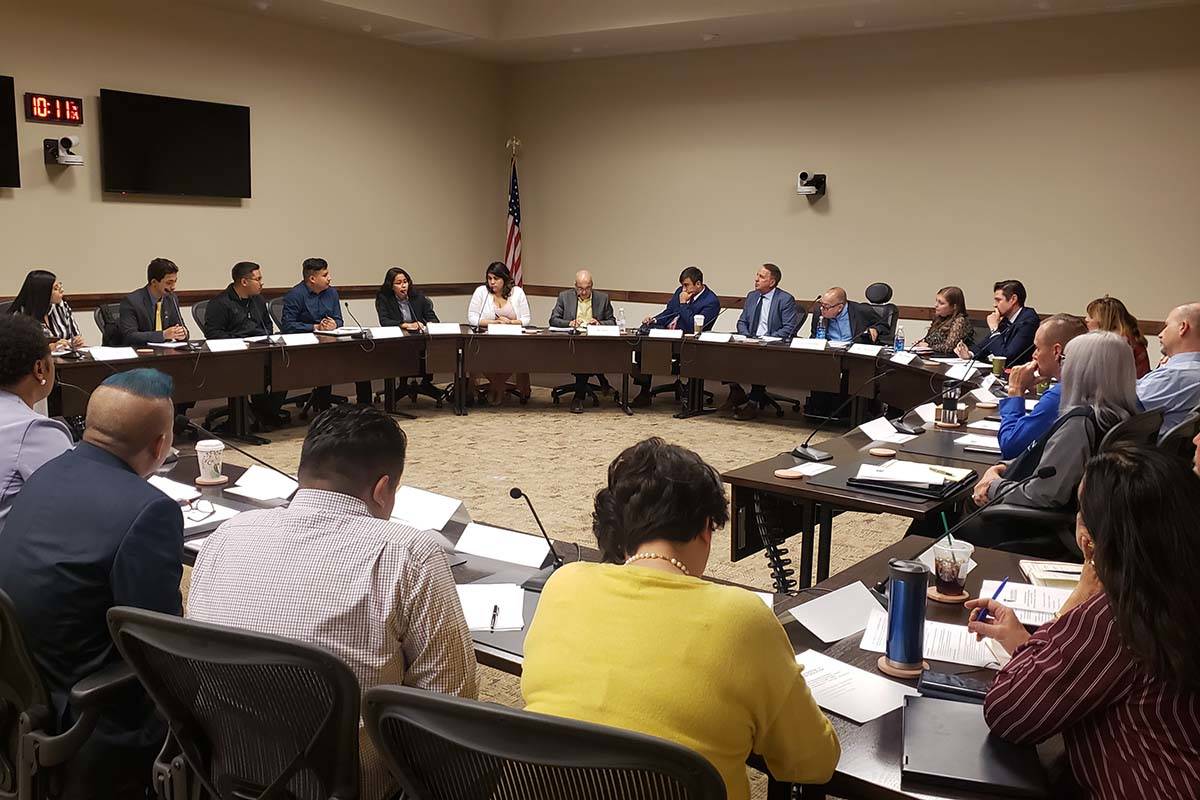 The state’s higher education system is implementing a furlough policy that will affect employees next year due to a COVID-19-related budget shortfall.

The Nevada System of Higher Education’s Board of Regents approved the policy — in effect until June 30, 2021 — during a Friday meeting. The action is to comply with Assembly Bill 3, passed in July by the state Legislature.

Faculty or employees who don’t fall into either category — including part-time workers — will take a proportional amount of furlough time determined by their school’s human resources department.

The furlough policy doesn’t apply to students, including student workers, graduate students and fellows, NSHE Chief General Counsel Joe Reynolds told regents. And it doesn’t apply to employees who work within the state’s classified personnel system since a different state agency will handle implementing furlough days for those workers.

Regent Lisa Levine said she thinks it’s important the board is aware of how the furloughs affect “people in our community,” including some employees who already aren’t making much money but bring incredible value to the state.

She asked if there’s flexibility to have a progressive furlough model where employees who make more money would take on a larger burden. Reynolds said that’s not allowed under Assembly Bill 3.

Faculty will receive information Dec. 1 via the online platform Workday about the total amount of furlough leave they’re required to take, according to the policy.

“Academy faculty may not take furlough leave during instruction times,” according to the policy.

There won’t be any adverse effect to employees who receive retirement or health benefits, Reynolds said.

During its Friday meeting, the board also provided direction for colleges and universities as they prepare budget cut proposals. NSHE must submit the proposals to the governor’s office by Friday.

Earlier this month, Gov. Steve Sisolak asked state agencies to prepare for 12 percent annual budget cuts for the 2021-23 biennium. For NSHE, that’s about $84.9 million per year or $169.8 million for the biennium.

NSHE Chancellor Melody Rose said the budget reduction process is a “very painful and challenging exercise.” She said each campus is looking “deeply and strategically” at options and there’s an extremely compressed timeline to meet the state’s deadline.

NSHE Chief Financial Officer Andrew Clinger told the board direction was needed on a few topics, including which of three budget targets to pursue and whether to continue with a temporary student surcharge.

In April, the board approved the surcharge, ranging from $3 to $8 per credit, for this school year. But during Friday’s meeting, several regents expressed strong opposition to continuing it, saying they can’t put an additional burden on already struggling students and their families.

— Approved amendments to master lease agreements with the Uncommon and Canyon Flats private apartment complexes for the 2021-22 school year to house University of Nevada, Reno students.

The university will lease the complexes for another school year, paying approximately $3.5 million for Uncommon and nearly $6.5 million for Canyon Flats. Insurance will cover the cost of the lease extensions, UNR President Brian Sandoval told regents.

Explosions in July 2019 in Argenta Hall damaged both that facility and Nye Hall, which reopened in August. The explosions, caused by a failure in Argenta Hall’s boiler, injured eight people — six of whom were students.

Originally, Argenta Hall reconstruction was slated to be done in time for fall 2021, but it won’t be completed in time. The new target completion date is July 22, 2022.

— Held a closed session to hear an appeal by Sandra Owens, an associate professor in UNLV’s School of Social Work, after the university terminated her employment.

After returning to open session and two failed motions to impose a lesser sanction, the board decided in a split vote to affirm the charge and terminate her employment.

Details about the nature of the incident weren’t publicly disclosed. A handful of public comments during Friday’s meeting expressed support for Owens.