RJ App
Vegas News, Alerts, ePaper
OPEN
While Ramos Gonzalez is currently fulfilling that dream through her work with bionics, or the design and creation of robotic hands, at the Massachusetts Institute of Technology, she also became one of the first Hispanic women to graduate from UNLV with a Ph.D. in mechanical engineering on Monday. (Las Vegas Review-Journal) 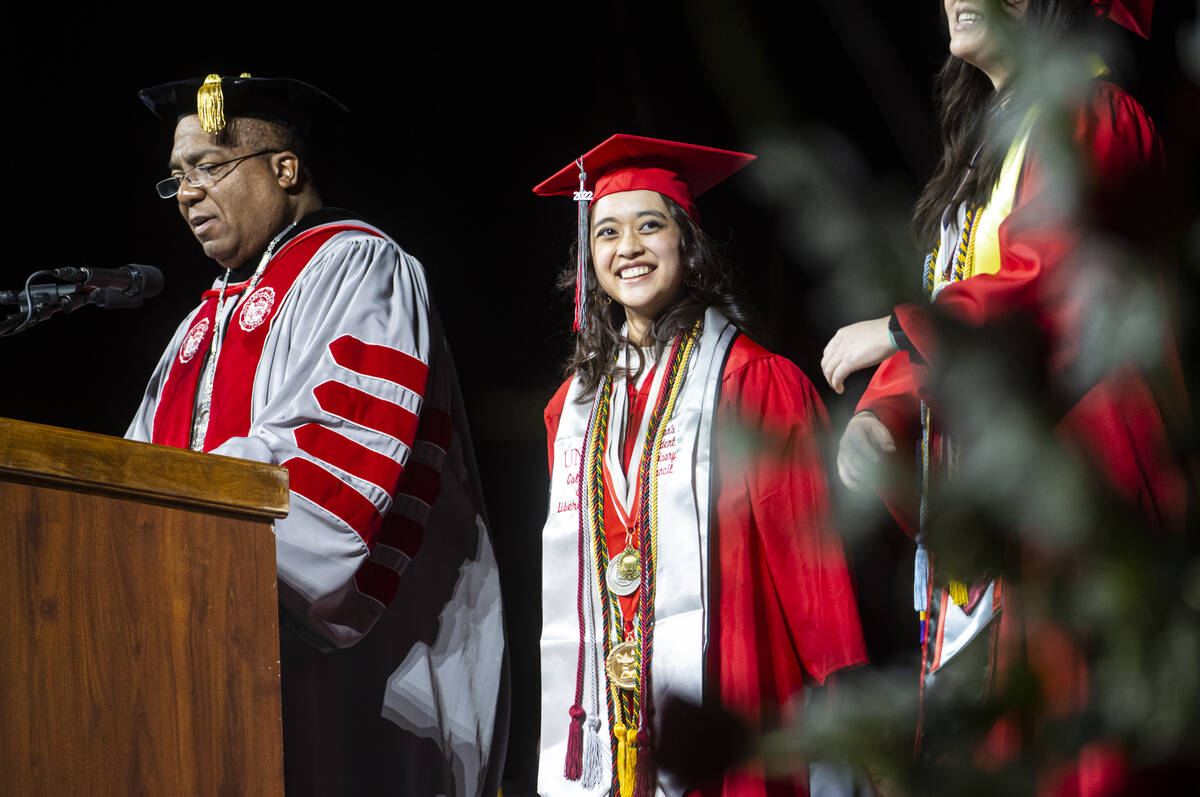 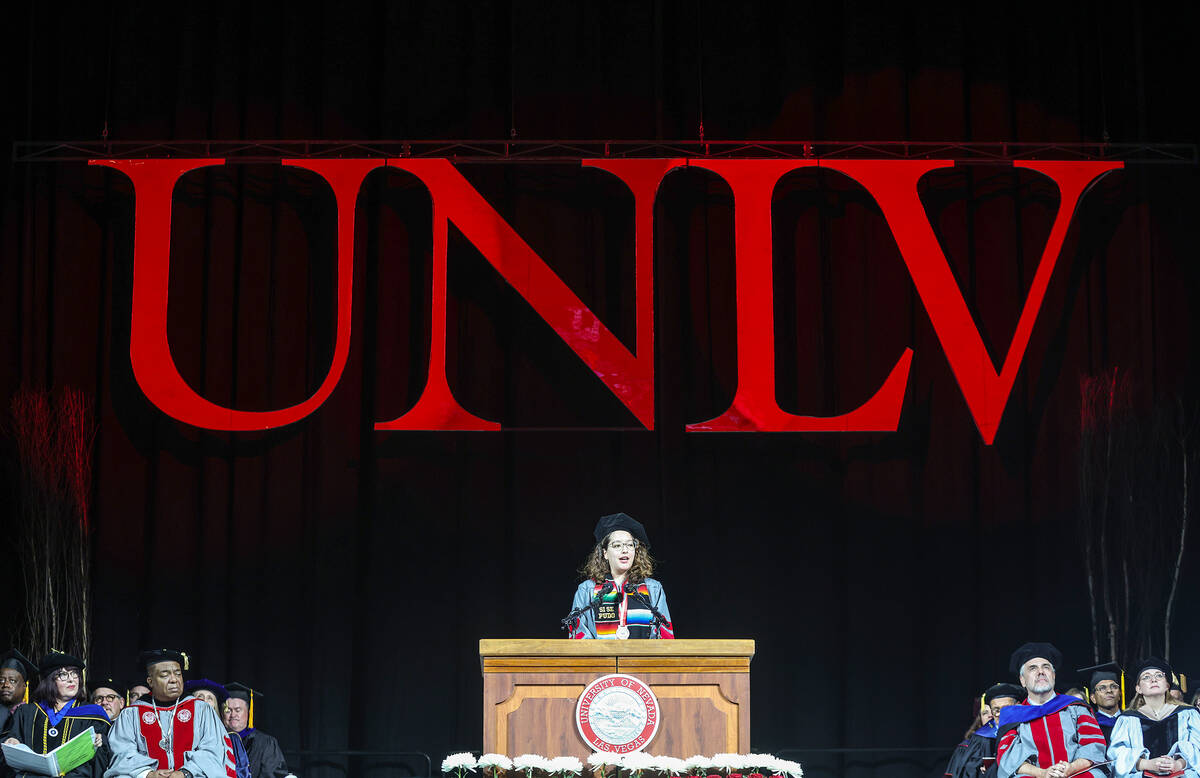 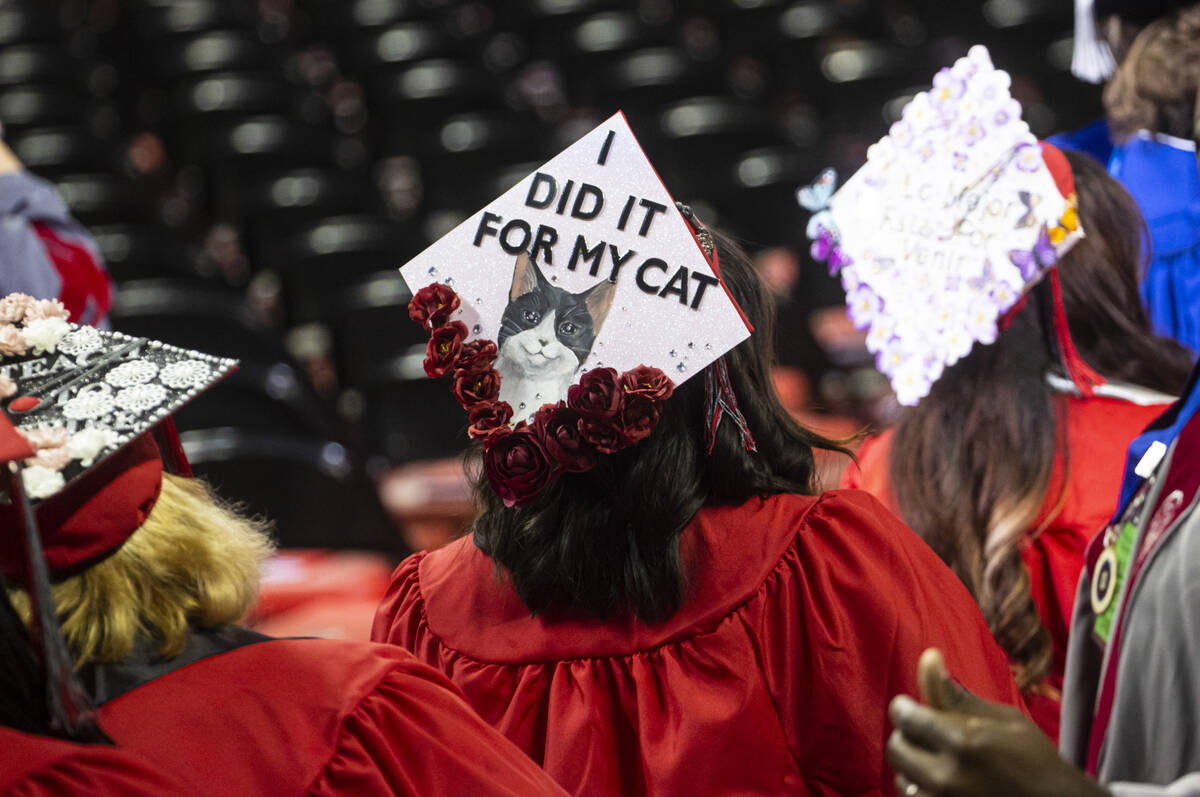 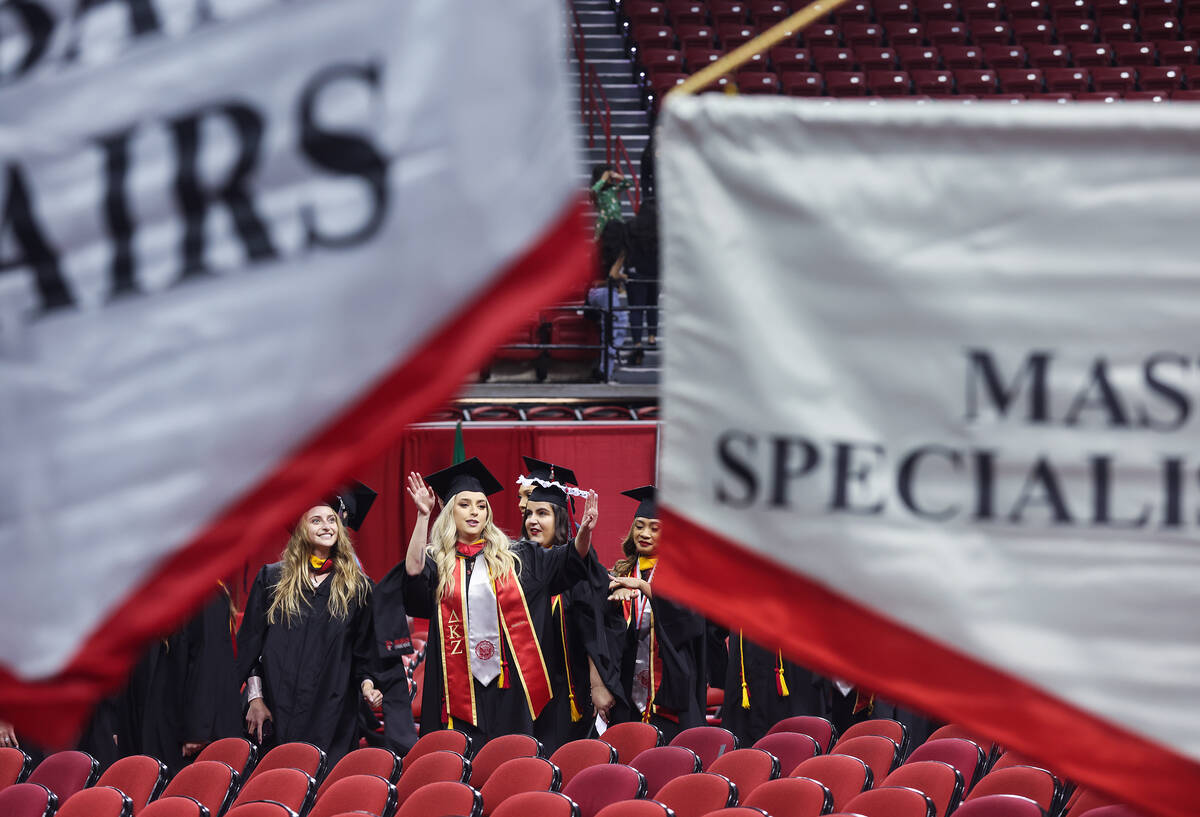 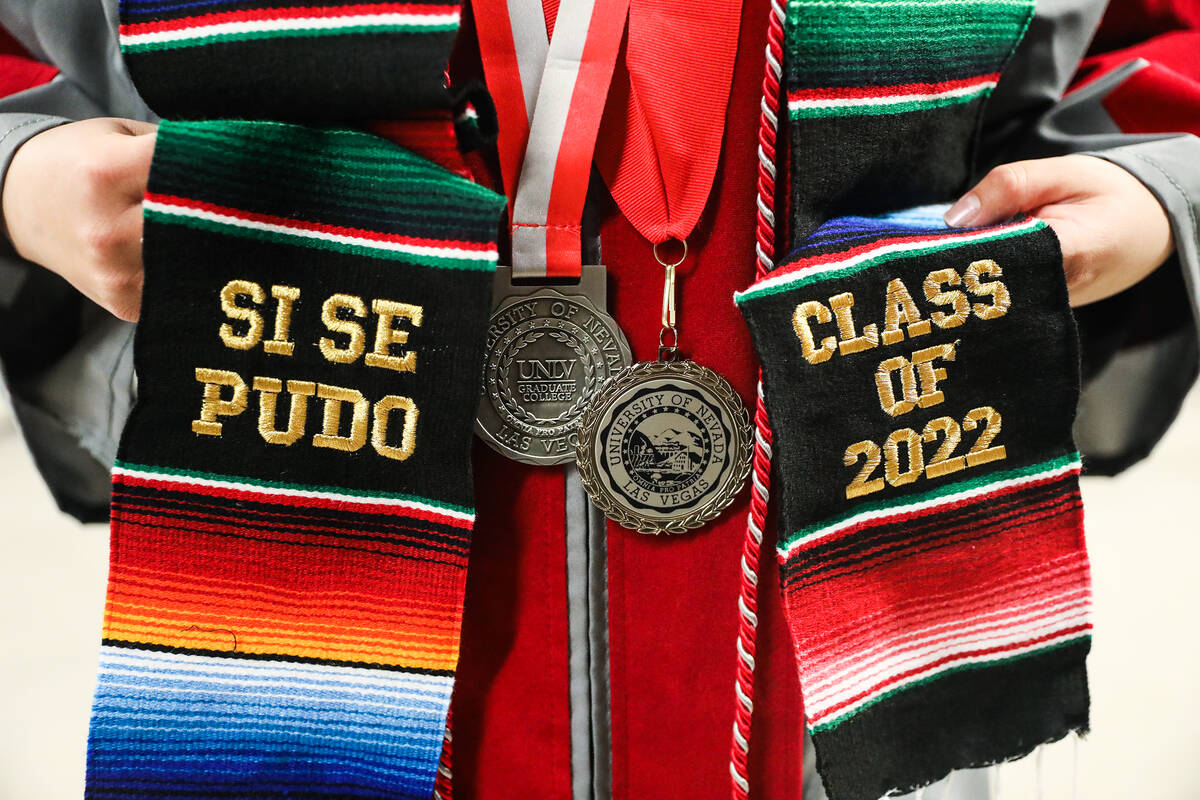 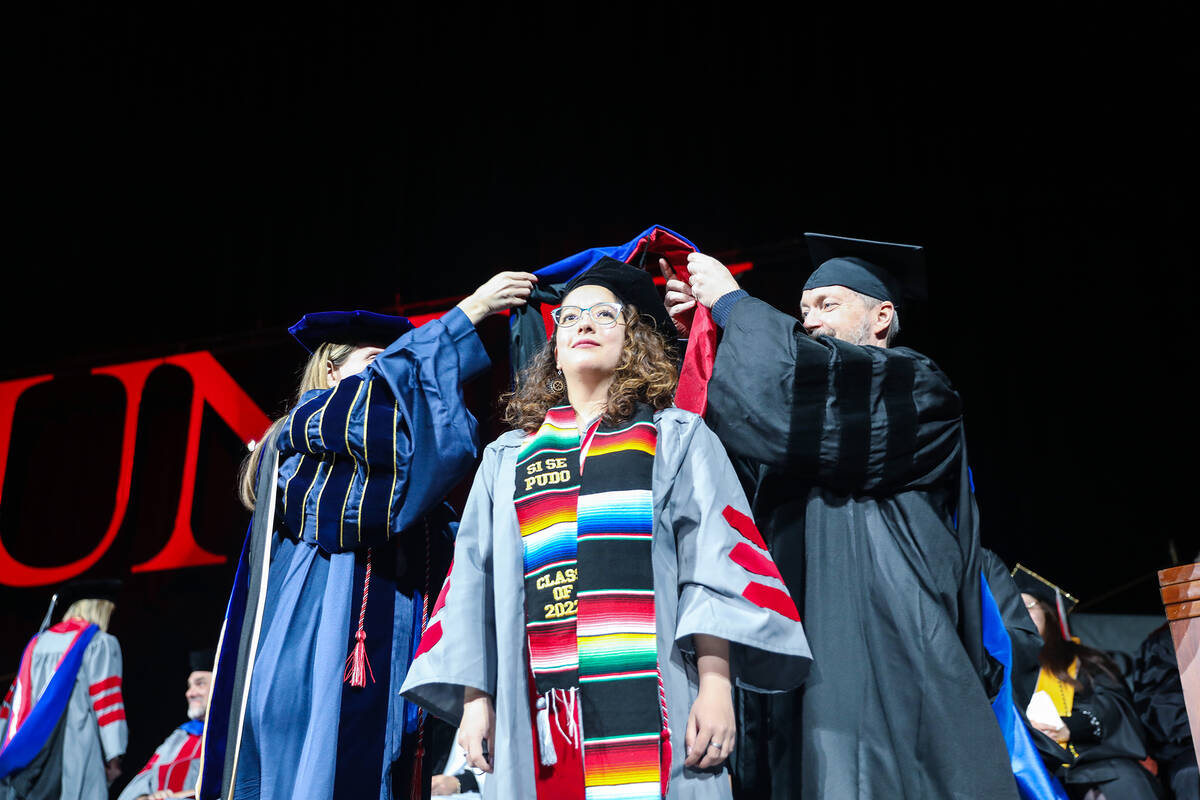 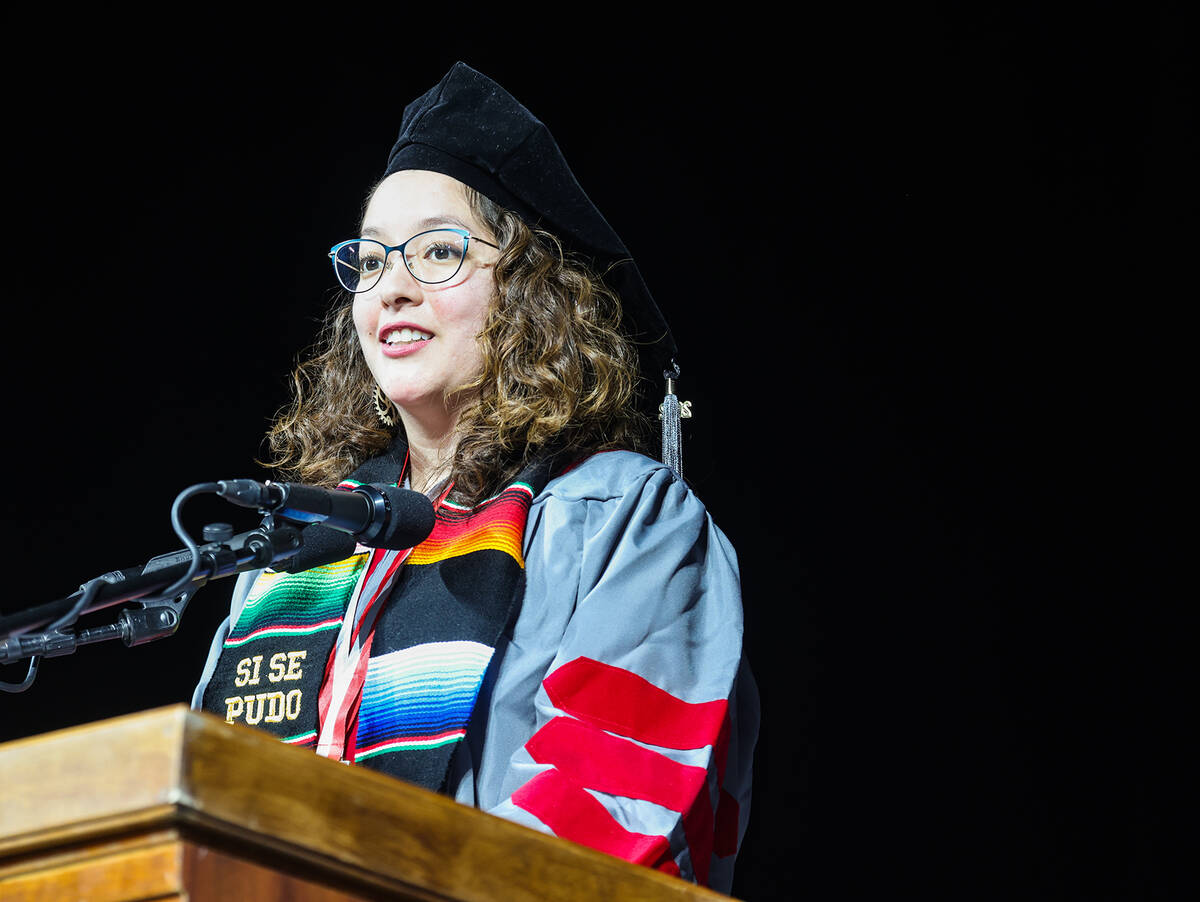 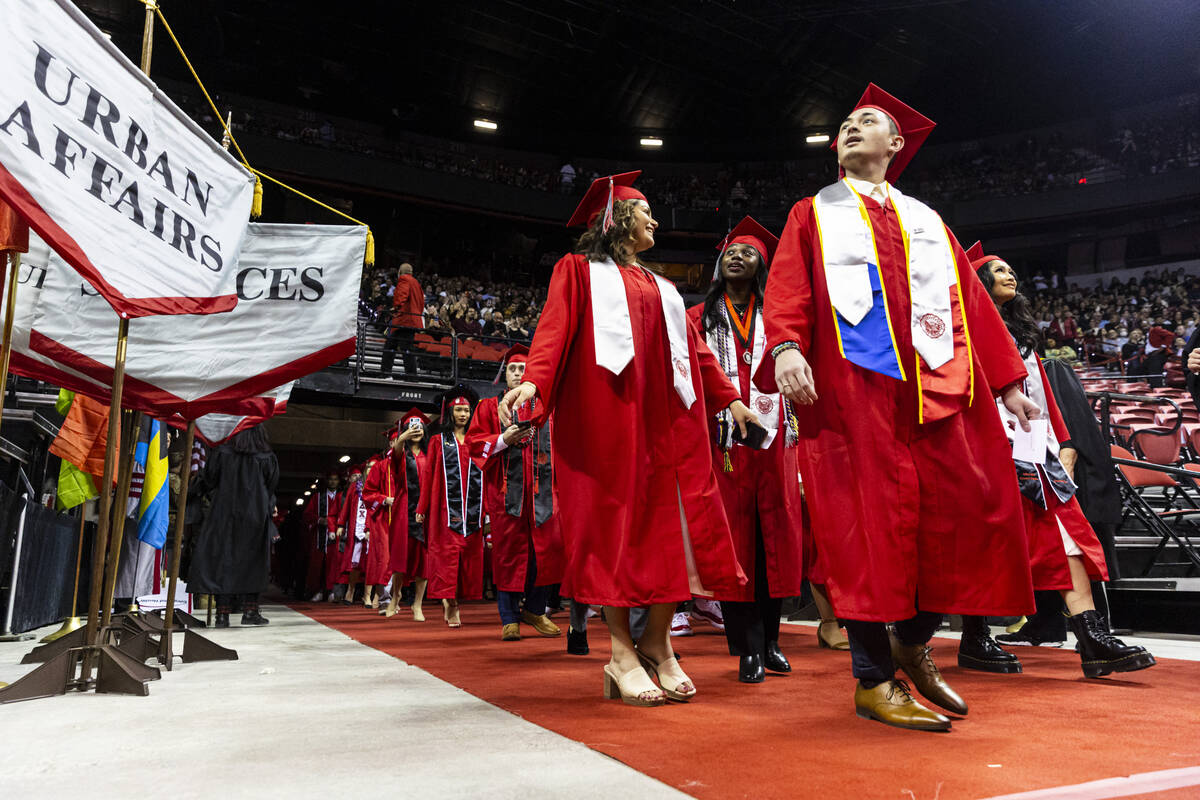 Students proceed to their seats during a UNLV commencement ceremony at the Thomas & Mack Center on Tuesday, Dec. 20, 2022, in Las Vegas. (Chase Stevens/Las Vegas Review-Journal) @csstevensphoto 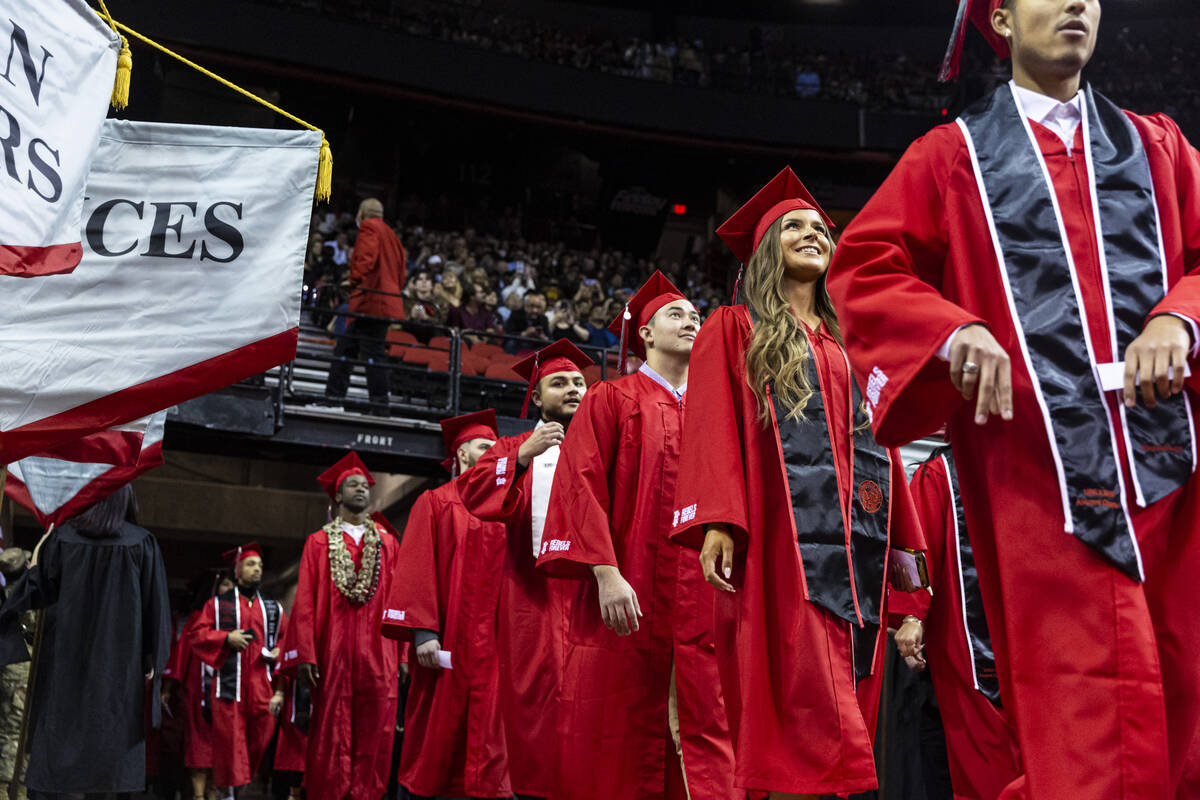 Students proceed to their seats during a UNLV commencement ceremony at the Thomas & Mack Center on Tuesday, Dec. 20, 2022, in Las Vegas. (Chase Stevens/Las Vegas Review-Journal) @csstevensphoto

After watching movies like “A.I. Artificial Intelligence” and “Bicentennial Man” as a kid, Maria Ramos Gonzalez knew she wanted to work with robots.

While Ramos Gonzalez is currently fulfilling that dream through her work with bionics, or the design and creation of robotic hands, at the Massachusetts Institute of Technology, she also became one of the first Hispanic women to graduate from UNLV with a Ph.D. in mechanical engineering on Monday.

In a speech to the student body, Ramos Gonzalez acknowledged the glass ceiling broken by her and Kimberly Gonzalez, the other Latina graduating with a doctorate in the field.

Ramos Gonzalez was just one of the more than 2,300 UNLV undergraduate and graduate students who matriculated during the university’s winter commencement ceremonies this week.

The university’s ceremony for graduate students on Monday, Dec. 19 followed a new trend that the university implemented last spring when it created a separate ceremony for its master’s, doctoral and graduate certificate students for the first time, citing the college’s growing number of graduates.

Among the undergraduates was Tracy Fuentes, an English and political science major who minored in Asian American studies and one of five undergraduate and graduate students who were honored by UNLV President Keith Whitfield during the two ceremonies for their outstanding achievements.

Fuentes, a Filipina who was born and raised in Las Vegas, is one of the 88 percent of UNLV students that are Nevada natives, and the 70 percent who come from an ethnically diverse background.

Like the rest of the Class of 2022, Fuentes found her four-and-a-half years at the university interrupted by a pandemic that forced students to move online, but Fuentes found ways to connect with her fellow students by co-founding an online magazine to give young writers and artists an outlet in the early days of COVID-19.

Fuentes said she and her best friend wanted to create a space where they could share their experiences about growing up Filipina in Las Vegas, where they often experienced issues with fetishization and not seeing their stories represented in media.

The project eventually turned into a space that helped other students publish their work and feel more comfortable with sharing their work with others.

“I get really shy about sharing my work with other people … the magazine helped a lot, because people are more supportive than you think they would be,” she said.

Fuentes said she plans to pursue a Ph.D. in English after graduation, but said Tuesday she was trying to not worry too much about her future as she stood on the cusp of graduation.

“I can’t really believe that it’s here,” she said. “But I’m also just like a lifelong learner. I wouldn’t mind taking classes for the rest of my life, but I’m still really excited for the next step.”

Video of this week’s graduation ceremonies can be viewed online at www.unlv.edu/commencement/live-stream.