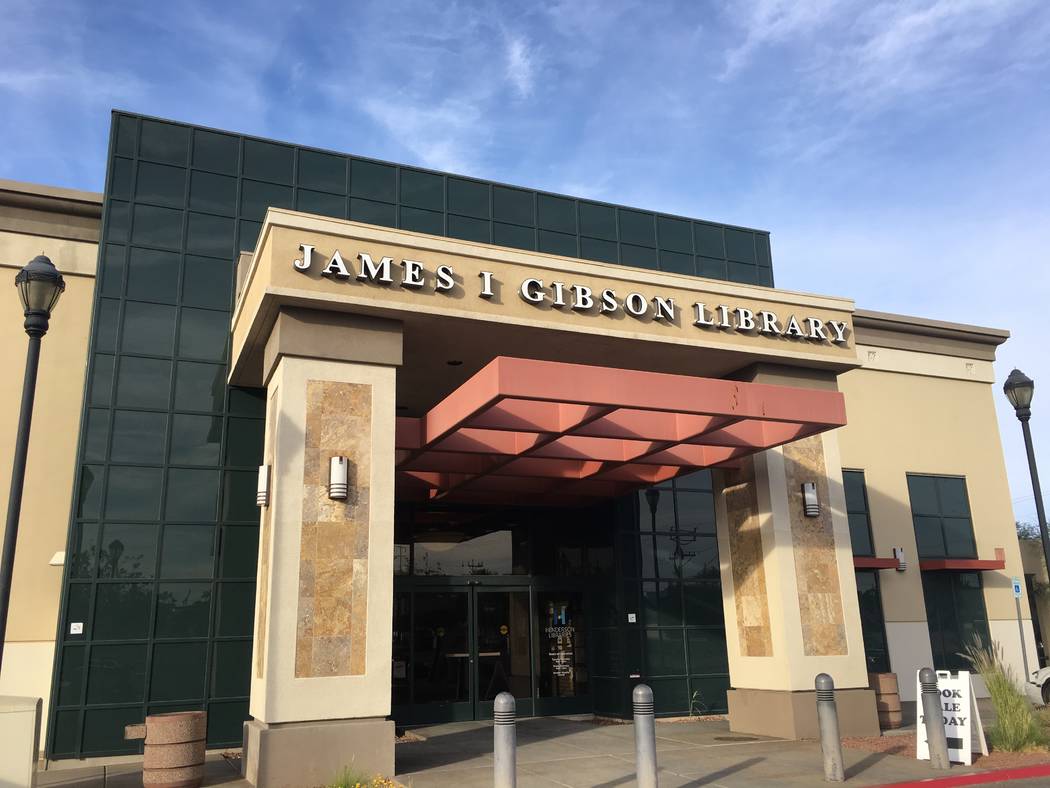 The writing contest's award gala will be held at Gibson Library on Apr. 16. (Diego Mendoza-Moyers/View) @dmendozamoyers

Henderson Libraries is accepting submissions for its Teen Creative Writing Contest at hendersonlibraries.com/teens. The contest is open for students in grades 6-12 and features three categories: poetry, fictional short stories and a memoir or essay.

Green Valley Librarian Christina Terriquez has been helping to organize the annual contest for four years and said it gives students a way to be creative outside school.

“Really, what we’re doing is just trying to encourage the teens to keep pursuing writing, to never stop writing, never stop having their voices be heard,” she said.

The contest will have middle school and high school winners in each category. The submission deadline is Feb. 24.

“I really like writing, and so I thought this would be a really cool opportunity to write something — get my creative juices flowing,” she said. “In school, you don’t get to write a lot of this creative writing or a topic that you really want to write about, and so it was just cool for to me to be able to think outside the box and use techniques I learn in school and apply it to my own writing.”

Allison wrote a superhero short story with an elaborate plot that she had to fit into the contest’s 2,000-word limit.

“I like to write dystopian sci-fi,” she said. “I wrote this kind of superhero story about a girl my age, and she has these lightning powers and she’s trying to take down this villain called the wolf. He’s selling these illegal drugs that have mind-controlling powers.

“I really got the opportunity to not just write a quick one-page, five-paragraph story. I could realize I can write a lot more,” she said.

Terriquez said the contest typically gets 50 to 75 entries, but she expects more this year.