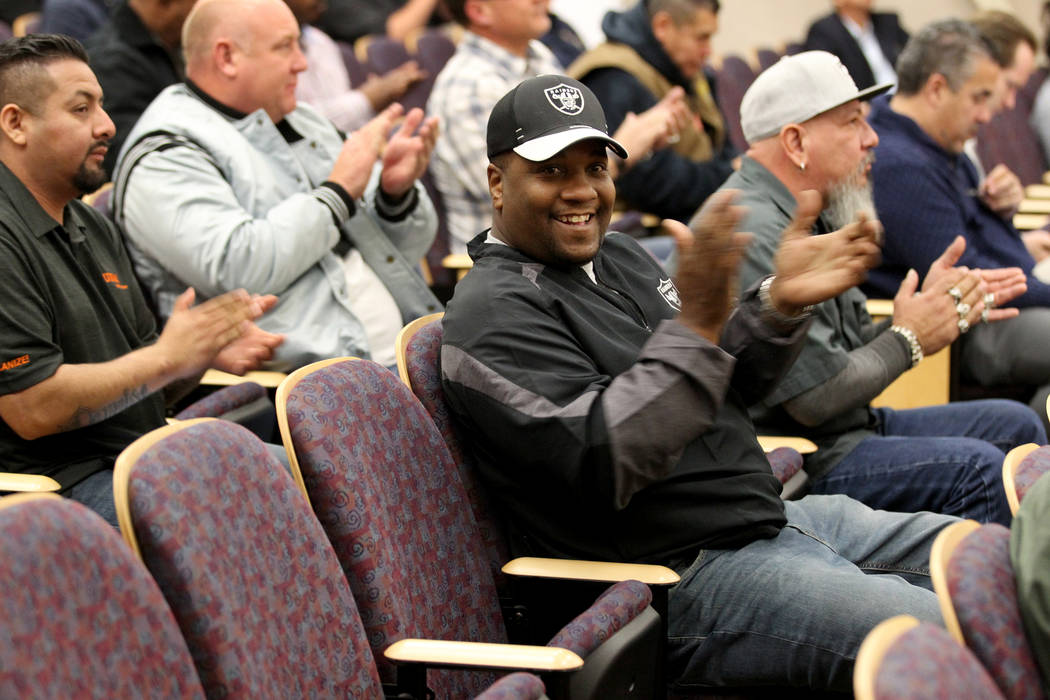 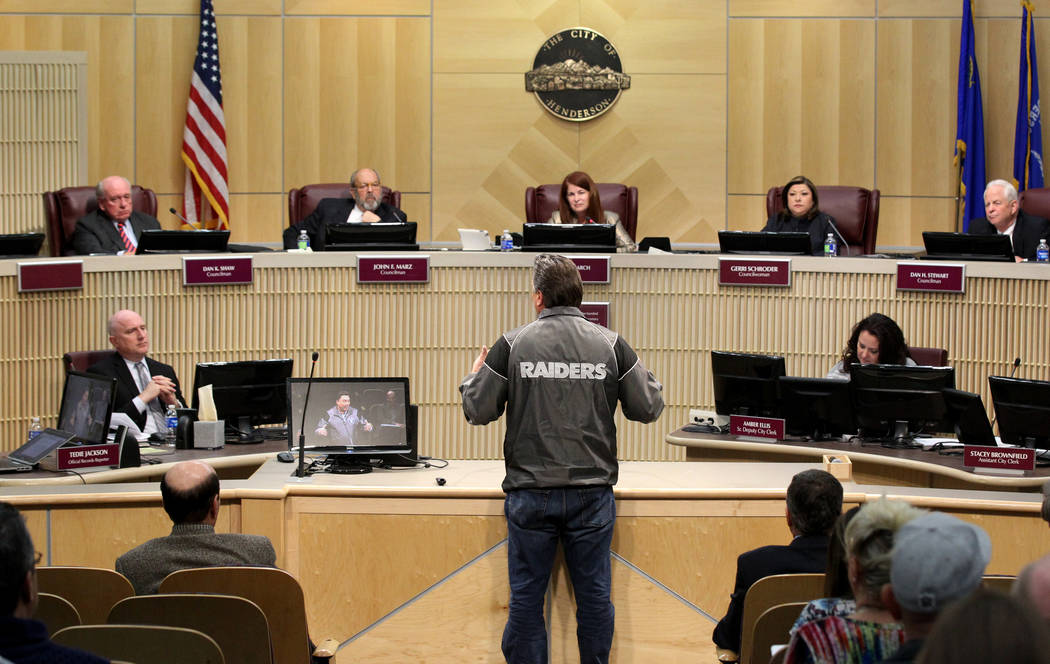 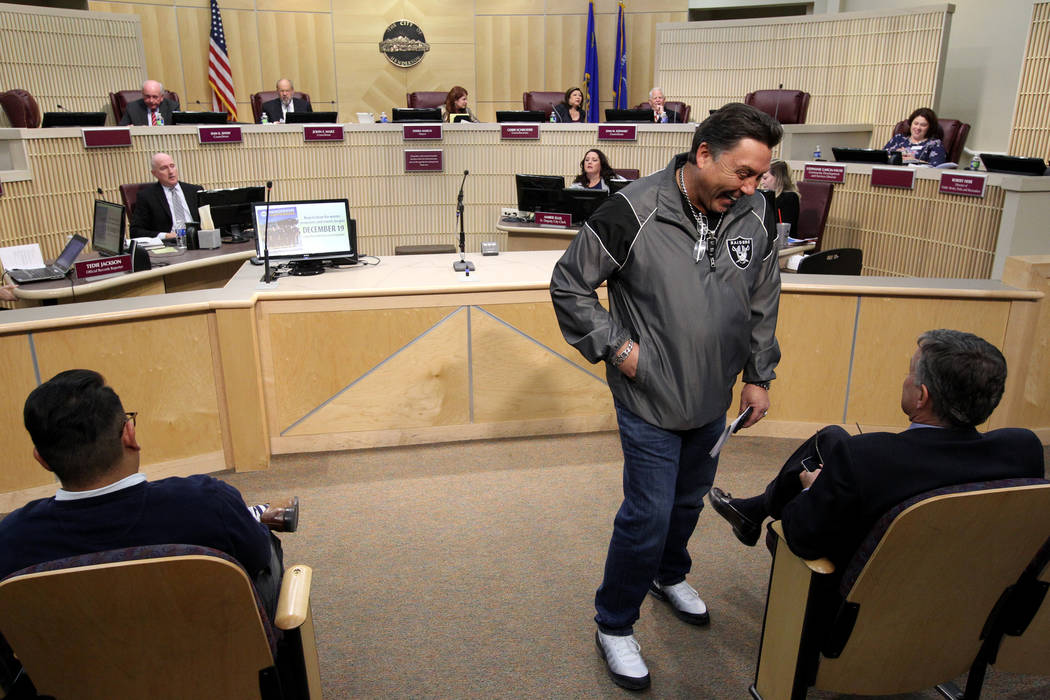 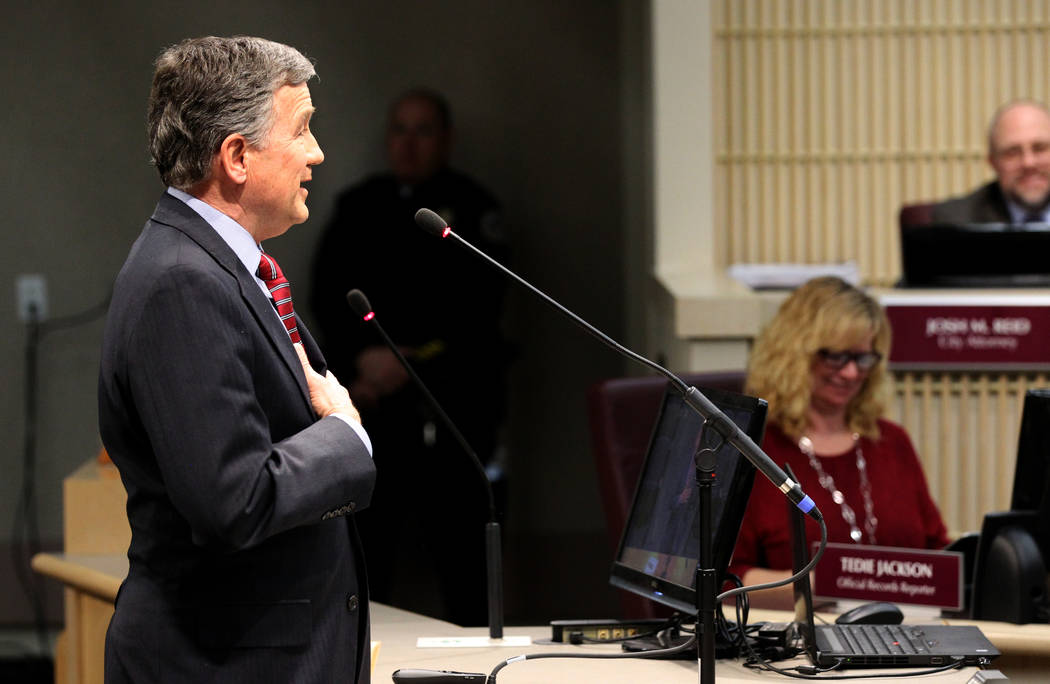 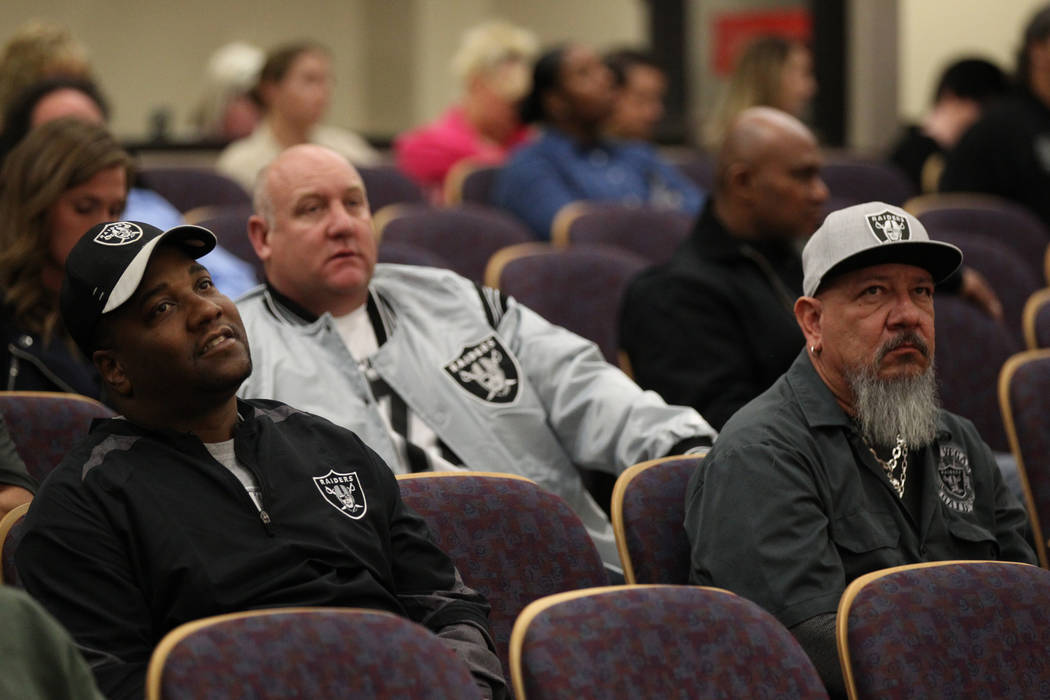 Henderson is one step closer to locking up a deal with the Oakland Raiders for the team’s new headquarters and practice facility.

The Henderson City Council voted unanimously Tuesday to sell 55 vacant acres to the National Football League team for half the land’s appraised value.

Under the agreement discussed during the City Council meeting, the team would pay $6.05 million for the land near Henderson Executive Airport. The land — near the southwest corner of St. Rose Parkway and Executive Airport — has an appraised value of $12 million.

The team’s headquarters and practice facility would be built on the land when the Raiders move to Southern Nevada, according to city documents outlining the sale.

Because of the potential to bring 250 full-time, nonfootball jobs and to generate tax revenue, the city can sell the land for less than the appraised value, according to its city charter.

The project’s developer told city officials they would spend about $75 million building the team’s practice facility headquarters, excluding the land price, and it would create an estimated 250 full-time jobs for nonplayers.

“This is an opportunity to take the city of Henderson to a new level,” Assistant City Manager Greg Blackburn said during the presentation. “It’s hard to put a dollar value to what this does to help us for the future. It will help accelerate the development in west Henderson and will give Henderson an advantage on future economic opportunities.”

Henderson Economic Development and Tourism Director Barbra Coffee called the project a “game-changer” for the community. She said it would help accelerate the building of more than 600 acres of undeveloped land — including the Raiders area — in west Henderson.

Blackburn said construction of the first phase alone would generate $13.8 million over a 30-year span in property and personal property tax.

“This is a big step in diversifying the community,” Councilman Dan Shaw said. “It stabilizes our economy, our workplace and puts us on the map for all kind of economic development.”

A few residents expressed concerns about the possibility of the Raiders suddenly deciding not to build their practice facility in Henderson.

“The Raiders have been Gypsies over the years, starting in Oakland, then moving to El Segundo (LA) for a few years, then back to Oakland and now Las Vegas. Where to next?” wrote Henderson resident Adrian Woodhouse in an email to the City Council.

Although the resolution was approved, the council has to vote again Feb. 6 to give the offer final approval. If approved, a likely groundbreaking would be in April or May, city spokesman David Cherry said.

Henderson Mayor Debra March added that she expects a huge return for the investment the city is making.

“We’re at the 20-yard line and have an opportunity to kick it home,” March said.