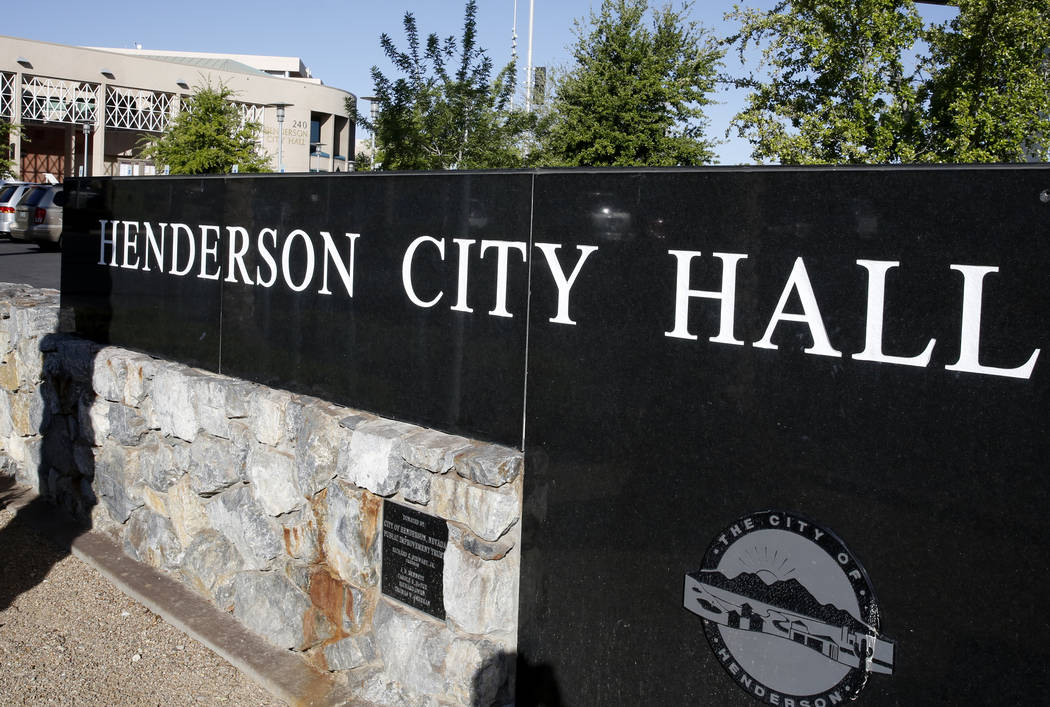 City officials will weigh three proposals to develop 279 acres near the future home of the NFL’s Raiders. The land, which has a market value of nearly $27.4 million, is located south of the intersection of Via Inspirada and Volunteer Boulevard. (Bizuayehu Tesfaye Las Vegas Review-Journal @bizutesfaye)

A west Henderson land deal scheduled to be in front of the City Council on Tuesday is expected to bring thousands of jobs to the city.

City officials will weigh three proposals to develop 279 acres near the future home of the NFL’s Raiders. The land, which has a market value of nearly $27.4 million, is located south of the intersection of Via Inspirada and Volunteer Boulevard.

“We’ve been in a good economic cycle, investments are being made by the development community as well as end users, and so there was an interest in this property because it’s greatly positioned for success when you’re looking at employment and logistics and transportation,” said Barbra Coffee, the city’s director of economic development and tourism.

Two companies, MatterPanattoni and PEGH Investments, offered the market-value price for the land, but one company, Scannell, offered nearly $39.5 million for the property. All three companies have plans to develop the area for industrial use.

Henderson stands to gain nothing from merely accepting the highest bid because the city controls the land for development only. Money from the sale of the land will go back to the federal government, Coffee said. The city will benefit from the economic impact of development in the form of employment and tax revenue.

Coffee said city leaders have made a push to diversify Henderson’s economy with high-paying jobs, and development of the west side of the city creates an opportunity to delve into the industrial sector. Overall plans for west Henderson include a mix of residential, commercial and industrial development.

Regardless of which developer the council selects, Coffee expects the project will bring more than 4,000 jobs.

Scannell’s proposal includes plans to bring in an unidentified Fortune 500 company and start construction on a $50 million, 1 million-square-foot building this summer. The plans call for construction of that building to be complete the following summer. A second phase would bring additional distribution buildings. The proposal did not detail plans for the third phase.

PEGH proposed a multiphase plan, with the first being three buildings for use by Haas Automation, a California-based machine tool builder. The new facility would include more than 2.3 million square feet of warehouse and manufacturing space and offices and showroom space for the company.

The second phase includes construction of up to 20 buildings, depending on demand, followed by a third phase that includes tentative plans for retail space, warehouse space and some flex-building uses.

MatterPanattoni, a joint venture between two real estate companies, proposed a mix of industrial and commercial use. The six-phase plan would create more than 4 million-square-feet of usable space at full build-out, according to the proposal.