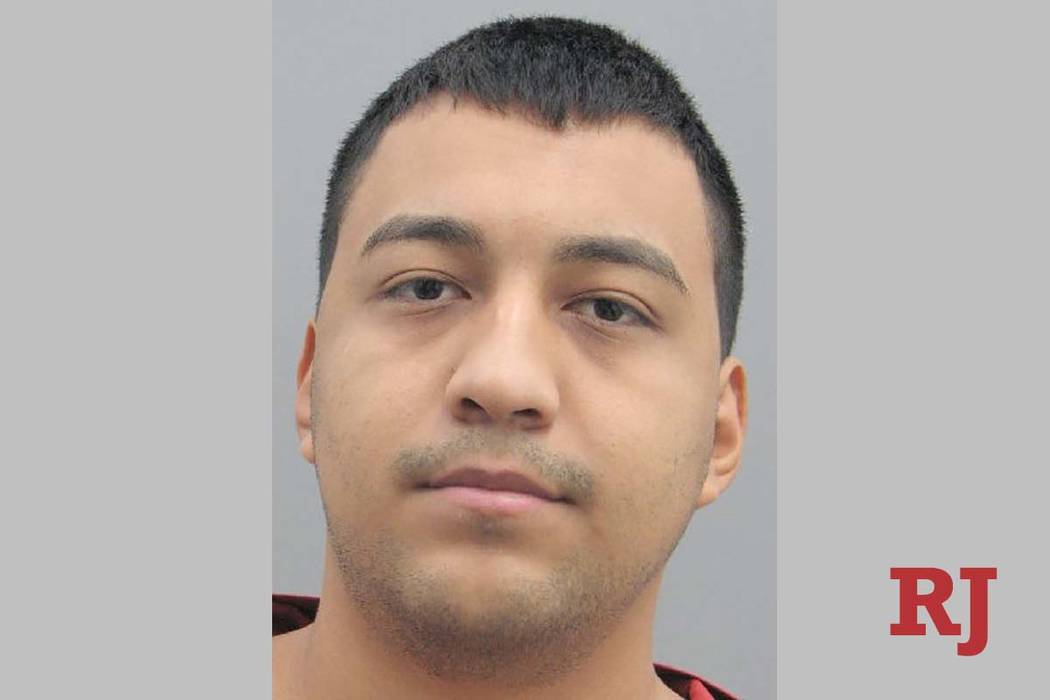 A 22-year-old Henderson man and Navy member was charged with multiple counts of extortion after coercing girls as young as 14 to send him nude pictures through Snapchat, according to arrest reports.

Authorities began investigating in April, when a woman told Henderson police that her daughter sent nude pictures to a man over Snapchat, a picture-sharing phone application. The man then threatened the girl until she sent more, the report said.

Soto was arrested July 25 at Nellis Air Force Base, where he was training to be a Navy master-at-arms, according to the report. It was unclear Thursday how long Soto had worked at the base or what his enlistnment status was.

After his arrest, Soto reportedly admitted that he was the person behind the Snapchat account used to solicit photos of teenage girls. A search warrant for information from the account led investigators to additional victims.

Sotos was again arrested Oct. 16 after being charged with additional counts. Like in the first case, he was released on house arrest; the conditions of his bail were that he have no contact with minors and no internet access.

Using the username “nudebooties1,” Soto would randomly “friend” girls on Snapchat and offer to pay hundreds to several thousand dollars for nude pictures. Once the girls sent pictures, he would refuse to pay and “threaten them, that if they refused to comply with his demands, he would publicly post their images and send them to their friends and family members,” according to two arrest reports.

At least two of the girls were as young as 14, and another said she had been threatened into sending Soto pictures for two years, an arrest report said. He reportedly continued asking the girls for pictures after they told him they were minors.

He also allegedly asked if they had friends or siblings “as young as 13” who would be willing to send pictures. Detectives said they found messages between Soto and at least two other people who were talking about trading pictures of the victims.

Investigators in the first case traced the Snapchat account to Soto through the email address associated with the account and phone records.

Detectives also traced an IP address that Soto used to access the account to Hites Funeral Home in Henderson, where Soto worked as a “removal tech” who took bodies from homes, the report said.

Investigators in the first case found 21 girls who were approached by Soto, 10 of whom sent photos. The second case identified nine additional girls who sent pictures and one who was threatened, the reports said.

A preliminary hearing is scheduled for Dec. 10, court records show.