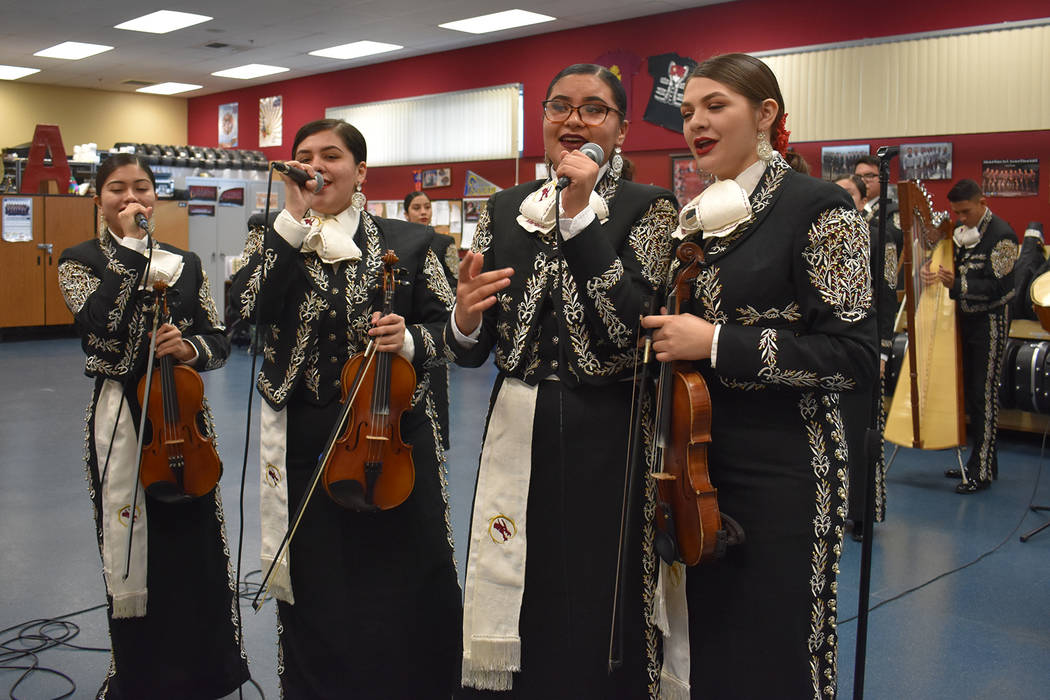 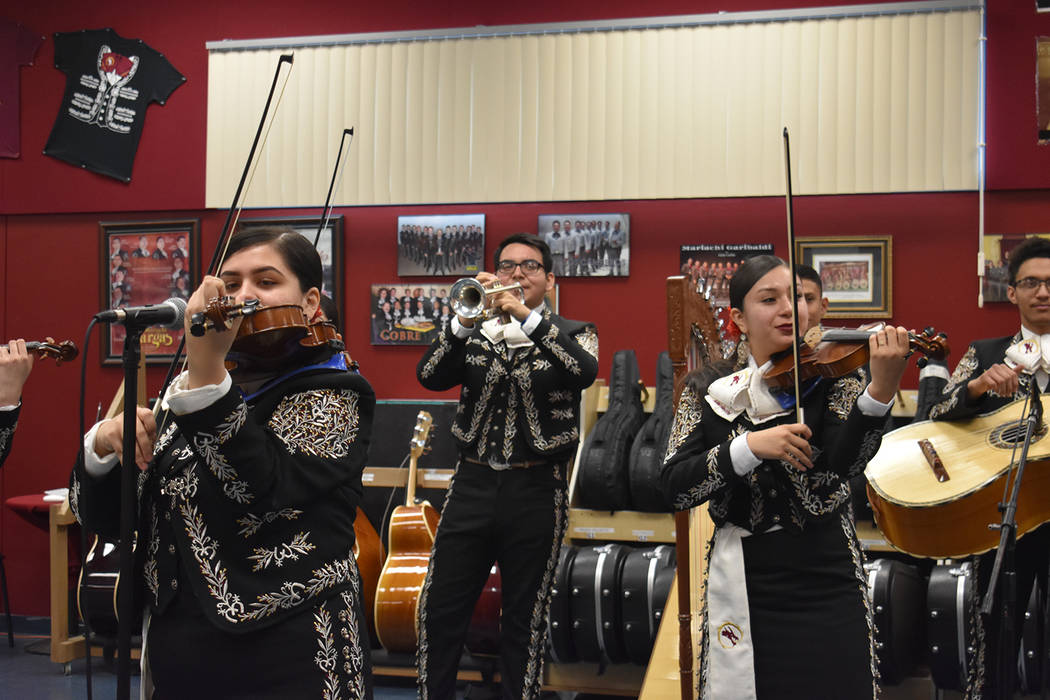 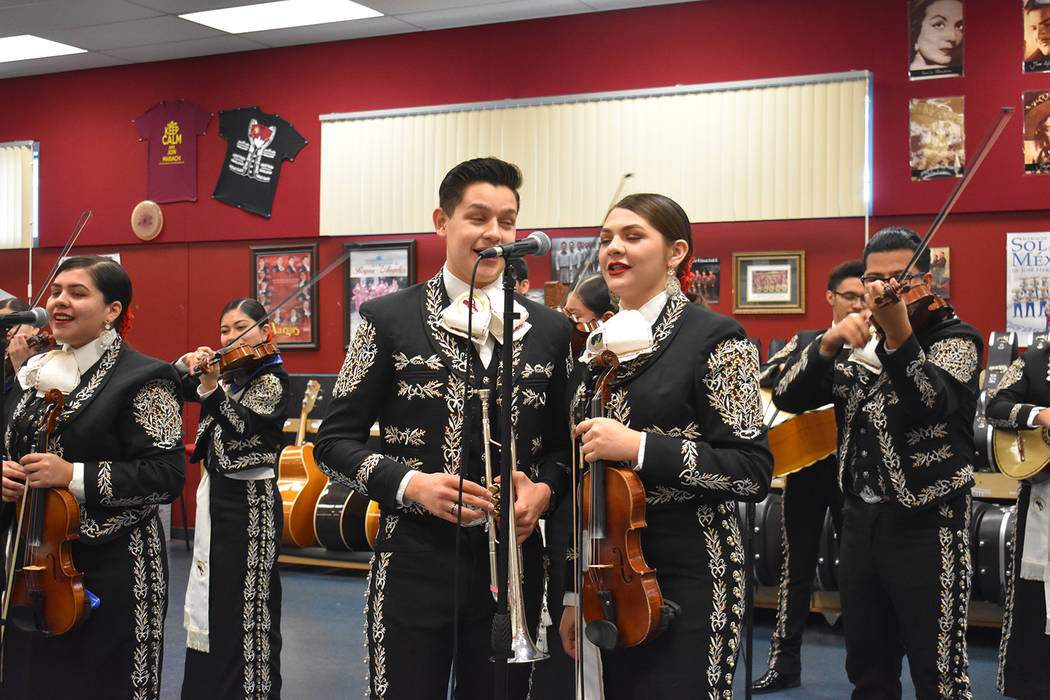 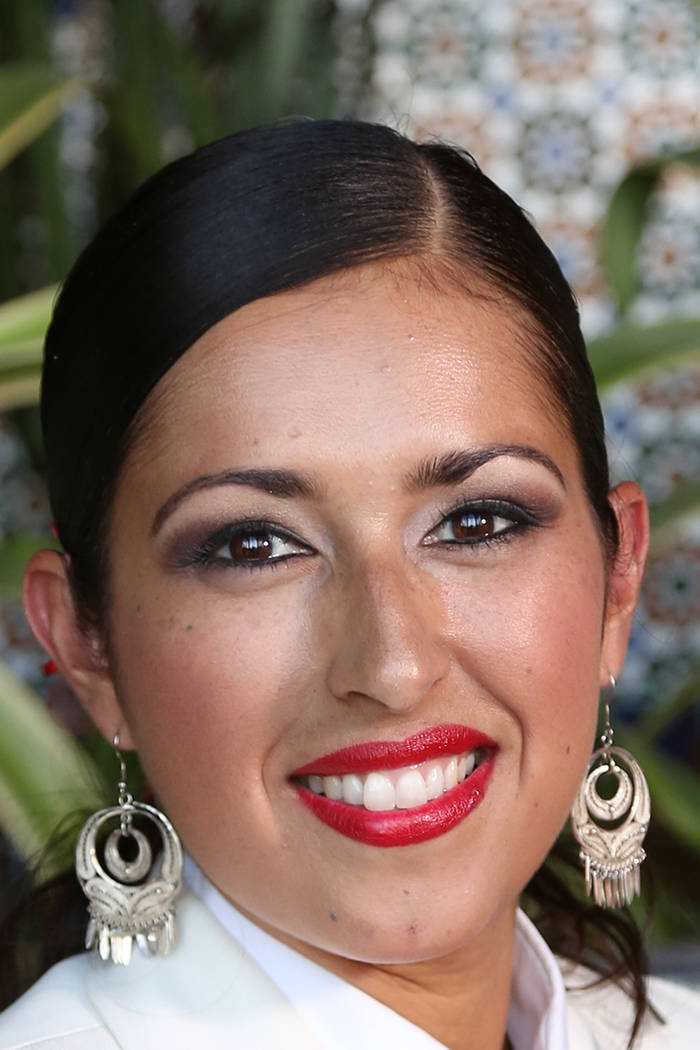 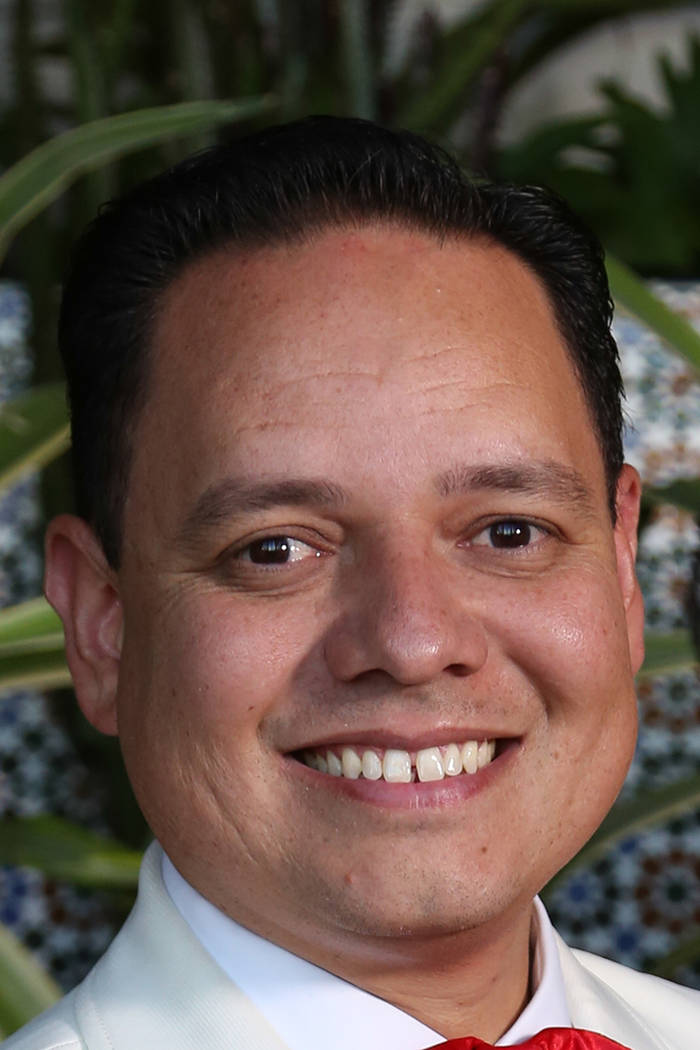 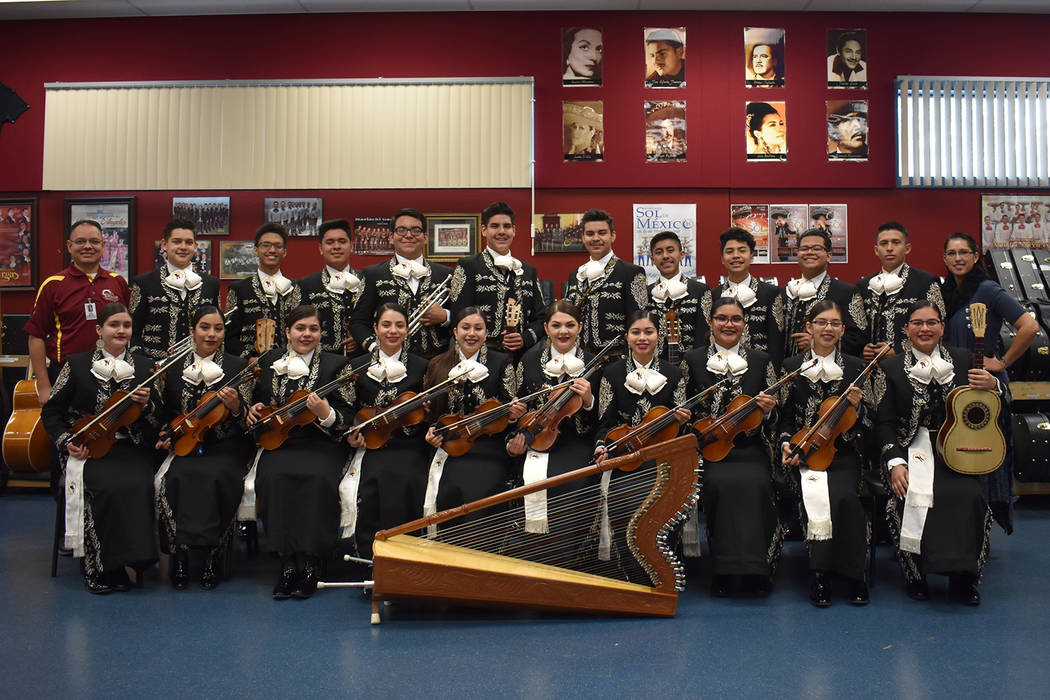 Haley Tiznado’s left fingers move rapidly on the neck of her violin, as her other hand moves the bow gracefully over the strings. She tilts her head back slightly and begins singing into a microphone with two other young mariachi performers. While playing, she is brought back to her roots in Nayarit, Mexico.

Her uncles are mariachi musicians, and she said mariachi music is always playing at birthday parties and family gatherings. Tiznado’s brother started playing mariachi when he was in middle school; she would see him going to school with his guitar and wanted to do the same thing.

Tiznado, a Del Sol Academy of the Performing Arts senior, learned to play violin when she was in middle school and joined the Del Sol mariachi group three years ago.

Married teachers Guadalupe and Fernando Gonzalez have run the mariachi program at Del Sol for nine years — since hearing positive things about the Las Vegas area’s mariachi scene and uprooting their family from Southern California.

“Mariachi is poetry, storytelling and art,” Guadalupe said, adding, “The beauty of mariachi is that it transcends through all cultures and socioeconomic backgrounds.”

Guadalupe grew up surrounded by mariachi music in La Puente, a Los Angeles suburb, and has been playing since she was 8. Her father was a self-taught mariachi musician.

“While teaching mariachi in California, I fell in love with being able to teach what I enjoyed doing, what was my passion,” Guadalupe said.

“Once you get bit by the mariachi bug, you don’t want to do anything else,” Fernando said.

For several of the students, like Tiznado, mariachi music has been passed down from earlier generations.

Ruben Villegas, a senior at Del Sol, followed his older sister through the mariachi program. She was taught how to play guitar by Villegas’s father, a mariachi musician. Villegas chose trumpet when he was in sixth grade, saying he’d fallen in love with the sound.

Fernando said it’s good to see Del Sol perform well in competitions, but the program is about something much simpler.

“There is always a sense of pride and an amazing feeling when you perform for other people,” he said.