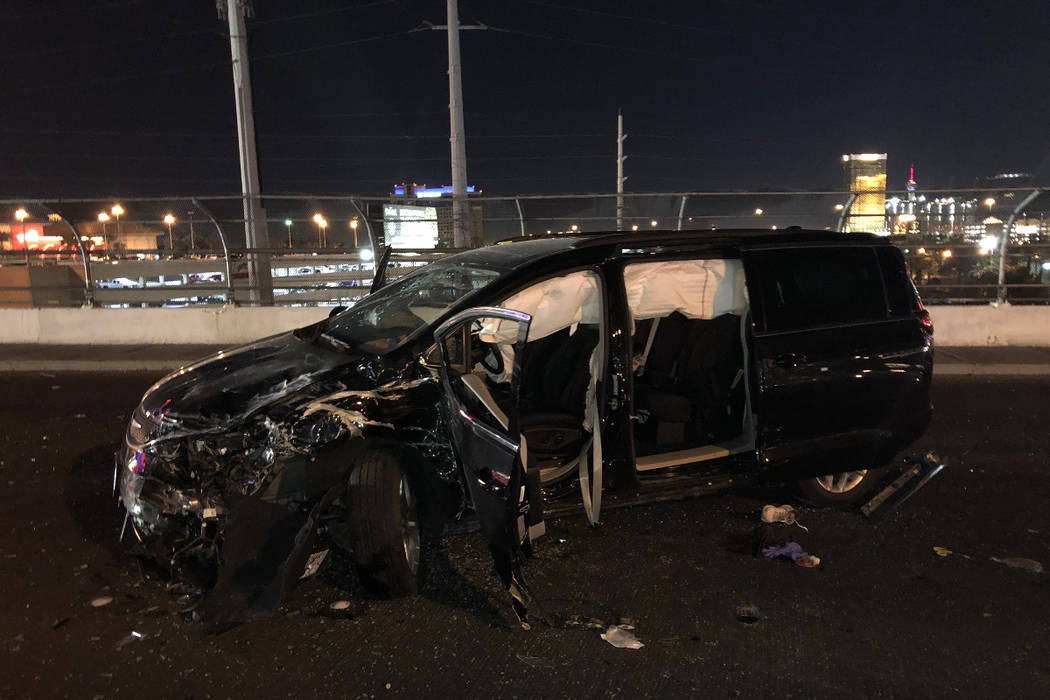 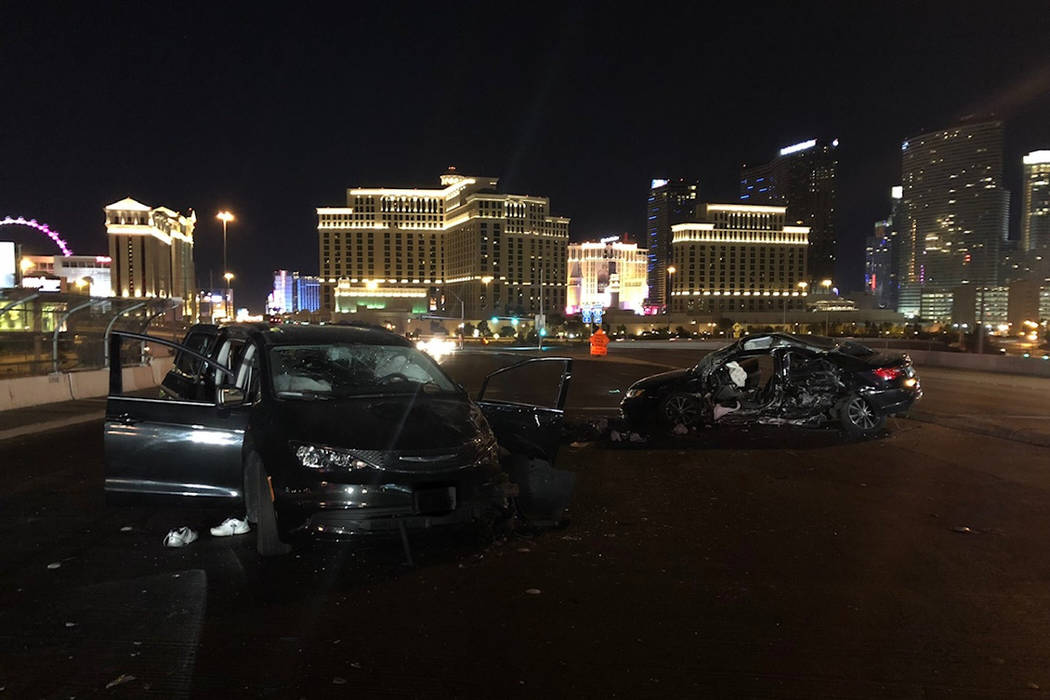 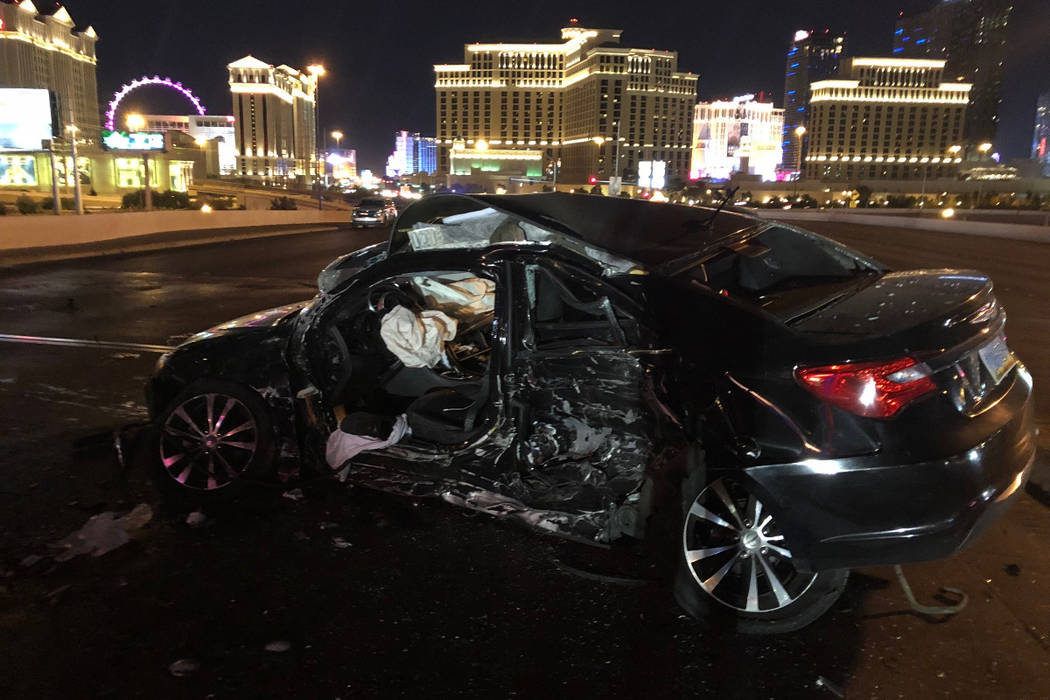 One man is dead and three other people were injured after a late Wednesday night crash in the central valley.

About 11:30 p.m. a Chrysler 200 sedan crossed the center median on westbound Flamingo Road near Interstate 15 and was struck by a minivan traveling eastbound, Nevada Highway Patrol spokesman Jason Buratczuk said.

The man who died was not wearing a seat belt, Buratczuk said. As of November, unrestrained driver deaths in Clark County are up 30 percent from last year.

As of 2 a.m. Thursday it wasn’t clear if impairment was a factor in the crash, but investigators believe the Chrysler sedan was speeding.