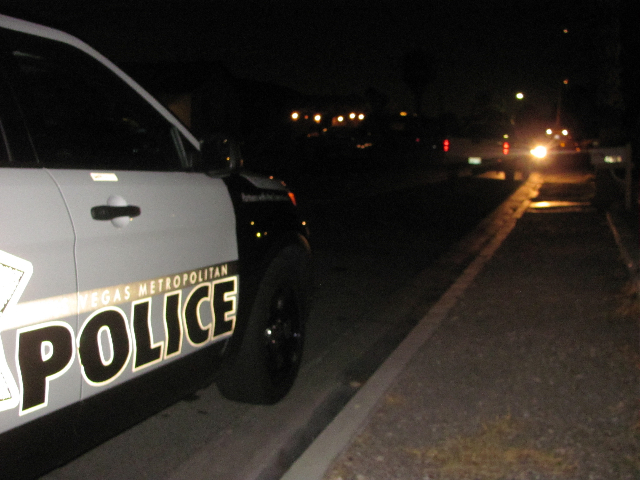 Police work near a house on East Welter Avenue after a 4-year-old boy was taken to Sunrise Hospital after being left alone in a hot car on Thursday, Aug. 27, 2015. The boy died. Greg Haas/Las Vegas Review-Journal. Follow @RJgreg09

A 4-year-old boy who died after being found in a hot car had been there at least two to three hours, Las Vegas police said Friday.

The car was parked Thursday in a residential area in an east valley driveway with the windows up, Metro said in a news release. The child had been accidentally left in the car.

He was identified by the Clark County coroner’s office as Seth Franz, of Las Vegas.

Seth was found unresponsive about 6:30 p.m. Thursday in the 4600 block of Welter Avenue, near the intersection of East Sahara Avenue and Nellis Boulevard, police said. He was taken to Sunrise Hospital and Medical Center where he was declared dead.

Police said Seth’s grandfather was running errands and forgot the boy was in the car. It wasn’t immediately clear if the child was asleep or in a car seat, Metro officer Laura Meltzer said.

The death remains under investigation.

It’s unclear whether the Clark County Department of Family Services is involved in the investigation. County spokesman Erik Pappa on Friday said department officials “don’t comment on the matter.”