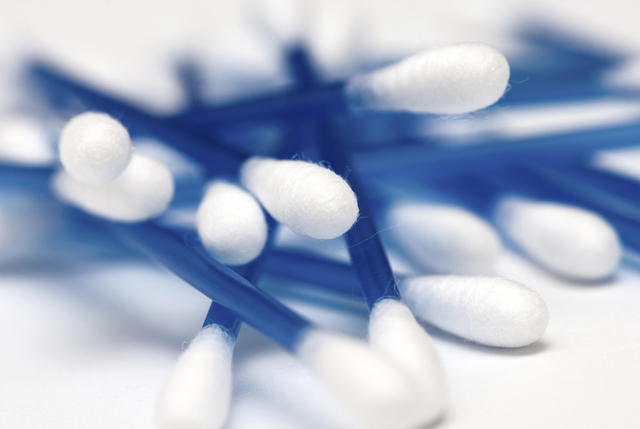 Las Vegas is part of a national backlog of rape kits in police storage that often go untested for years, according to a group that tracks the data.

Only 846 of 5,231 rape kits Las Vegas police collected from 2004 through 2013 have been examined in Metro’s laboratory, according to the Joyful Heart Foundation. That comes out to about 16 percent tested, with 4,385 left alone.

Rape kits, sometimes called sexual assault forensic evidence — or SAFE — kits, are used to collect DNA evidence. They can include physical exams, thorough medical histories and the collection of hair, urine, blood or other bodily fluids.

Untested rape kits have become a national focus, and estimates say there could be hundreds of thousands that haven’t been examined. Congress approved a law in 2013 to make grants available for local governments and police to audit backlogs and to ensure timely DNA collection and examination in sexual assaults. Proponents of rape kit testing say it will help lead to more closed cases and more closure for victims.

The Joyful Heart Foundation got its data through public information requests. It uses the numbers to point out that the backlog deserves a national response, not to criticize local law enforcement, according to Sarah Tofte, the foundation’s vice president of policy and advocacy.

“If you care about something enough, you will track it,” Tofte said in a phone interview.

Tofte also said sexual assault investigations require cooperation. Those involved will need to come up with a plan to cut the number of untested kits and reflect on the results to provide justice.

Clark County District Attorney Steve Wolfson could not be reached for comment.

But advocates offered perspective on numbers and testing.

“The good thing about finding the number in Las Vegas is that now we can solve the problem,” said Natasha Alexenko, who founded Natasha’s Justice Project in 2011. “The most difficult step in the process has already been accomplished.”

Her organization is part of a coalition called the Rape Kit Action Project, which was formed to help lawmakers establish statewide policies on the counting and testing of rape kits.

Alexenko, who describes herself as a sexual assault survivor and a survivor of the rape kit backlog, said part of the problem is money — the cost of testing a rape kit ranges from $500 to $1,500.

But, she argues, the costs to society and sexual assault victims of not testing “is far greater than any costs associated with testing a rape kit.”

Alexenko was raped at gunpoint in New York City in 1993, but her rape kit was not tested until 2003. Her rapist, Victor Rondon, was arrested in Las Vegas in 2007 and is now serving a lengthy prison term in New York.

“If my rape kit had not been tested, Victor Rondon would never have been identified and could very well still be running around the streets of Las Vegas, creating a public safety issue,” Alexenko said.

She said her case illustrates the need to reduce backlogs throughout the country, because “rapists cross borders.”

Alexenko noted that other cities have larger numbers of untested kits than Las Vegas.

Daniele Dreitzer, executive director of The Rape Crisis Center in Las Vegas, said the numbers did not alarm her and “are a little bit misleading.”

Kits are not tested for many reasons, she said, and one major reason is victims deciding not to proceed with prosecution.

In addition, some cases are resolved without the need for testing, Dreitzer said.

The director said she has not heard clients complain that untested kits are preventing their cases from moving forward.

Other cities with backlogs, which the Joyful Heart Foundation named Friday, include Milwaukee, Seattle and Tulsa, Okla.