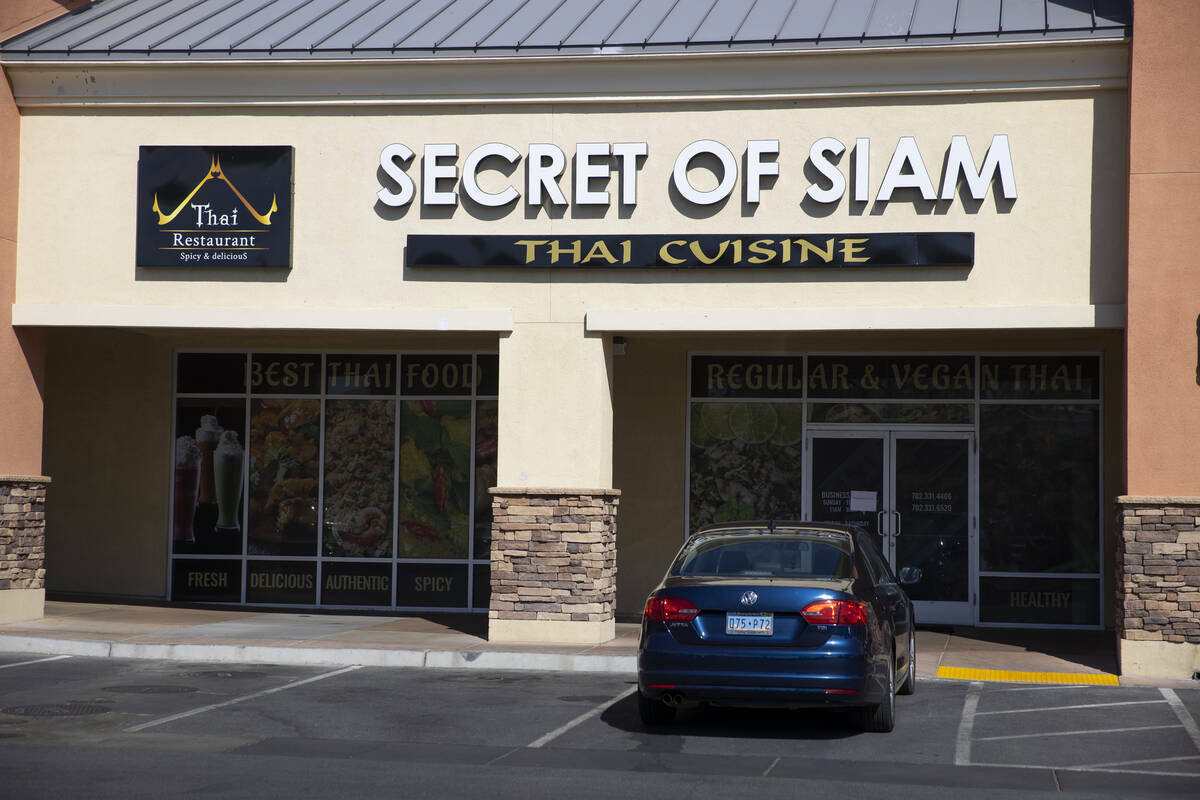 More than 30 people have reported becoming ill after they consumed food and/or drink at a northwest Las Vegas restaurant, according to the Southern Nevada Health District.

Secret of Siam, 5705 Centennial Center, has been closed as the health district investigates.

“The Health District has received reports from more than 30 people whose symptoms included increased heart rate, blurry vision, hallucinations, disorientation or confusion, dizziness or vertigo, loss of consciousness, dry mouth, and numbness and tingling in extremities within hours of consuming food or drink from Secret of Siam,” a health district news release stated.

The incidents occurred in January and February.

People posting on social media said they felt “odd” after eating at the restaurant, with some saying they ended up in the hospital and others saying they later tested positive for THC.

The Metropolitan Police Department said in a statement earlier this week that it had taken “multiple reports” about people becoming ill after eating at the restaurant.

Anyone who may have eaten food at the restaurant is asked to take a survey at www.snhd.info/siamsurvey.

People may also contact the district at (702) 759-1300 if they have any questions or need assistance with the survey.