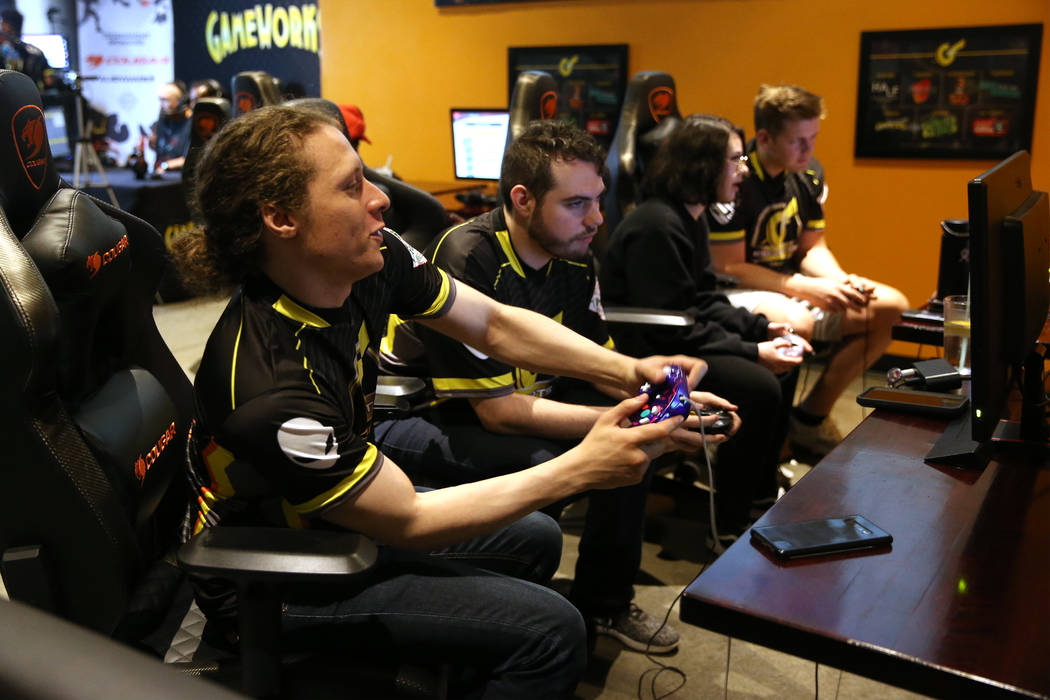 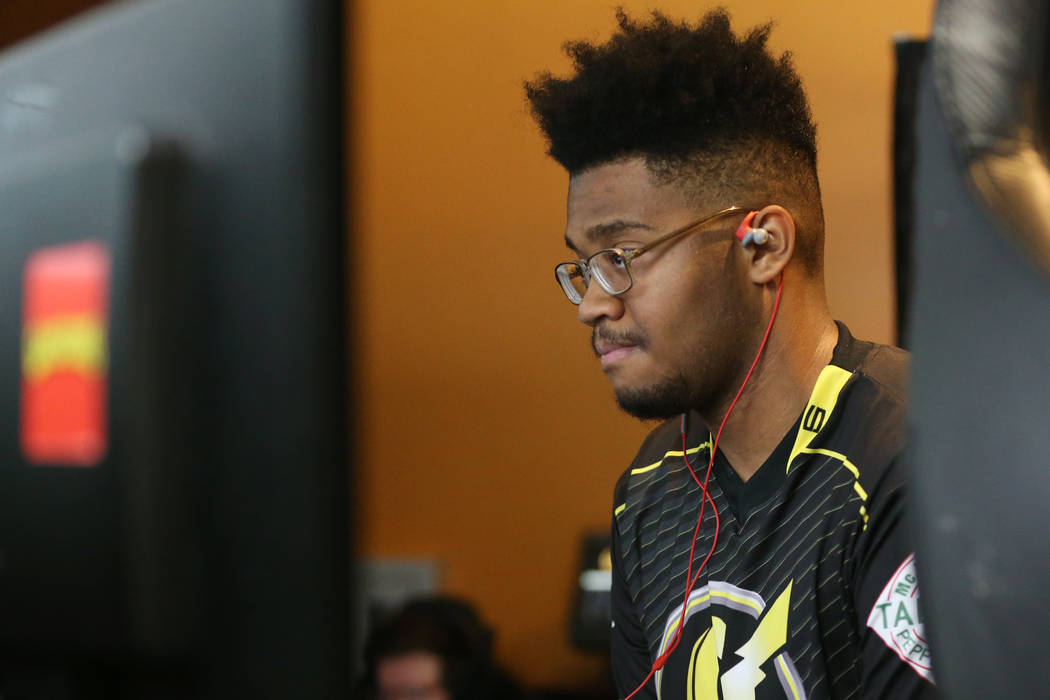 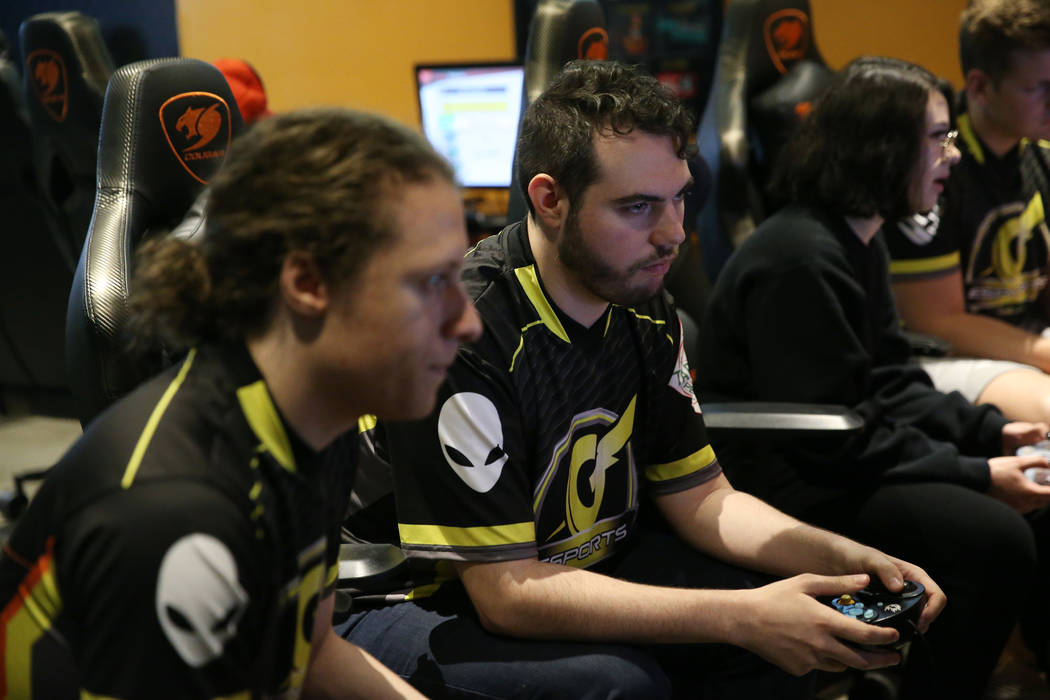 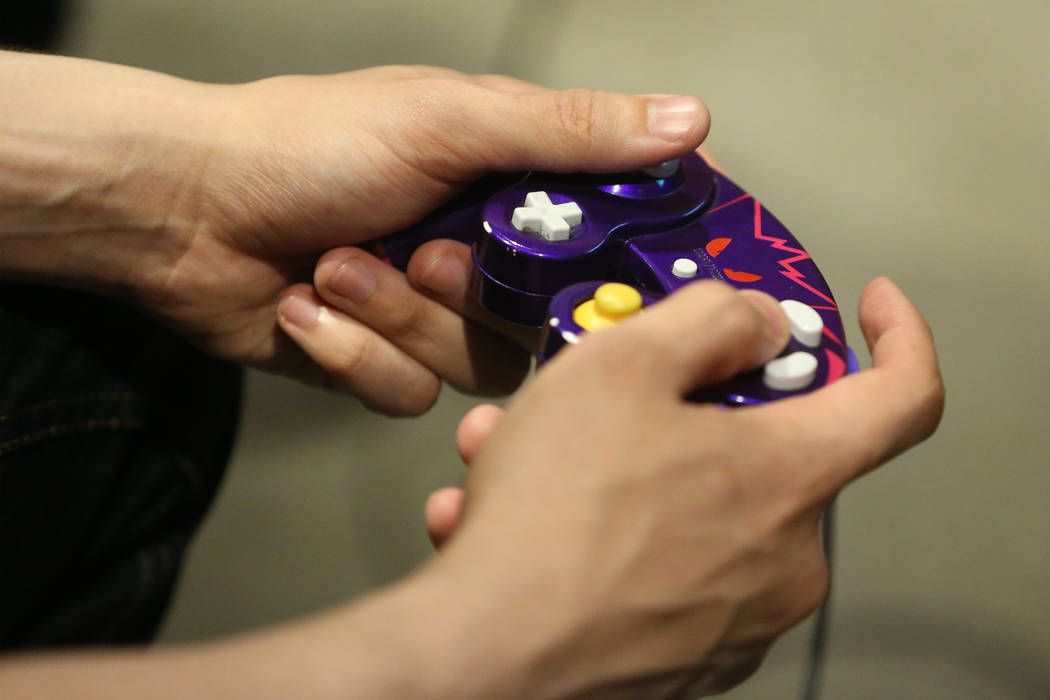 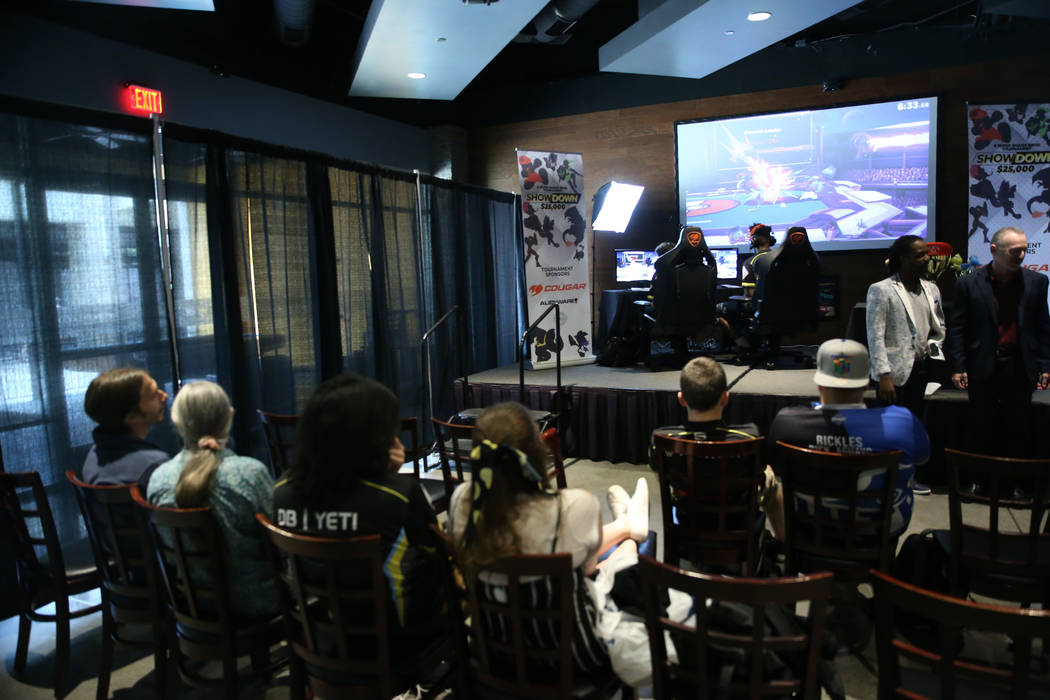 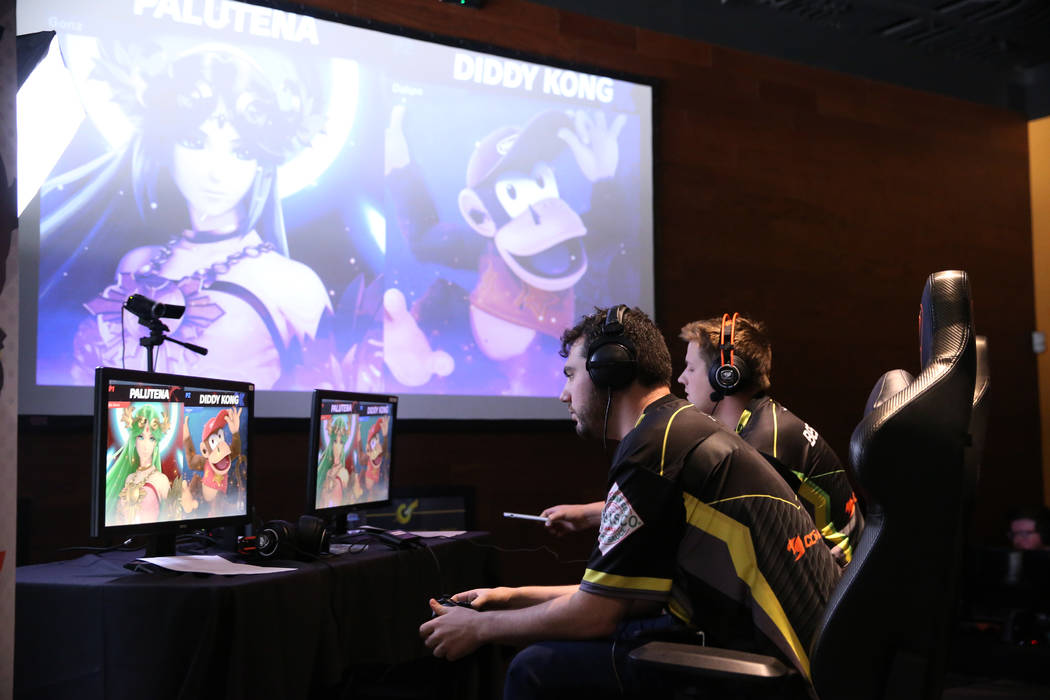 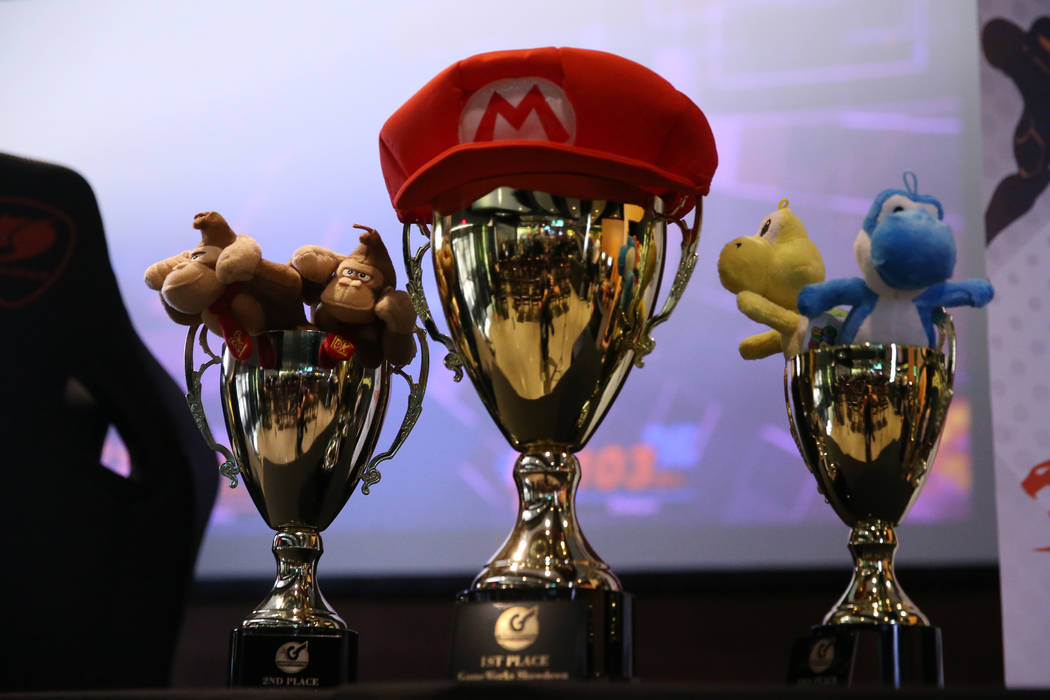 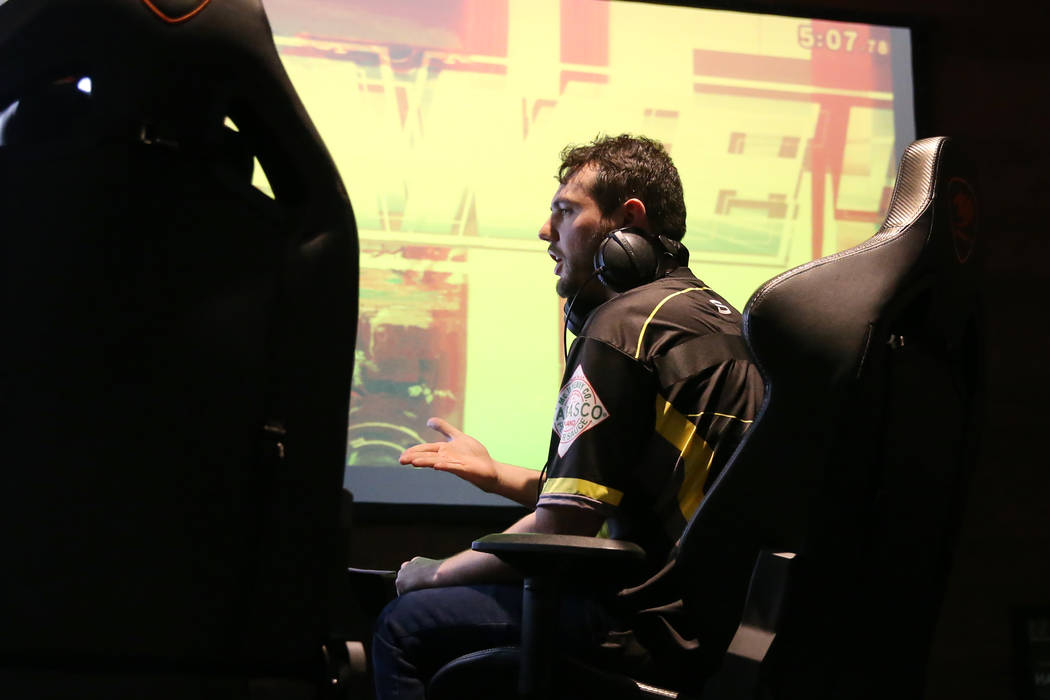 At the far corner of a Las Vegas arcade, a Henderson man tuned out the blaring pop music and clanging of air hockey tables to win a five-hour marathon video gaming tournament – and take home a hefty check.

Freddie Williams, a 23-year-old known in gaming circles as FOW, won the first-ever GameWorks Showdown “Super Smash Bros. Ultimate” tournament on Saturday, beating out seven other finalists who had qualified through regional events held across the country.

“I can’t believe it,” Williams said, shortly after battling back from a 2-1 deficit to win the best-of-five finals. He did not drop a single match on his way to victory.

Saturday’s tournament was the culmination of more than a month of GameWorks events in which winners took home a combined $25,000 in cash and prizes. In all, the eight finalists won $10,000 on Saturday.

Only a handful of spectators turned out at GameWorks, but about 200 tuned in to an online broadcast of the event.

GameWorks, once a traditional arcade and restaurant space, has looked to move deeper into the highly lucrative esports – or professional video gaming – arena. The Town Square Las Vegas location was the first GameWorks to house a dedicated esports area.

According to video game and esports analytics website Newzoo, the worldwide esports economy will surpass $1 billion in 2019.

Las Vegas is also home to a major annual esports tournament, the Evolution Championship Series, which awarded more than $100,000 in prizes last year.

Williams said both his parents have supported his competitive gaming and content creation. His father died in 2011, but his mother has kept up her encouragement – even buying him broadcasting equipment when he got his start on Twitch and YouTube.

“She’s always like, super proud – even if it’s just a local (tournament),” Williams said with a slight chuckle. “She treats it like I just won the World Cup or something like that.”

Williams was not the only competitor from Las Vegas in Saturday’s tournament.

Dakota “Dakpo” Goode, 27, recently moved to the area from Dallas after a job promotion. Unlike Williams, Goode works a day job as supervisor at a Sprint call center.

Goode finished in a tie for fifth and won $300. He gained entry into the tournament by winning a tournament open to any challengers on Friday night. The win also came with a $400 prize.

The two locals have become good friends since Goode’s move. They did not play each other Saturday but could be heard cheering for one another throughout the day.

Both consider themselves to be somewhat part-time “Smash Bros.” players, with Goode playing about two local tournaments per week and Williams competing in three.

“Most serious players do about five a week,” Goode said.

Each will occasionally travel across the country for tournaments, they added.

But first, a vacation.

“I think I’ll take next week off,” he said, flanked by a trophy on one side and a giant check on the other. “Spend some time at home. Sleep.”