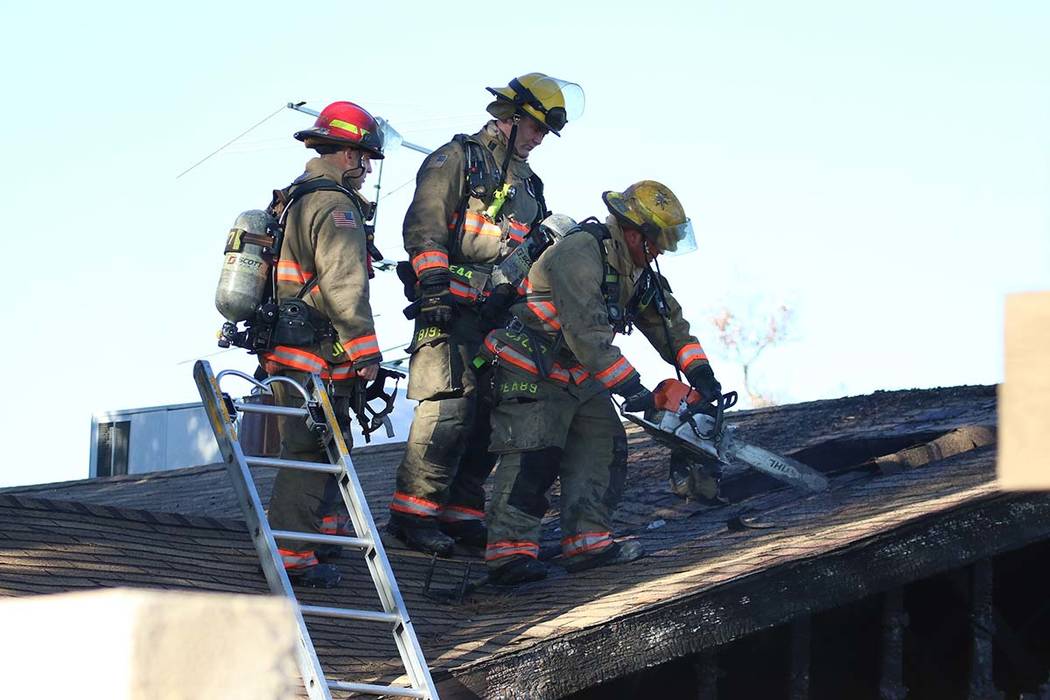 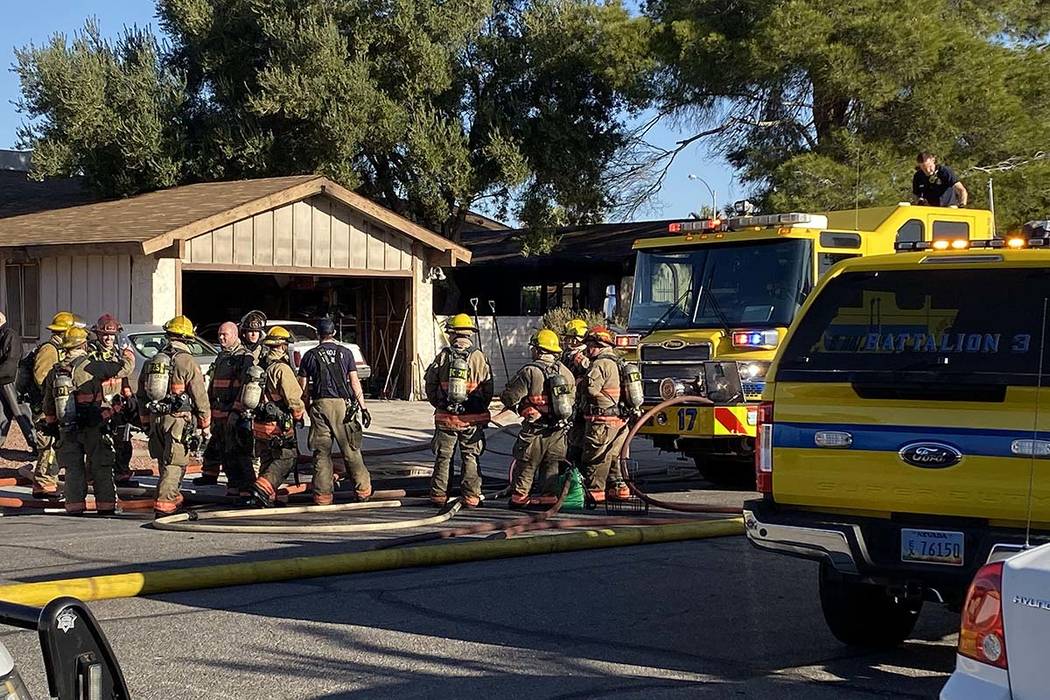 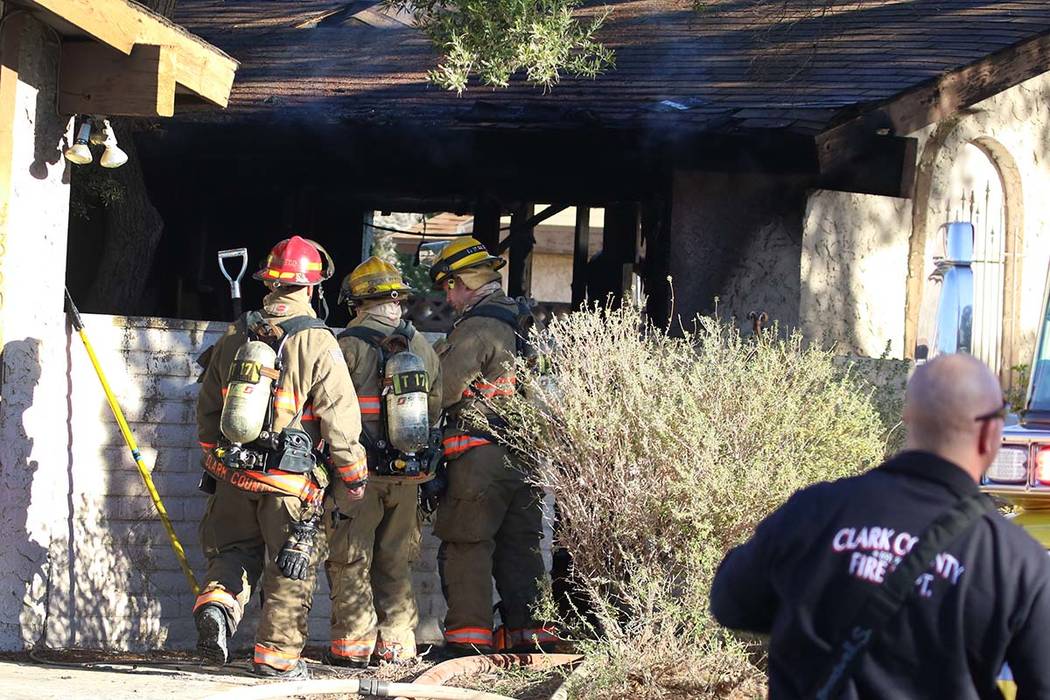 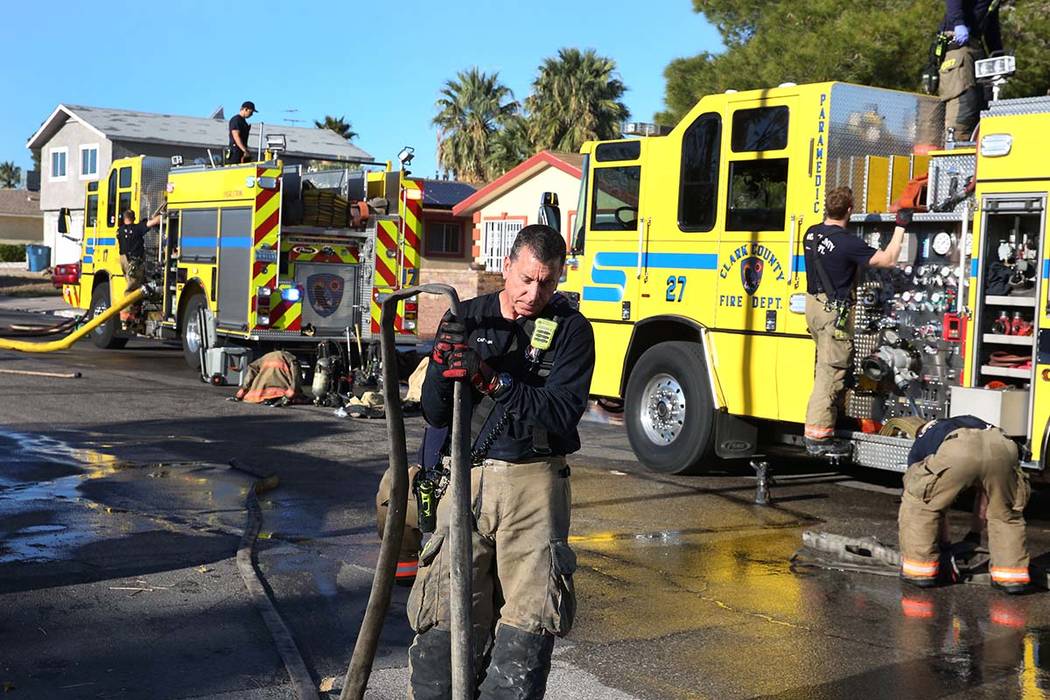 The blaze broke out at 8:09 a.m. in a single-story home at 4860 Plata Del Sol Drive, near Mountain Vista Street and East Flamingo Road.

“Multiple callers reported a house with significant smoke coming from it,” said Kenny Holding, a battalion chief with the Clark County Fire Department. “Our crews arrived just a few minutes later and found a single-story home with smoke and fire showing.”

About 30 first responders worked to put out the blaze.

“There were initial reports of people trapped inside but we found that everyone had escaped,” Holding said. “There are three people displaced from the home and who are currently being assisted by the American Red Cross.”

A resident of the home, Lloyd Failor, stood outside the residence as firefighters investigated the scene. Failor said it appears a family member accidentally left a stove on before going for a walk.

“They are saying there is quite a bit of loss,” Failor said.